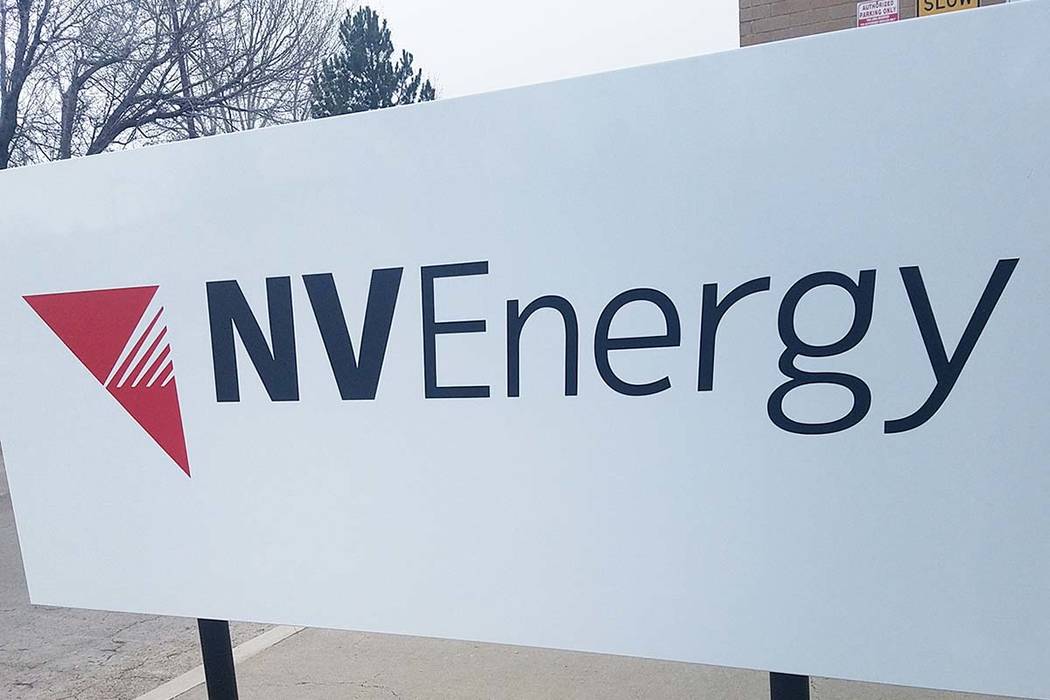 Some are located in Northern Nevada, like the Grand Sierra Resort. Some own casinos, like Boyd Gaming Corp. Others are still under construction, such as the Raiders’ Las Vegas stadium and the MSG Sphere Las Vegas.

What they share is the need for high volumes of energy, and they’re all looking to buy it elsewhere. NV Energy representatives say the exits could push higher electricity prices onto remaining customers.

All about the money

There’s a simple reason so many companies are leaving NV Energy, according to local economist John Restrepo: money.

“They go where they can save,” said Restrepo, the principal of Las Vegas-based RCG Economics. “These companies look at how the industry is evolving, look at the different options they have, and they make a decision (to leave).”

Restrepo said the financial savings must be significant to warrant paying such high fees.

Erik Hansen, the chief sustainability officer for Wynn Resorts Ltd., which left NV Energy in 2016, said via email last year that the company’s decision was based on its desire to control energy delivery options such as the generation source and contract price.

“Wynn is paying less for its electricity consumption compared to if we had stayed a bundled retail customer of NV Energy,” he said. “As an unbundled customer, Wynn has the ability to invest more heavily in alternative energy in order to reduce our environmental impact, ensure a reliable power supply, and reduce peak demand on local power grids.”

Wynn turned toward Baltimore-based energy company Constellation after leaving NV Energy, but at least six of the 10 companies that began the process in 2018 have expressed interest in buying energy off the open market through Texas-based power marketing company Tenaska Power Services Co.

NV Energy and Tenaska might be competing for local companies’ business, but the two have something that ties them together: Nebraska.

Representatives from Tenaska declined multiple interview requests, but the company’s website says the Arlington, Texas-based affiliate began in 1996 and specializes in “physical power marketing and electric asset management for utilities and non-utility generators” and is “one of the largest marketers of physical power in the United States.”

The company also operates a 24-hour electricity trading floor and is “active in short-term and real-time power markets,” according to its website.

Parent company Tenaska, is “one of the leading independent power producers in the U.S.” and ranked as the 26th largest privately held U.S. company in 2018 by Forbes.

Rose McKinney-James, a member of MGM Resorts International’s board and a former PUC commissioner, said Tenaska Power Services’ knowledge of the grid and relationships with power providers might be why it attracts so many companies.

“They seem to do it all,” McKinney-James said. “They came highly recommended.”

For now, the strategy seems to be saving the companies money. Natural gas prices have been low in recent years, with the average Henry Hub natural gas spot price about $4 per million British thermal units in November compared with $6 in February 2014.

“Natural gas and others are going to go up, and the cost of energy will rise,” Snow said. “As you sit down and go through the financial part, it doesn’t make sense to exit from the local utility. … NV Energy contracts are more long-term and stable (compared to the open market).”

McKinney-James said a fluctuating natural gas market could make electricity prices jump, but it’s worth the risk for many companies.

“There could be things that occur (in the natural gas market) that result in higher prices, that’s the reality,” she said. “It’s better to have the ability to self-determinate the nature and pricing of resources.”

A 2016 letter to the PUC from MGM Executive Vice President John McManus said renewable resources were a major factor in the company’s decision to leave NV Energy. McKinney-James believes other companies have similar incentives.

“I think a number of these businesses have indicated the desire to procure and secure renewable resources or cleaner resources because they have internal goals,” she said. “They’re being held accountable by shareholders.”

That could be another reason so many companies are attracted to Tenaska Power Services. The company is a “major player in the growing wind generation industry,” according to its website.

NV Energy has worked to include more renewables in its portfolio in recent years. In May, it announced plans for six new solar projects and has shared a long-term goal of providing energy that is 100 percent based on renewables.

“We are committed to operating our business in a way that continues to decrease our prices,” NV Energy representative Jennifer Schuricht said in an email. “We are developing new pricing and renewable energy options to better meet customer needs while offering free customized products and services to help them achieve additional energy cost savings.”

Also, the average commercial-sector electricity price in Nevada was 26 percent below the national average the first 10 months of 2018, according to data from the U.S. Energy Information Administration.

“We do a reasonable job of providing reasonable cost energy to a majority of Nevadans,” Restrepo said.

Still, the number of companies looking for ways out is on the rise. Only six companies began efforts to leave the utility between 2014 and 2017 compared with 10 last year alone.

Nevada companies were first given the power to leave NV Energy in 2001, when the state Legislature adopted provision NRS 704B.

In a Jan. 10 filing with the PUC, Shawn Elicegui, senior vice president of regulation and business planning for NV Energy, said the state’s energy industry has changed dramatically since then, and he believes the PUC should set a high standard when granting companies permission to leave.

When the law went into place, it was meant to ease an electricity shortage, lower prices and bring new generation assets to Nevada. But customers no longer face critical supply shortages and a “dysfunctional” energy market, he said, and the assumption that “eligible customers would use their financial resource to bring new, lower-priced energy resources to Nevada’s market also has not proven true.”

NV Energy’s revenue requirements “will be spread over fewer billing determinants, resulting in electric prices that are higher than they need to be and, more importantly, were expected to be,” he said in the filing.

NV Energy made up 81 percent of the state’s energy consumption compared with other providers in 2017, down from 85 percent five years prior.

But Snow doubts residential consumers will “see any sort of impact immediately” with so many companies leaving NV Energy.

“If (companies) have to pay an exit fee and are still paying to use transmission lines, it shouldn’t affect much,” he said. “I’m going to speak on the residential side — we’re in a good place. We’re not in a high market. We’re not in a grid that goes down all the time. We’re in a safe, stable grid in Las Vegas.”

McKinney-James expects departures to continue in 2019 but believes NV Energy will power through.

“(NV Energy has) been keeping the lights on a long time,” she said.