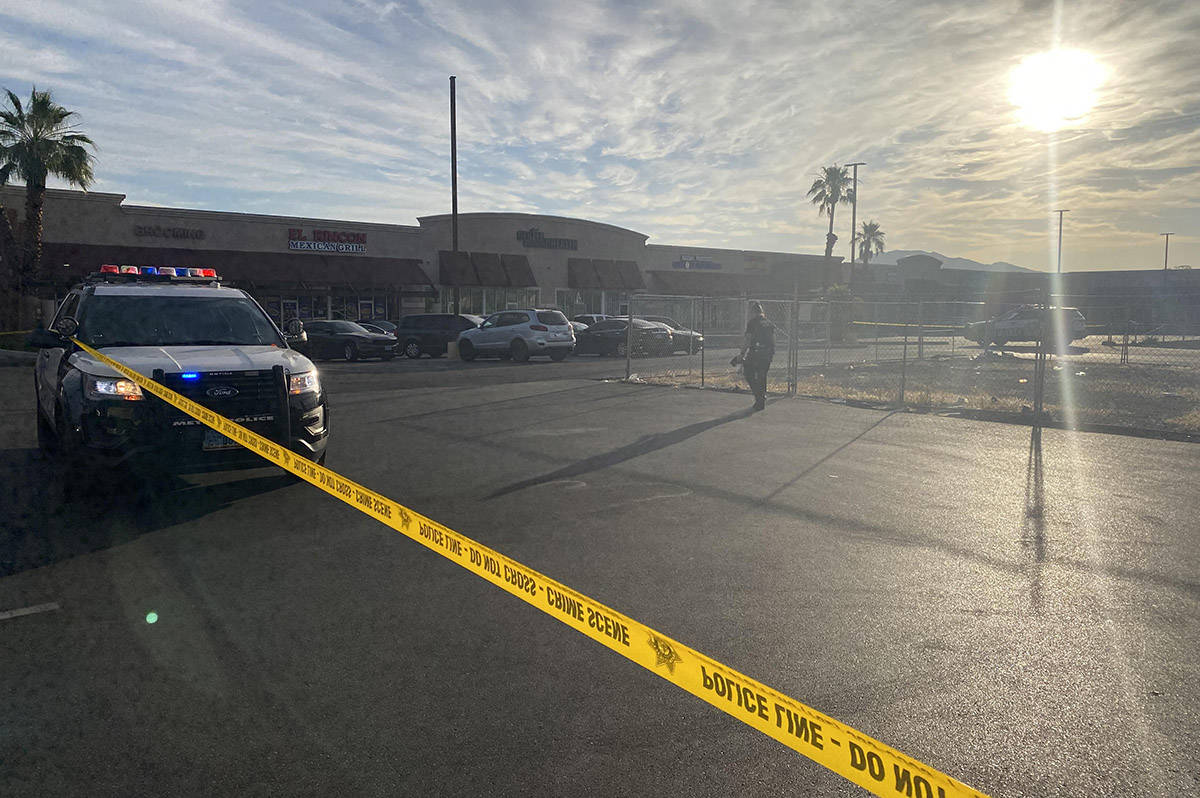 Las Vegas police last week arrested a second suspect in the June fatal shooting of a 48-year-old man at a strip mall, according to Metropolitan Police Department records.

Lori Felix, 50, was booked into the Clark County Detention Center on Saturday on suspicion of conspiracy to commit murder and murder with a deadly weapon, according to court records and Metro booking logs. On Oct. 16, Las Vegas police arrested 29-year-old Kendrick Williams in the same shooting that killed Herbert Van Harris, 48.

About 4:08 a.m. June 5, police were called to the 3000 block of East Desert Inn Road, where they found Williams suffering from multiple gunshot wounds in the parking lot of the Pecos-McLeod Plaza. Detectives determined that Williams and Van Harris had been in a fight, and Williams coordinated with another person to shoot the 48-year-old, according to Williams’ arrest report.

Another person had arranged a meeting between Williams and Van Harris, and a witness told police she saw a woman yelling at another man “to run” right after the shooting, the report said.

Williams faces a charge of murder with a deadly weapon, and he remained in jail on Tuesday with $100,000 bail, court records show. He is due in court Nov. 2.

Further information about Felix’s arrest was not immediately available. She remained in jail on Tuesday without bail and is scheduled to appear in court on Wednesday, court records show.