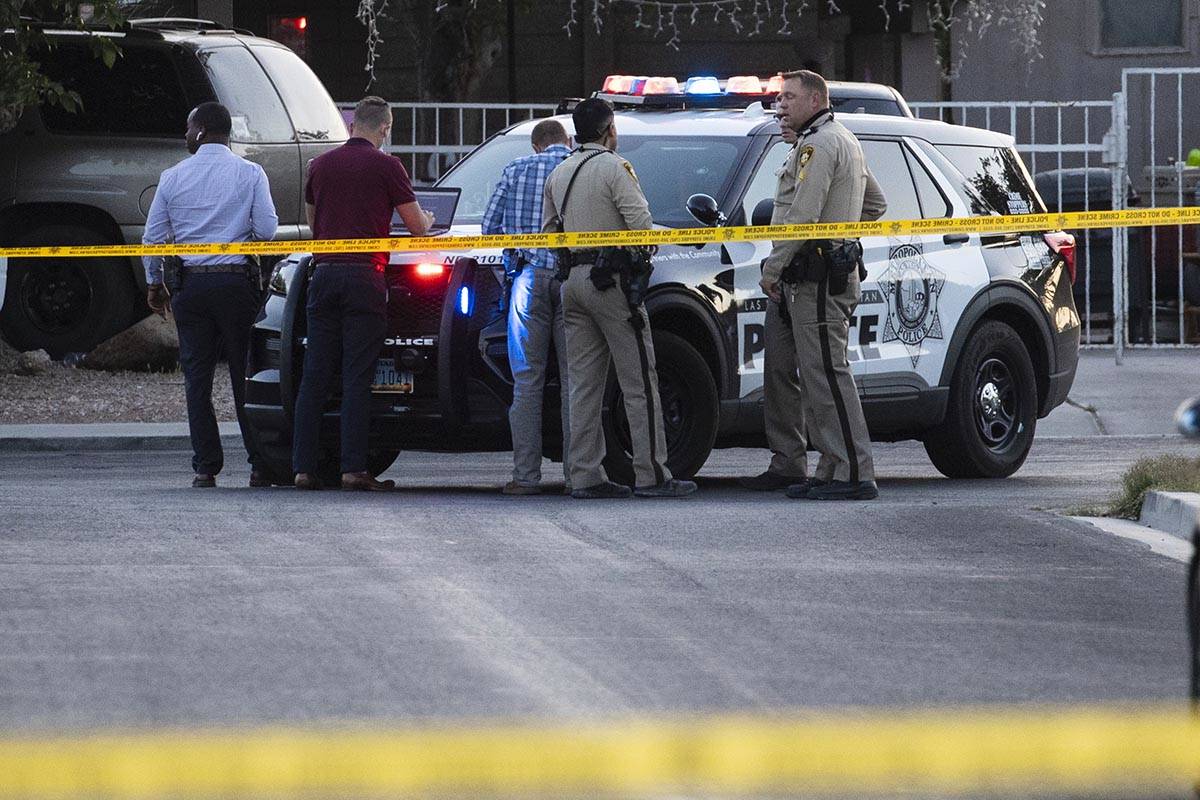 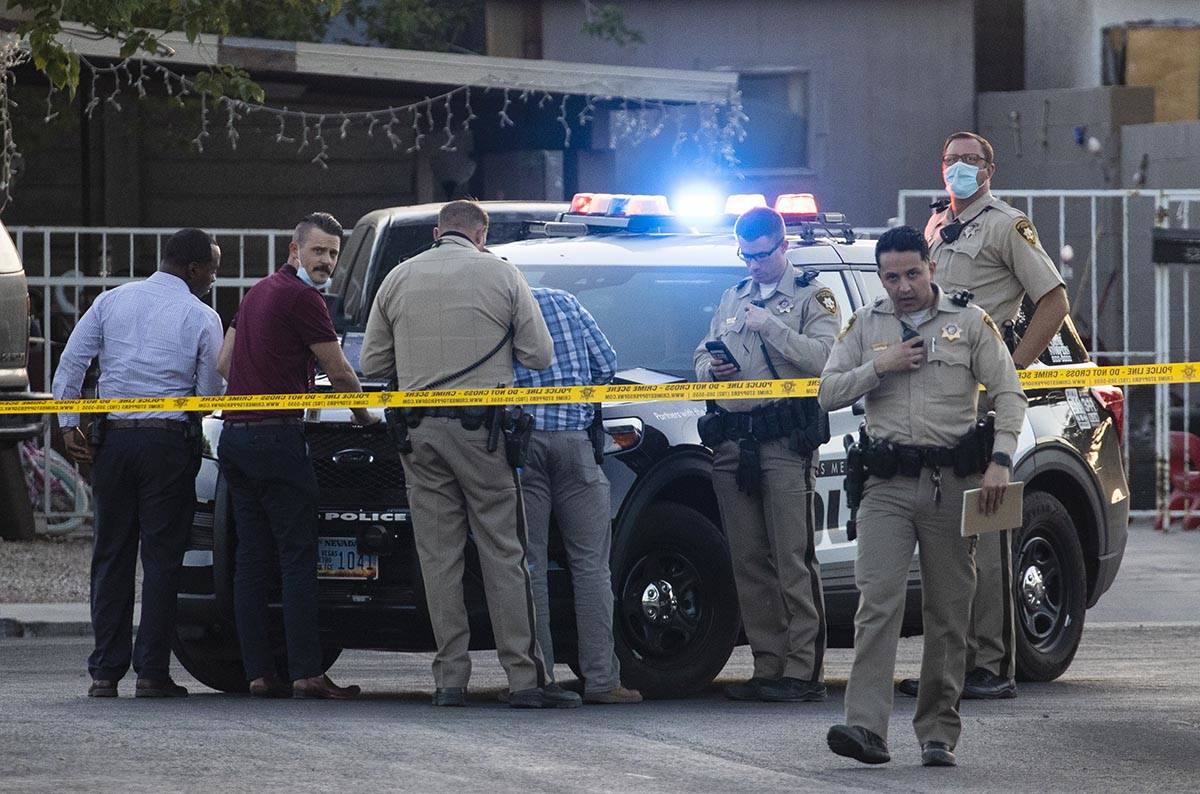 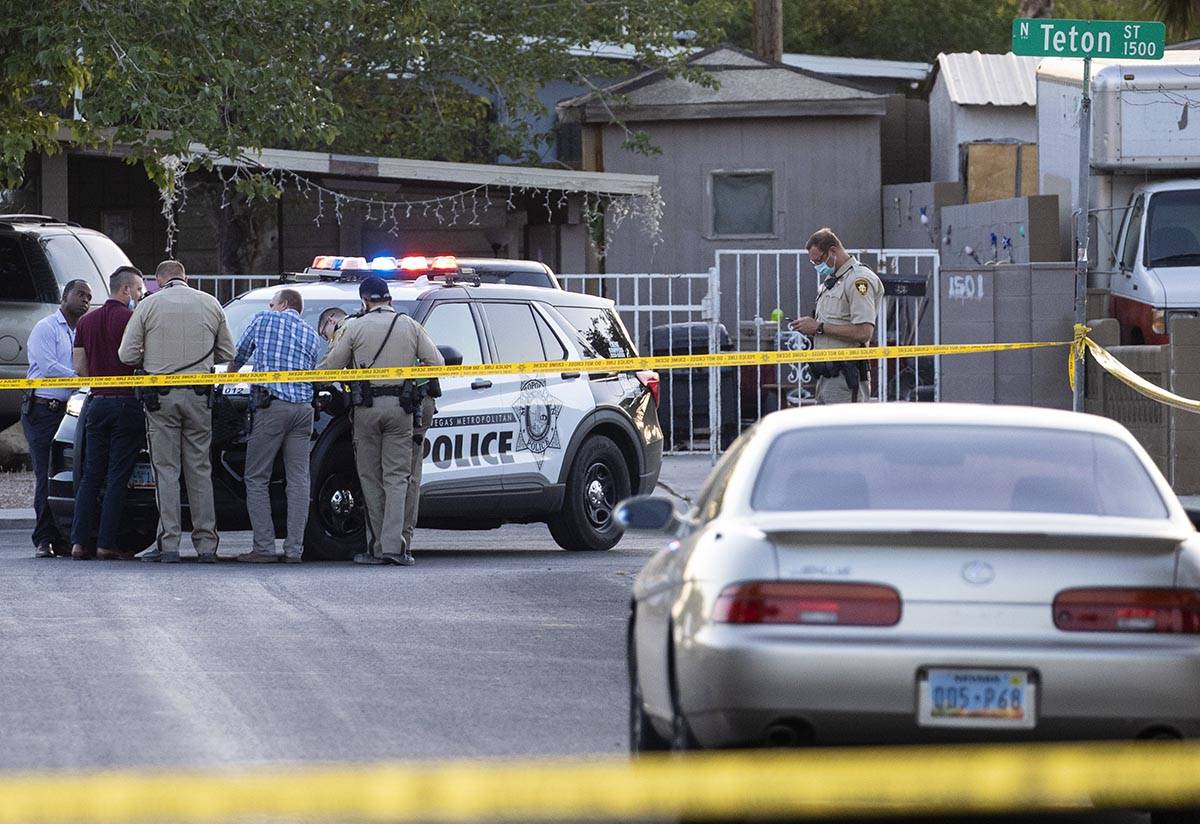 The first homicide occurred about 10:46 p.m. Saturday in the east valley when police received a ShotSpotter notification alerting them to gunfire near Amberleigh Lane and South Mountain Vista Street, according to a news release.

Officers located a man in a car suffering from multiple gunshot wounds. He was pronounced dead at the scene.

The Clark County coroner’s office later identified the man as Alfonso Turner, 29, of Las Vegas. He died of a gunshot wound to the head, and his death was ruled a homicide, the coroner’s office said.

Homicide investigators believe the man was sitting in the car when he was shot at by two men, who left the scene before police arrived.

Officers were called to a parking lot on the 2900 block of Las Vegas Boulevard North at about 4:45 a.m. after receiving reports of an injured person inside a trailer, police said.

Police found a man suffering from an apparent gunshot wound. The man, believed to be in his early 30s, was pronounced dead at the scene.

Officials do not consider the shooting a random act of violence. No arrests had been made as of Sunday afternoon, North Las Vegas police spokesman Alexander Cuevas said.

The third homicide occurred about 5:40 p.m. in northeast Las Vegas.

Metropolitan Police Department Lt. Richard Meyers said officers were called to the 3200 block of Lava Avenue in response to reports that a man had been shot.

They found a man with a gunshot wound inside a house, Meyers said. He was pronounced dead at the scene by the Las Vegas Fire Department.

As of Sunday night, Meyers said police did not have any information about possible suspects or motive.

An inmate was charged with murder in connection with the killing another inmate, according to a Metropolitan Police Department arrest report released Monday.

Sergio Dominguez, 40, is accused of using his shirt to strangle fellow inmate Jason Dickman, who was in his 40s.

Dominguez told detectives that he intended to kill Dickman because Dickman “did something in the next cell” before they were moved into the same cell, according to the report. The killing was captured on surveillance footage, the report states.

Officers were called to a shopping plaza parking lot at about 9:25 p.m., where they found a man dead from a gunshot wound inside a sedan, according to a Monday news release. Police believe he was approached by two other men, one of whom shot him.

The Clark County coroner’s office will confirm the cause and manner of death for each of the men killed and name those not yet identified once relatives have been notified.