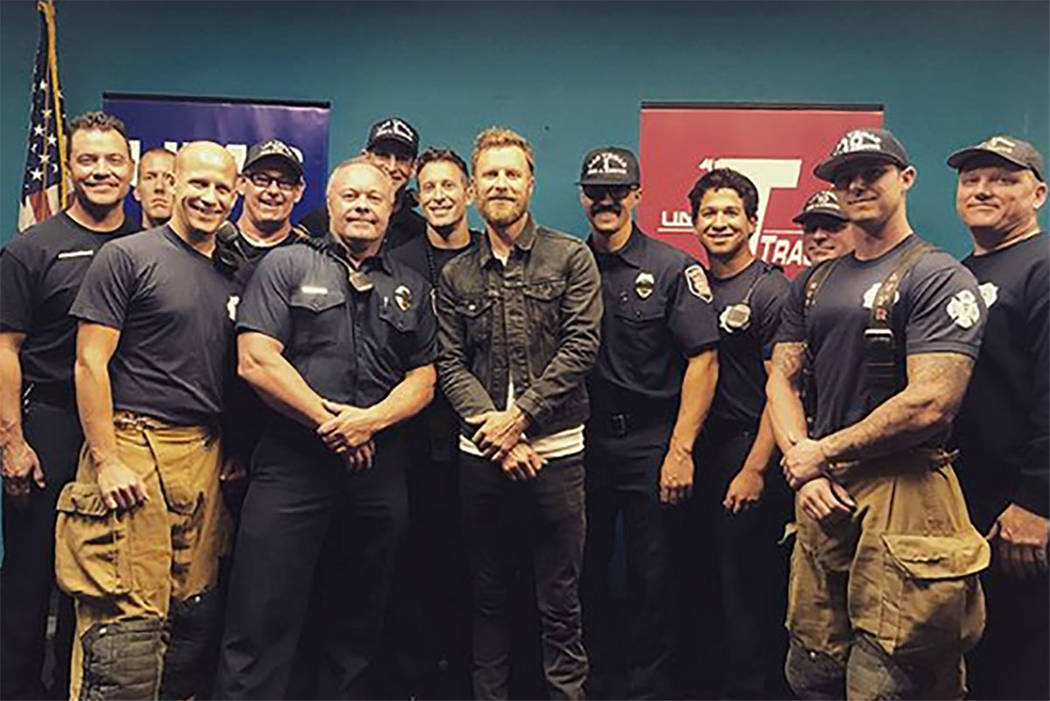 Country music star Dierks Bentley visited University Medical Center on Monday, where he played an acoustic set and said he’s “at a total loss for words” over the Route 91 Harvest festival shooting.

Bentley posted messages and a photo on his Instagram page shows him playing an acoustic set for the hospital staff. Last week, he donated blood for victims of the shootings.

few more from #Vegas tonight. everyday heroes among us.

The day after the tragedy, Bentley told the Hollywood Reporter, “Those fans are all family to us. It’s a community like no other, and I’m sure I know some people that were killed or wounded,” he told the Hollywood Reporter. “We see a lot of the same faces on the road. It’s a really tight group. The boundaries between the audience and the stage are thin, metaphorically, in country music.”

Aldean was performing at the festival Oct. 1 when the shooting started.

thank you @umcsn for letting me stop by and hang with y’all for a little bit. thank you for sharing your stories and your time. i needed that. #vegas #vegasstrong #firstresponders

stopping by #vegas to say hi to some folks

Was an honor to meet Dierks Bentley tonight. He hosted a dinner and acoustic performance for all of the first responders in Las Vegas. @smelia874 @dierksbentley #vegasstrong

Dirks Bentley shows his support in the best way he knows how…a private show for first responders in a conference room at UMC. We got to hug some CCFD family and I was humbled standing amongst those that selflessly protect us every day. Dirks said he was really nervous when he showed up..love it!

Dierks Bentley stopped by the hospital last night to show love and support to the medical professionals and first responders! That was pretty awesome! #prayforlasvegas #vegasstrong #umc #lovewhatido