Contestants at the Mrs. Nevada America pageant were performing to an empty room Sunday night after being told by the city of Las Vegas that the crowd size did not comply with Gov. Steve Sisolak’s mandate.

Metropolitan Police Department Lt. Jeff Stuart said officers accompanied city employees, who told organizers they had to close the event off to guests at the Ahern Hotel. One attendee estimated about 200 people were at the event. Stuart said attendance had to be reduced to fewer than 50 due to Sisolak’s Phase Two order.

City spokesman Jace Radke said in a statement that the pageant violated the order “by attempting to hold the Mrs. Nevada pageant with spectators.”

“Business Licensing accompanied by Metro Police did visit the property tonight and the event was stopped,” Radke said in the statement. “Earlier in the weekend the city attempted to notify the Ahern Hotel that the pageant would violate the governor’s directives, but our licensing officer was escorted off property by hotel security.”

On Thursday, an ‘Evangelicals for Trump’ event at the same hotel with more than 500 attendees proceeded despite warnings from city and state officials, including several attempts by police to shut it down as it unfolded. The group received a $250 fine for violating the governor’s order.

“Everyone was wearing masks – the contestants had face shields so they wouldn’t mess up their makeup – and the tables were all spread at least 6 feet apart to ensure social distancing,” Mullin said. “They were doing everything right, but it still got shut down.”

In order to comply with the 50-person limit, Mullin said, anyone not working or competing in the pageant was required to leave.

Mullin said most people ultimately left the hotel completely. She said she and her group got a table at the restaurant a floor above the pageant to eat dinner while they waited for the contestant they were there to support.

“Tickets were $50, and I know a lot of people flew in from out of town for the event,” Mullin said. “Multiple people from our group flew in from San Francisco, but they said that if the money they put in ends up going to the winner’s charity, it’ll be worth it.”

Officials with the pageant did not immediately respond to request for comment, but the event was being livestreamed on the pageant’s Instagram page as of 7:30 p.m. 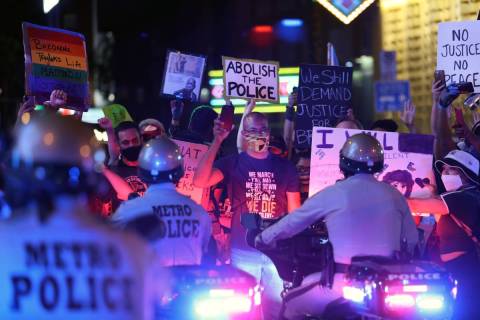