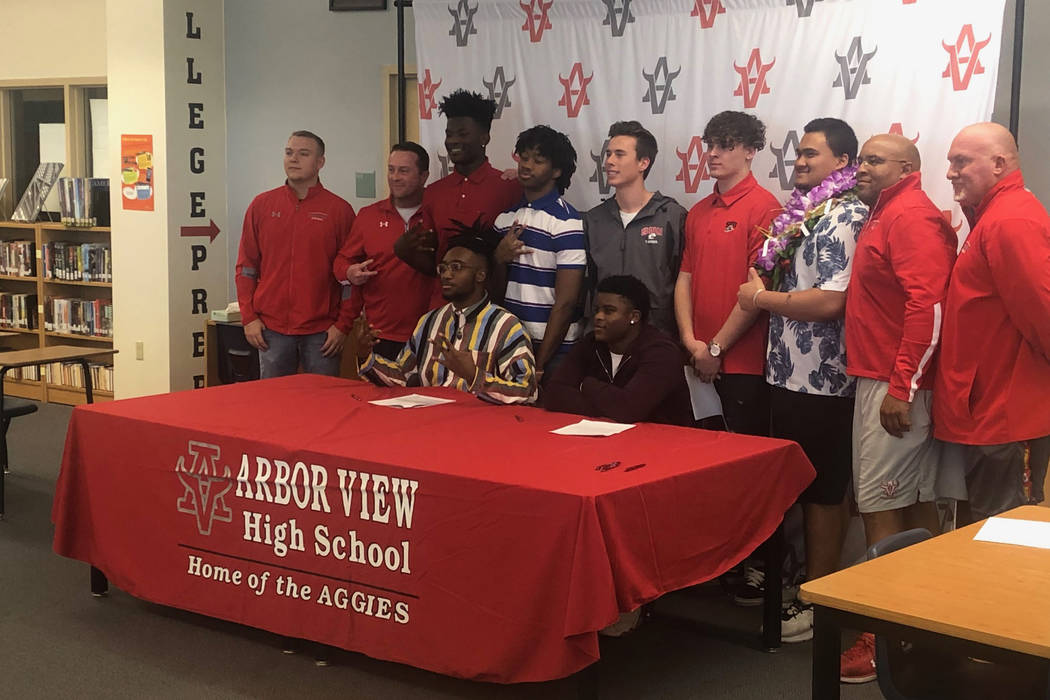 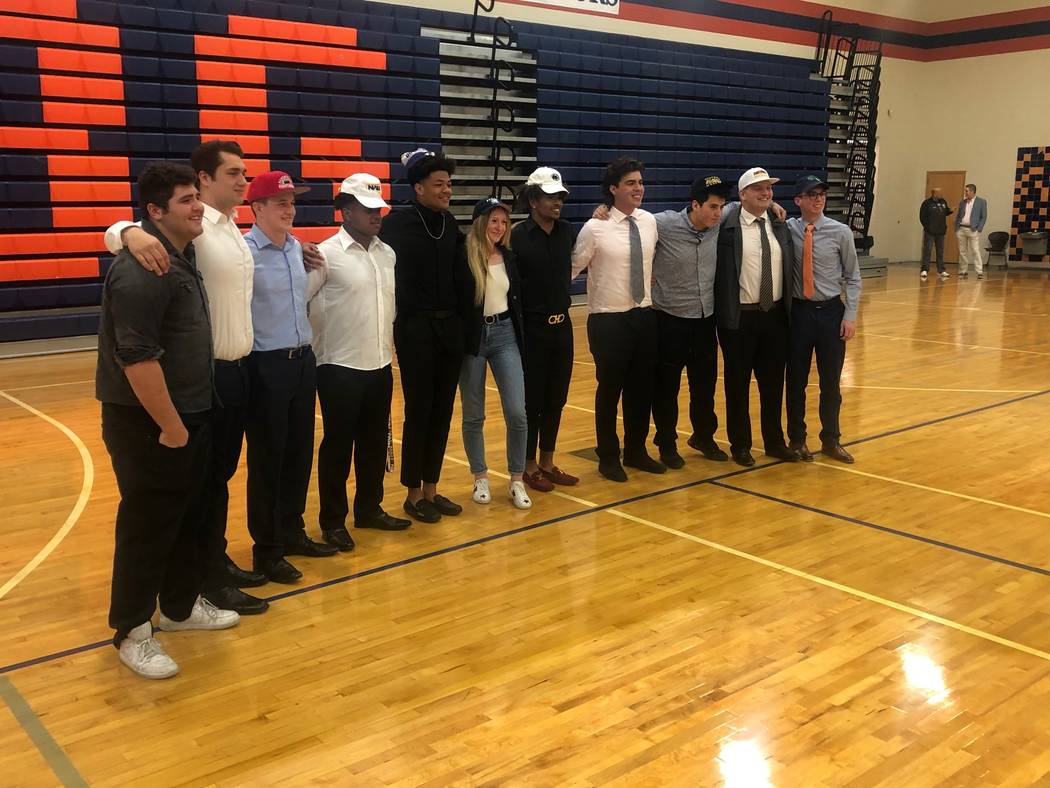 For national signing day Wednesday, Arbor View’s Israel Mann looked every bit the part of someone who was raised in Hawaii.

He was dressed in shorts, a floral-patterned shirt and a couple of leis.

Mann’s attire probably will look a little different at this time next year. The offensive lineman is one of six Las Vegas Valley football players who signed to play at Southwest Minnesota State, a Division II school in Marshall, Minnesota.

“I’m able to handle this Las Vegas weather,” Mann said with a laugh. “(Handling the Minnesota cold) should be doable.”

Southwest Minnesota State is one of several schools from the Upper Midwest that have made inroads in recruiting Las Vegas in recent years.

Jones also laughed off the idea of dealing with the cold, saying he’ll “have to be ready for it.” He and his new teammates are more concerned about helping the Mustangs improve on their 3-8 record this past season.

“I like it. We have our Twitter group chat with all the recruits in it,” Petrie said. “It just feels good. When I went up there for my visit, I just loved it, so I committed the day they offered me up there.”

That was a common occurrence among the Las Vegas group, according to what Wilson told Legacy coach John Isola.

Mustangs defensive coordinator Shay McClure is the main reason for the sudden pipeline from Las Vegas schools to Southwest Minnesota State. As the head coach at Dixie State in St. George, Utah, for three seasons before going to the Mustangs, McClure was about two hours from Las Vegas and established relationships with coaches throughout the valley.

“He’s a good guy,” Isola said. “I really like him. He always talks well to the kids and coaches, and he’s very enthusiastic and committed to winning. The kids see that.”

It’s certain to be a culture shock for the Las Vegas athletes headed to Marshall, a town of almost 14,000. But they hope to bond as new teammates as they begin their college journey.

Person and Petrie will be reunited with former Gorman teammate Brad Gould, who will be a sophomore offensive lineman in 2020.

“It’s a big comfort level, and it’s going to be a big culture change,” Person said. “There are a lot of Vegas kids, and we can play ball.”

“Those Upper Midwest coaches have been recruiting Vegas hard the past two or three years,” Arbor View coach Matt Gerber said. “They’ve made good inroads with the coaches and kids here. They provide quality football. This isn’t like California, where there are a lot of junior colleges and schools all around. Those schools are smart. They come in here knowing there’s a lot of talent in this town, and they recruit here hard.”