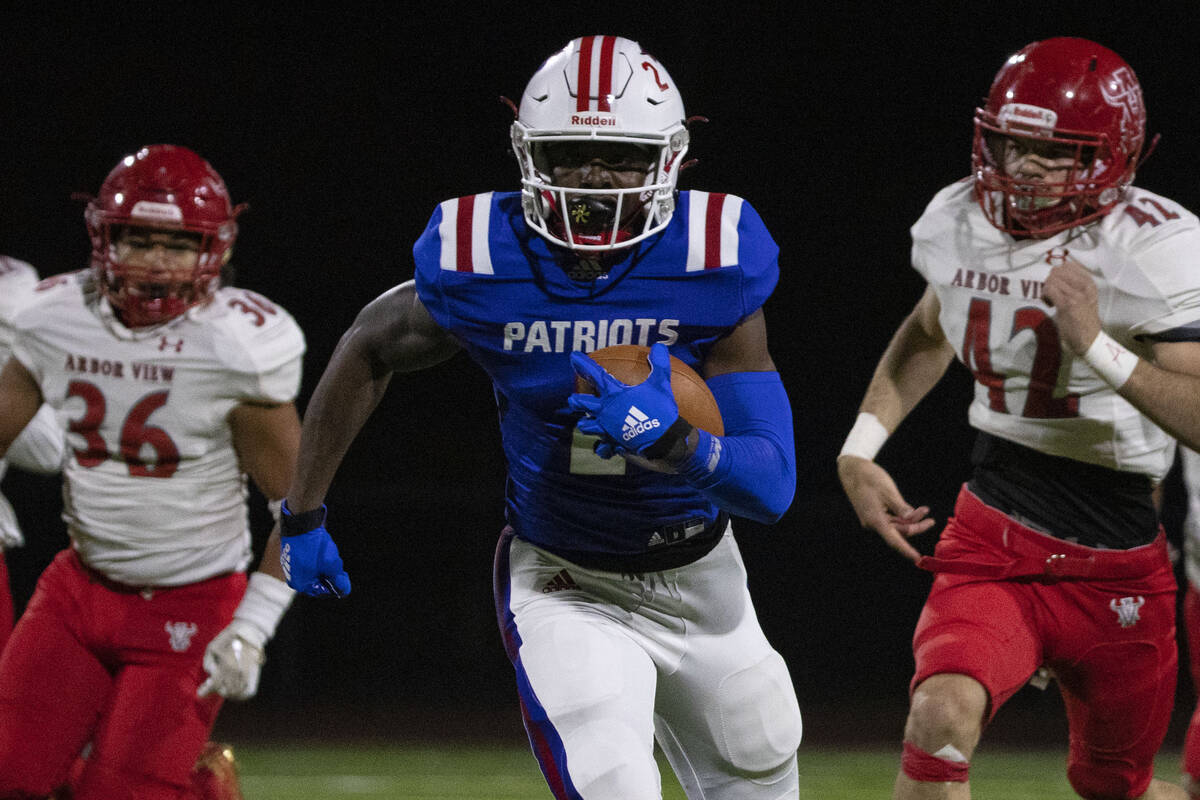 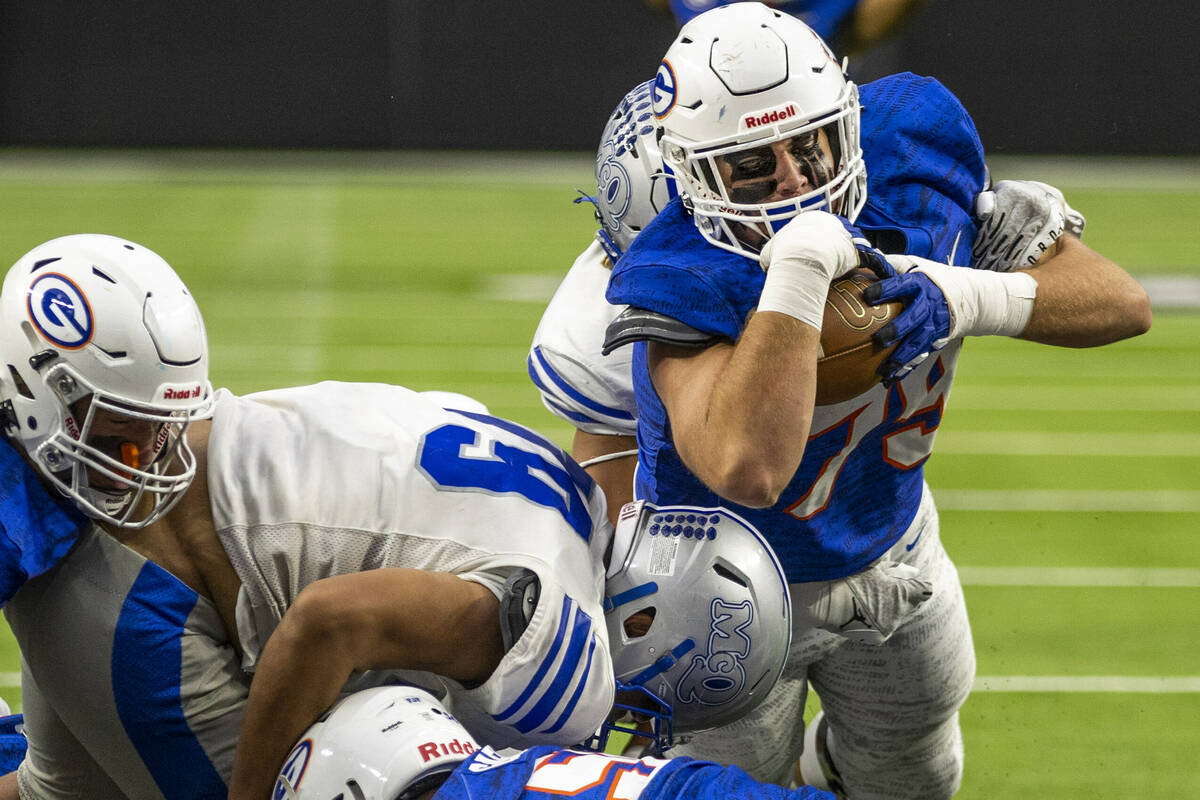 Two of Southern Nevada’s most high-profile recruits had a decision to make in the weeks leading up to the early signing period.

Liberty wide receiver Germie Bernard committed to Washington in the summer before his junior year. Bishop Gorman offensive lineman Jake Taylor gave his verbal pledge to Oklahoma in July, but both teams’ coaching situation has changed since then.

Washington fired coach Jimmy Lake during the season. Lincoln Riley left Oklahoma in favor of Southern Cal after the season. Despite that, Bernard and Taylor, both four-star recruits according to 247Sports, are expected to keep their commitment to their respective schools and officially sign on Wednesday.

Attempts to reach Bernard and Taylor for comment were unsuccessful, but Taylor posted a photo with Oklahoma running backs coach and former Bishop Gorman standout DeMarco Murray after the two had dinner on Taylor’s Dec. 2 birthday.

“Just wanted to say thank you for all of the birthday wishes yesterday,” Taylor said on Twitter. “It ended with a great night with @DeMarcoMurray. I told him that I still am, and always will be, 100% committed to The University of Oklahoma.”

Like Taylor, Bernard took to Twitter to confirm his commitment to Washington, posting a picture of himself smiling with new coach Kalen DeBoer on Dec. 9.

Taylor helped the Gaels to a 12-1 record and the Class 5A state championship. In the state championship game, Taylor lined up at fullback and scored on a 5-yard touchdown run to give the Gaels a 7-0 lead on their way to a 56-7 win over McQueen on Nov. 18 at Allegiant Stadium.

The explosive and versatile Bernard was the Gatorade Nevada Football Player of the Year. He caught 53 passes for 956 yards and 12 touchdowns in helping the Patriots to a 10-2 record and the 5A Southern Region championship game.

Bernard also ran for 452 yards and four touchdowns and returned three punts, one kickoff and an interception for scores. He is expected to combine with former Gorman standout Rome Odunze, the 2019 Gatorade Nevada Football Player of the Year, as part of Washington’s receiving corps.

Bernard has never given any public indication he had wavered on his commitment to Washington despite the coaching upheaval. Taylor told 247Sports he turned down an invitation to meet with Riley after he left Oklahoma.

He’ll play for Brent Venables, the former Oklahoma defensive coordinator who most recently spent 10 years in the same position at Clemson, before being named Oklahoma’s coach Dec. 5.