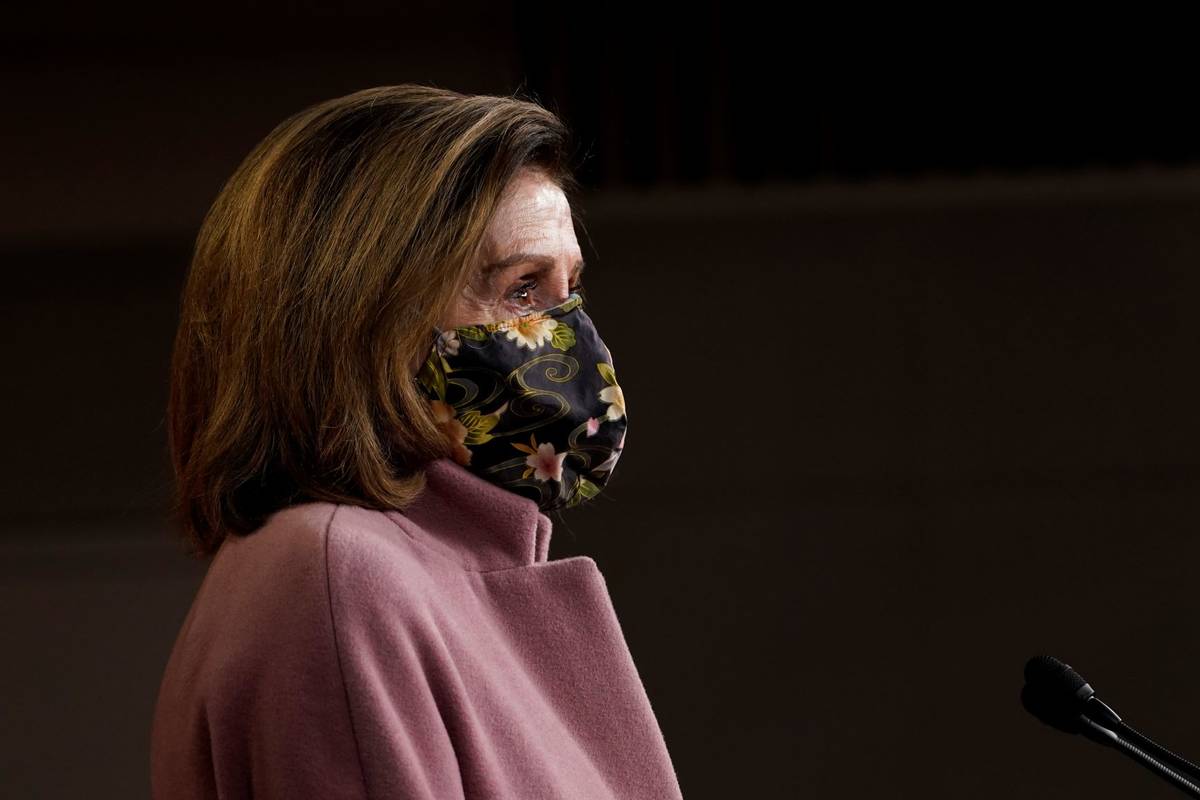 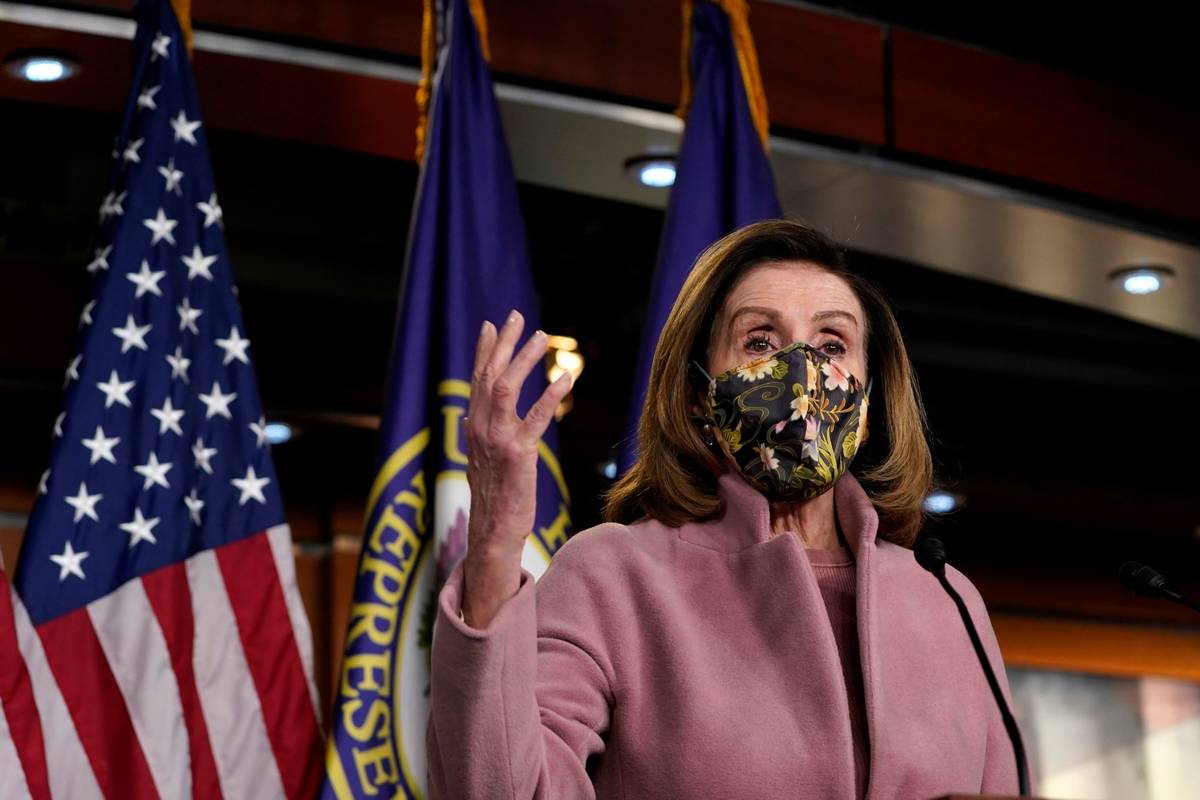 WASHINGTON — House Speaker Nancy Pelosi on Thursday said Democrats would move immediately to pass a $1.9 trillion coronavirus stimulus package, the top priority of the new Biden administration and eagerly awaited by Nevada lawmakers due to hardship the pandemic has created in the state.

The Nevada congressional delegation has sought more funds to distribute vaccines, provide health care services, provide aid to cities and tribes and provide assistance to those who have lost jobs in the state, which has one of the highest unemployment rates in the country.

President Joe Biden immediately upon taking office signed executive orders to combat the virus and unveiled a stimulus package that would give Americans another $1,400 in relief checks, extend federal unemployment past March and increase the current amount of $300 per week to $400 in unemployment aid.

Sen. Jacky Rosen, D-Nev., applauded the swift action by the incoming administration. She said that one year ago, the first case of coronavirus in this country was confirmed by the Centers for Disease Control and Prevention.

“In the past 12 months since, Nevadans and Americans across our nation have experienced great loss and tremendous hardship,” Rosen said.

The pandemic has forced closures of businesses in a state where the economy is dominated by the tourism and hospitality industries.

Casino and business closures pushed the state’s unemployment rate to 10.1 percent in December 2020, the second highest behind New Jersey at 10.2 percent, according to the Bureau of Labor Statistics.

The unemployment rate is even higher in Las Vegas than the state figure. Southern Nevada saw unemployment hover around 13 percent in October.

There have been 266,343 confirmed cases of COVID-19 in Nevada, and 3,911 reported deaths, according to the Nevada Department of Health and Human Services.

A relief package proposed by Biden would include funds to streamline production and distribution of vaccines and improve safety requirements to open schools and businesses.

Democrats in the House and Senate back the plan.

“It’s what the people need, what the country needs to crush the virus, put money in the pockets of the American people and honor our heroes,” Pelosi said at a news conference.

Committees are expected to work on the bill and the House could vote on the relief package as early as the first week of February.

Republicans in the House and Senate have taken a more cautious approach to the proposal.

Sen. Susan Collins, R-Maine, said she was unsure of the price tag on the bill. She said she wanted to hear the Biden administration’s justifications for the cost before she would vote to pass the legislation.

Some Democrats in the Senate, like Ron Wyden of Oregon, want to increase the relief to individuals, which would raise the cost of the bill.

Senators are still organizing rules for the 117th Congress. Democrats, with Vice President Kamala Harris as the tie-breaking vote, will control the equally divided Senate.

Democrats would need Republican support, or to abolish procedural rules and end the filibuster, to bring the bill to the floor and vote on a package approved by the House. Current rules require 60 senators to vote to end debate and proceed to a vote on legislation.

Nevada lawmakers said additional federal help for the state is urgent, with assistance funneled to hard-hit sectors of the economy and help to both rural and urban residents and businesses.

Sen. Catherine Cortez Masto and Rep. Dina Titus have sought to expand federal assistance to the hospitality industry, the economic backbone of Las Vegas with tourism, entertainment and gaming.

Other members of the delegation, Rosen and Reps. Mark Amodei, Steven Horsford and Susie Lee have worked to enhance federal assistance through numerous federal programs.

Earlier this week, the U.S. Department of Health and Human Services awarded $177 million to the state to provide infectious disease surveillance, investigation and prevention.

And $123,809 was delivered to the state from the federal government to improve data quality and assist public health agencies with contact tracing in Las Vegas.

Those funds were included in previous coronavirus relief bills passed by the House and Senate and signed into law by former President Donald Trump last year.