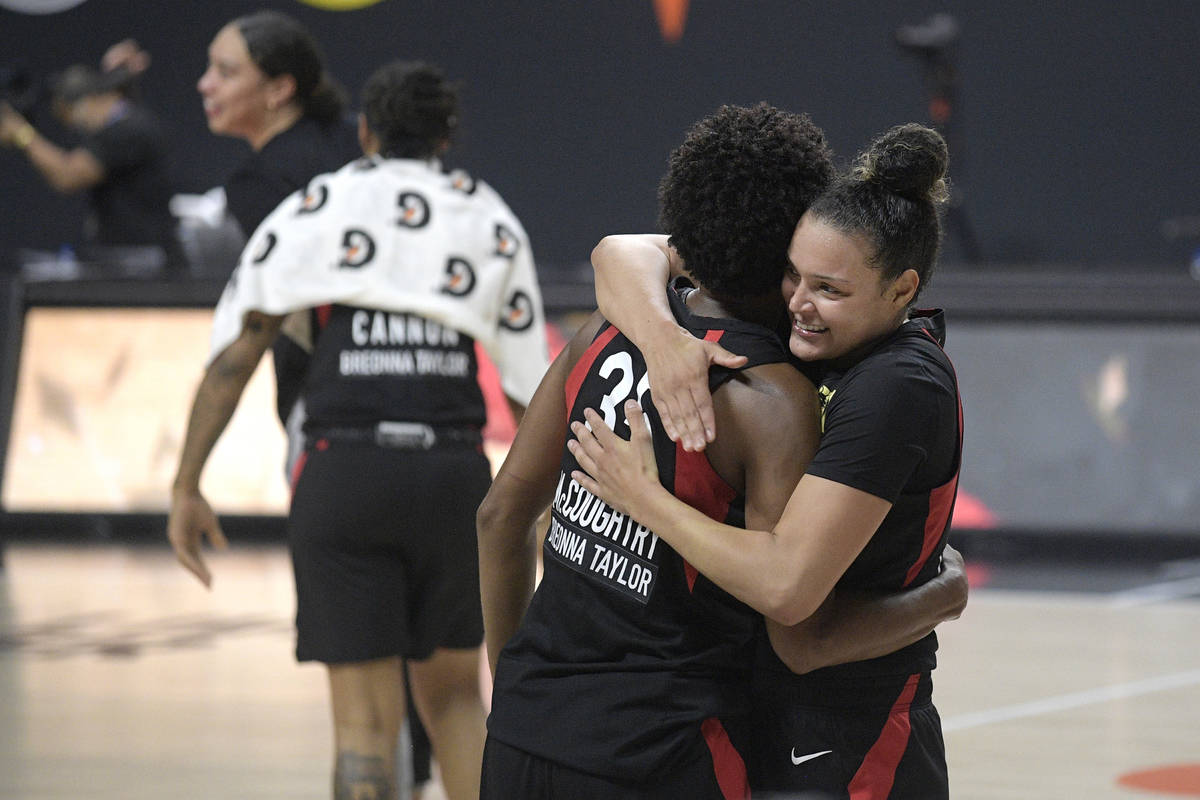 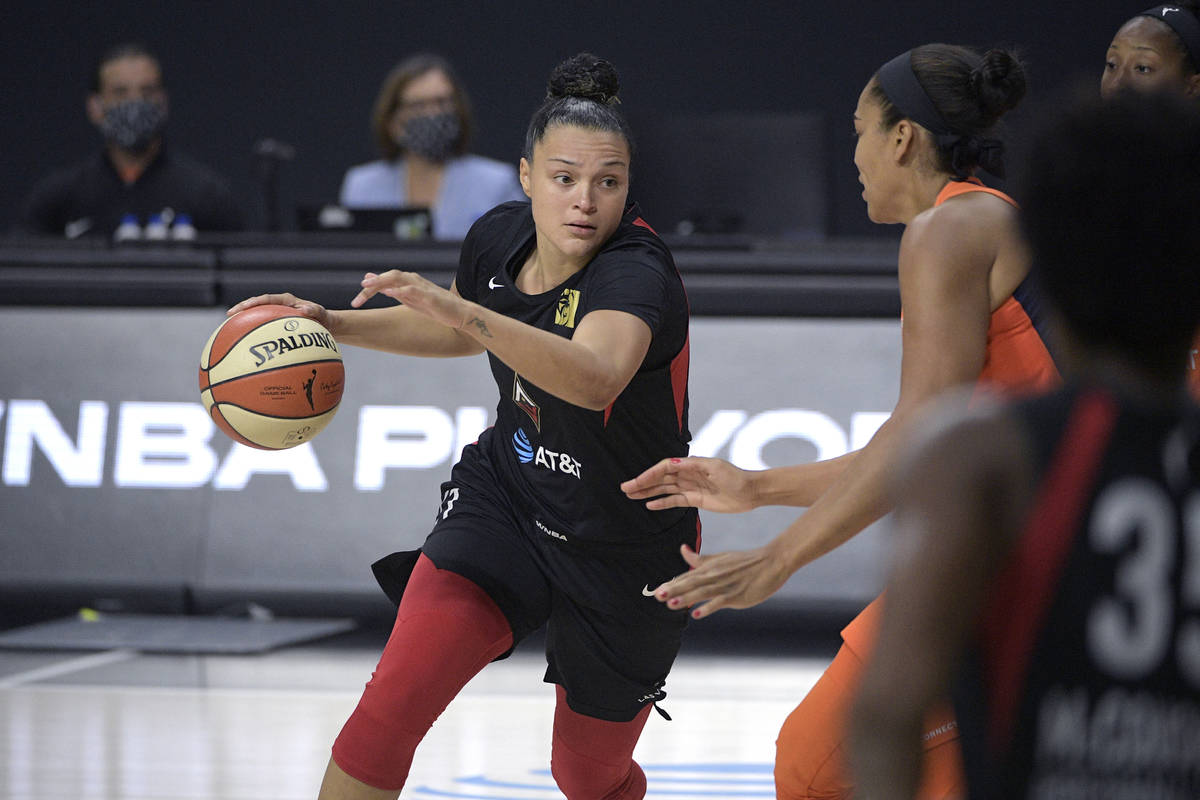 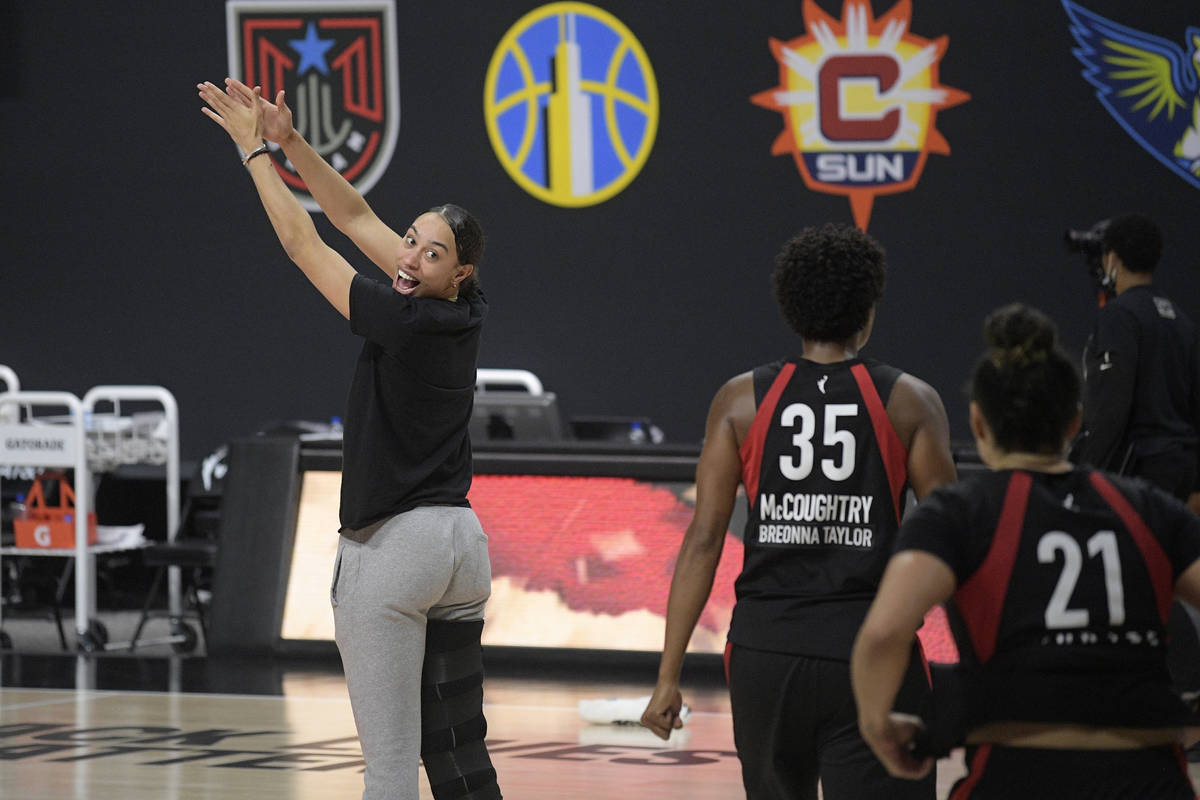 As the seconds ticked away in the Aces’ 66-63 win over the Connecticut Sun in Tuesday’s Game 5 that sent them to the WNBA Finals, Kayla McBride’s mind was racing.

She was thinking about her four seasons in San Antonio, getting blown out by teams such as the Minnesota Lynx and Seattle Storm and finishing no better than 8-26 in the final three seasons before the franchise moved to Las Vegas in 2018.

Now, in their third year in Las Vegas, the Aces are headed to the finals after winning a grueling five-game series against the Sun. They will meet the Storm, with Game 1 at 4 p.m. Friday in Bradenton, Florida.

“I’m thankful for Vegas and this organization because they’ve created something really special from top to bottom,” McBride said. “I’m really thankful for the journey, and we’re here now in the finals.”

The Aces might not have been a new franchise when they came to Las Vegas, but the organization changed quickly upon its arrival.

They left the Stars’ name behind to become the Aces. They got a new coach in Bill Laimbeer, though Vickie Johnson stayed on as an assistant after coaching the team in its final season in San Antonio.

The Aces had the top pick in their first season and took forward A’ja Wilson. The 2018 Rookie of the Year blossomed into the MVP this season and has been the centerpiece of the team’s success.

“This moment is surreal,” Wilson said after Tuesday’s win. “I don’t think anyone expected us to be here except for the people in our locker room and maybe a few people outside of it. It’s just something special to be here in the moment.”

Laimbeer spoke of a three-year plan when he became the Aces’ coach, but he hasn’t offered many details on what that meant. But he’s built a team that matches his personality — defensive-minded and tough mentally and physically.

That was evident Tuesday, when the Aces rallied from 16 points down in the first half and battled the exhaustion from the physical nature of the series. But the addition this season of veteran Angel McCoughtry, who will play in the finals for the fourth time, helped the Aces stay calm and navigate that rough start.

“That’s what it takes. These games are so draining mentally when they go down to the wire every game,” McCoughtry said. “It’s physical. You get beat up out there. It’s not an easy thing, but you have to be mentally tough. We could have easily said this is over, I’m going home, but we kept fighting.”

Reaching the finals shows Laimbeer’s plan is on track, but it didn’t come the way he or anyone else in the organization could have predicted.

The Aces are without 40 percent of their starting lineup from last year’s team, which lost to eventual champion Washington in the semifinals. Center Liz Cambage didn’t report to the bubble because of a medical exemption, and guard Kelsey Plum suffered an Achilles injury in June.

With Plum out, McBride and Dearica Hamby, who will miss the finals because of a knee injury, are the only players who have been continuous members of the organization going back to San Antonio. Danielle Robinson left the organization and played for Phoenix in 2017 and Minnesota in 2018 and 2019 before rejoining it in the offseason.

“It’s emotional because I got drafted in 2014, and we made the playoffs that first year and then we just weren’t very good,” McBride said. “There is still that group of me, (Robinson), Dearica, (Johnson) and Plum, and it means a lot because you remember when these teams would smack you. I’m always remembering in the back of my mind that we started from the bottom.”