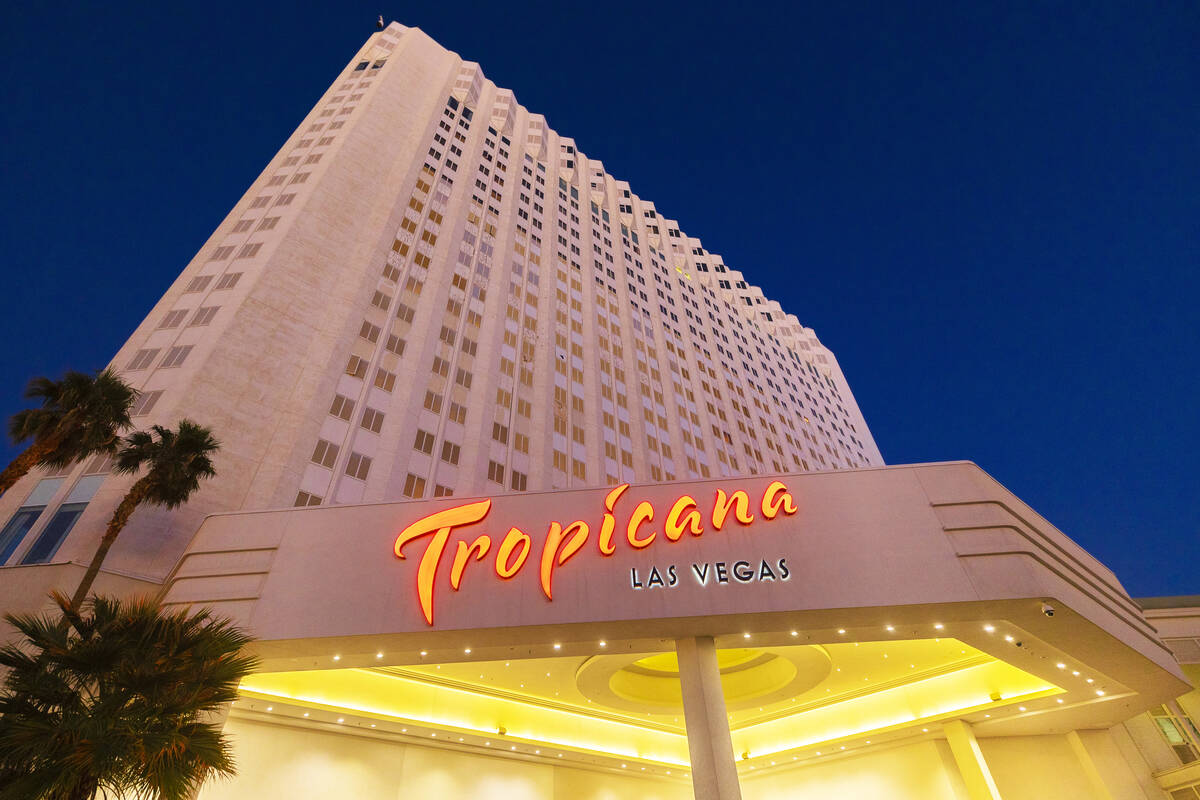 The Oakland Athletics reportedly have their sights set on the Tropicana hotel site to build a potential ballpark on the Las Vegas Strip.

Two other sites also have piqued the team’s interest, one owned by Wynn Las Vegas and the other by Caesars Entertainment, according to a report Wednesday from CNBC.

A’s President Dave Kaval told the Review-Journal last month that the team had put an offer on a site where it could look to build a $1 billion Major League ballpark. Kaval didn’t reveal the site at that time but noted the team was down to two or three sites in Las Vegas after whittling a list that once included over 20 sites.

If the ballpark ends up at the Tropicana site, it would add to an already robust offering of event spaces on the south portion of the resort corridor. The possible 30,000-35,000-seat stadium would be located within walking distance of Allegiant Stadium, T-Mobile Arena, the MGM Grand Garden arena and Michelob Ultra Arena at Mandalay Bay hotel-casino.

“As we have seen with the NHL and the NFL, Las Vegas is a great place to have a pro team,” Clark County Commission Vice Chairman Jim Gibson said. “We have the best fans in the country, and if this comes to fruition, it would be very exciting to welcome Major League Baseball to our community.”

The CNBC report came hours before the scheduled expiration of Major League Baseball’s collective bargaining agreement with its players and a management lockout. It was unclear Wednesday how the lockout may affect the A’s search for a ballpark.

In May, MLB Commissioner Rob Manfred gave the A’s the green light to start exploring Las Vegas as a potential landing spot for relocation from Oakland. The league’s decision occurred as the A’s are negotiating with Oakland officials over a deal for a $12 billion mixed-use project that would include a waterfront ballpark at the Port of Oakland’s Howard Terminal.

A’s brass including Kaval and team owner John Fisher have made several trips to the Las Vegas Valley since May, meeting with elected officials and business and land owners. 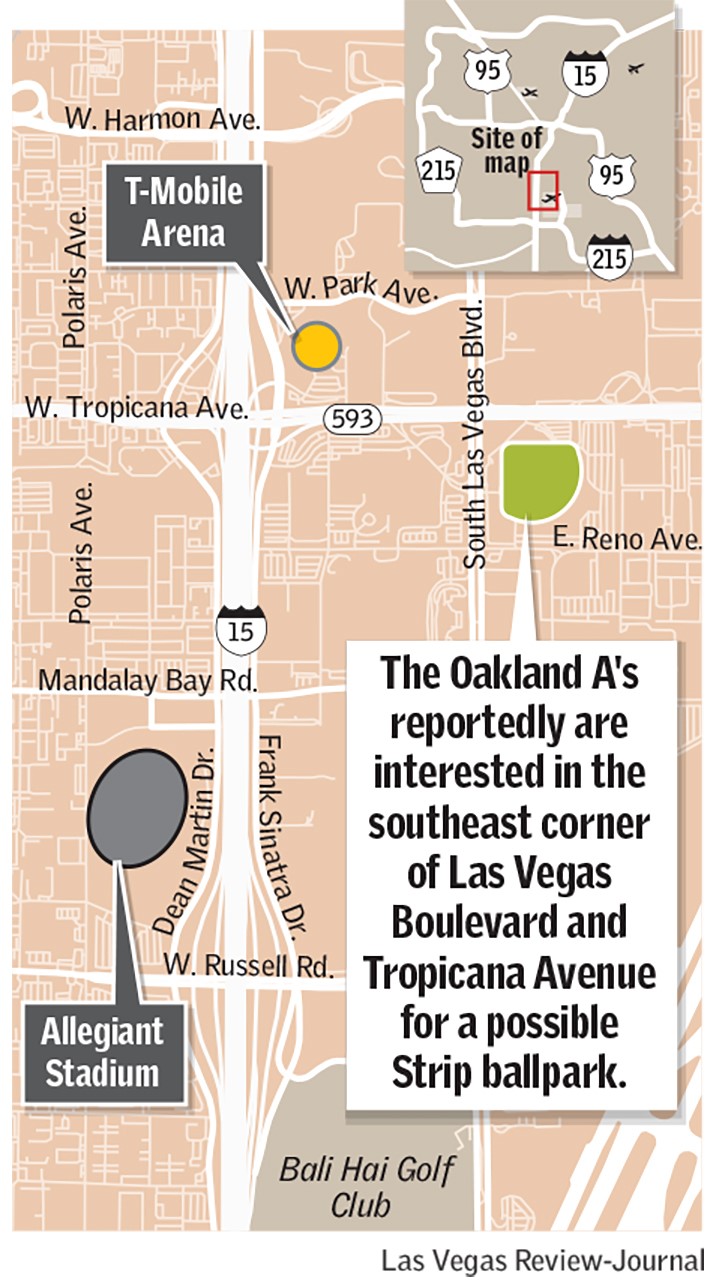 With the Strip properties, A’s officials are known to have looked at sites in Henderson and Summerlin. Howard Hughes Corp. holds multiple plots of land in Summerlin where a ballpark could be constructed, with the A’s brass visiting some of those sites as recently as last month.

Howard Hughes Vice President Peter Riley told the Review-Journal last month that the company — which owns the A’s Triple-A affiliate, the Aviators, and the Las Vegas Ballpark they play in — would be open to donating land to the major league team if it chose to relocate to Summerlin.

The Tropicana sits on land owned by Gaming and Leisure Properties Inc., which leases the property to Bally’s. Bally’s also pays Sinclair Broadcasting Group for naming rights to the Bally Sports Regional Networks, a group of regional sports networks in the U.S.

In June, Soo Kim, chairman of Bally’s board of directors, told the Review-Journal that the company would entertain the A’s if team officials called about the Tropicana site.

“We are very creative, and there are 35 acres (at the Tropicana) … Vegas is an important market on a number of fronts. It’s also fast-growing and dynamic, which is what sports teams like,” Kim said.

This story has been updated to reflect the correct relationship between Bally’s Corp. and Bally Sports Regional Networks.