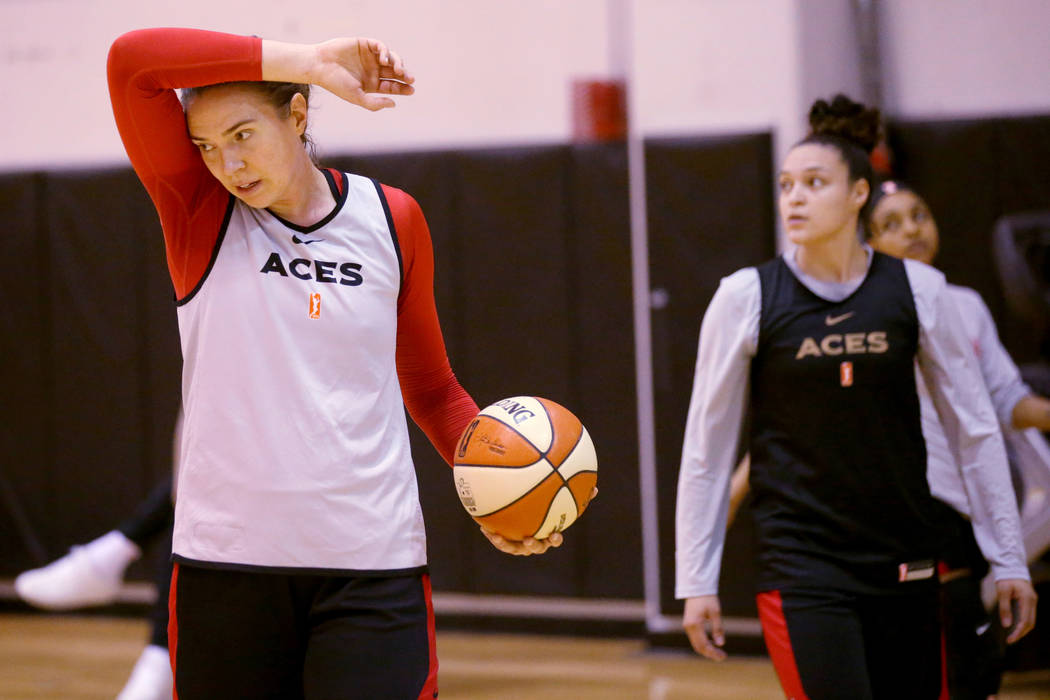 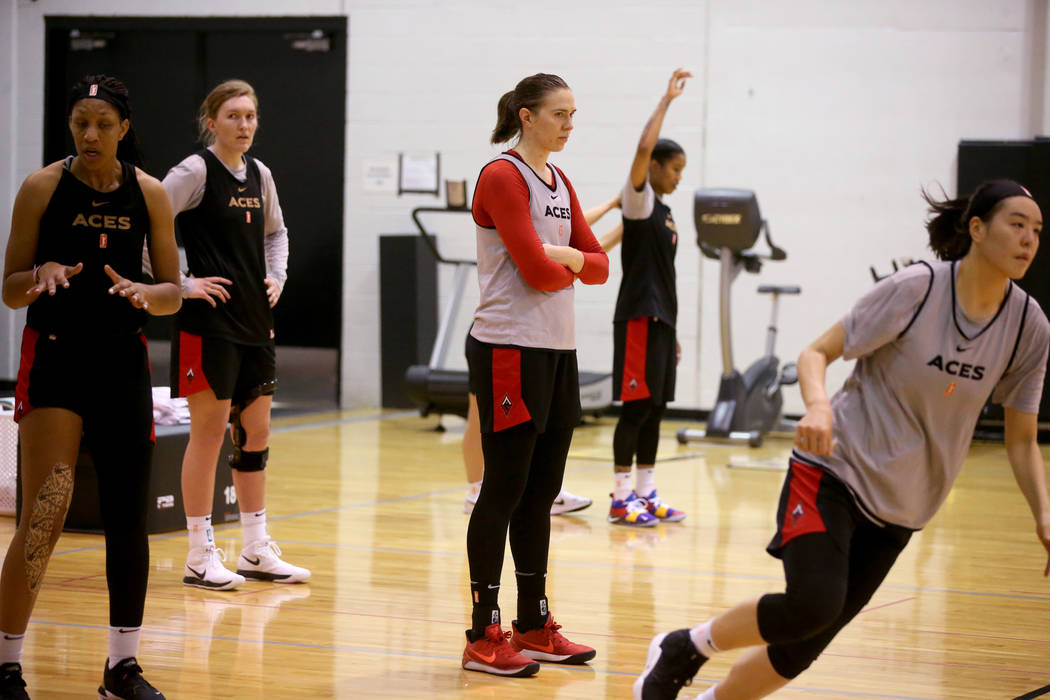 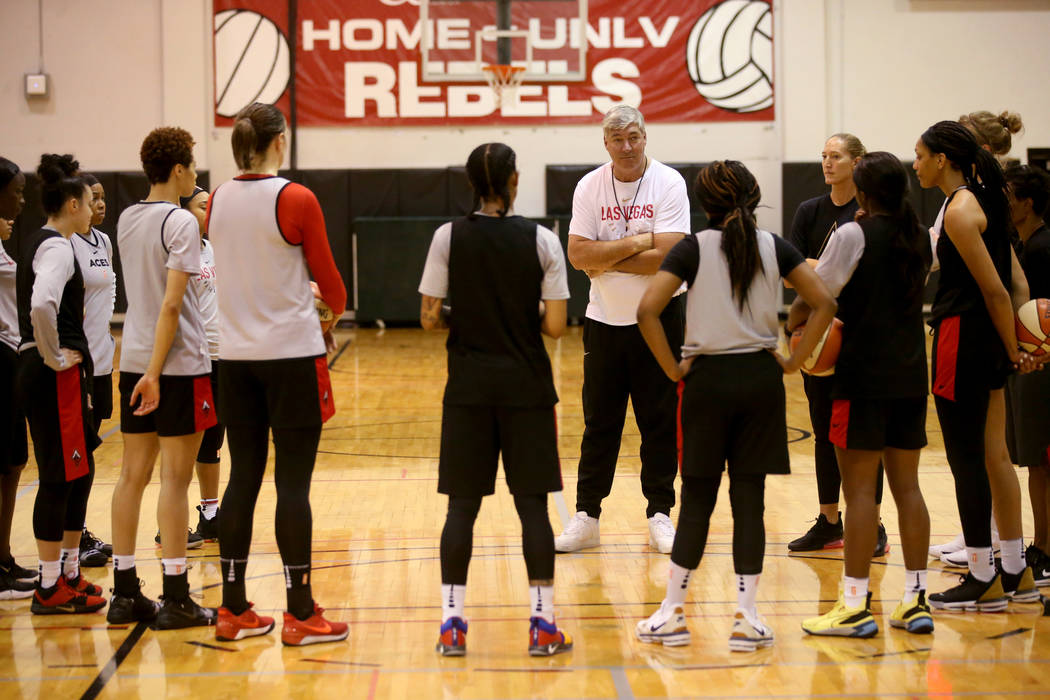 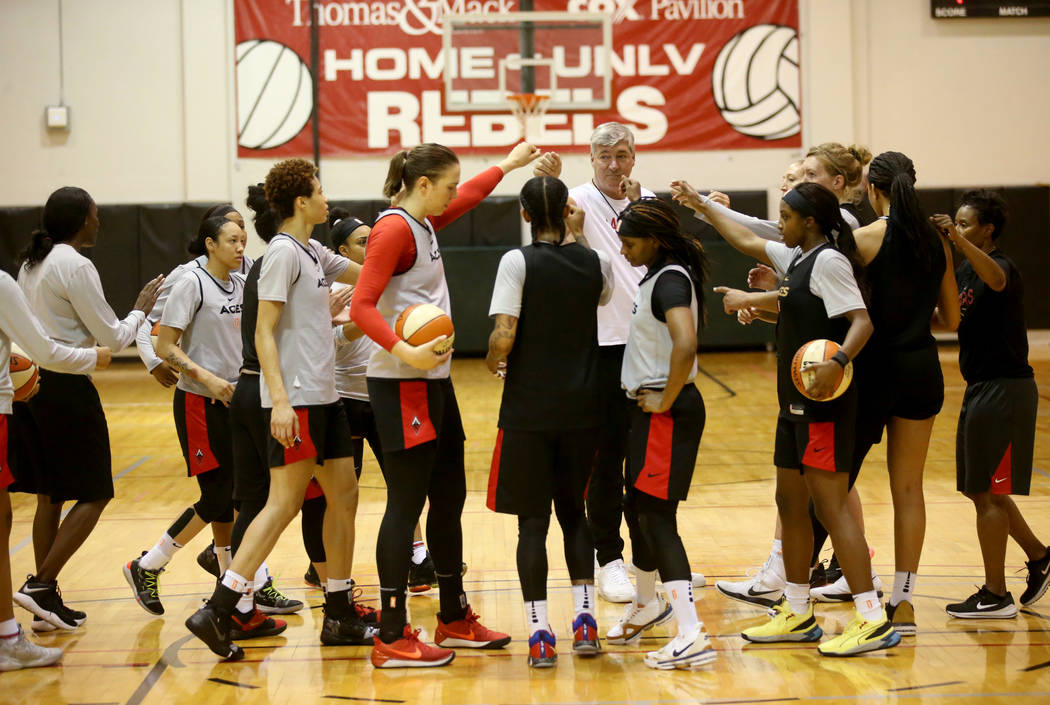 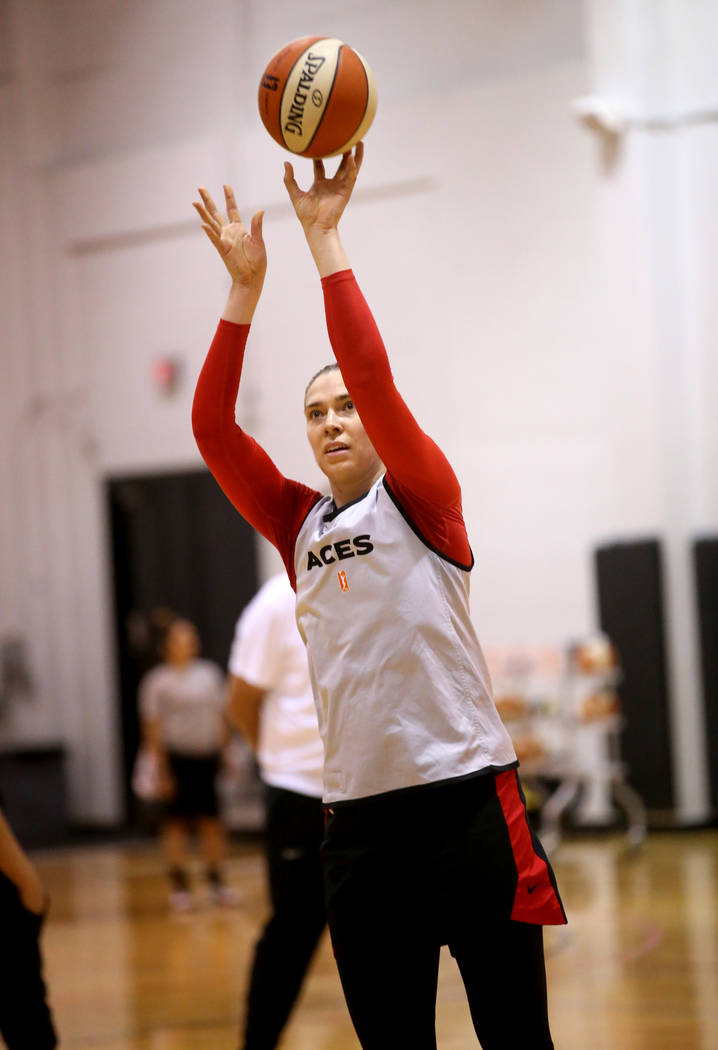 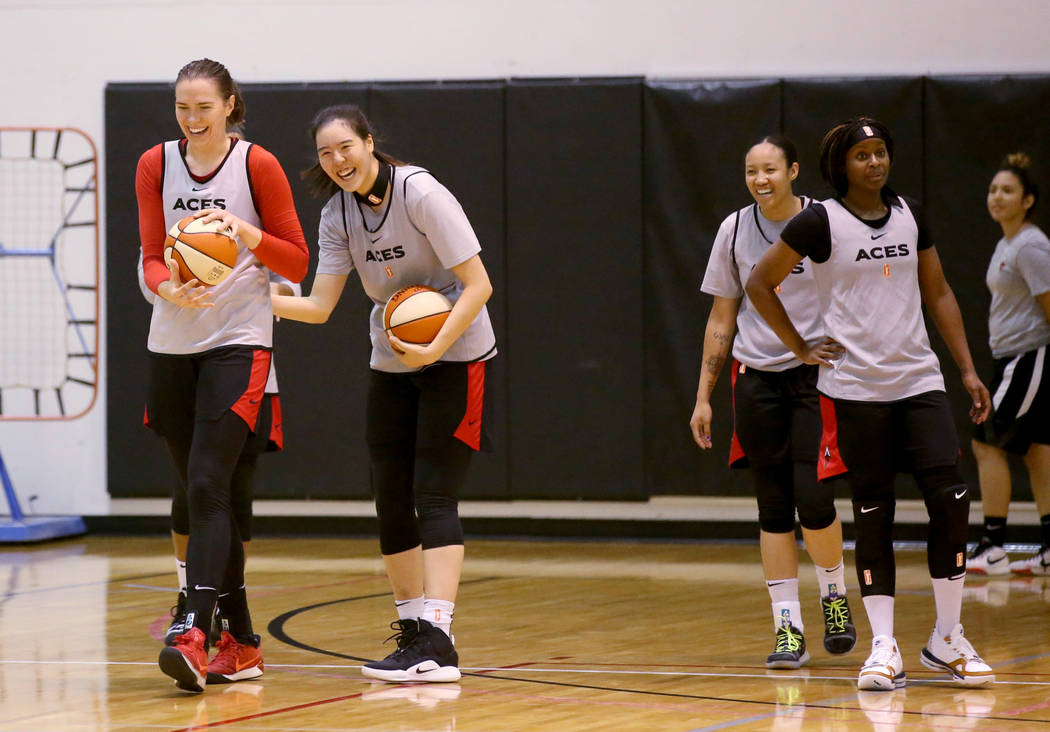 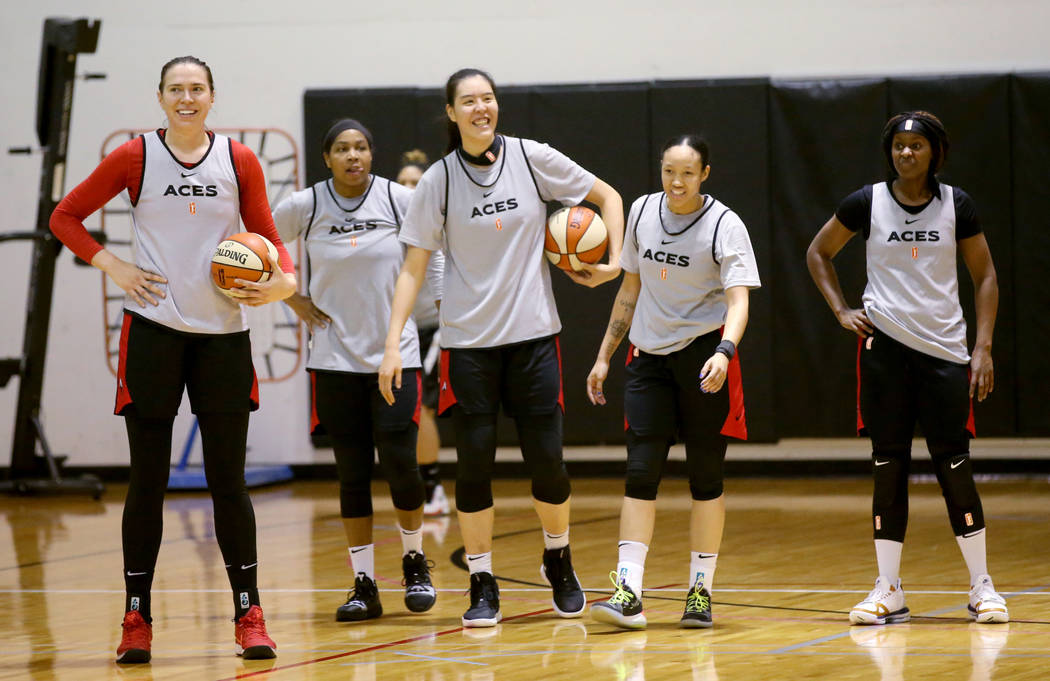 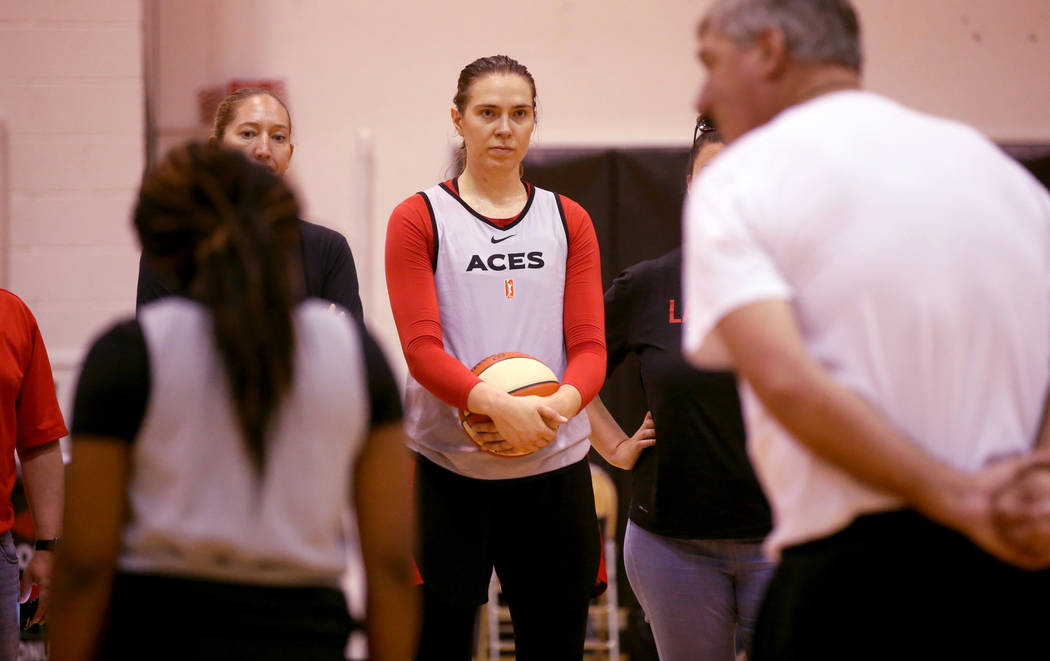 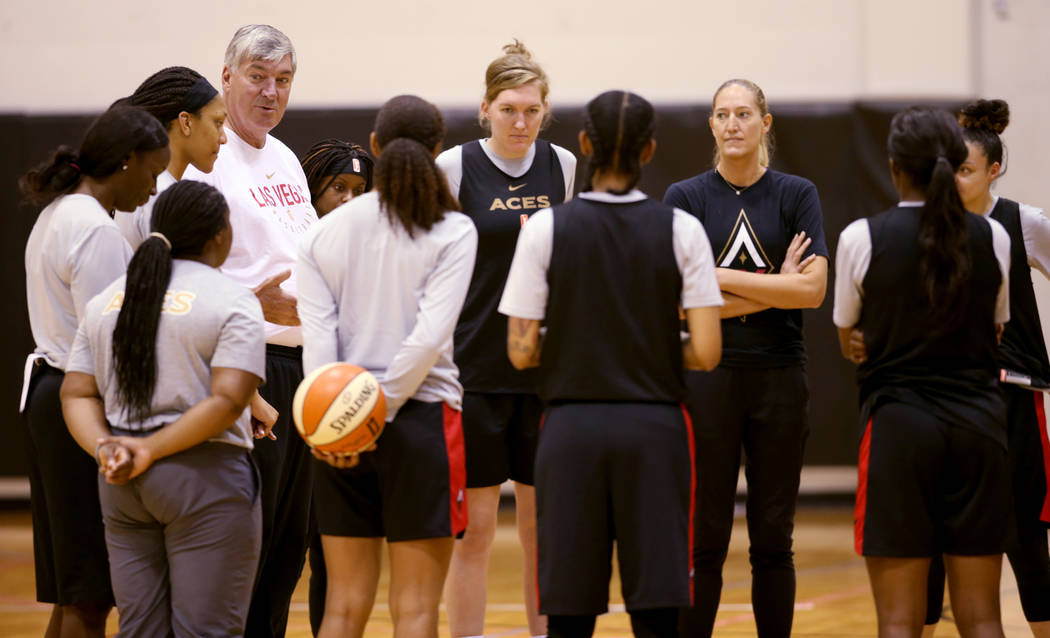 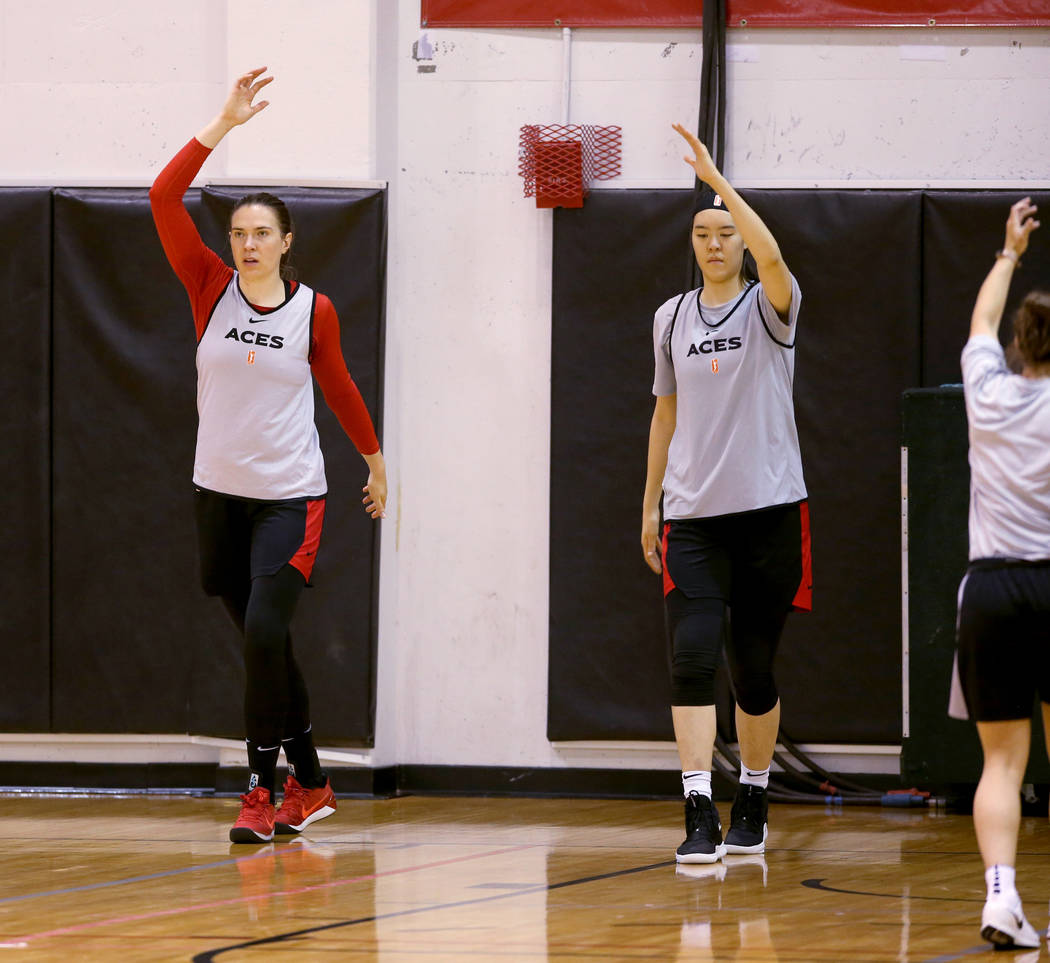 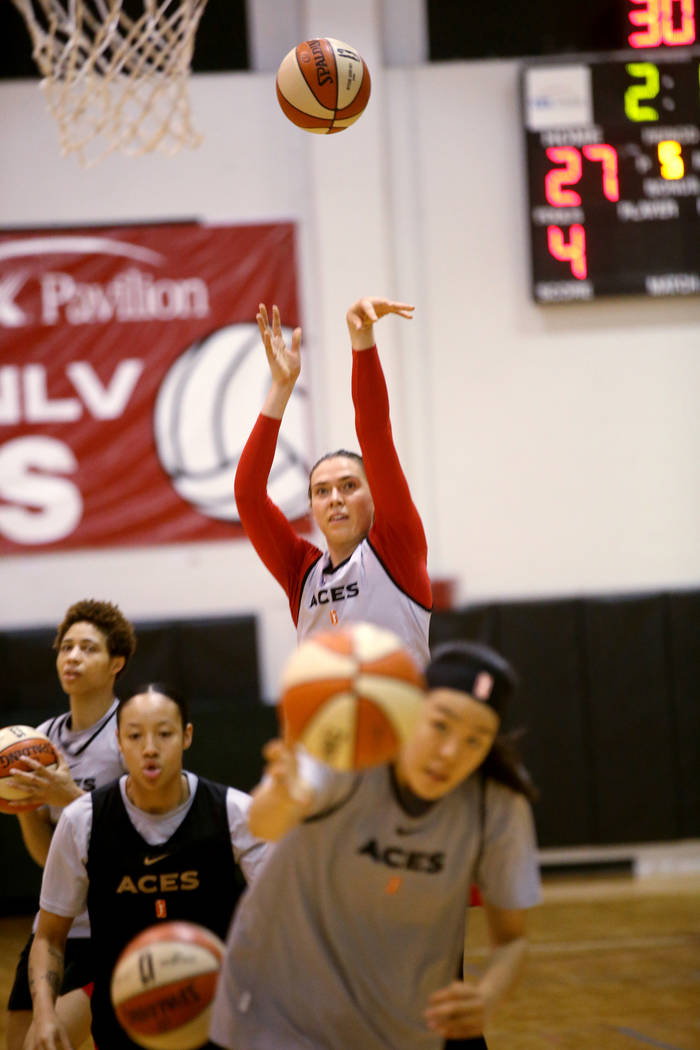 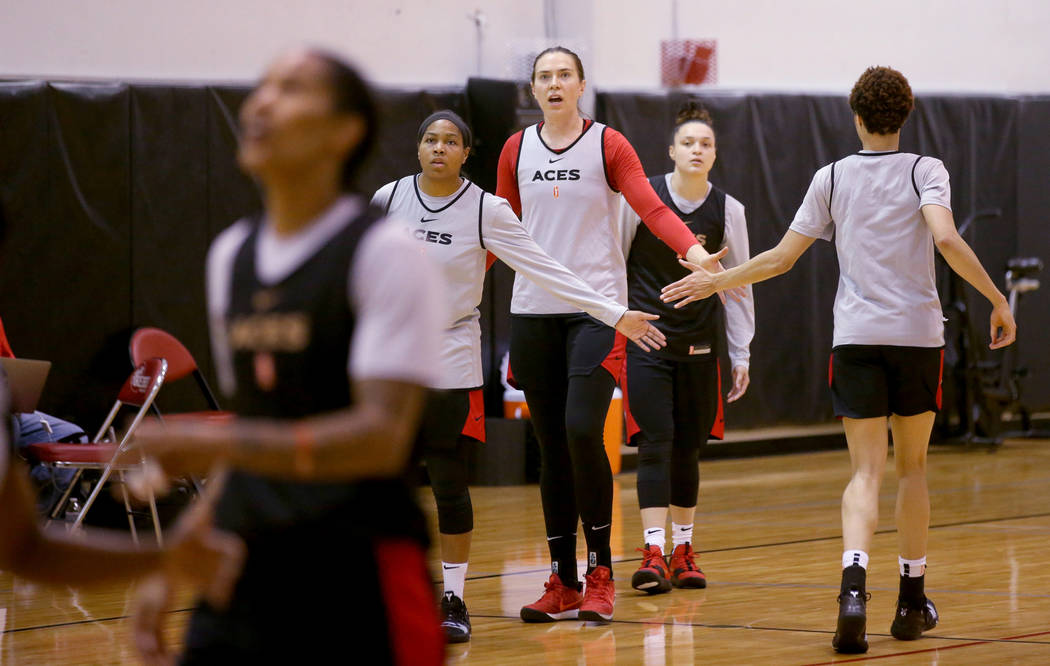 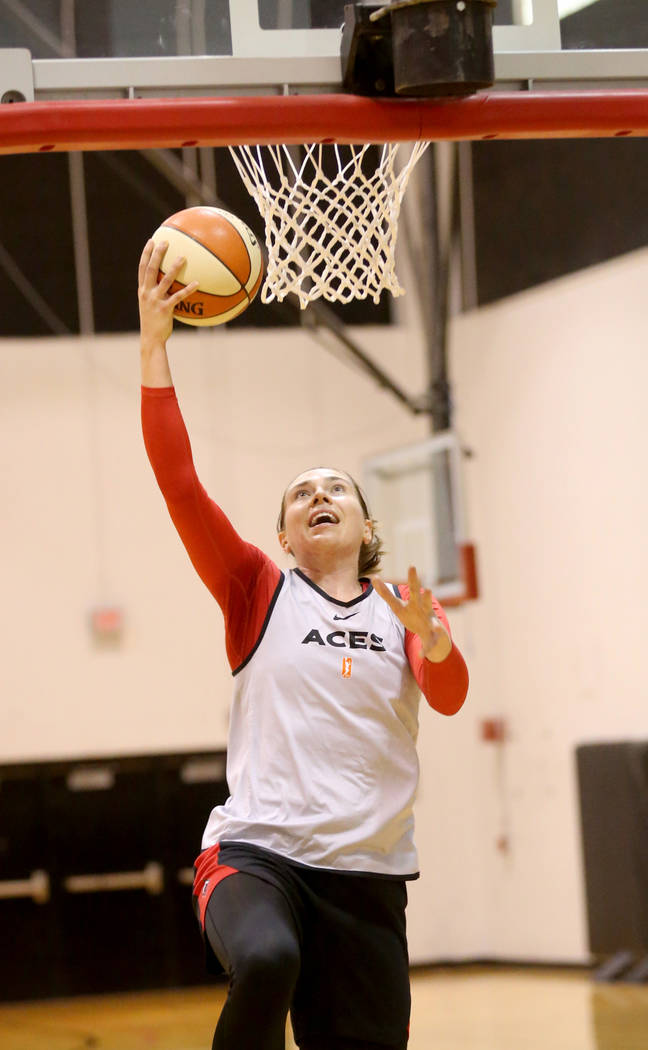 Aces center Ruth Hamblin still misses her family’s farm in Houston, British Columbia. That is, when she’s not busy playing basketball, traveling or blogging. The farm, after all, is where she first believed she could play in the WNBA.

Regardless of how irrational it actually seemed.

“Thinking (now) about who I was, completely unfeasible,” she said. “There was no way I was going to make it.”

Hamblin, 24, has indeed sprouted from that remote, agricultural town of 2,126 in western Canada and grown into one of the best players in her country. The 6-foot-6-inch center didn’t play basketball until ninth grade and was an anonymous recruit before committing in 2011 to Oregon State, where she evolved into one of the most disruptive defensive forces in Pac-12 history and then a second-round pick by the Dallas Wings in the 2016 WNBA draft.

But since her WNBA debut, Hamblin has had to navigate through a series of minor injuries and major self-doubts that compromised her confidence and career. She has been given another opportunity by the Aces, who signed her to a training camp contract in February.

“You can’t teach size, and she’s got it,” Aces coach Bill Laimbeer said. “She’s more skilled than I thought she was coming in. She has her moments when she makes some mistakes, but overall she’s trying very hard. … This is a competitive camp, and she’ll have to keep pushing.”

Hamblin was born into a family of farmers and raised on a Black Angus cattle ranch, without the intention of ever picking up a basketball. Her family owned more than 300 cattle, and she cultivated a diligent work ethic by tending to the cows at all hours of the day.

“It instilled a great appreciation for life, the circle of life,” she said. “Learning where things come from at an early age was really beneficial in a lot of ways.”

Like in the classroom and eventually on the basketball court.

Hamblin attended Houston Christian School intent on becoming a veterinarian and was offered an academic scholarship to the University of Northern British Columbia. But a biology teacher convinced her during freshman year to join the school’s basketball team — thereby changing the trajectory of her life.

Mornings on the fields became mornings in the gym, and Hamblin, through her work ethic and size, became one of Canada’s best players. She garnered recruiting attention from universities in Canada and then the United States, and Oregon State coach Scott Rueck recalled watching Hamblin at a club basketball tournament in Portland, Oregon.

Without any clue as to whom she was or where she came from.

Nonetheless, Rueck was intrigued by her size and demeanor and offered her a basketball scholarship about three weeks after first watching her play. She accepted on the spot without visiting Corvalis, Oregon, exhibiting uncanny faith in Rueck and her future.

“It was one of the quickest recruiting processes I’ve ever been apart of,” Rueck said. “Look at what happened. It was just amazing.”

Hamblin’s improvements compounded in Corvalis and helped Oregon State become one of the country’s best programs. She played sparingly as a freshman but started the final three years — earning three selections to the All-Pac-12 first team.

She twice was named the Pac-12 Defensive Player of the Year and set the conference record for career blocks with 425. She also helped lead the Beavers to their first Final Four in 2016.

But her collegiate success didn’t quite translate to the WNBA, and she logged 6.5 minutes per game in 20 appearances as a rookie in 2016 with Dallas.

“You’re coming out of college, riding high making it into the WNBA. You forget how hard it is and how much further you grow as a player,” Hamblin said. “It was pretty surreal.”

As were the next 18 months.

Hamblin sat out the 2017 WNBA season to help Canada’s senior national team win a gold medal at the FIBA Women’s AmeriCup, but struggled while playing in Australia and France in the 2017-18 season. She represented Canada at the Commonwealth Games in 2018, but was cut by the Wings during training camp. She played in the FIBA World Cup in Basketball, but endured the pain of a torn plantar fascia.

“I was finally (on the right track), and I’d have another setback,” Hamblin said. But “whatever got stirred up within (me) going through that valley has been the biggest defining (experience) of my career.”

Hamblin rehabilitated her foot and played the 2018-19 season in Belgium. She also for the first time solicited training from several specialists in preparation for her tryout with the Aces and is in prime condition.

Laimbeer said before training camp that there’s probably one roster spot available for a post player, and Hamblin has impressed him with her intelligence and shooting touch.

“Her story is as good as it gets,” Rueck said. “She’s somebody that did the most with what she had. … She’s done it with a work ethic and diligence that is remarkable.”