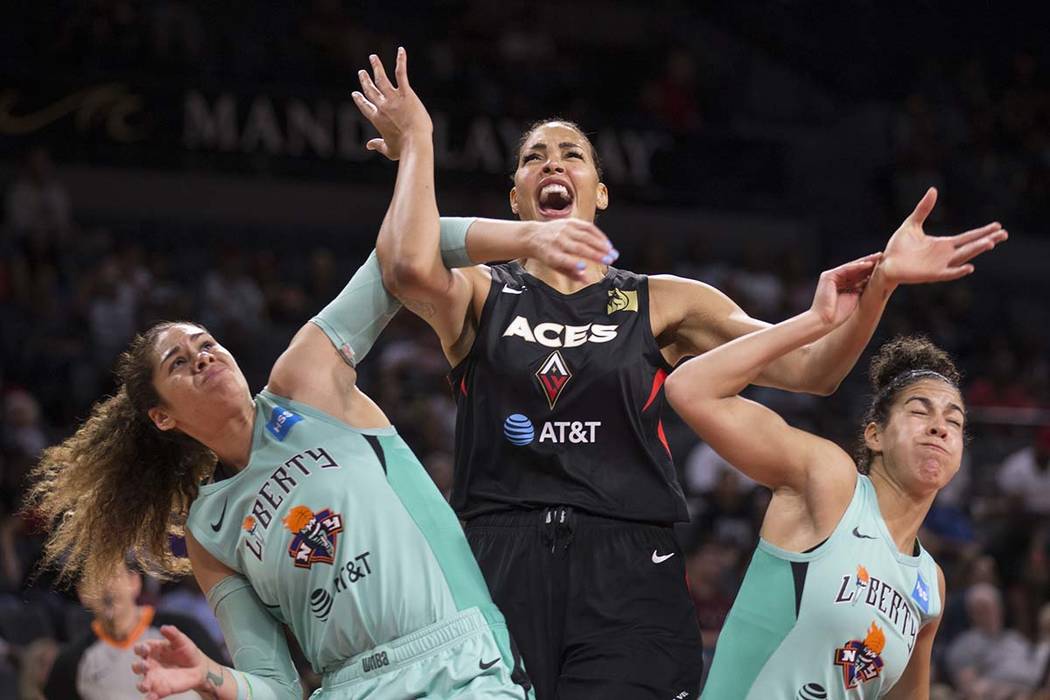 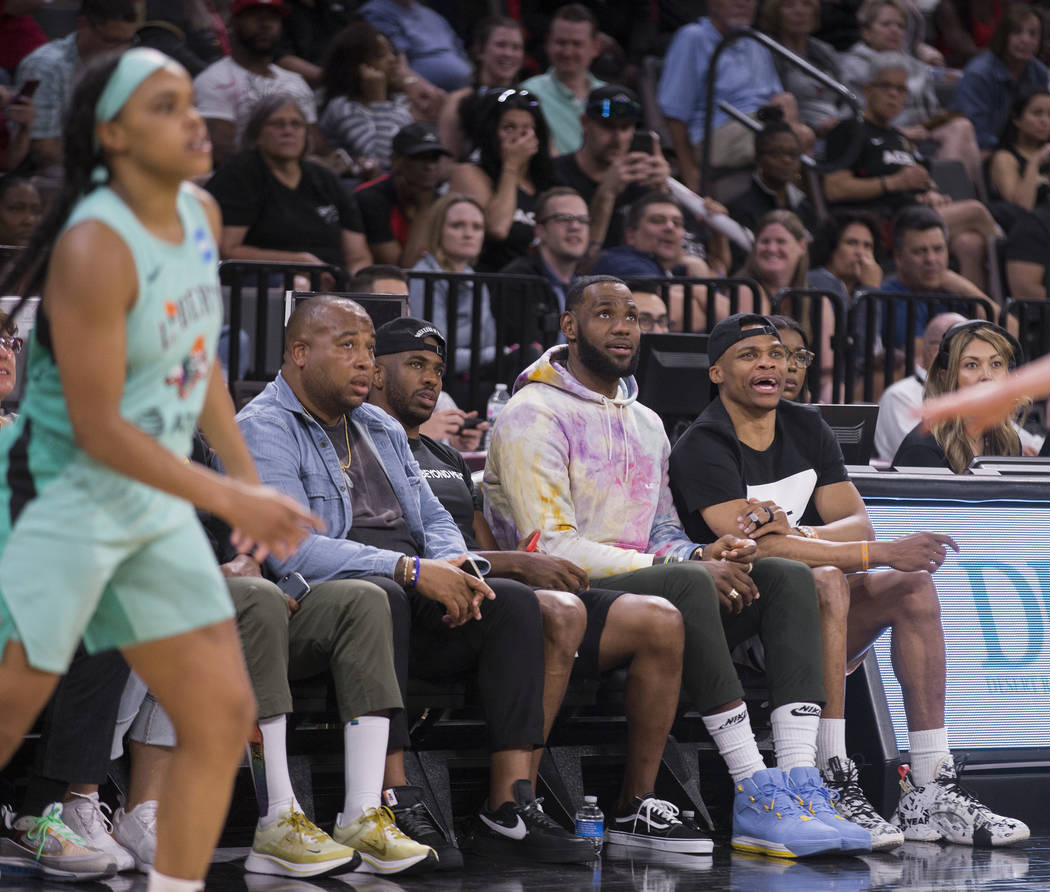 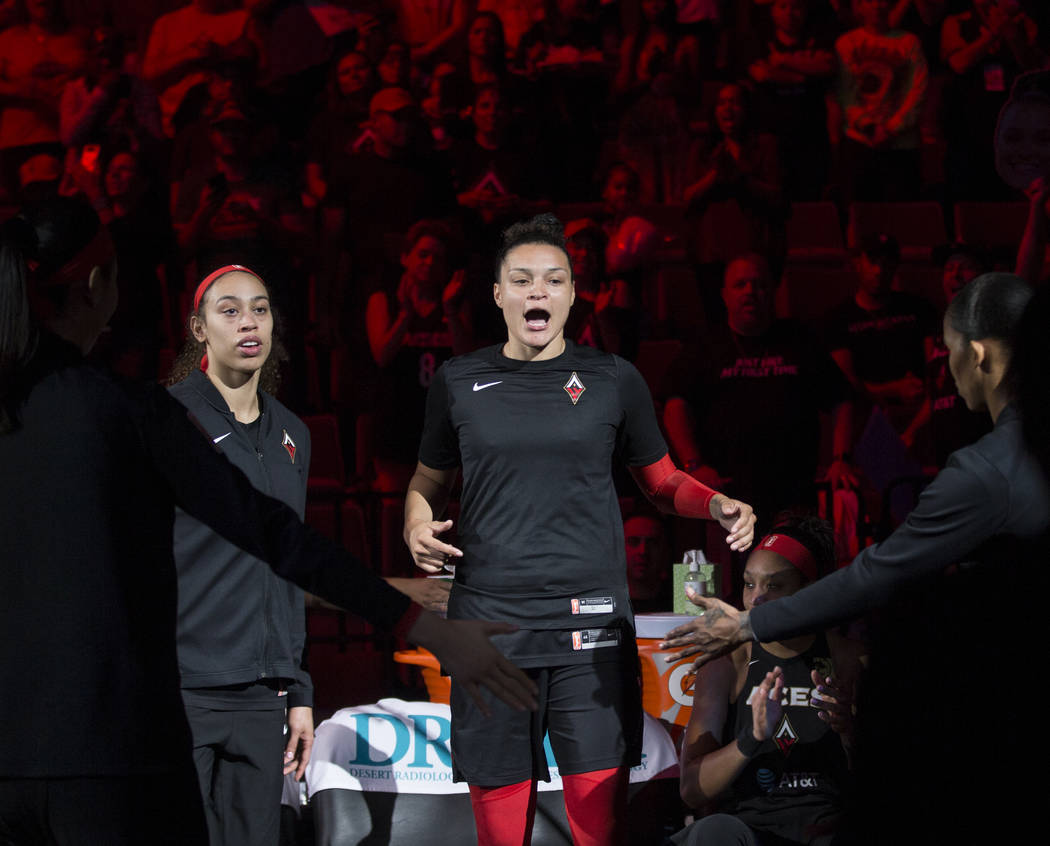 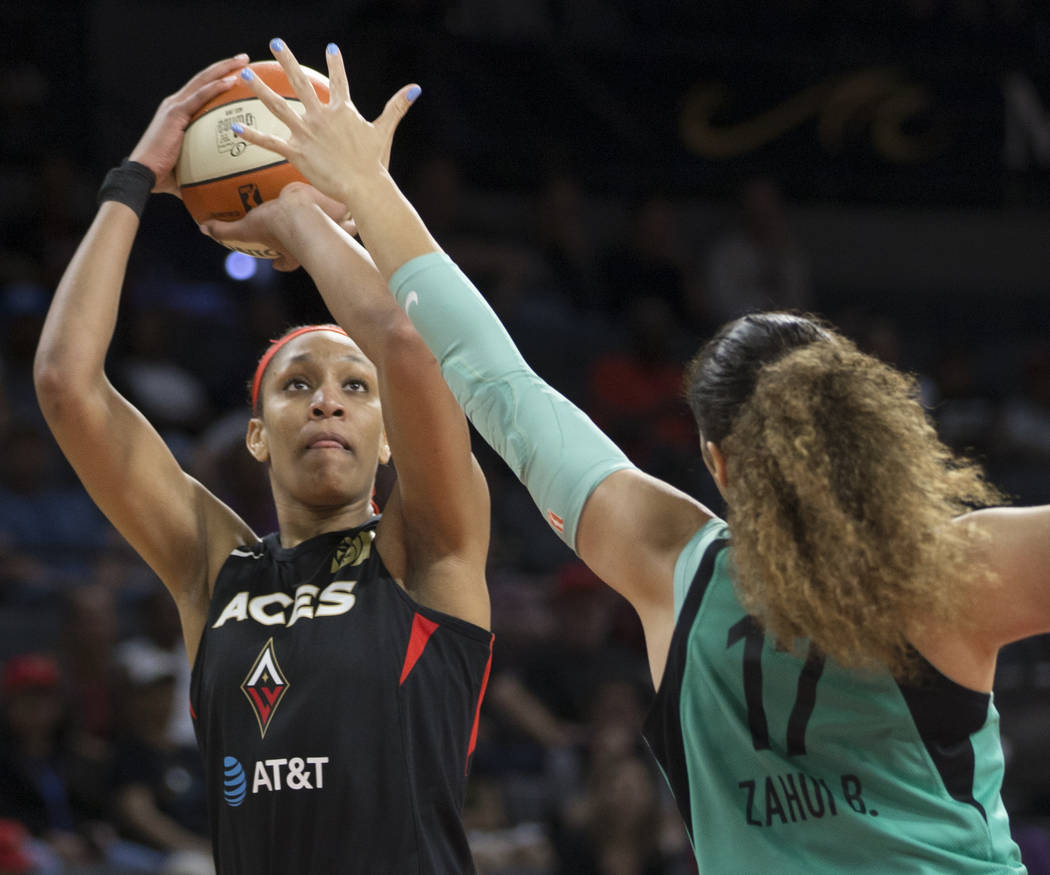 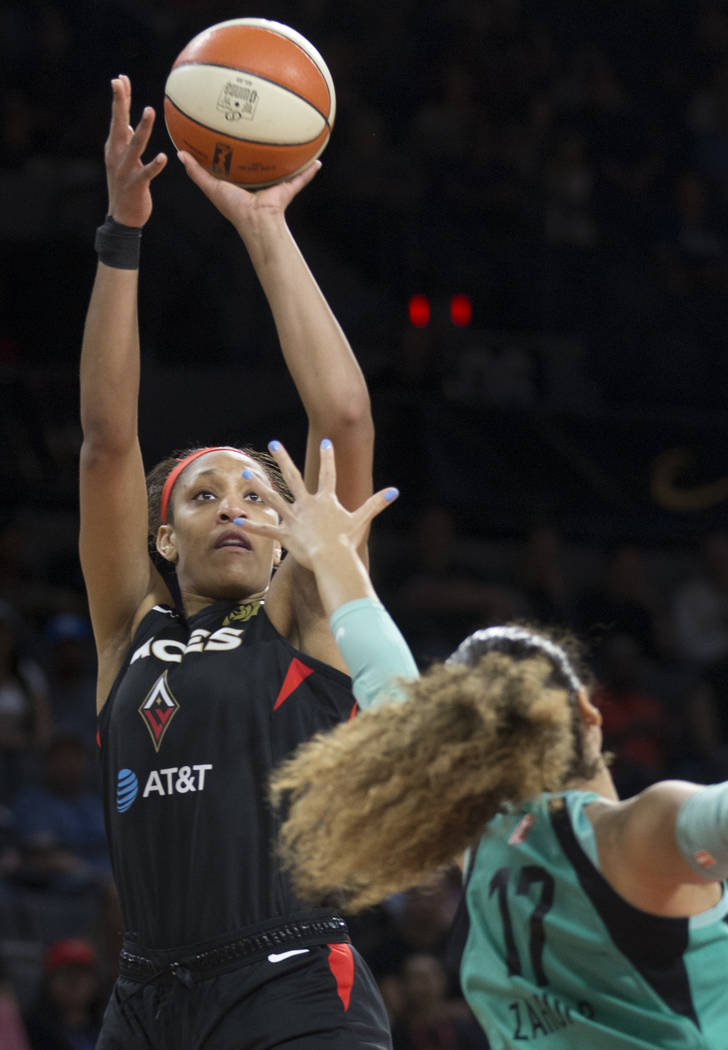 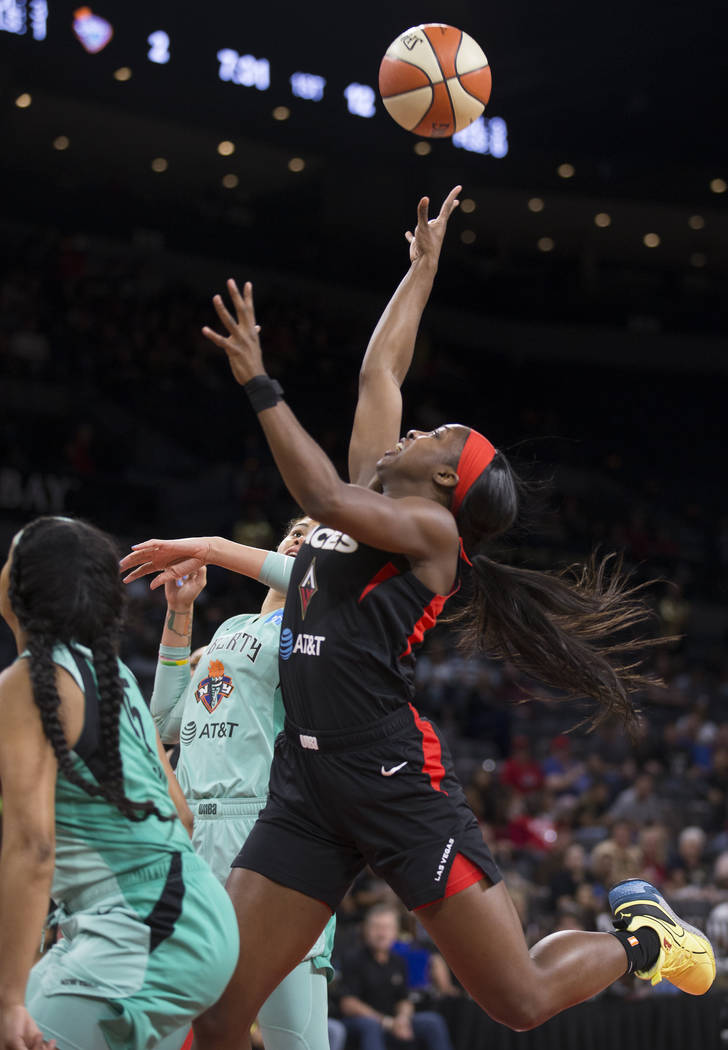 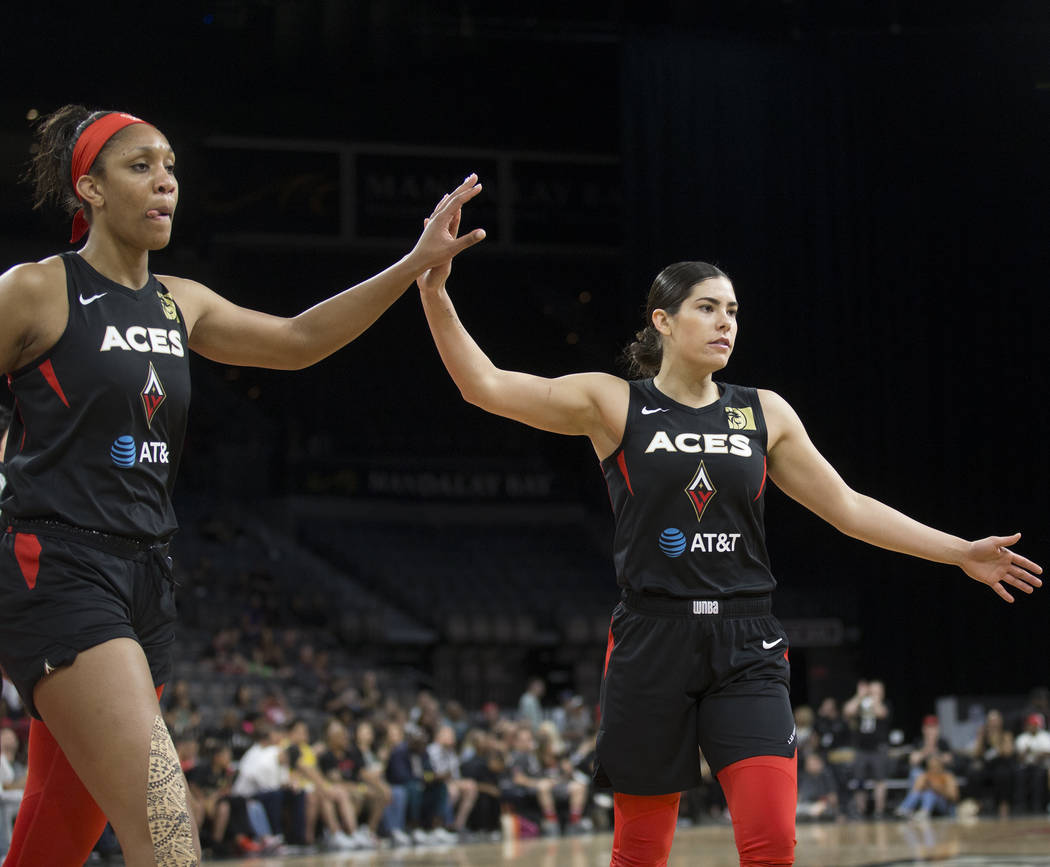 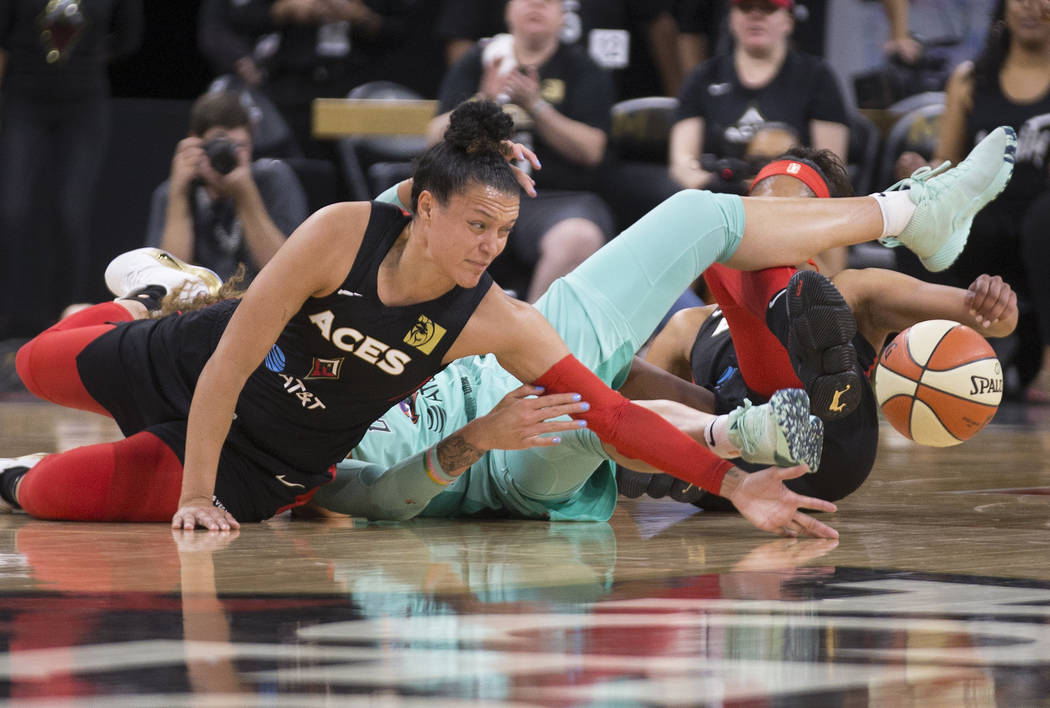 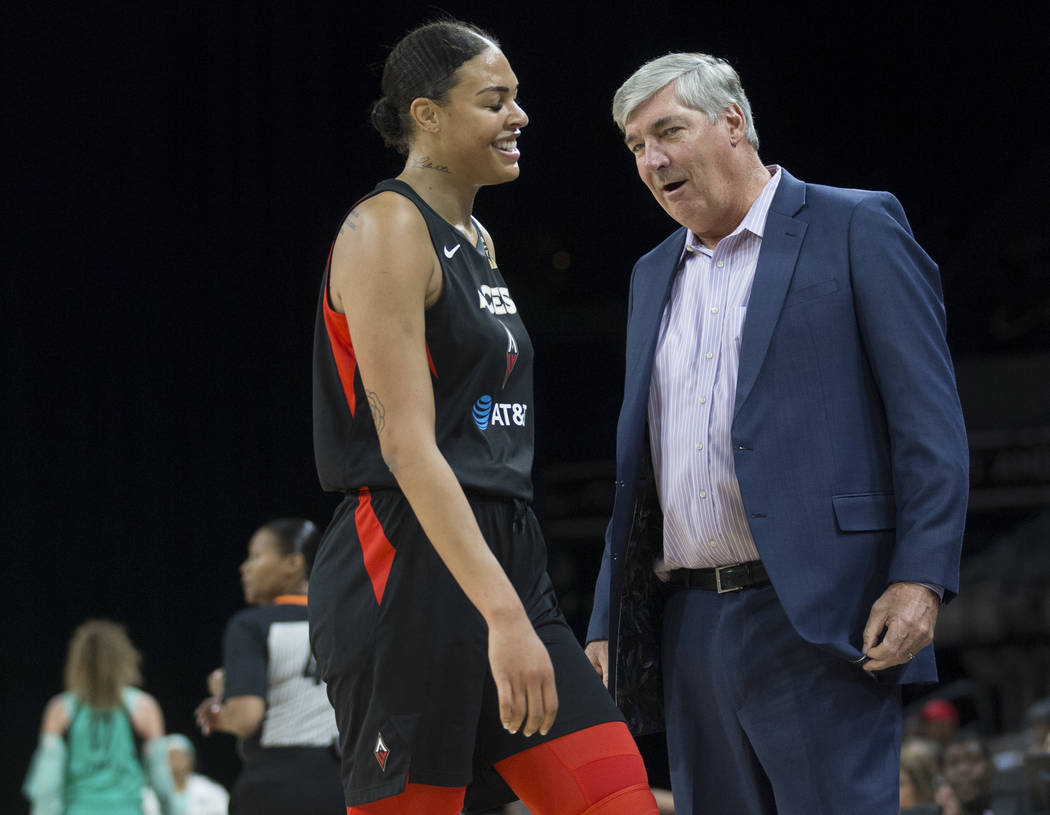 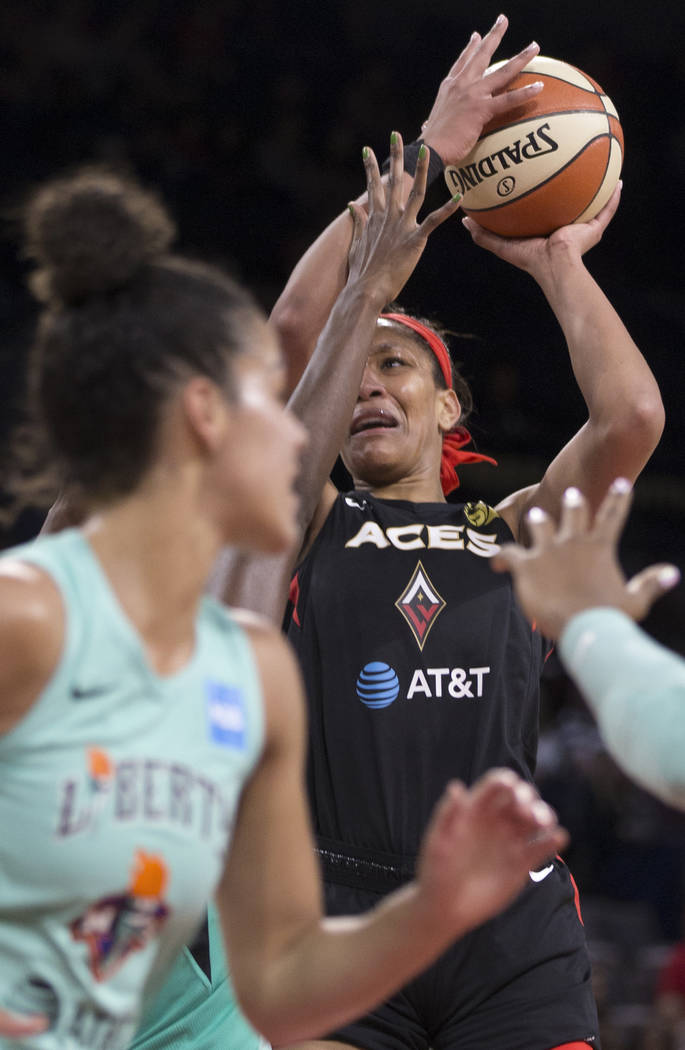 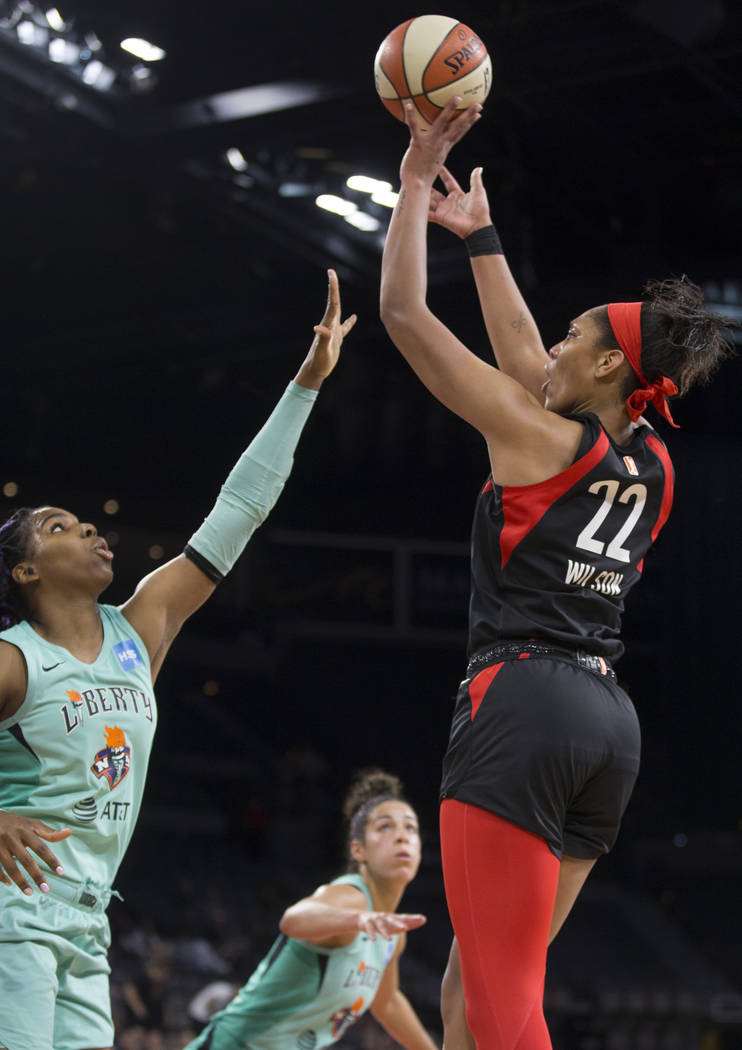 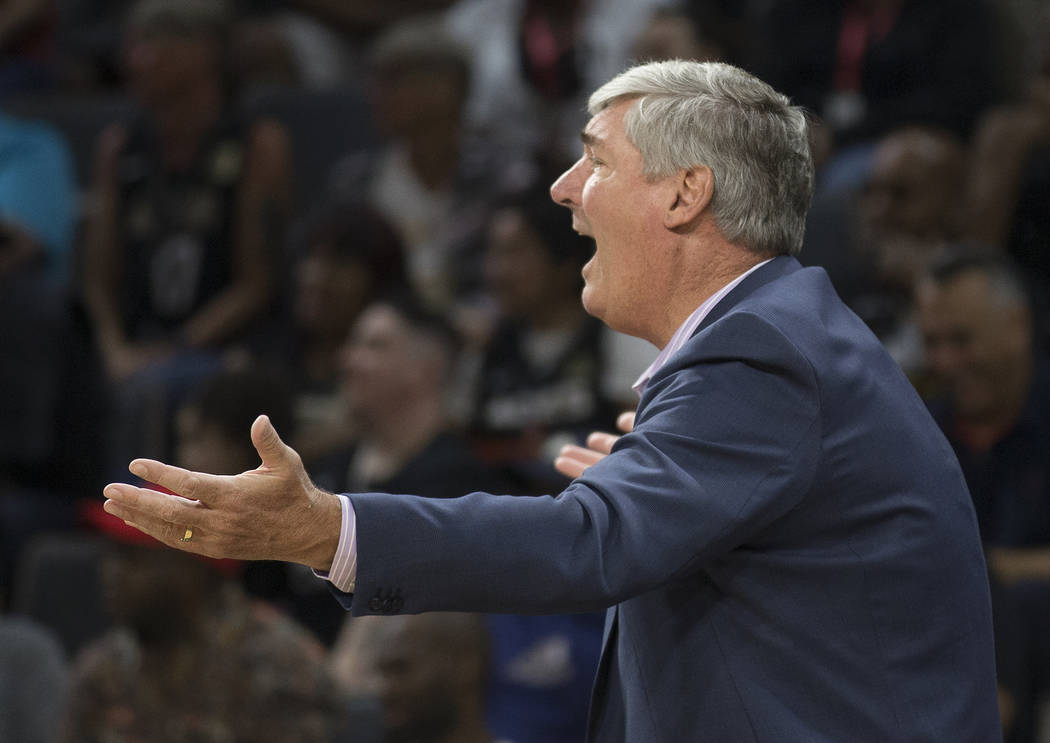 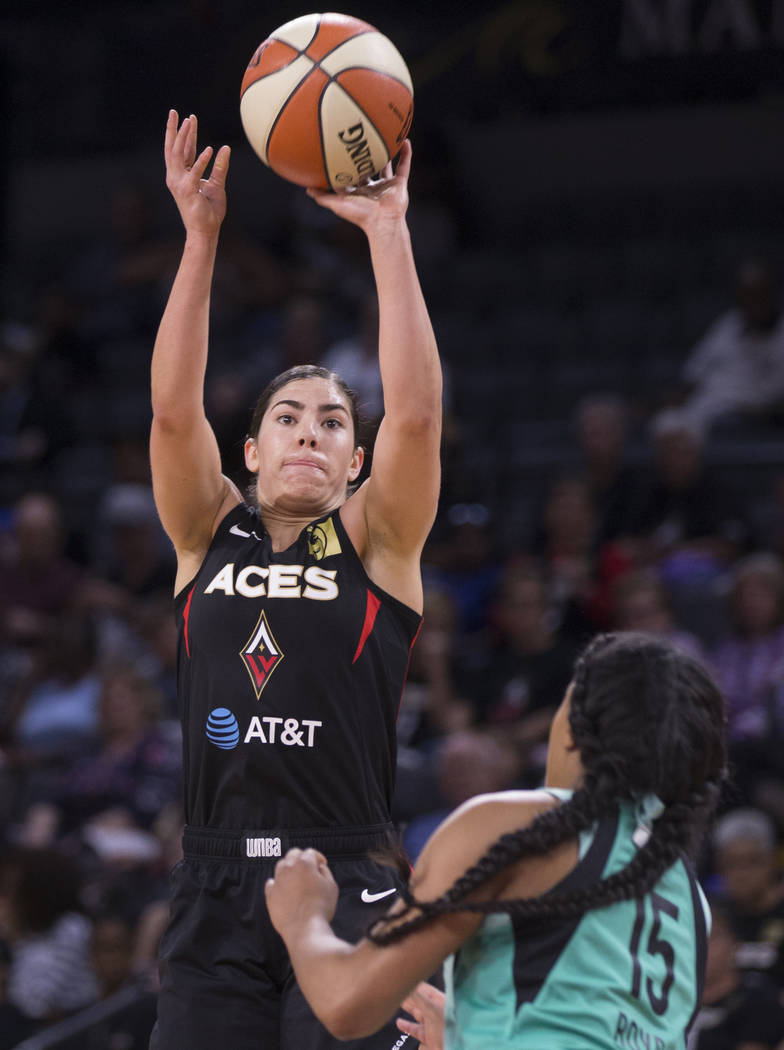 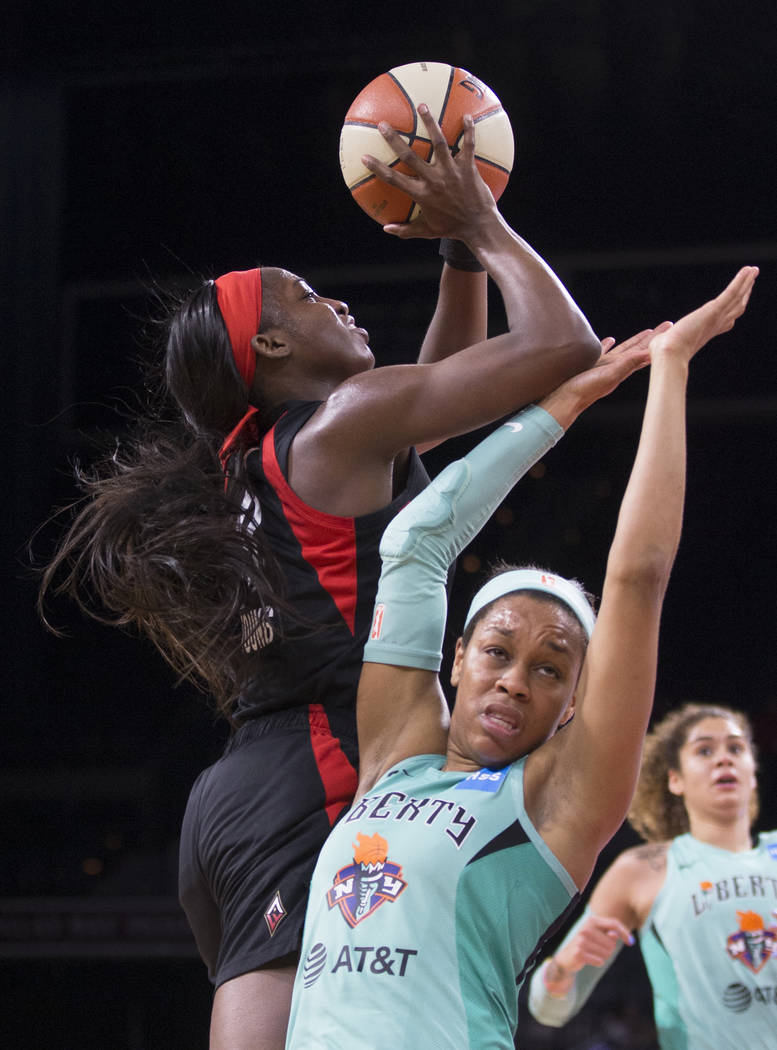 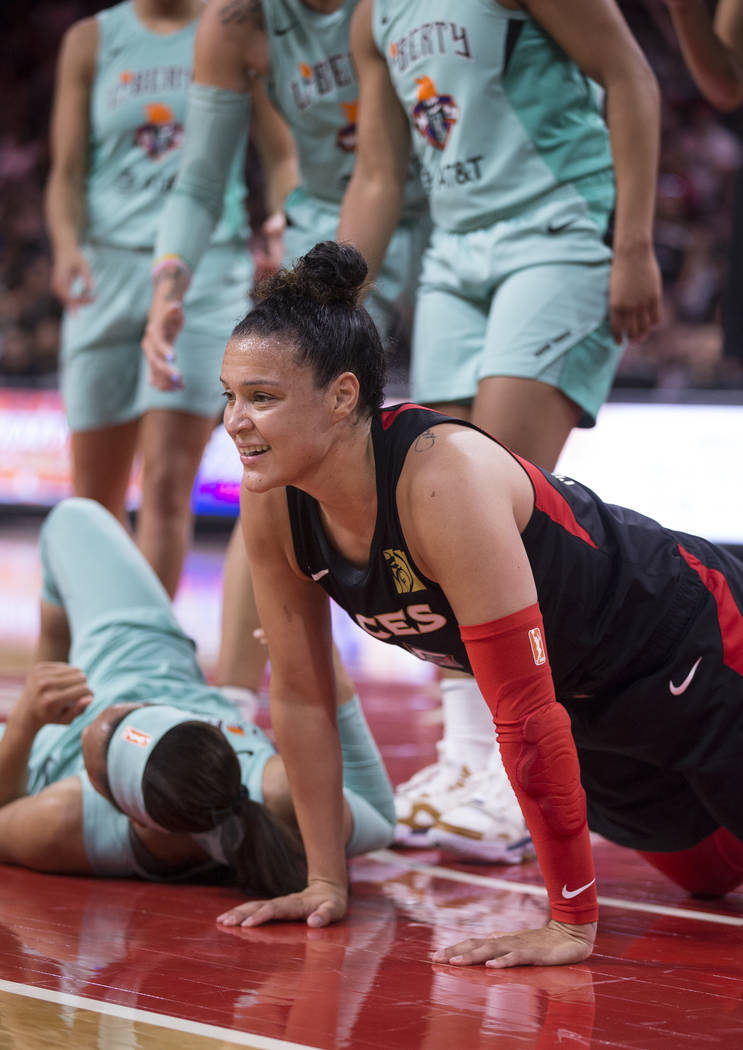 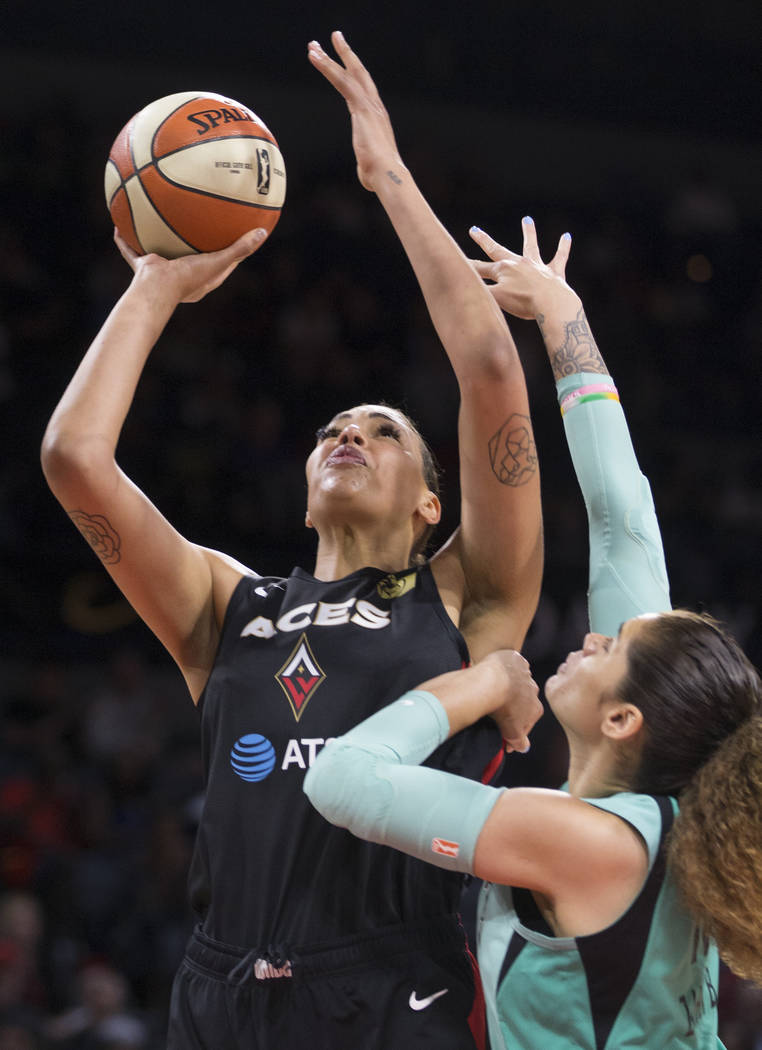 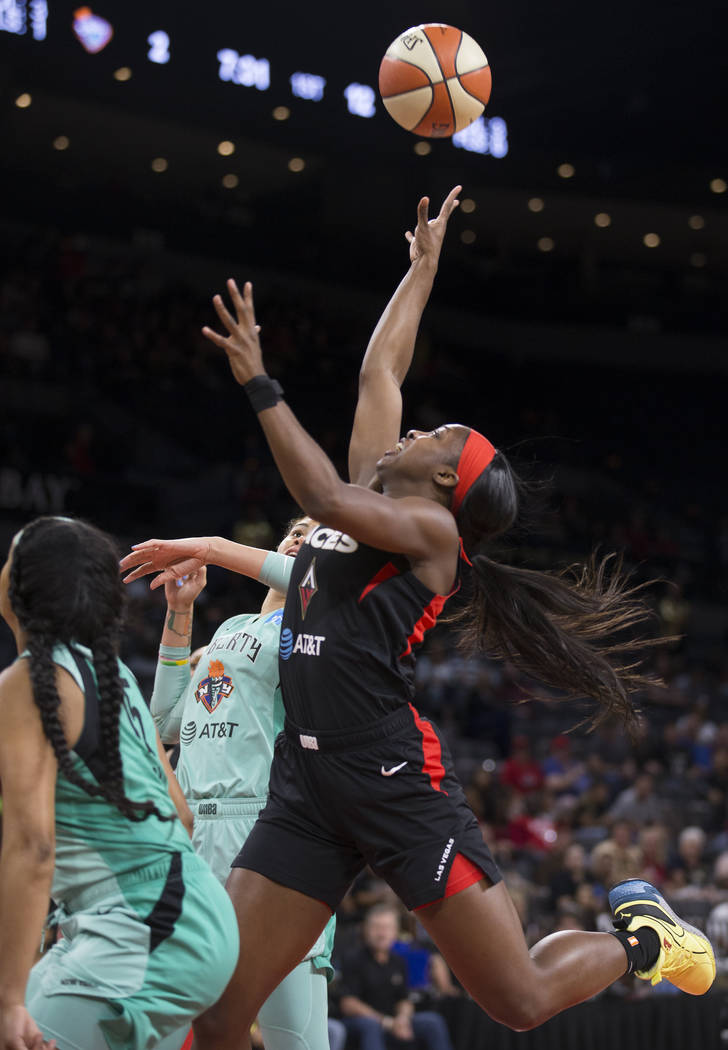 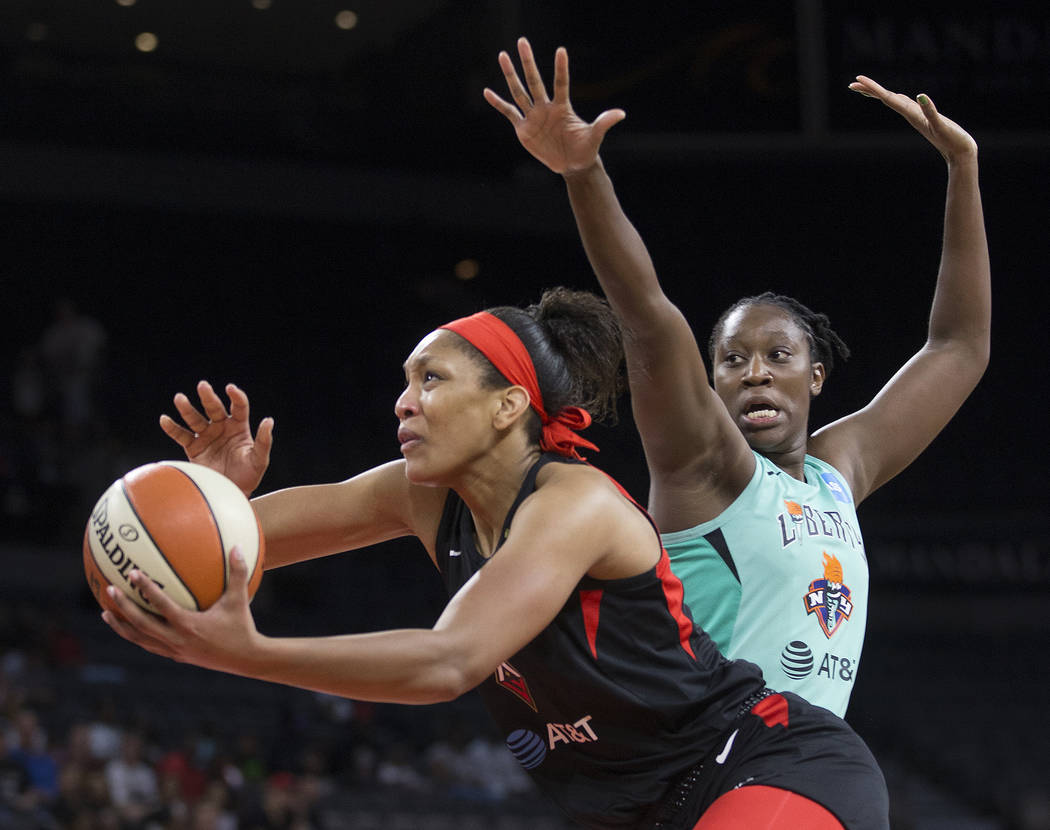 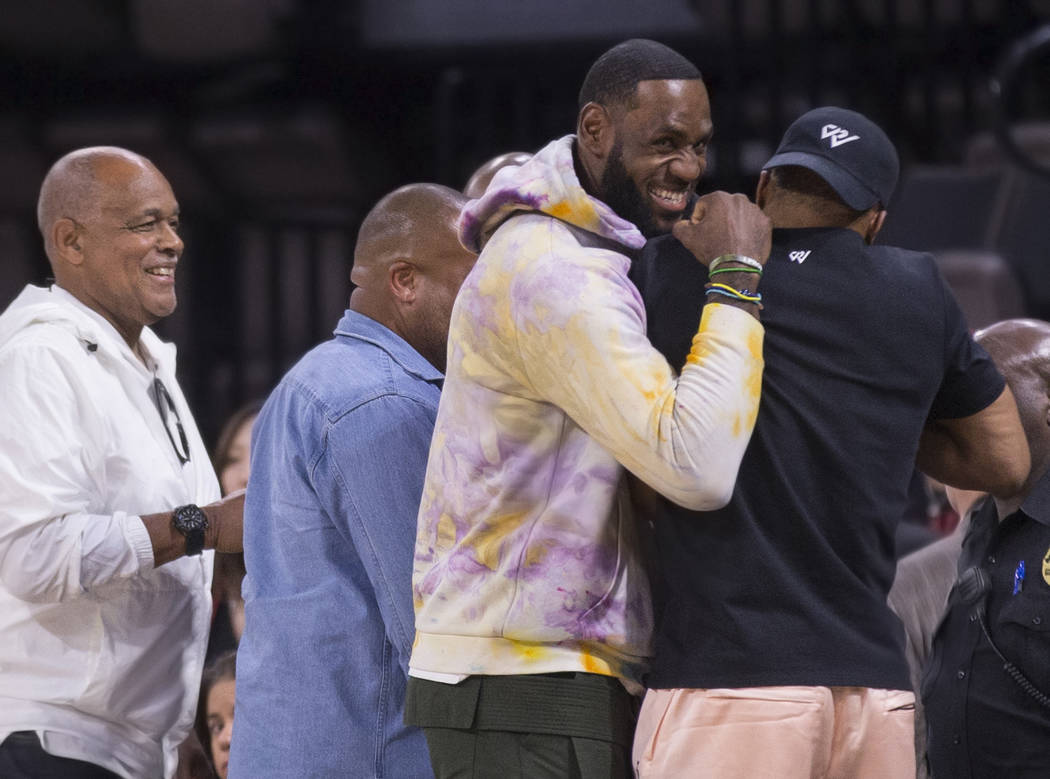 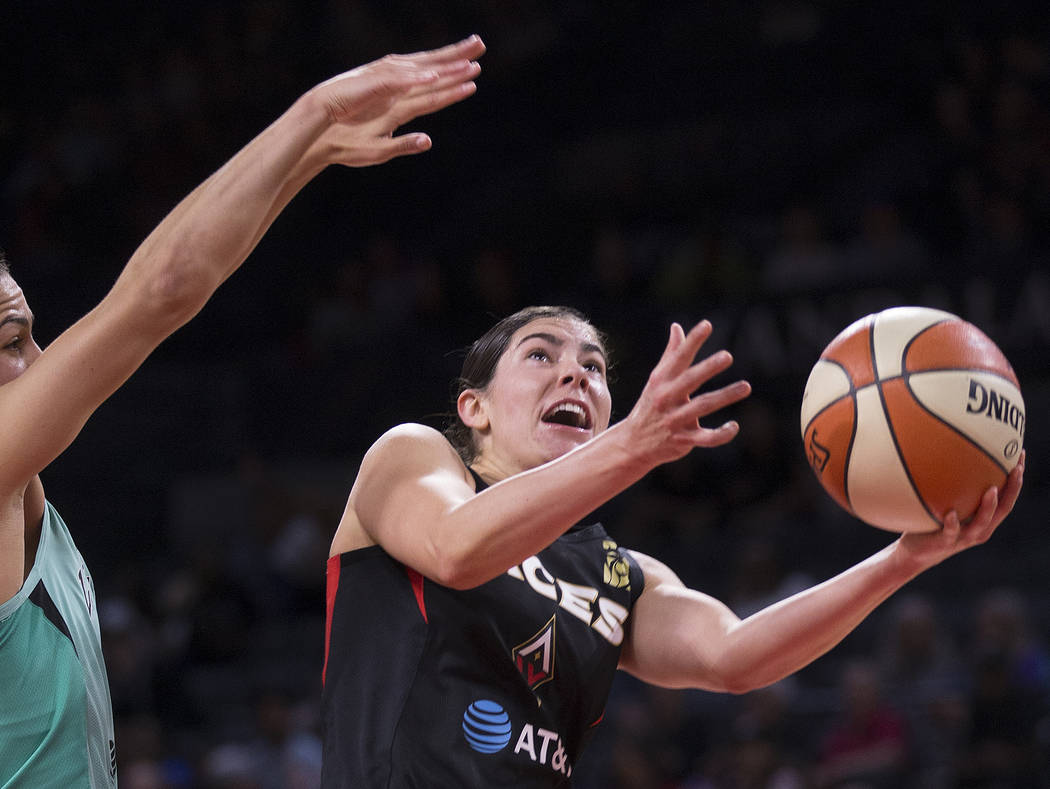 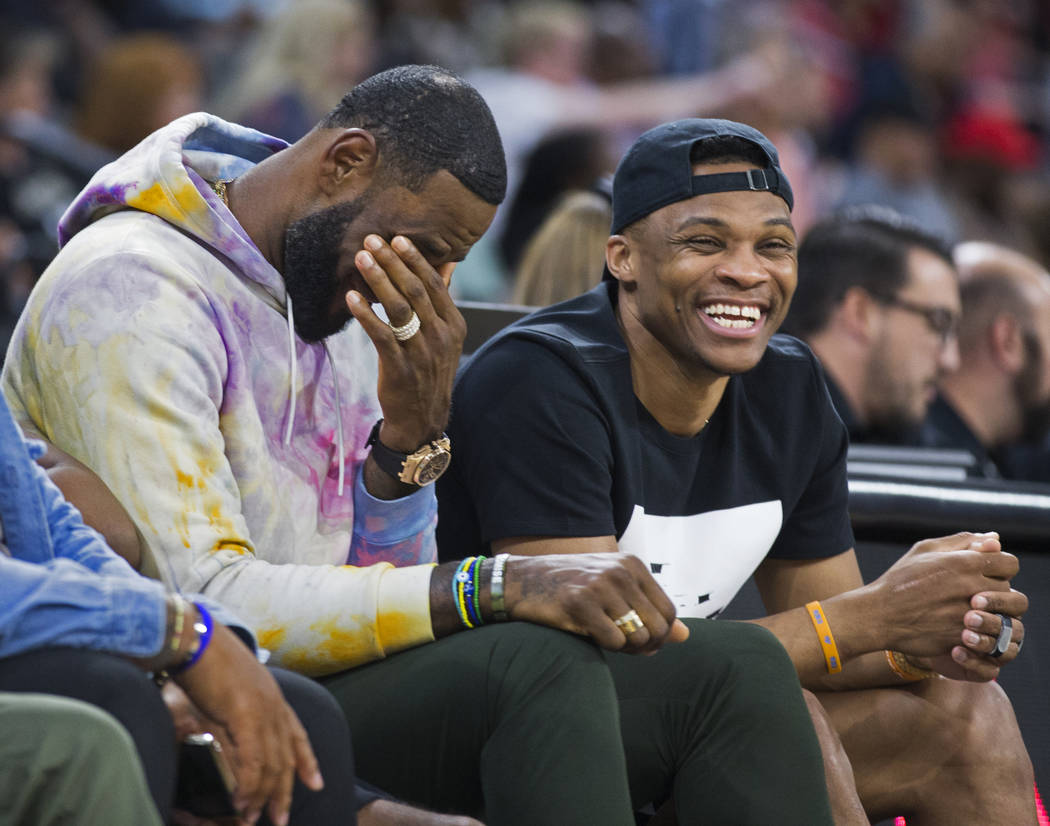 Aces All-Stars Liz Cambage, Kayla McBride and A’ja Wilson made sure to put on a show.

Cambage, McBride and Wilson combined to score 49 points on 14-of-23 shooting, Kelsey Plum scored 19 points, and Las Vegas rolled to a resounding 100-65 victory over the Liberty, whom they lost to Sunday. The 100 points are the tied for the third most since the franchise relocated from San Antonio to Las Vegas, and the team’s 35-point halftime lead is the second largest in WNBA history.

“Once we got our chemistry going and we’re playing like that, we’re unstoppable” Cambage said. “No one can match that. No one can match our game like that. We’re too strong. It’s all about just bringing the energy from the get-go and to continuing to play like that.”

The Aces (3-3) were sluggish and lethargic against the Liberty on Sunday — and in losses to the Phoenix Mercury and Connecticut Sun — but they had no such issues Friday and opened with a 13-2 run.

Cambage overpowered opposing defenders in the low post for three early scores, Wilson and McBride attacked the basket off the dribble, and Plum roamed the perimeter to find open 3-pointers and driving lanes.

The Liberty (2-5), meanwhile, struggled to score against the Aces, who were united and disciplined in their defensive rotations en route to a 66-31 halftime lead. They shot 68.6 percent from the floor in the first half and held New York to 26.5 percent shooting, drawing heaps of praise from coach Bill Laimbeer.

“We have a lot of quality players, especially with a lot of offensive talent,” he said. “They know they’re growing together. That’s the biggest positive. It’s just one game, one half. We played extremely well in one half, but I think we’re learning what we’re capable of. How to play off each other. We’re very difficult to guard when we move and share the basketball.”

The Aces continued their annihilation of the Liberty in the second half, and led by as many as 42 — well after Laimbeer pulled the starters. Rookie guard Jackie Young ran the point and helped orchestrate an efficient transition offense, finishing with eight points and eight rebounds.

Las Vegas worked its way to a 46-21 edge in rebounding and held New York to 32.4 percent shooting.

Now, to find that ever elusive consistency.

“It’s a lot of fun when everybody gets to be involved, when everybody shares the ball that way,” said McBride, who was excited to play in front of James, Westbrook and Paul.

“I was more impressed with our defense. I thought from the beginning that it set the tone.” she added. “We’re just trying to find our chemistry. … This is a good step forward.”