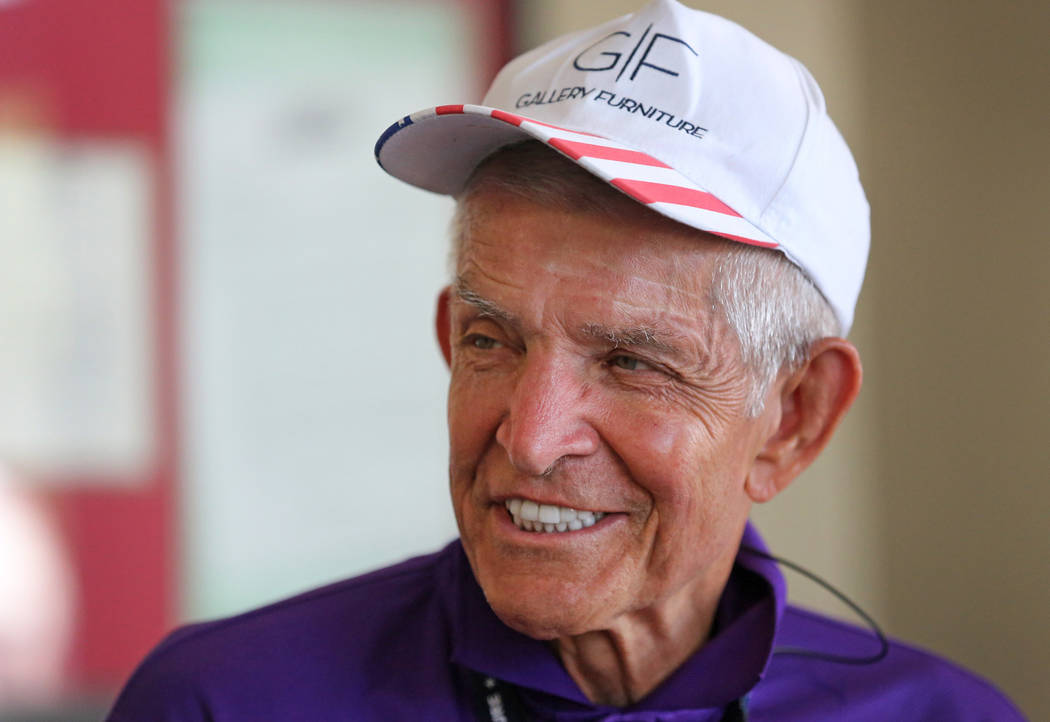 Jim "Mattress Mack" McIngvale, locally famous for philanthropy and his commercials for his business, Gallery Furniture, is pictured at the store in north Houston on Monday, Sept. 11, 2017. (Louis DeLuca/The Dallas Morning News/TNS) NO MAGAZINE SALES MANDATORY CREDIT; NO SALES; INTERNET USE BY TNS CONTRIBUTORS ONLY

The Astros are a win away from winning the World Series, and Mattress Mack is on the edge of his bed.

Houston furniture store owner Jim “Mattress Mack” McIngvale is in position to collect $22 million on roughly $12 million in wagers if the Astros beat the Washington Nationals for their second World Series title in three years.

McIngvale has placed a bevy of bets at legal sportsbooks in Las Vegas, New Jersey and Mississippi to hedge a potential loss of $20 million on a season-long promotion that will refund any mattress-set purchase of at least $3,000 if Houston wins the World Series.

Naturally, McIngvale, 68, said he’s hiding his winnings and tickets under his mattress.

“I’ve got a big, thick Tempur-Pedic,” he said. “It’s very heavy and very hard to lift.

“The mattress promotion paid for all these hedges and now the money has returned to its logical home, which is the mattress.”

McIngvale said his wife, Linda, was stressed out about his bets and could barely sleep when the Astros were down 2-0 in the Series. But Mrs. Mattress Mack is now fully on board with betting and sleeping soundly with Houston up 3-2.

Mack plans to bet big again on Houston to win Game 6 on Tuesday at Minute Maid Park, though Monday afternoon he hadn’t yet finalized where and how much he’d wager.

“If the Astros win (Tuesday), it will be all over,” he said. “It will be a pretty sizable bet, I would imagine. Hopefully, the tickets will be cashed in when the Astros win Tuesday or Wednesday.”

McIngvale wagered a total of $2.97 million on the Astros following their losses in Games 1 and 2 of the World Series. He wagered $1.6 million in Biloxi, Mississippi, following Houston’s Game 1 loss and placed $1.37 million in New Jersey and Las Vegas after the Astros lost Game 2.

McIngvale placed his bets on Games 4 and 5 at Circa Sports and Caesars Entertainment sportsbooks in Las Vegas and at William Hill in New Jersey, according to his advisers, sharp Las Vegas bettors Anthony Curtis and Frank Betti.

“The guys in Las Vegas have been great. Circa, MGM, South Point and William Hill have been real good to us, along with several others,” McIngvale said. “It’s pretty stressful flying to all these different places. That’s the hardest part. But it’s been fun. The guys in the gaming industry have been very accommodating.”