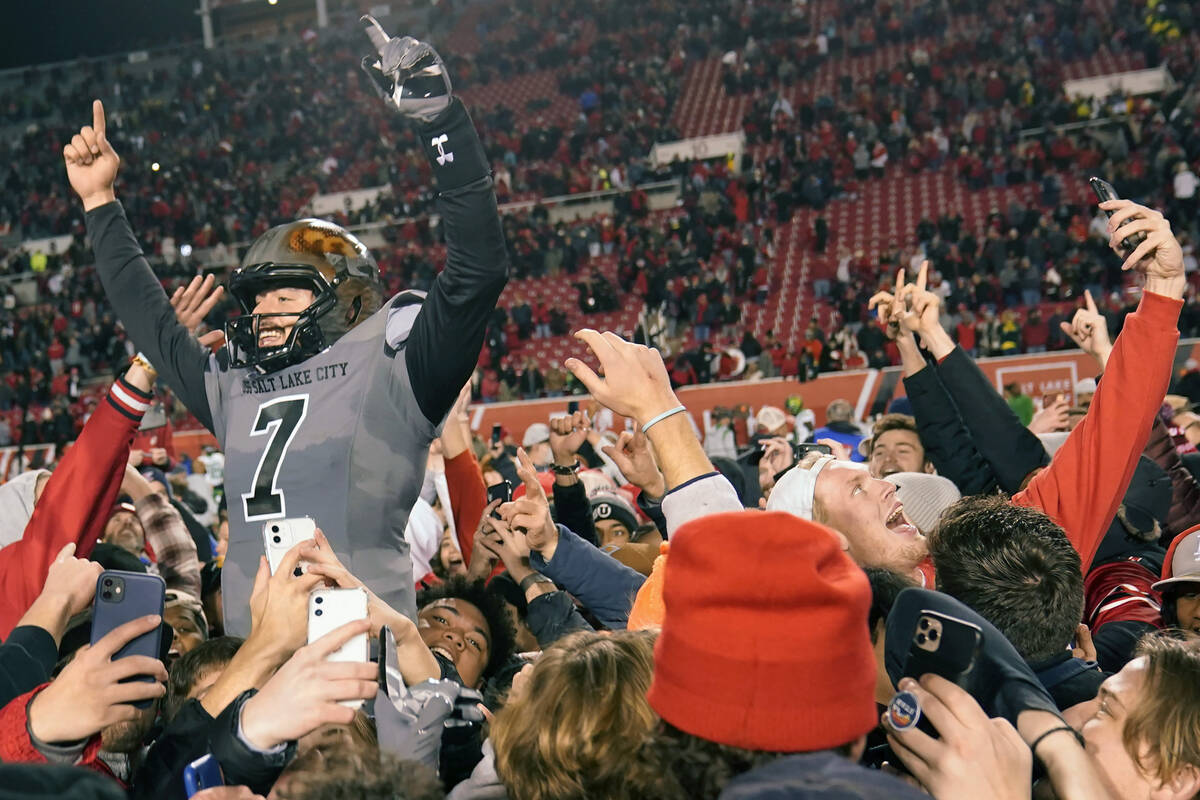 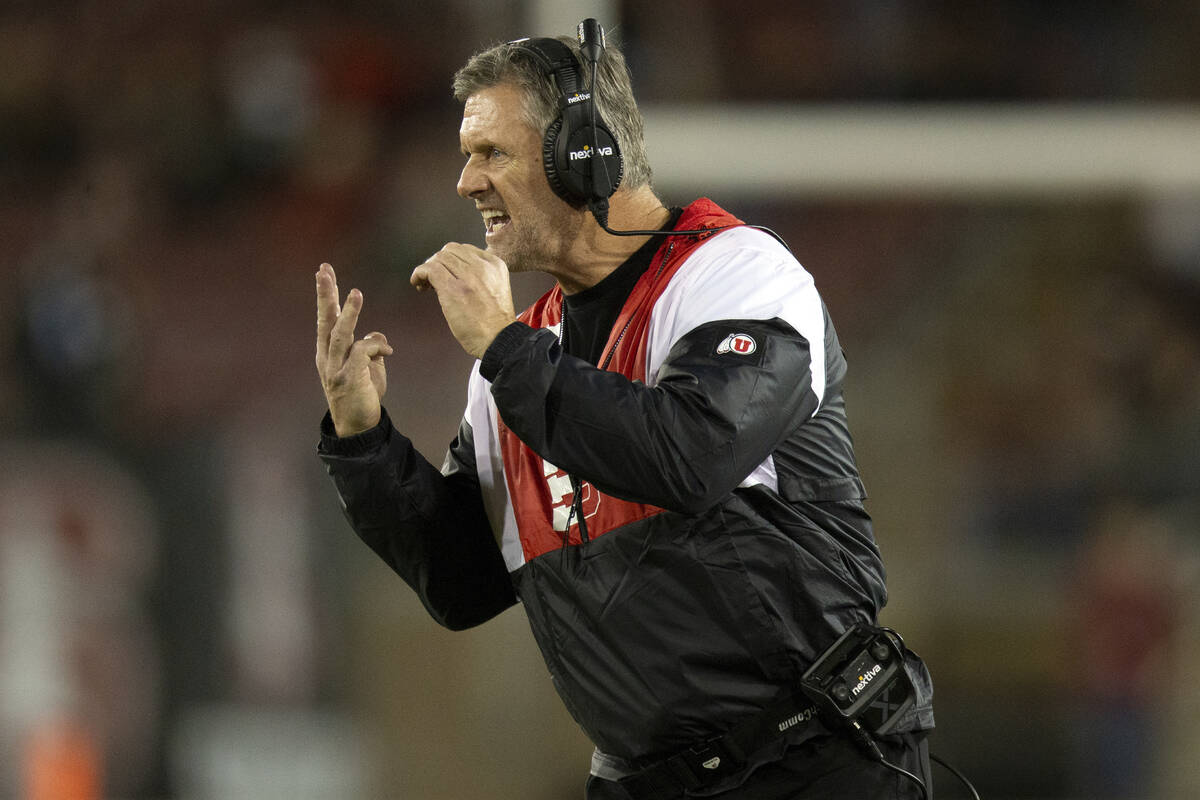 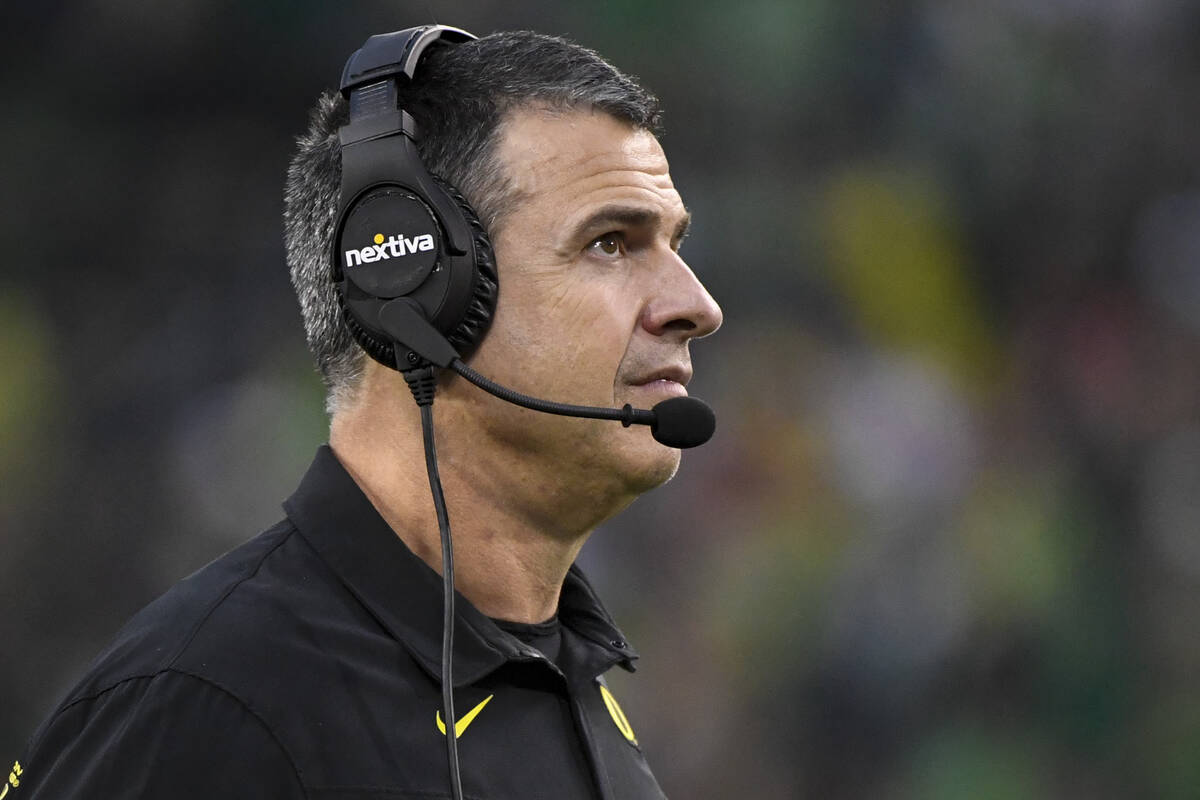 Oregon went to Salt Lake City nearly two weeks ago ranked third by the College Football Playoff committee with its sights set on a national championship.

Utah did more than play spoiler. The Utes blew out the Ducks 38-7 to extinguish the Pac-12 Conference’s only hope of making the final four and securing a playoff spot.

Now they meet again at 5 p.m. Friday at Allegiant Stadium in the Pac-12 Championship with the winner going to the Rose Bowl. Both coaches insist what happened Nov. 20 is irrelevant when trying to decipher what might occur in the rematch.

“We made a bunch of plays in that game against Oregon a couple weeks ago that don’t mean squat right now,” Utah coach Kyle Whittingham said. “They don’t care, and they’re not going to have any impact on this game. So we’ve got to go out and make plays. That’s what it always comes down to.”

The Pac-12 title game was in Santa Clara, California, for six years before it was scheduled to move to Las Vegas in 2020 when COVID-19 pandemic hit. So the conference moved last year’s game to the home site of the league’s top team, with Southern California serving as host in a 31-24 loss to Oregon.

The conference pushed its two-year contract with Las Vegas back a year, so Allegiant also will host the 2022 game.

After that year, it remains to be seen where the game will be played. Strong attendance this year and next certainly would help Las Vegas’ argument to retain the championship. An estimated attendance for this game wasn’t made available.

“Vegas is a lot closer to Salt Lake than Eugene, Oregon, so we hope we outnumber them,” Whittingham said. “The ticket sales, from what I understand, are going really well. So if we have a slight home-field advantage, that would be a big positive.”

Friday’s crowd will watch a game that oddsmakers believe will be much closer than the regular-season blowout. No. 14 Utah (9-3) is favored by 2½ points over No. 10 Oregon (10-2).

The Utes come to Las Vegas having won eight of their past nine games. That hot stretch began when they turned to sophomore quarterback Cameron Rising, who transferred from Texas in 2019. He has thrown for 2,109 yards and 17 touchdowns with just three interceptions.

Utah is in its third Pac-12 Championship, but the Utes are seeking their first title. A victory would be Oregon’s third consecutive championship and fifth overall.