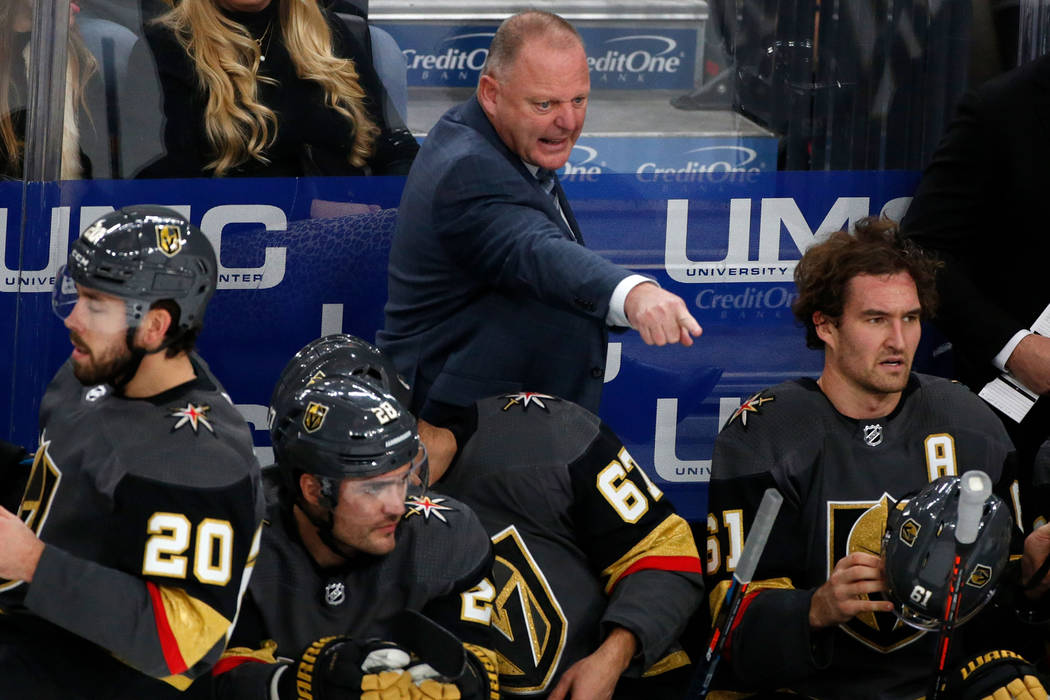 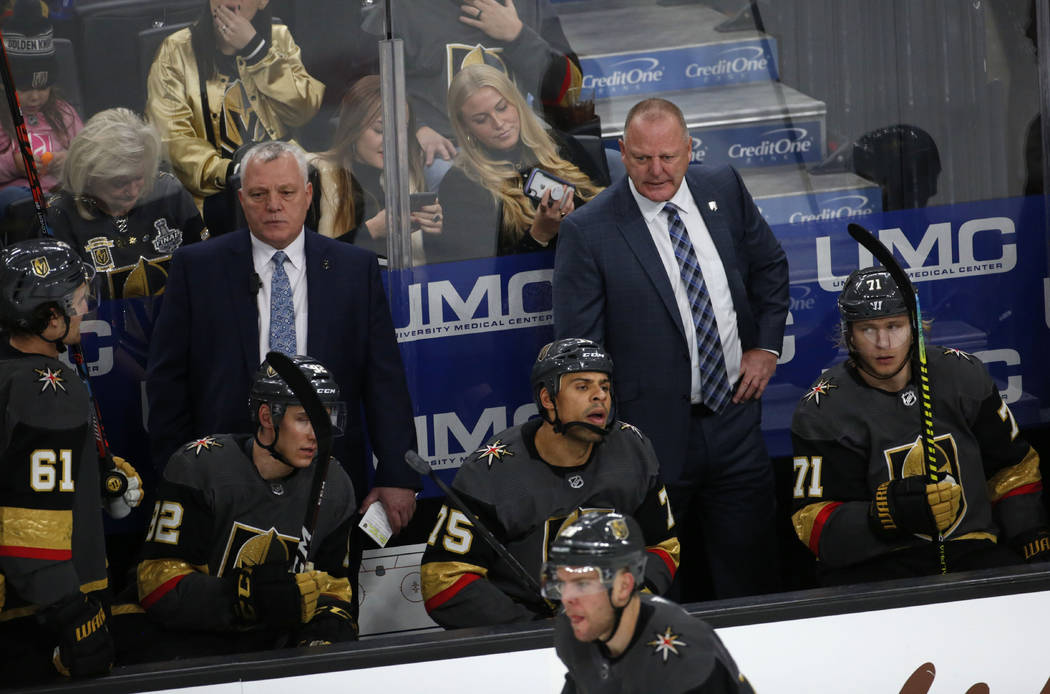 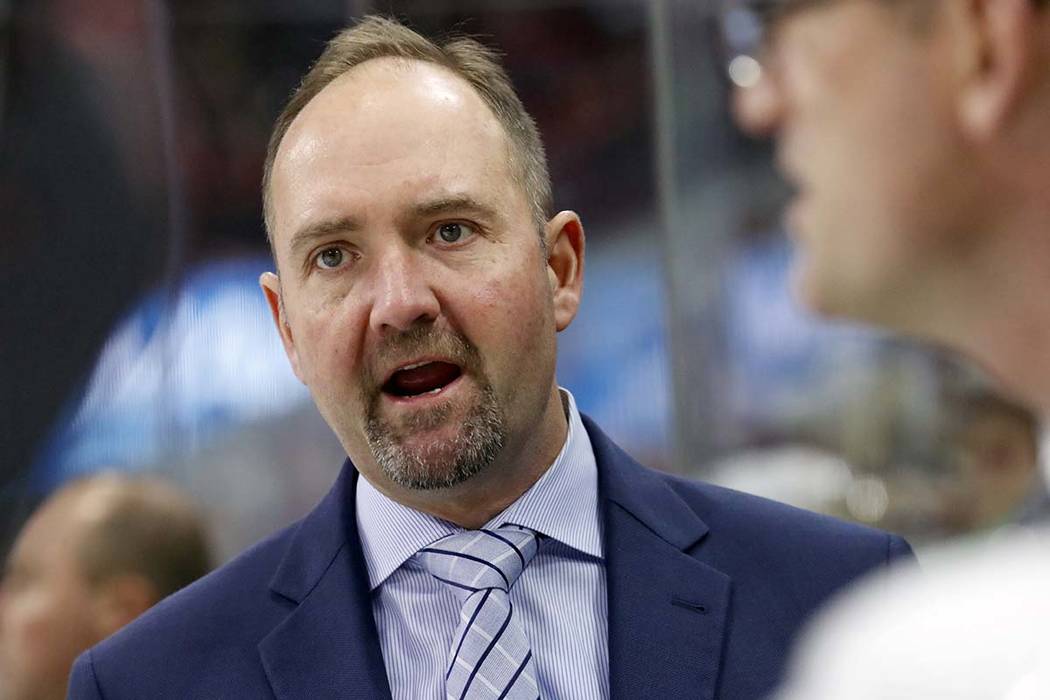 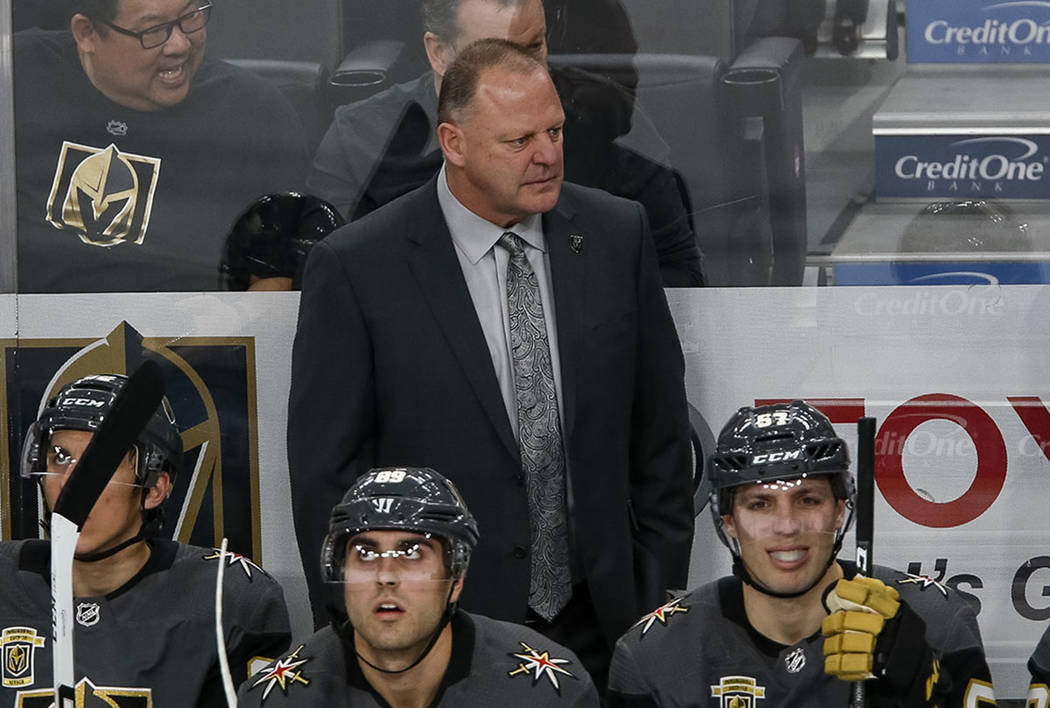 Vegas Golden Knights head coach Gerard Gallant watches his team as play continues during the first period of an NHL hockey game between the Golden Knights and the Calgary Flames at the T-Mobile Arena in Las Vegas on Sunday, March 18, 2018. Richard Brian Las Vegas Review-Journal @vegasphotograph 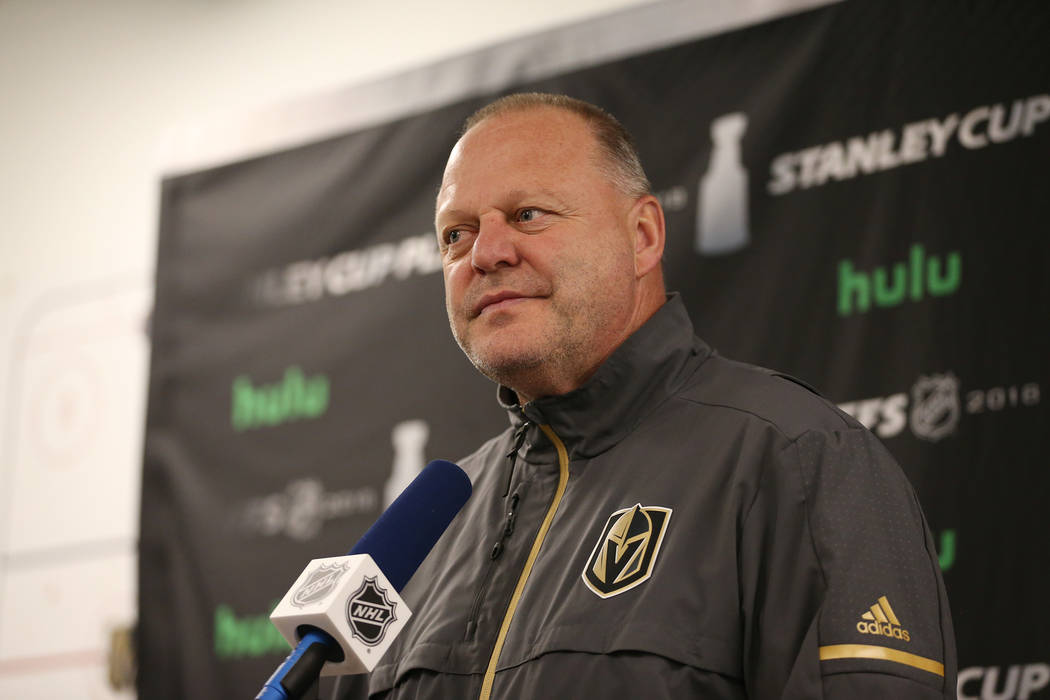 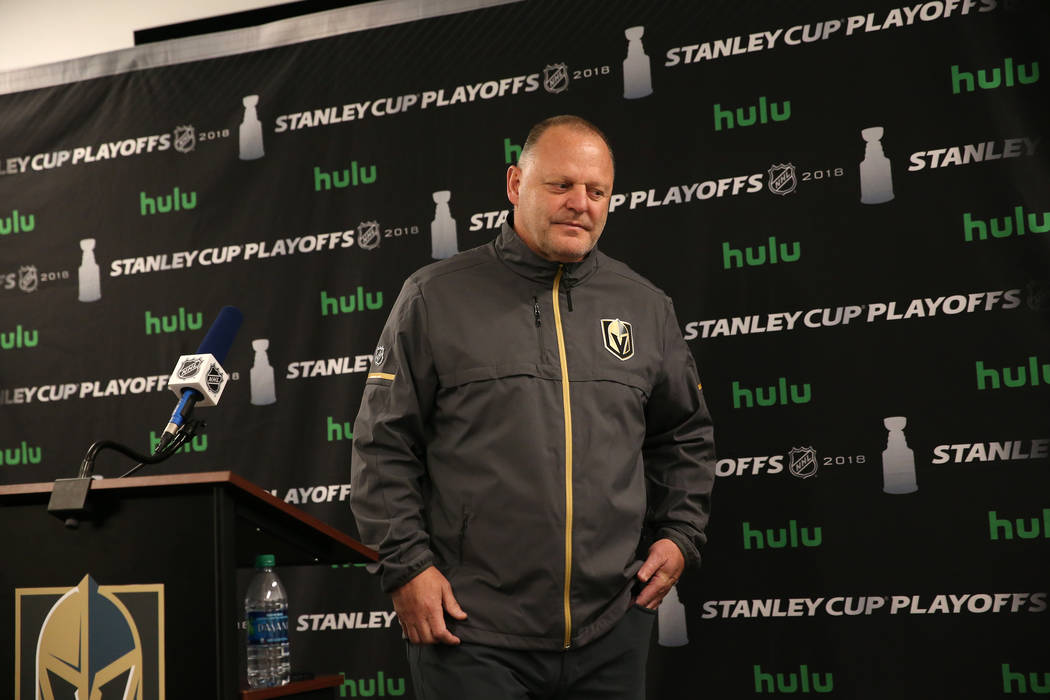 OTTAWA, Ontario — At the conclusion of his postgame comments following Tuesday’s loss at Buffalo, Max Pacioretty alluded to a sense of complacency that started to permeate the Golden Knights’ locker room.

“It’s important for us to challenge each other to make sure that nothing’s really safe,” the veteran left wing said.

That message was forcefully delivered Wednesday morning when the Knights fired coach Gerard Gallant and replaced him with former San Jose coach Peter DeBoer. Three-and-a-half months of underachieving was too much for general manager Kelly McCrimmon and president of hockey operations George McPhee.

Assistant coach Mike Kelly also was relieved of his duties.

Do you agree with the @GoldenKnights' decision to fire Gerard Gallant? #VegasBorn

“As a manager, sometimes you have a feeling that something isn’t the way you need it to be or want it to be,” McCrimmon said. “We feel we’ve underperformed a little bit, and certainly that’s not to pile that at the feet of Mike and Gerard, but sometimes you feel a change is needed.”

Gallant, who had one year remaining on his contract, led the Knights to the Stanley Cup Final their inaugural season and was the recipient of the Jack Adams Award for NHL coach of the year.

He went 118-75-20, the ninth-best record in the league during his tenure, and twice was named the coach of the Pacific Division All-Star team, including this season. It is unclear who will replace Gallant during the All-Star Game on Jan. 25 at St. Louis.

Gallant is the seventh coach that’s been fired this season.

“I think a lot of guys really enjoyed playing for (Gallant) and had personal and team success with him,” said alternate captain Reilly Smith, who also played for Gallant in Florida. “I think you’re always shocked when something like this happens. A week and a half ago, we were in first place in our division and now it seems like we’re looking for a new path or different direction with our team.”

Despite a high-priced roster, the Knights (24-19-6) have been plagued by inconsistency and lost their fourth straight Tuesday against the Sabres, dropping them out of a playoff position with 33 games remaining.

The Knights rank second in the league in expected goal share at 5-on-5, according to NaturalStatTrick, but the sum of their shooting percentage and save percentage is 28th overall.

Translation: The Knights aren’t scoring when they generate chances and haven’t made enough saves, either.

“We take a lot of pride in our dressing room, and players know that as a group we haven’t played up to expectations. We’re taking quite a bit of that blame,” right wing Mark Stone said. “We all loved and respected playing for Gerard, especially the guys who have been here since day one. I didn’t even get a year in with him, but I loved playing for him. But like I said, when you don’t play up to expectation, these things happen.”

Gallant, who was the longest-tenured coach in the Pacific Division, was not available for comment Wednesday. His agent, Neil Glasberg, did not return a voicemail.

McCrimmon and McPhee had discussed a coaching change internally for several months and decided to be proactive before the team fell too far out of the playoff race.

The Knights were even in points with Vancouver and Winnipeg, which occupy the two wild-card spots, and three points behind Pacific Division-leading Arizona at the start of play Wednesday.

“It wasn’t a specific bloc of games or a specific game,” McCrimmon said. “It’s more just the feeling that you have that a change might be needed. I wish I could be more specific than that, but that’s really how we felt.

“We thought about this a lot. It certainly wasn’t something we did in haste or something that we did based on the recent four games. It was a decision that was arrived at over time.”

The decision to hire DeBoer, which McCrimmon said was made within the past 24 hours, adds an intriguing layer to the Knights-Sharks rivalry.

During the Western Conference quarterfinals last spring, DeBoer accused Gallant of excessively chirping at Sharks players, and Gallant responded by calling the San Jose coach a “clown” prior to Game 7.

DeBoer was fired Dec. 11 after the Sharks failed to live up to preseason expectations and stumbled to a 15-16-2 record.

He is expected to be behind the bench when the Knights face the Ottawa Senators on Thursday at Canadian Tire Centre.

The Knights are the fourth coaching stop for the 51-year-old DeBoer, following Florida, New Jersey and San Jose. He’s compiled a career mark of 415-329-111 and led the Devils to the Stanley Cup Final in 2012.

“It’s tough as a group, as a team, to cost two coaches their job,” goaltender Marc-Andre Fleury said. “It’s a good wake-up call for all of us. Obviously it’s easier to change two coaches than to change 15 guys. I think we need to hear the message loud and clear, turn things around and be better.”