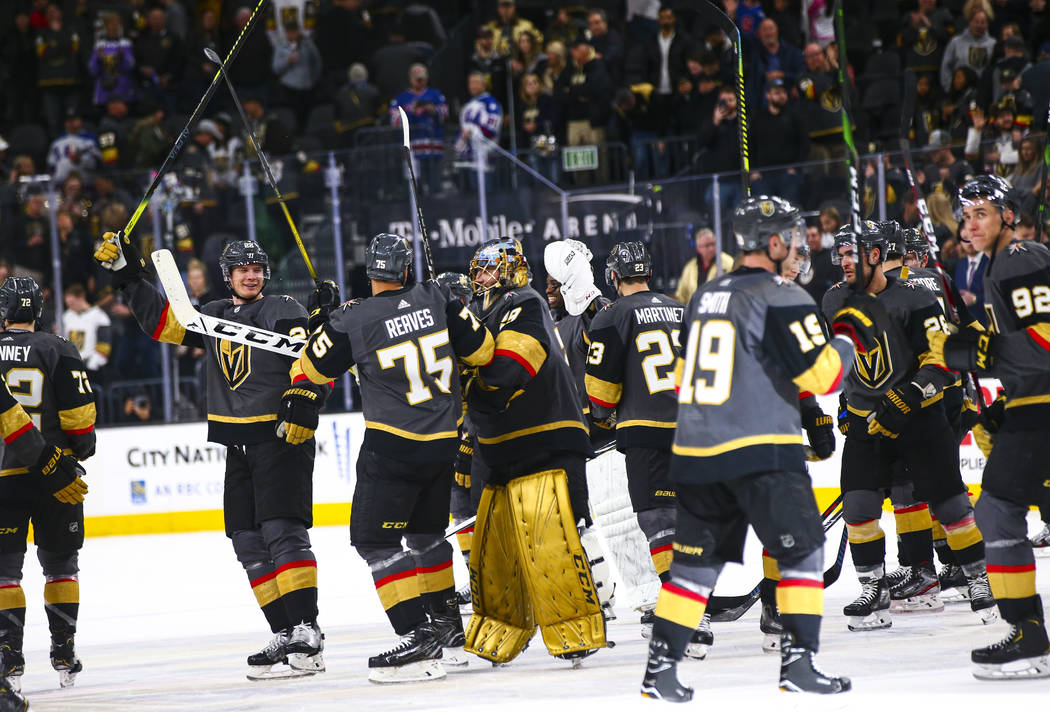 The American Hockey League’s board of governors approved the transfer of ownership of the San Antonio Rampage to the Golden Knights on Friday, as well as the relocation of the franchise to Henderson/Las Vegas.

“It’s official,” Knights owner Bill Foley said in a statement. “AHL hockey is coming to our great city. Local residents have responded with incredible enthusiasm over the last month, as we have received over 7,000 season-ticket deposits to date. We are committed to creating memorable, positive experiences for our fans and their families. … We can’t wait to drop the puck this fall.”

The Knights purchased the Rampage on Feb. 6. The AHL team will play at Orleans Arena for at least the 2020-21 season, and long term it will get its own 6,000-seat arena on the site of the Henderson Pavilion at the intersection of Paseo Verde and Green Valley parkways.

The team will be headquartered and practice at the Knights’ Lifeguard Arena complex on Water Street in Henderson. The club’s name hasn’t been announced, but Silver Knights is considered a strong possibility.