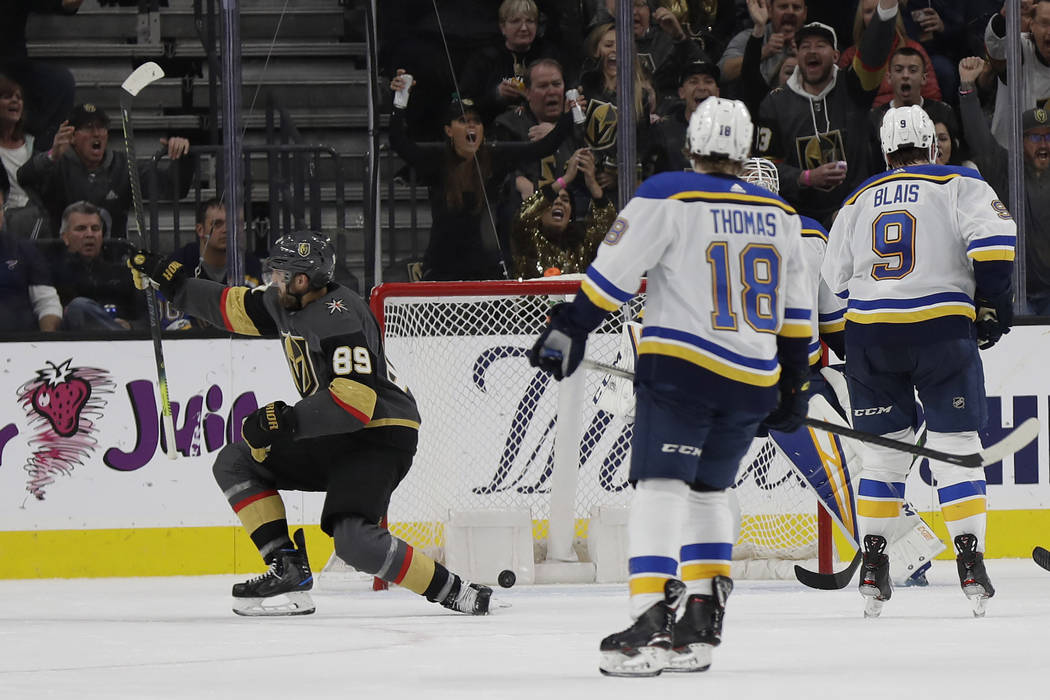 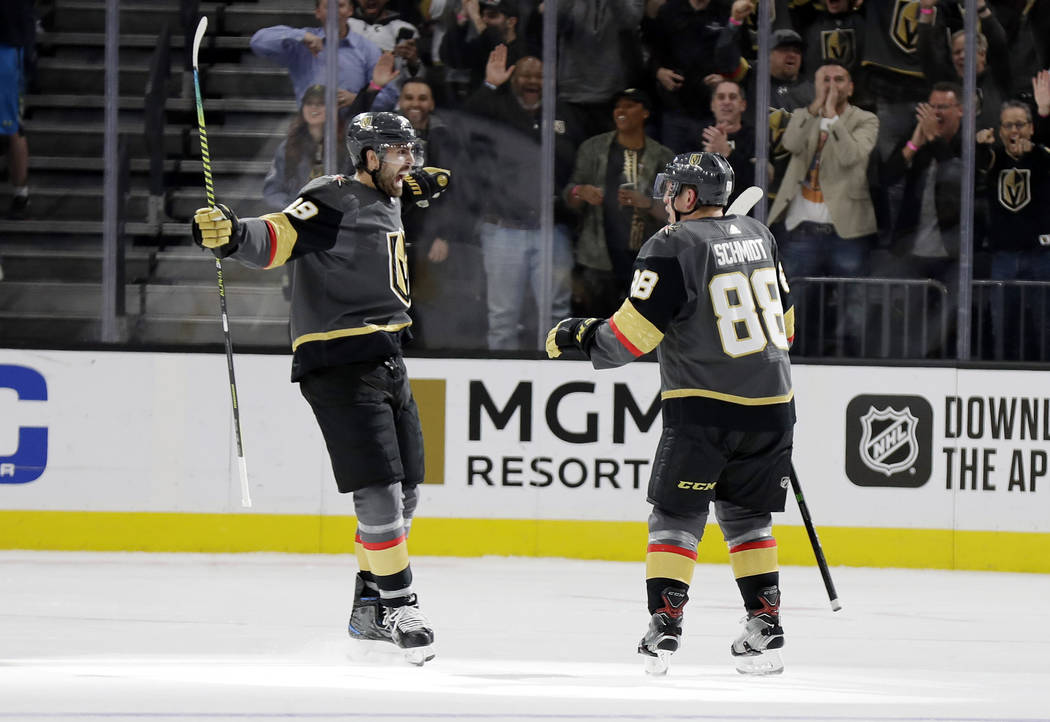 Golden Knights coach Pete DeBoer said Friday there was no update on Alex Tuch’s status, a day after the right wing hobbled off the T-Mobile Arena ice without putting weight on his left leg.

DeBoer said Tuch was being tested and more will be known afterward.

Tuch was injured after crashing into the end boards in the third period of the Knights’ 6-5 overtime win over the St. Louis Blues on Thursday. It was another frustrating moment for the 23-year-old in a season full of them. He had tied the game at 5 earlier with his eighth goal, but lost his footing trying to score another one.

Tuch has 17 points in 42 games, a far cry from his production last season when he was the Knights’ leading scorer at the trade deadline with 43 points.

The team’s trade for right wing Mark Stone changed everything for Tuch. He was bumped to the third line and has 26 points in 61 games since.

DeBoer still carries high hopes for the young wing, who is under contract through the 2025-26 season.

“I (think) he has gotten better and better every game I’ve been here with him,” DeBoer said. “He is receptive to coaching and the messaging, and he wants to do more, and we need him to.”

DeBoer said Marc-Andre Fleury didn’t start Thursday because he was feeling “under the weather,” but the goaltender seemed in good health after Friday’s optional practice.

Fleury’s spirits also seemed to be lifted by the return of his gold pads, which he hasn’t worn in a game this season after occasionally using them in 2018-19. Fleury, who has played below his typical standards, said defenseman Nate Schmidt encouraged him to wear them at Friday’s practice.

One of the more humorous moments in Thursday’s game came when right wing Mark Stone, while holding onto the puck, told defenseman Shea Theodore to move Blues center Ryan O’Reilly’s broken stick out of the offensive zone.

Theodore hesitated before following Stone’s orders, and the Knights scored a power-play goal soon after.

“I wasn’t sure on the rule on moving a stick,” Theodore said. “He just told me to move it, so I moved it, and it worked. I’ll just listen to him from now on.”

Left wing Jonathan Marchessault struck a pose after his game-winning goal Thursday, cupping his hand to his ear as if to say, “I can’t hear you.” It left at least one teammate a little perplexed.

Can you hear that?

“I told him after the game, you usually do that when you’re on the road,” linemate Reilly Smith said. “But I guess, you know, he didn’t think the crowd was loud enough. Just trying to get them a little bit louder, a little bit more rowdy.”

Glass scored for the Wolves on Thursday in his first game since sustaining a lower-body injury Jan. 4. He has 12 points in 37 games.

Roy has six points in 19 games.