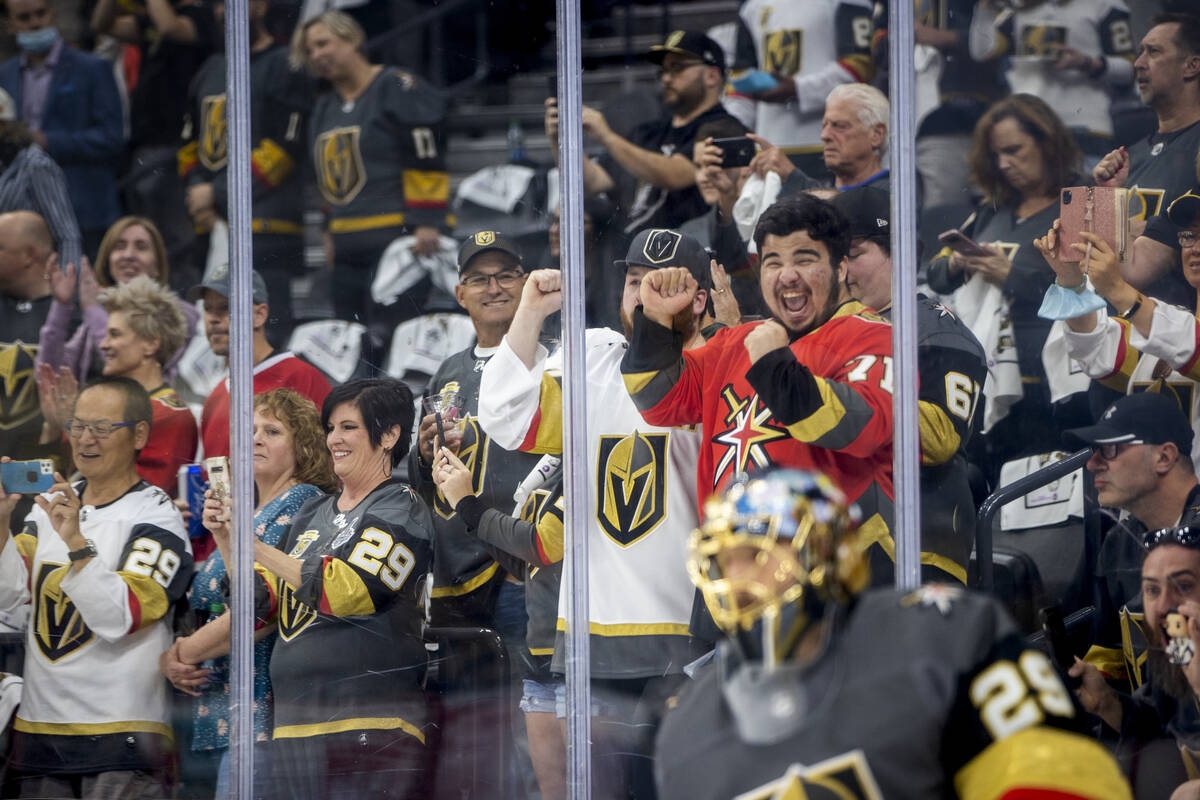 Golden Knights fans get pumped up as goaltender Marc-Andre Fleury (29) and teammates take the ice during warm ups before the first period of Game 2 of an NHL hockey Stanley Cup semifinal playoff series against the Montreal Canadiens at T-Mobile Arena on Wednesday, June 16, 2021, in Las Vegas. (L.E. Baskow/Las Vegas Review-Journal) @Left_Eye_Images 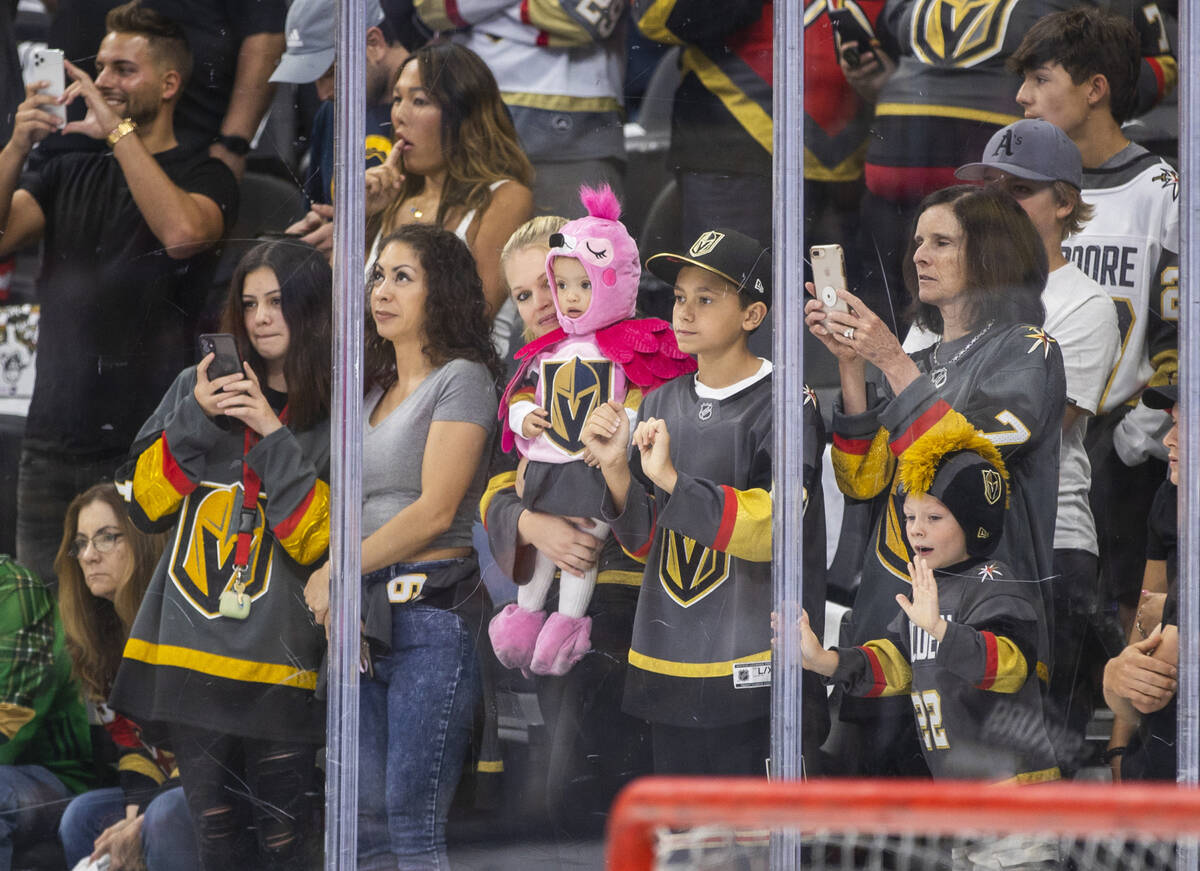 Golden Knights fans get pumped look to the players as they take the ice during warm ups before the first period of Game 2 of an NHL hockey Stanley Cup semifinal playoff series against the Montreal Canadiens at T-Mobile Arena on Wednesday, June 16, 2021, in Las Vegas. (L.E. Baskow/Las Vegas Review-Journal) @Left_Eye_Images

Golden Knights fans won’t be required to provide proof of COVID-19 vaccination or a negative test to attend games this season at T-Mobile Arena, the team announced Thursday.

The Knights had the option of opting out of Nevada’s indoor mask mandate if they required fans to be at least partially vaccinated, though only those fully vaccinated would be allowed to go unmasked. Instead, the team decided to comply with the mandate until it is lifted.

“The Vegas Golden Knights and Henderson Silver Knights will continue to follow the applicable recommendations from state and local health officials, the National Hockey League and the CDC,” the Knights said in a statement. “If any adjustments are made to these fan policies, we will communicate those changes once confirmed.”

The Raiders took the opposite approach and required proof of vaccination to attend a game at Allegiant Stadium. Several Canadian NHL teams have similar requirements in place, such as the Edmonton Oilers, Toronto Maple Leafs, Vancouver Canucks and Winnipeg Jets. United Center, the Chicago Blackhawks’ home arena, also requires proof of vaccination or a negative COVID-19 test for fans to enter the arena.

The Knights did not require proof of vaccination during the 2021 season when fans were allowed to attend games again March 1. They returned to 100 percent capacity at T-Mobile Arena starting in Game 3 of the second round of the playoffs against the Colorado Avalanche on June 4.

The Knights announced their roster for their rookie camp Thursday, which features their entire 2021 draft class and many of their other top prospects.

The players will participate in a tournament in Arizona after practicing for a few days, playing the Coyotes on Sept. 17, the San Jose Sharks on Sept. 19 and the Los Angeles Kings on Sept. 20. The Knights’ main training camp begins Sept. 22.

The team didn’t have a rookie camp last year, as it had a shortened training camp to get ready for its 56-game condensed schedule.

Among the familiar faces at City National Arena will be forward Peyton Krebs, the 17th overall pick in 2019. He played in four NHL games last season before fracturing his jaw and could compete for a roster spot.

Right wing Jack Dugan, who had 33 points in 37 games last season as an American Hockey League rookie, also will be there, as will defenseman Kaedan Korczak. The 20-year-old right shot was briefly on the Knights’ taxi squad last season and brings intriguing size at 6 feet 3 inches.

Those coming to City National Arena for the first time include defenseman Lukas Cormier, who is coming off an outstanding season in the Quebec Major Junior Hockey League. The 2020 third-round pick had 54 points in 39 games and signed his entry-level contract in December.

All six selections in the 2021 draft will participate. That includes first-round selection Zach Dean, a center from the QMJHL, and second-round pick Daniil Chayka, a defenseman who is expected to spend the season in the Ontario Hockey League.

The most notable prospect not participating is 2019 first-round pick Brendan Brisson. The 19-year-old left wing is on campus at Michigan getting ready for his sophomore season.