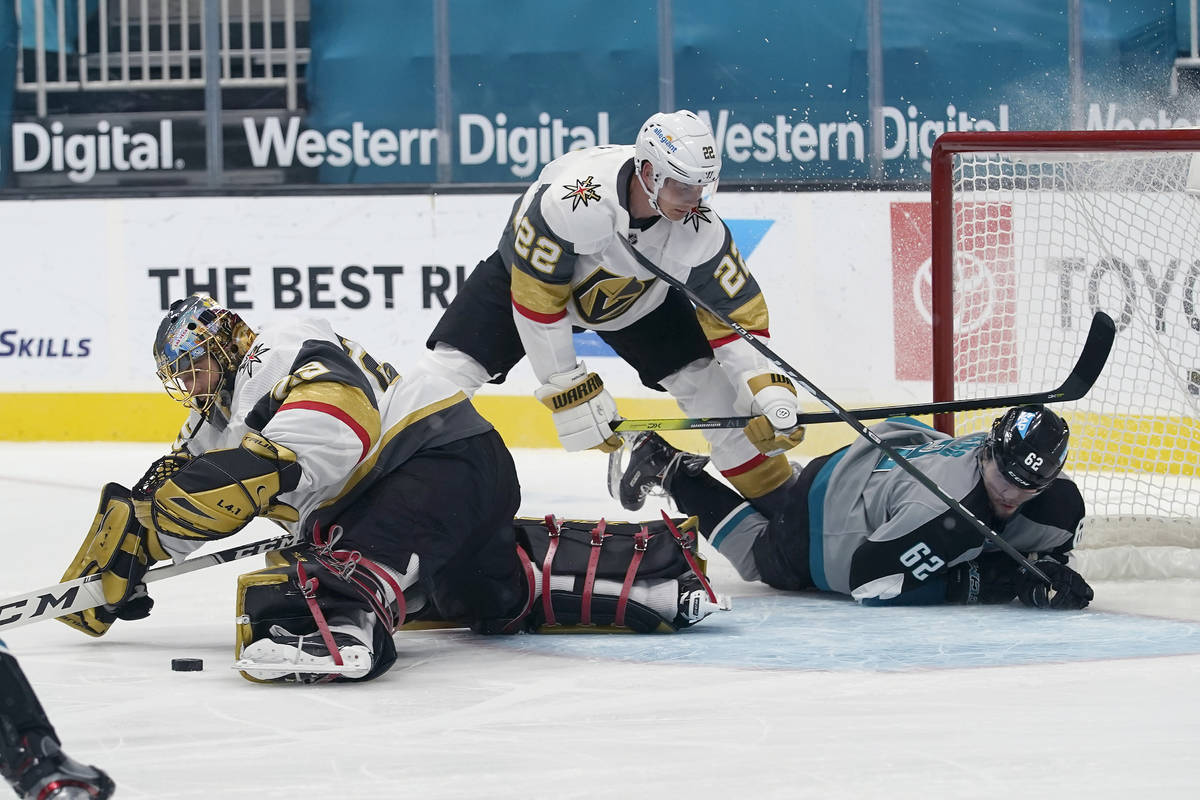 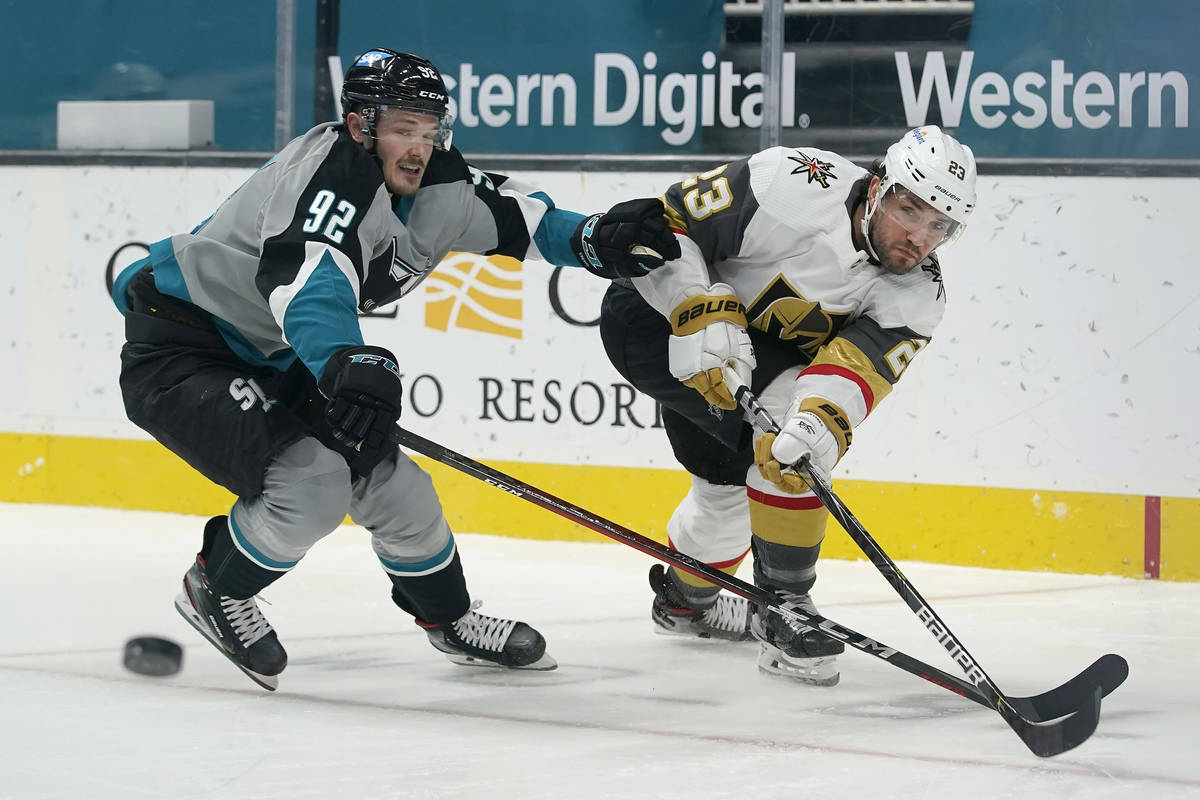 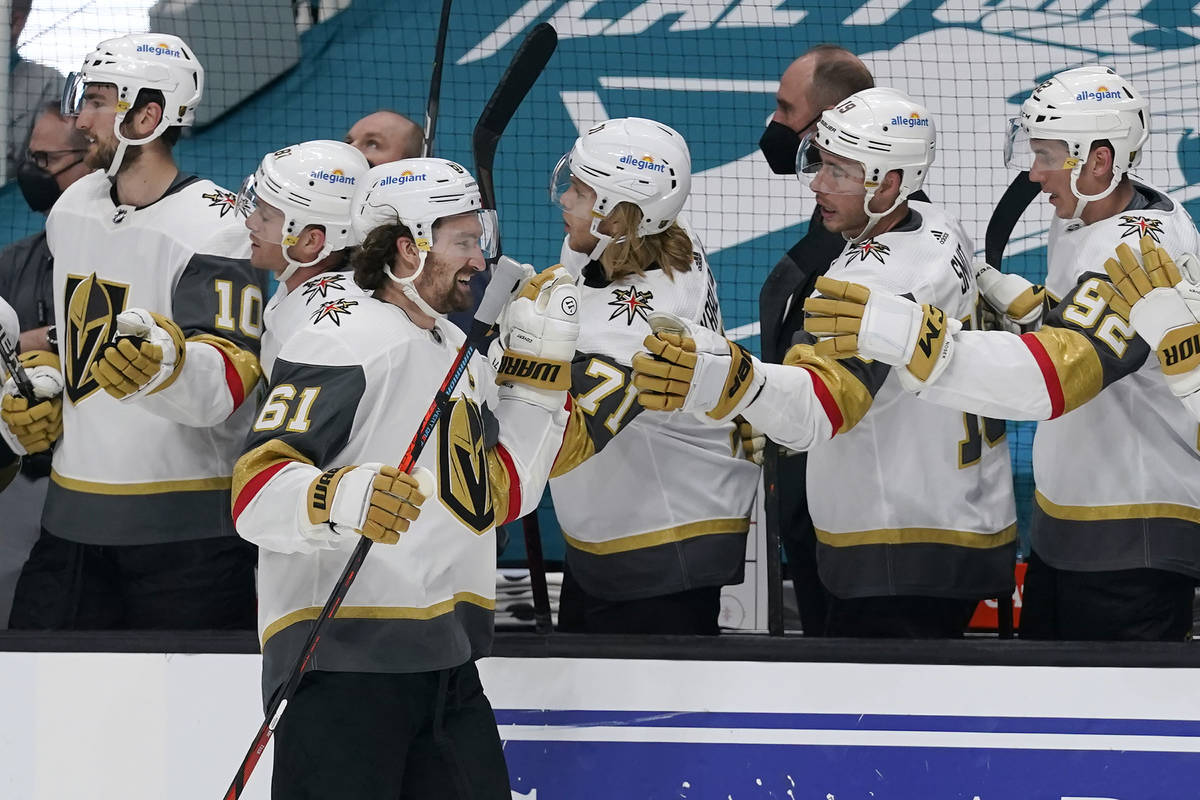 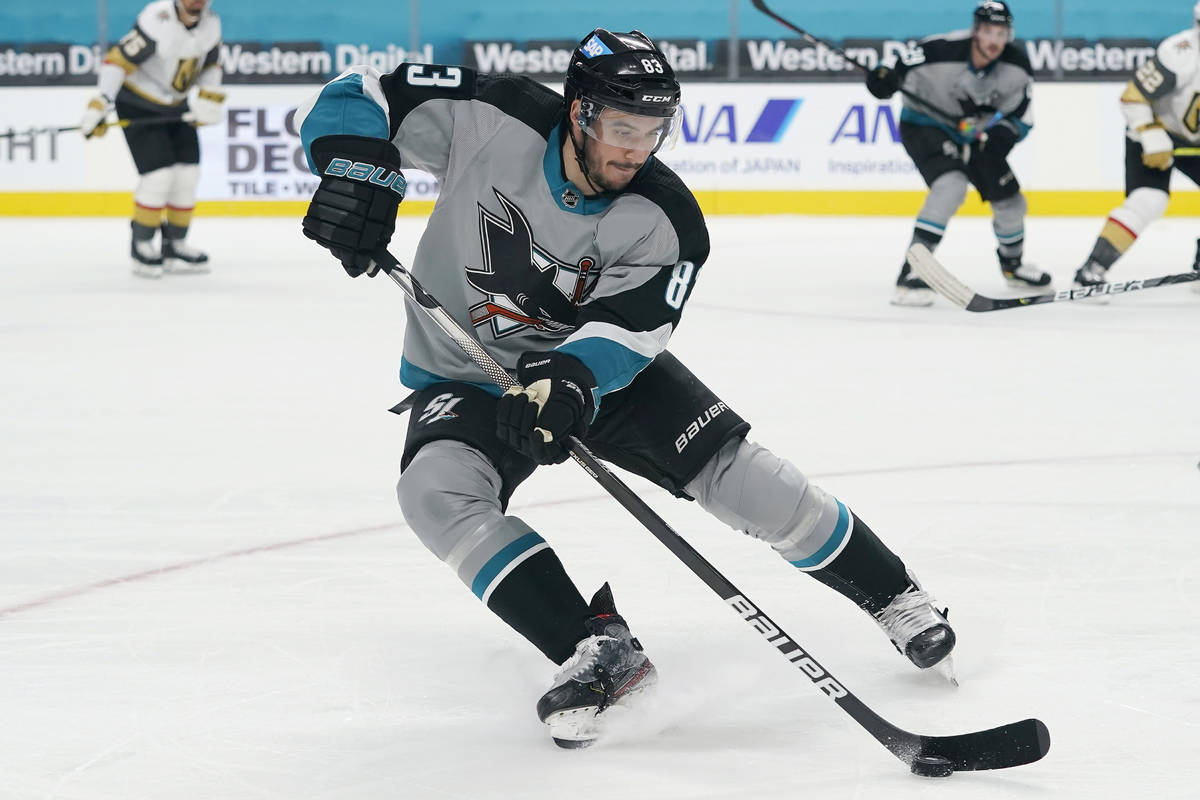 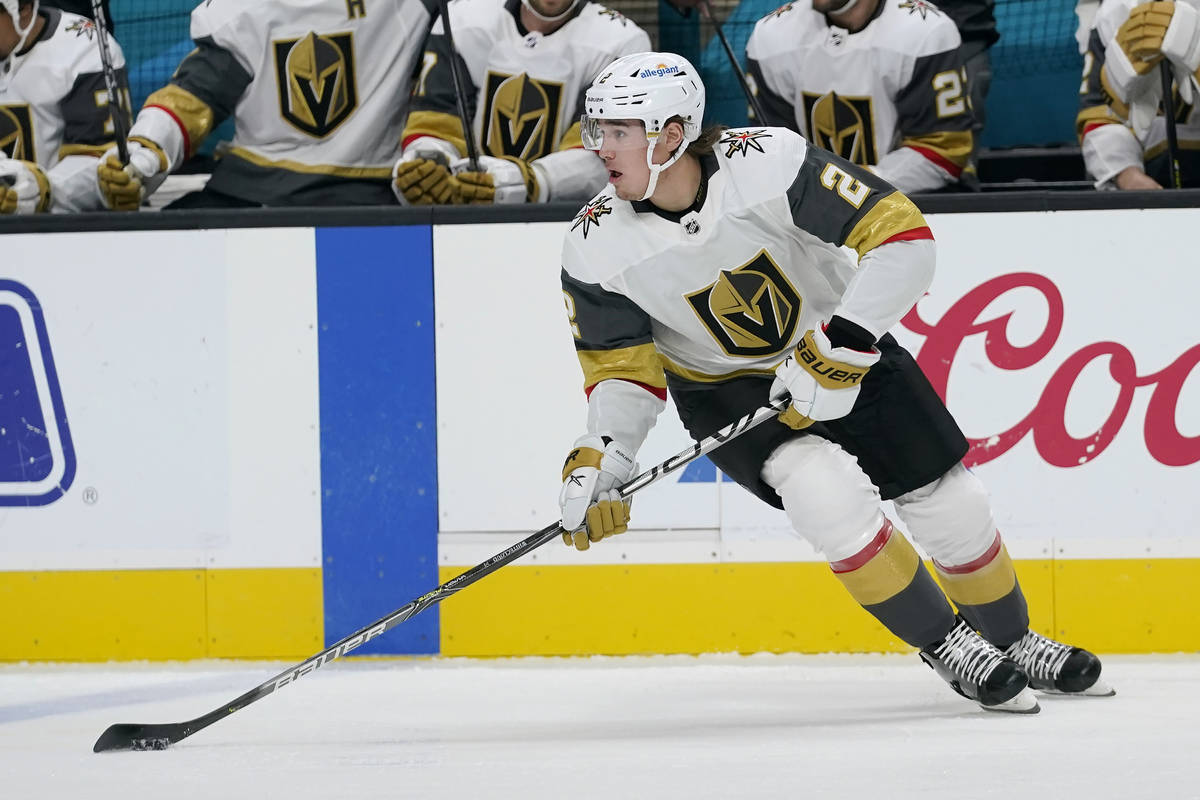 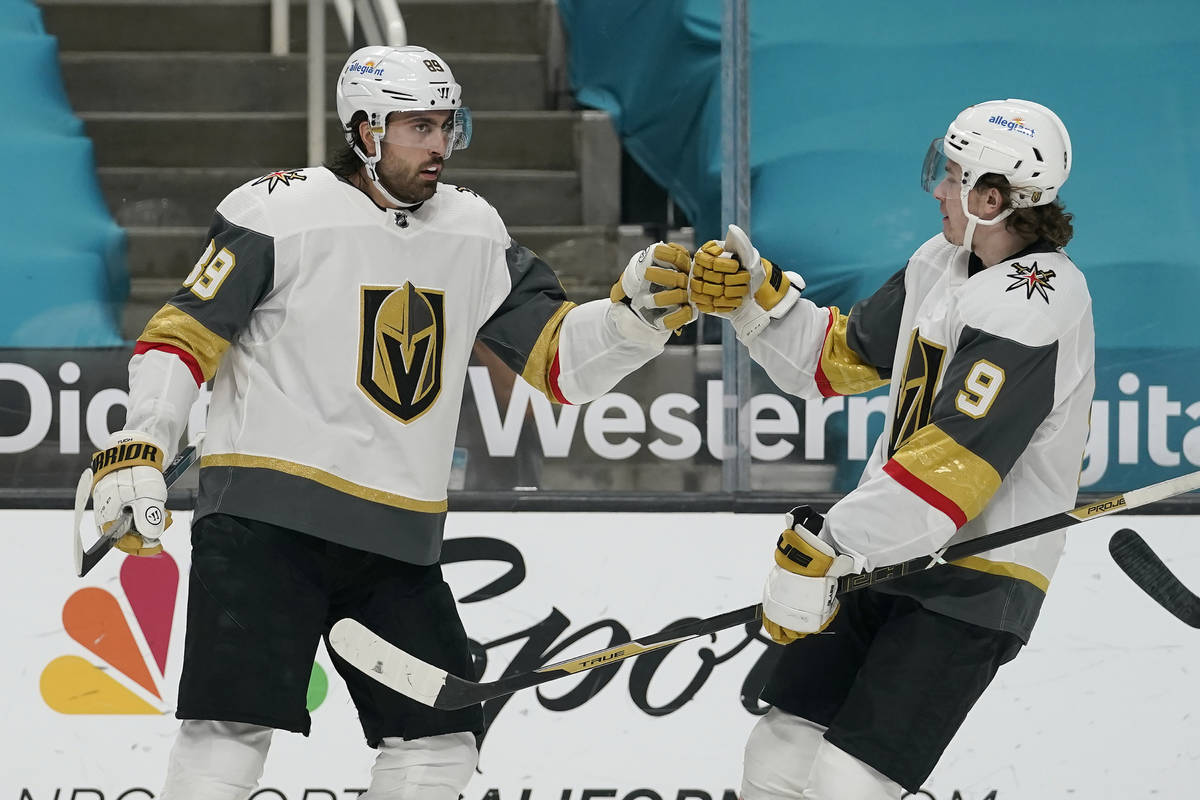 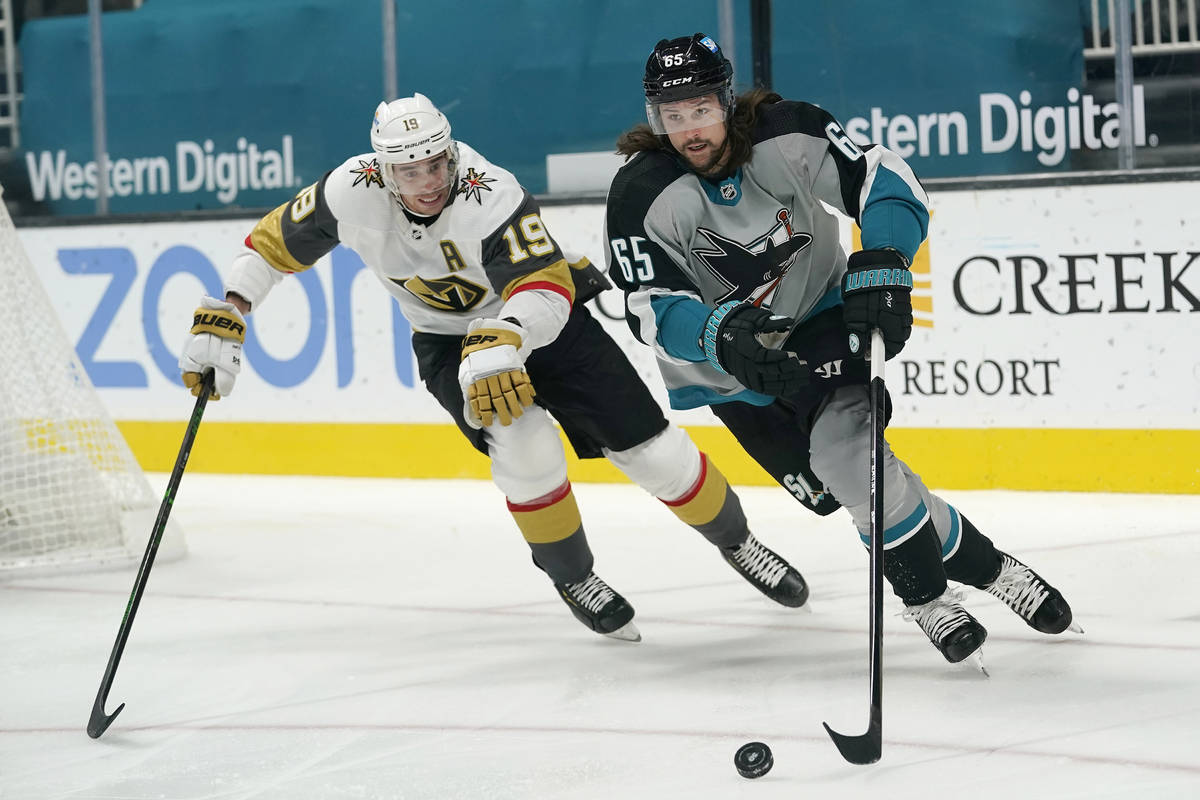 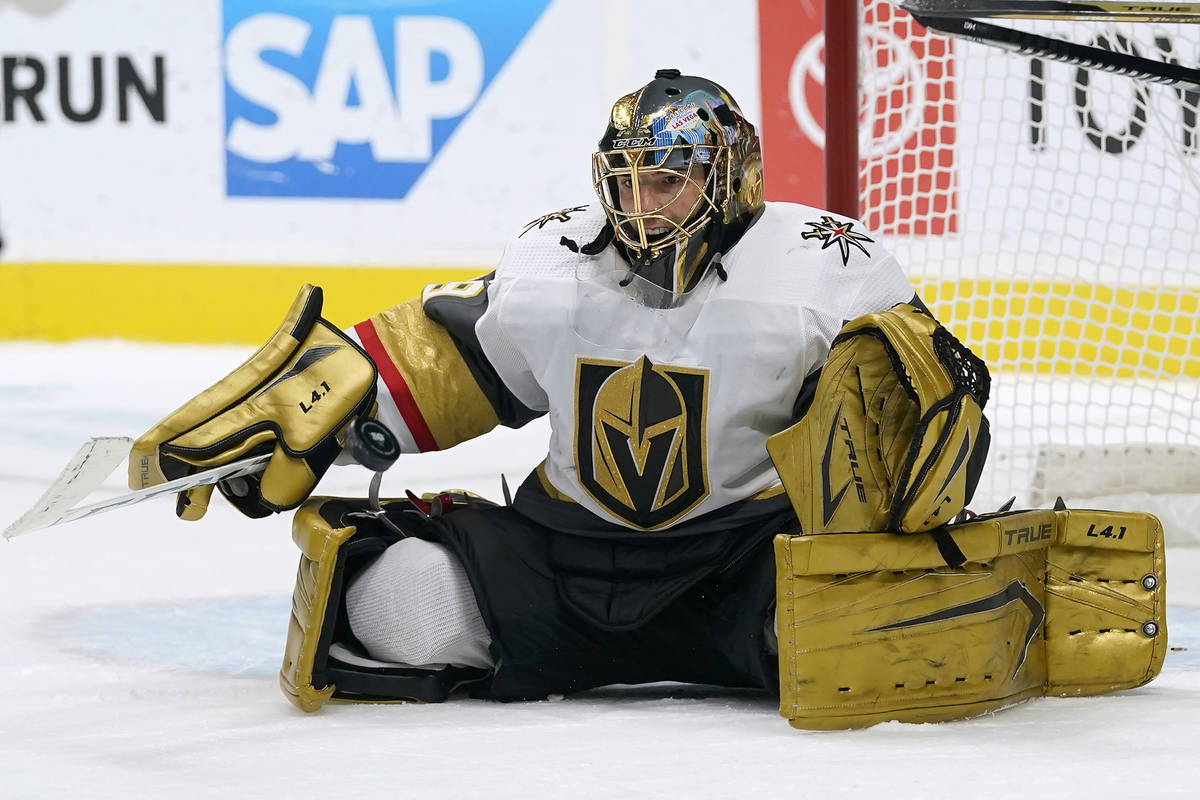 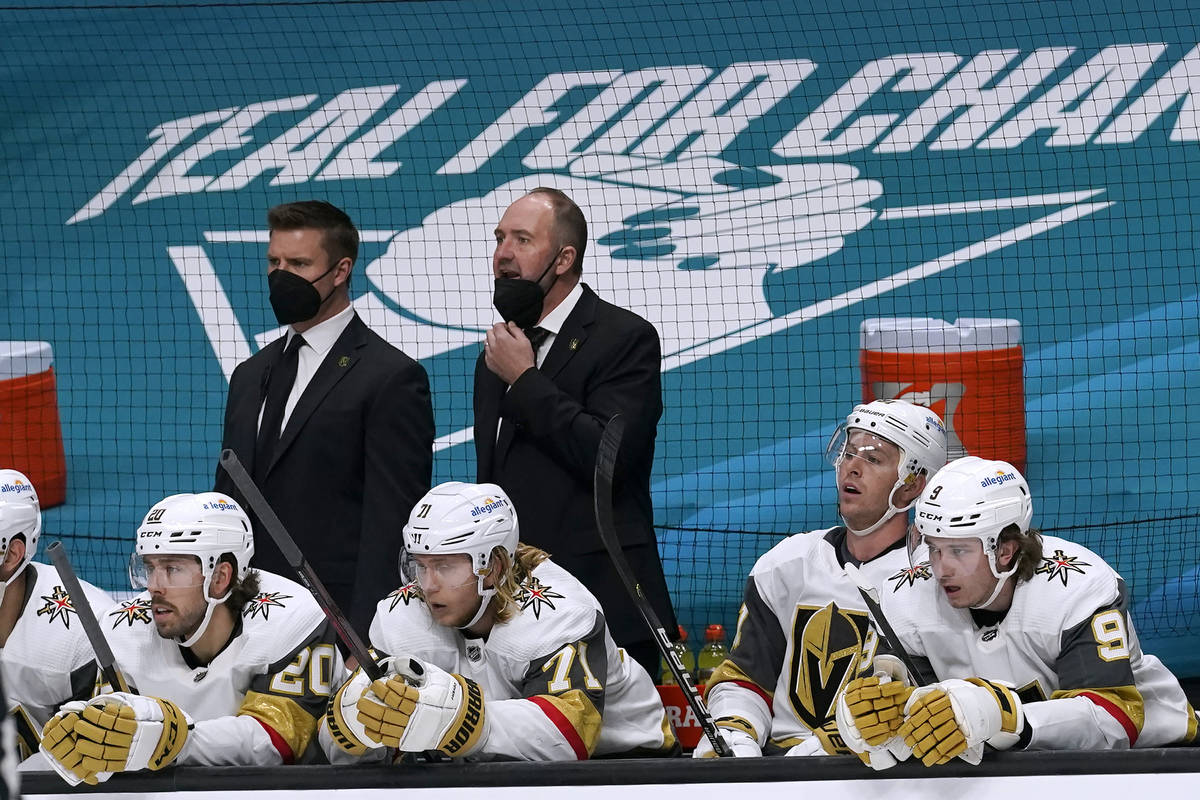 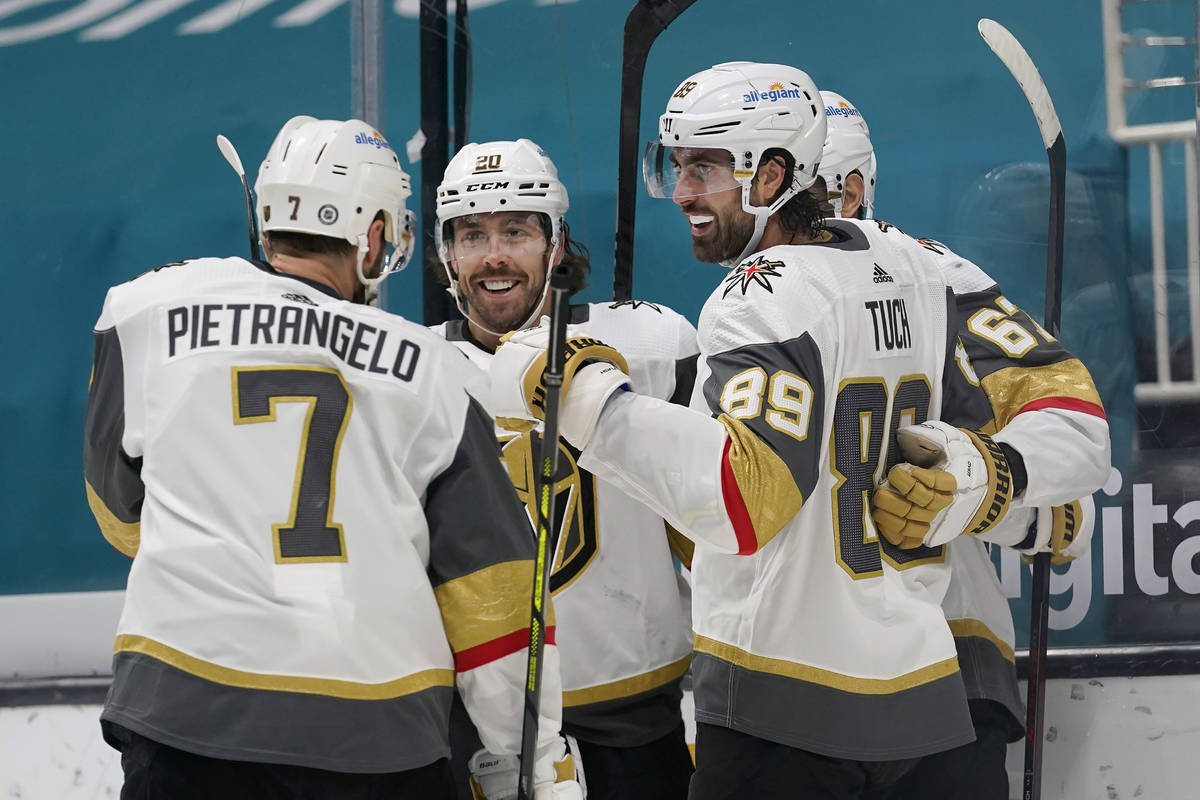 Every good rivalry requires competitive balance to go with the bad blood for it to have any staying power. Without the former, the excitement surrounding the series begins to wane.

The Golden Knights and Sharks have been at each other’s throats for four seasons, and their matchups still provide quality entertainment.

But as Saturday showed, they’re no longer punching in the same weight class.

Marc-Andre Fleury notched his NHL-leading fourth shutout, and Alex Tuch scored two unassisted goals in the second period to lead the Knights to a 4-0 victory over the Sharks at SAP Center in San Jose, California.

The Knights, who were kicked out of their hotel Friday when it declared bankruptcy, swept the back to back and moved to 3-0 against the Sharks this season. In the process, they extended their overall win streak to six games, tied for the longest in NHL.

“It’s just four points in the bag,” winger Jonathan Marchessault said. “Obviously we used to have a pretty good rivalry. Now it’s not as powerful as it was the two first years. But it’s always good to get a win. Obviously we came and took care of business. It’s a good start to our road trip.”

Captain Mark Stone scored in the first period before heading to the locker room with 6:32 remaining in the second. He did not return, and afterward coach Pete DeBoer said Stone was held out as a precaution. Reilly Smith added a goal in the third period.

Fleury returned to the crease after sitting out the series opener Friday and pushed his personal win streak to five games.

He finished with 24 saves and registered his 65th career shutout, breaking a tie with Henrik Lundqvist for 16th on the all-time list.

The Knights haven’t trailed in nine periods against the Sharks and improved to 11-1-3 all time against San Jose in the regular season, including 7-0-2 on the road.

The teams are scheduled to next meet March 15 and 17 at T-Mobile Arena.

“I feel like in the playoffs, they won one and we won one, so to me, that’s still in the back of my head when I play them,” Fleury said. “We’re at the top of the standings, and they’re at the bottom, and maybe because of that the rivalry is not as strong as it used to be. But in my mind, it’s always nice to win against them.”

The rivalry was built on two epic playoff series, including a Western Conference quarterfinal grudge match in 2019 that always will be remembered for Game 7 and Cody Eakin’s major penalty.

Since then, the dynamics have changed as the Sharks have faded from contention. San Jose finished last in the Western Conference during the pandemic-shortened 2019-20 season and is on its way to missing the postseason for the second consecutive season.

Meanwhile, the Knights (16-4-1, 33 points) lead the NHL in points percentage at .786 and are two points ahead of St. Louis in the West Division with four games in hand on the Blues.

“Regardless of where the season standings are, the games get emotional at ice level,” DeBoer said. “Those verbal wars usually drag guys into the battles, and that usually carries into the play. It’s still there.”

Tuch extended his goal streak to four games and has eight goals in his past seven outings.

He stole the puck in the neutral zone and picked the top corner on Sharks goalie Devan Dubnyk to put the Knights ahead 2-0 at 5:01 of the second period.

Tuch matched then Max Pacioretty for the team lead with his 12th goal at 16:38 of the second when he collected a rebound and flipped in a backhand from close range.

“We have a huge rivalry with them,” Tuch said. “We know that they’re going to be hard to play against every night, so when we can get a win, it feels really good. Obviously there’s a lot of tempers flaring out there and stuff, and to be able to come out on top is really huge for our team.”

The Knights scored first for the 13th time in 21 games (12-0-1) shortly after Fleury turned away Joel Kellman on a breakaway. Pacioretty started the play in the neutral zone, and Stone finished off a give-and-go with Chandler Stephenson for his sixth goal at 15:02 of the first period.

Stone has 10 points in the past four games.

“Honestly, at the beginning of the season, we got away with a couple wins there,” Marchessault said. “But our game is pretty strong right now. When we’re all on the same page systemwise, we know if we don’t have success, we know what we’ve done … and we correct it.”