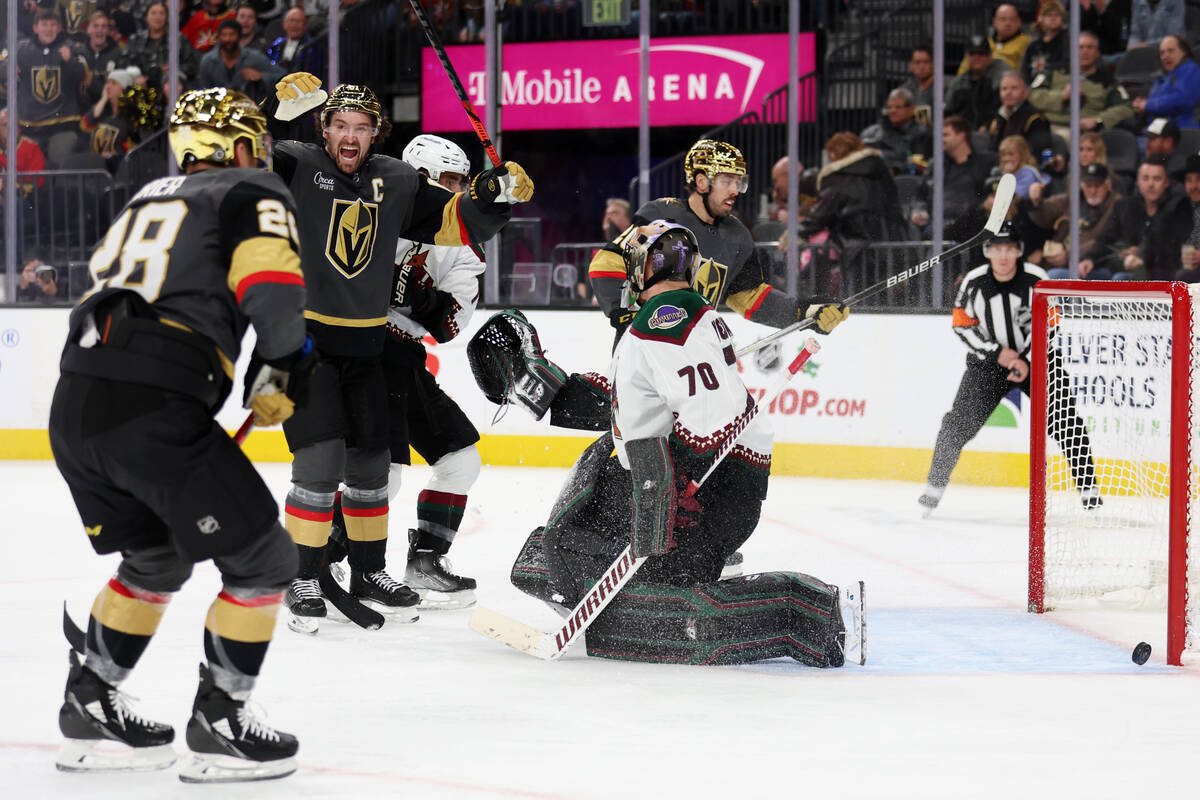 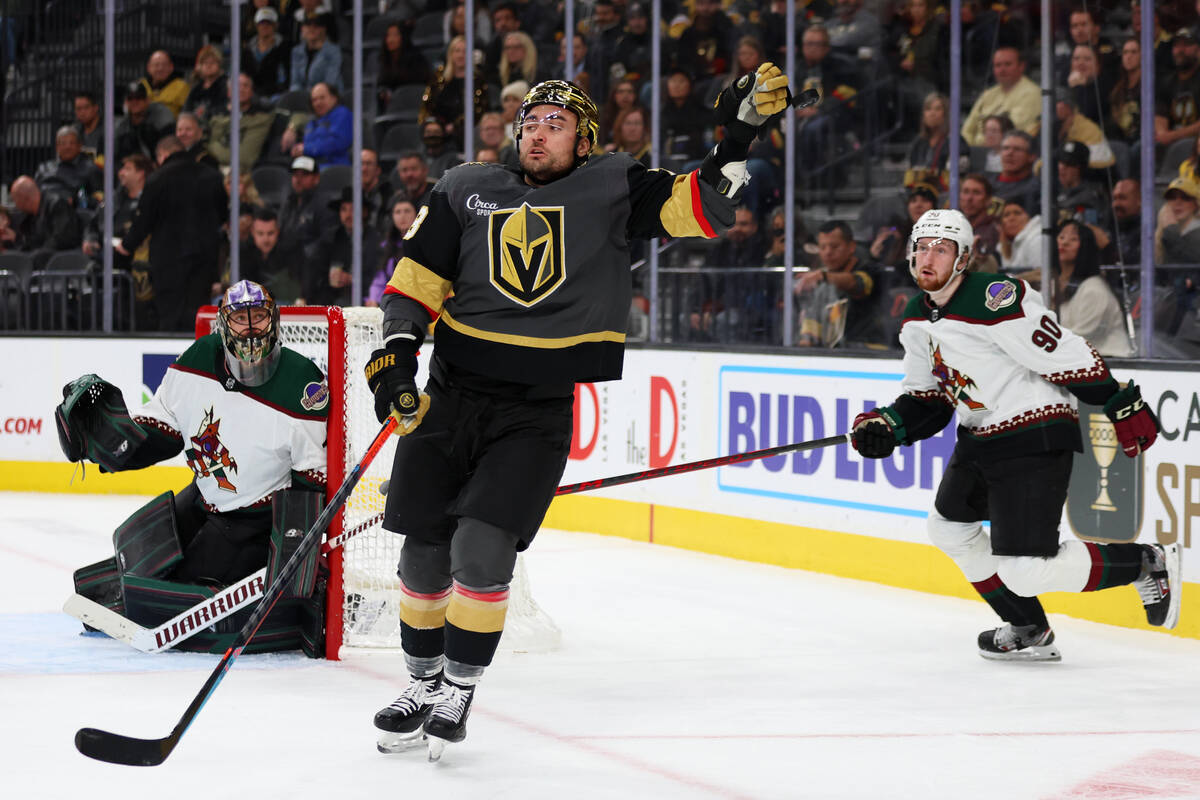 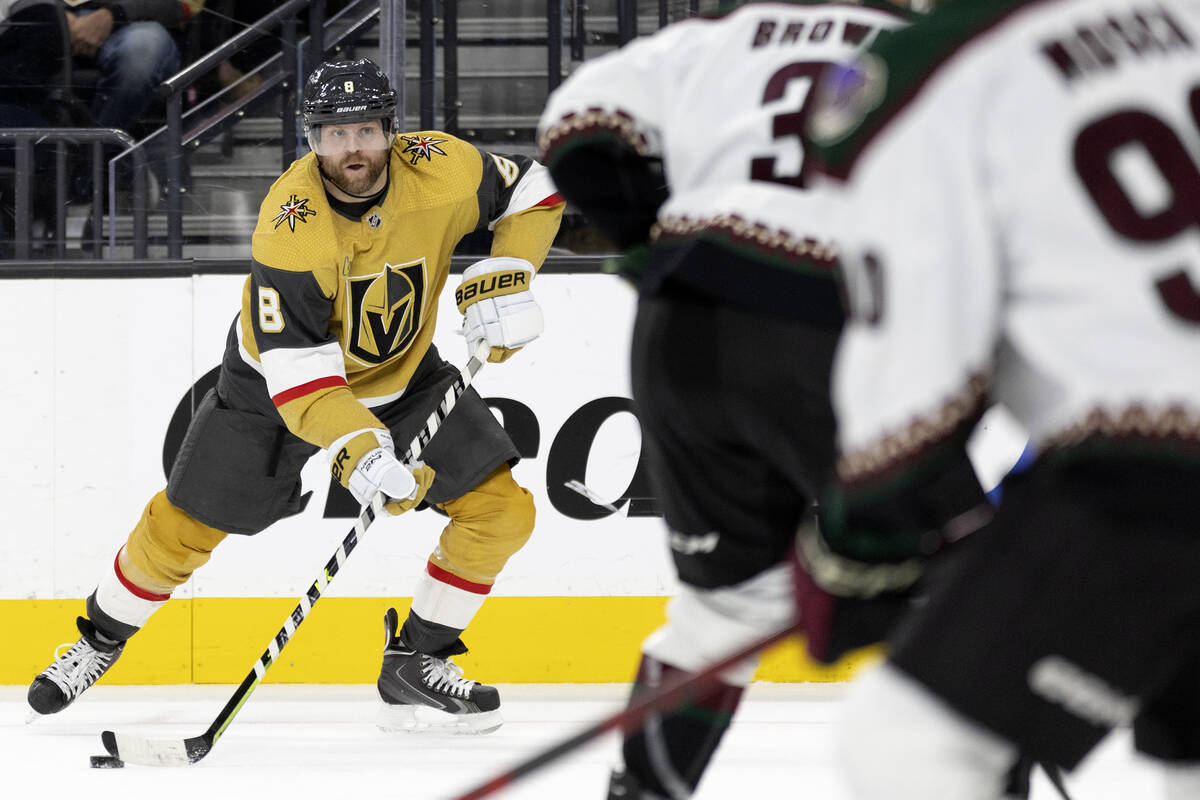 Golden Knights center Phil Kessel (8) looks for an opening in the Coyotes line during the third period of an NHL hockey game at T-Mobile Arena on Thursday, Nov. 17, 2022, in Las Vegas. (Ellen Schmidt/Las Vegas Review-Journal) @ellenschmidttt 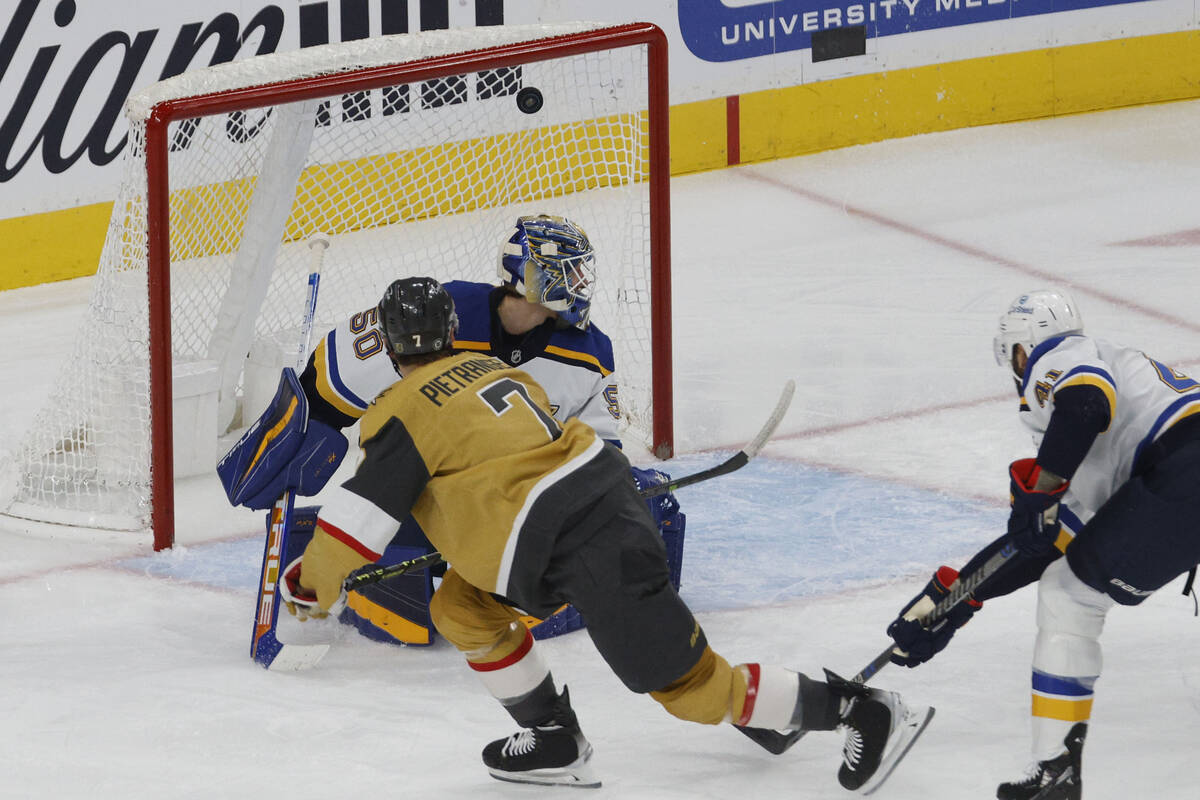 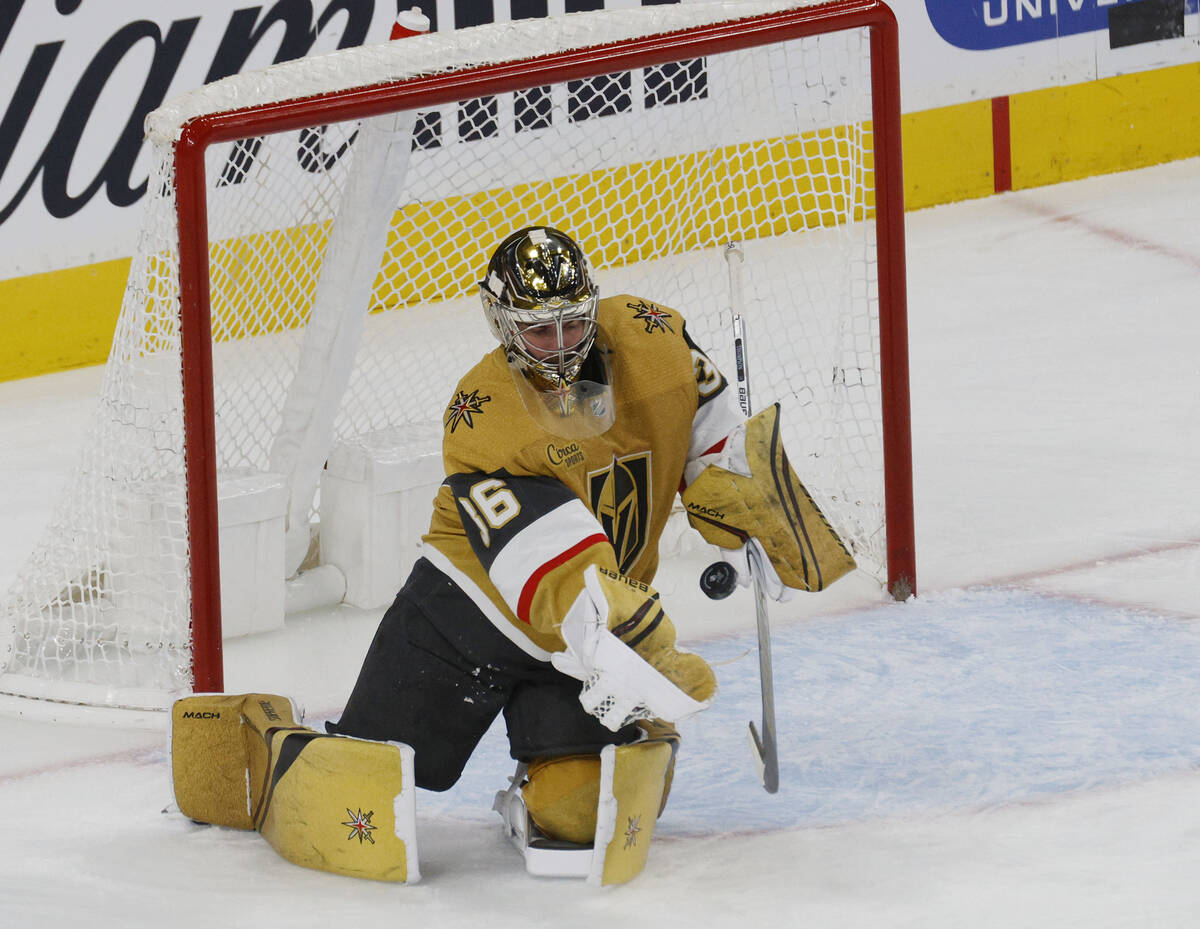 The Golden Knights have plenty of reasons to be happy this holiday season.

The rest of the Pacific Division and Western Conference is looking up at them in the standings. First-year coach Bruce Cassidy seems to have breathed new life into their defense and special teams. Their young goaltending tandem is holding its own.

General manager Kelly McCrimmon, while pleased with the team’s start, also knows there’s still more than half a season to go. The Knights were first in the Pacific when T-Mobile Arena hosted the 2022 NHL All-Star Game on Feb. 5. They wound up missing the playoffs.

The Knights have been strong for 36 games to start the season. The key is maintaining that the next 46.

The Knights’ success is due to a variety of factors.

Their power play is ranked eighth in the NHL. Their blue line — led by defenseman Alex Pietrangelo — is strong. Forwards throughout the lineup are producing. Fourth-line left wing William Carrier already has a career-high 10 goals.

One surprising element has been the goaltending. It became a question mark when the Knights announced in August that goaltender Robin Lehner would miss the season because of a hip injury that required surgery. But trade acquisition Adin Hill and rookie Logan Thompson have helped the Knights post the eighth-best team save percentage in the NHL.

“It’s been a nonissue in terms of it being a concern,” McCrimmon said. “It’s been the exact opposite. It’s been a real strength for our team.”

Two things the Knights are still trying to sort out are their home record and third line.

They’re 10-9 at T-Mobile Arena, compared with 14-2-1 everywhere else. They lead the NHL in wins and goals per game (4.12) on the road. They’re tied for 29th in goals per game at home (2.63). Players have had a hard time explaining the disparity. Even McCrimmon admitted “it’s hard to pinpoint” a reason.

Another thing the Knights would like to do is come up with a dependable third line. The other three groups Cassidy has put together have, when healthy, performed well. The third line has been more of a challenge. The team has cycled through players because of injuries and inconsistent play.

“It’s where the uncertainty or the inconsistency of our team has been is around that third line,” McCrimmon said. “It seems to be where our health impacts us a little bit.”

One player who has been impacted by the constant third-line changes is right wing Phil Kessel. The two-time Stanley Cup champion signed a one-year, $1.5 million deal with the Knights in August and quickly became a beloved figure in the locker room. His teammates’ reaction to him scoring his 400th goal and breaking the NHL record for consecutive games played Oct. 25 in San Jose made that evident.

Kessel has also struggled to consistently produce while getting moved around the lineup or having his linemates change. He has six goals and seven assists in 36 games.

The only other key issue for the Knights is health.

Along with Howden and Cotter, they played without forwards Jack Eichel and Jonathan Marchessault and defenseman Shea Theodore and Zach Whitecloud against the Blues. The absences have made it more difficult for the team lately — the group is 11-9-1 in its past 21 games after a 13-2 start — but it still has a five-point lead in the division.

The Knights’ season isn’t anywhere close to done. Yet nearly halfway through, they’re in a good spot.

“You don’t make the playoffs going into the Christmas break, but I like the fact that we’ve had a good start,” McCrimmon said.

Here are other notes from McCrimmon’s phone interview with the Review-Journal:

— McCrimmon said he didn’t want to give a timeline for when Eichel, who has missed nine of the past 10 games with a lower-body injury, would be ready to return.

He said the team has received a number of opinions on Eichel’s injury and has a treatment plan in place. It’s unclear exactly how long it will take until he’s recovered.

“We want to have this be something that we put behind us and not deal with again,” McCrimmon said.

— McCrimmon said both of Lehner’s hips have been surgically repaired. The goaltender has started the recovery process, which is expected to be extensive.

“His rehab is on track and going well,” McCrimmon said. “Everything is proceeding as expected with Robin.”