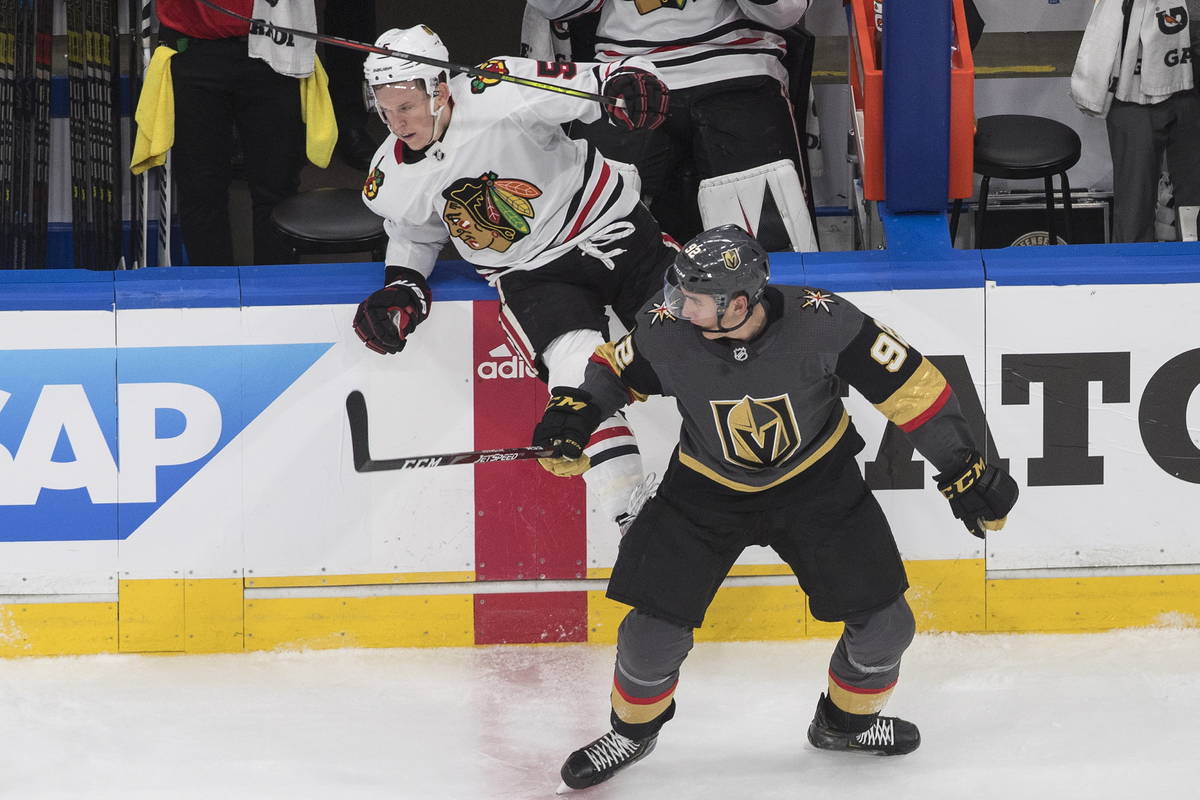 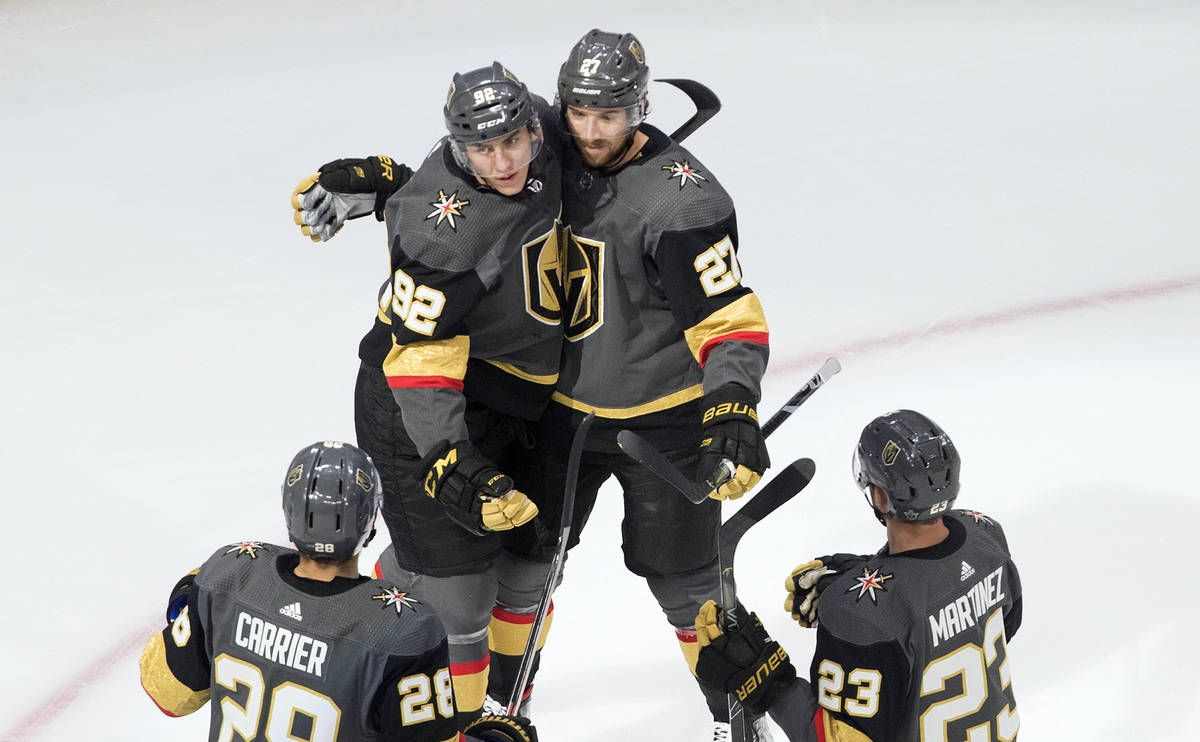 The Golden Knights improved to 2-0 in their first-round series against the Chicago Blackhawks on Thursday, but they did so without their leading scorer.

Max Pacioretty was ruled “unfit to play” by the team before puck drop and sat out its 4-3 overtime win. It was the fourth time in five postseason games in Edmonton, Alberta, that he didn’t play.

Tomas Nosek replaced Pacioretty in the lineup, but he left the game because of injury.

Nosek played his final shift with 3:34 remaining in the second period. Coach Pete DeBoer said after the game that he didn’t have an update on either player.

“We’ll get some of that information overnight and tomorrow,” DeBoer said. “As of now, (they’re) unfit to play.”

Pacioretty suffered a minor injury in training camp and joined his teammates late in the NHL’s Edmonton bubble. He did not play in the Knights’ exhibition or three round-robin games.

Pacioretty made his first appearance Tuesday against the Blackhawks and played 18:08, slightly above his season average. DeBoer said Wednesday the left wing, who leads the team with 32 goals and 66 points, was understandably rusty in his first game since March 9.

“I talked to him this morning, and I think he was a little disappointed in how the game went for him,” DeBoer said. “I had to remind him: ‘You haven’t played a hockey game basically in five months.’ … He’s in really good shape. He looks good in practices. The game timing is something that you’ve got to play games in order to get back. I know he’s going to get that back quickly, so I’m not worried about it.”

Nosek took advantage of the opportunity and played well before getting hurt. He scored his first goal of the postseason with 4:25 left in the first period to put the Knights up 2-0.

If Pacioretty and Nosek are unable to play in Game 3 on Saturday, the team probably would call on a player from the taxi squad it brought to Edmonton. The extra forwards are Patrick Brown, Reid Duke, Keegan Kolesar, Peyton Krebs and Gage Quinney.

All except Duke and Krebs, the team’s 2019 first-round pick, appeared in the NHL this season.

“We’re going to dig into that group sooner than later because of injuries and different things,” DeBoer said Wednesday of the taxi squad. “I’m very comfortable with all those guys there that they’ll be ready to come in and contribute when we call on them.”

Goaltender Robin Lehner improved to 7-0 with the Knights and 4-0 this postseason with Thursday’s victory.

Still, DeBoer didn’t anoint him as his starter for the rest of the playoffs. He said he will continue to consider Lehner and Marc-Andre Fleury, especially because the team plays Saturday and Sunday.

“I think I’ve been clear since we started this that we’ve got two starters,” DeBoer said. “How I roll them out is going to be day to day based on what I feel gives us the best chance to win a game and win a series. That’s not going to change. I’m sure both guys are going to play. What that rotation looks like is something that we’re going to discuss daily.”