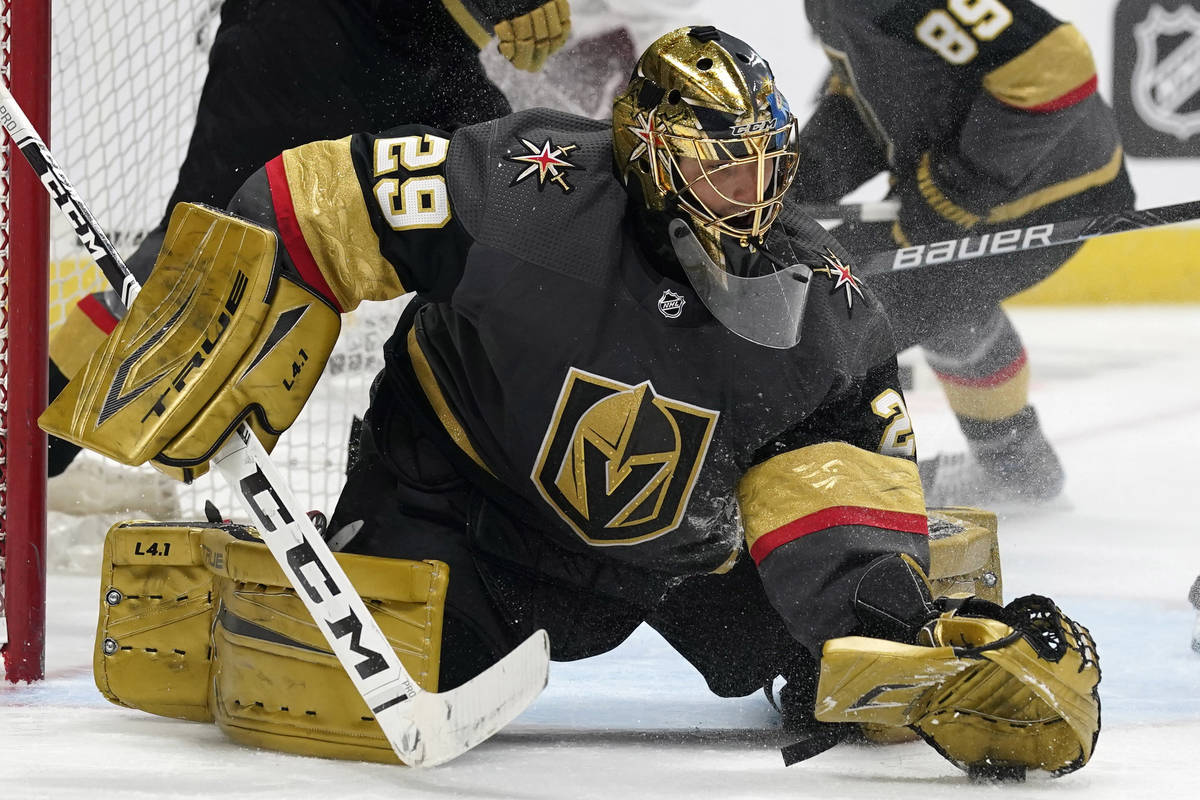 Vegas Golden Knights goaltender Marc-Andre Fleury makes a glove save of a shot against the Colorado Avalanche in the third period of an NHL hockey game Monday, Feb. 22, 2021, in Denver. (AP Photo/David Zalubowski)

Golden Knights owner Bill Foley said he didn’t necessarily stand in the way of a potential Marc-Andre Fleury trade after last season, but let it be known on a podcast that the boss wouldn’t have been happy with such a transaction.

“There were discussions with a lot of different people with trying to create (salary) cap space,” Foley said on the Cam and Strick Podcast. “The trades that were sort of thrown around out there just made no sense. He never came really close being part of a deal, and I would’ve had a big problem with it if that had been presented to me.”

Fleury was the subject of numerous trade rumors after losing the starting goaltender job to Robin Lehner during last year’s playoffs. The Golden Knights wound up signing Lehner to a five-year, $25 million contract and keeping Fleury even at a cost of $7 million per season.

“I wanted depth in the goaltender position even though it really fouled up our cap, and he is the face of the franchise for our fans,” Foley said. “He’s so generous. He does so many little things that no one even knows about.”

Fleury has, for now at least, reclaimed the starting job with Lehner out with an upper-body injury. Fleury has taken advantage with two shutouts in his past four starts.

Foley said he told Fleury after he was taken in the 2017 expansion draft that he would retire as a Golden Knight.

“I said, ‘You will get to love Vegas and Vegas was going to love you,’” Foley said.