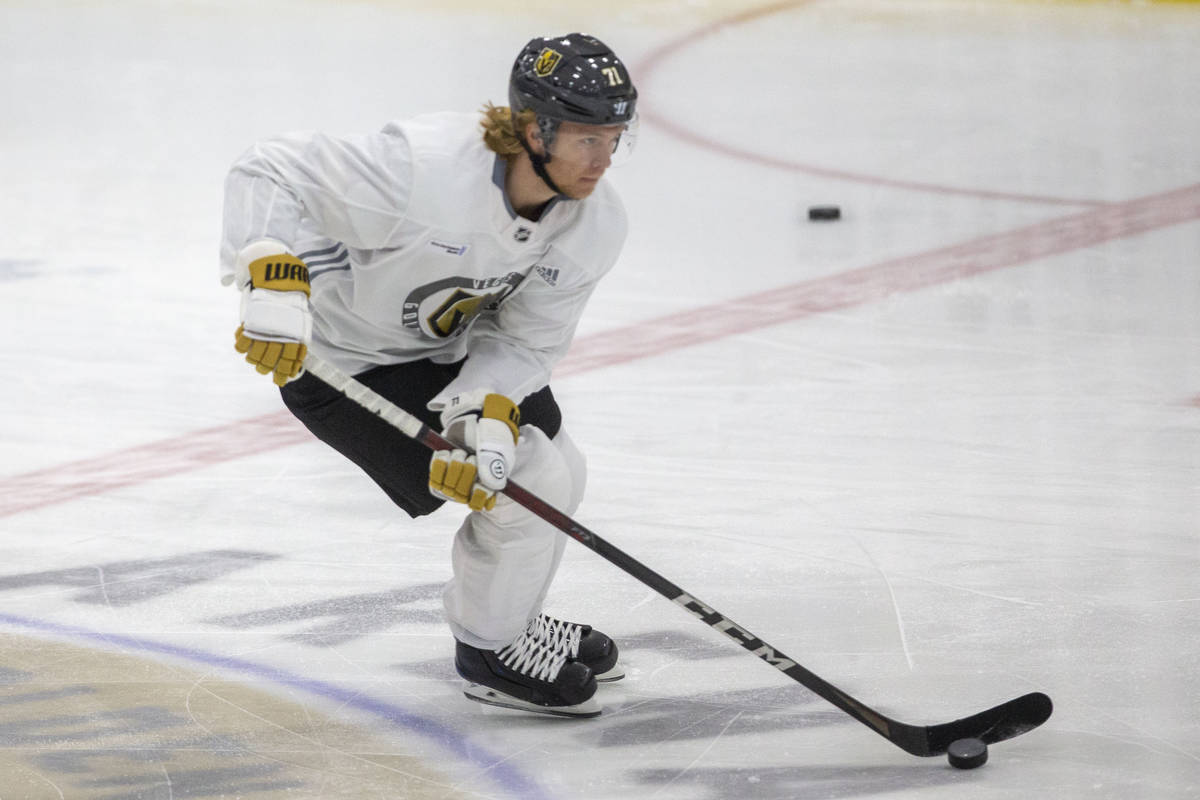 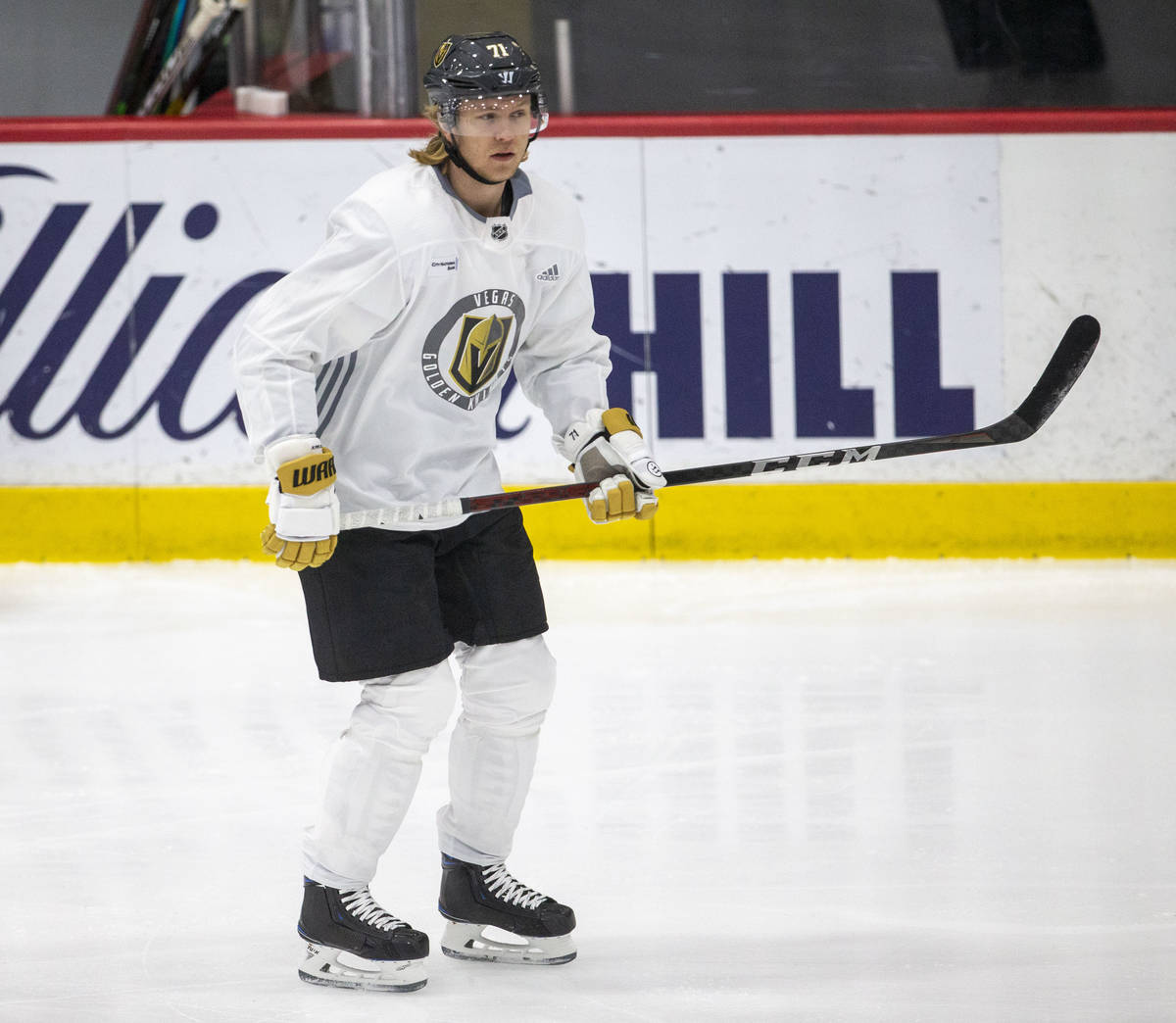 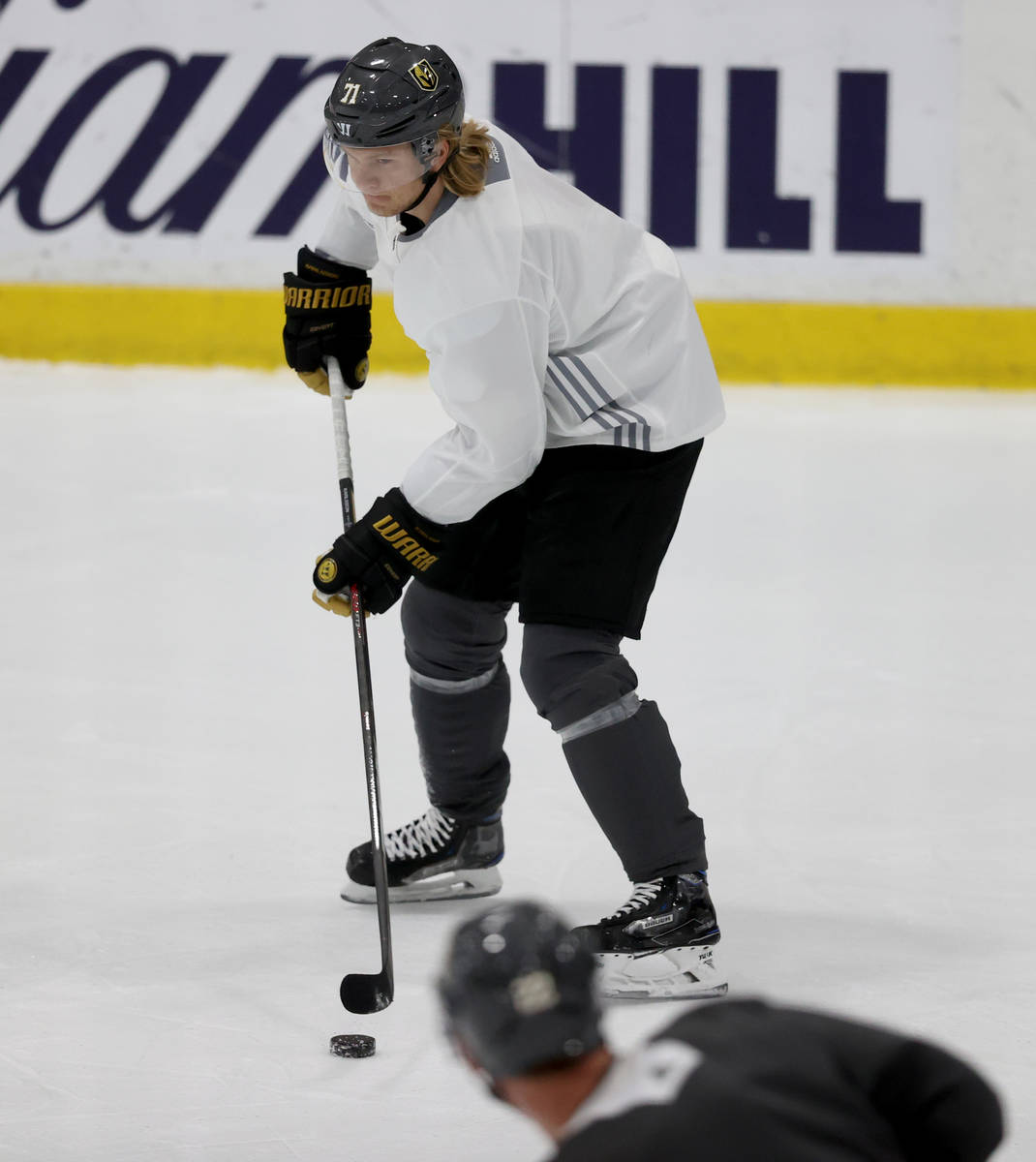 William Karlsson scored 15 goals last season, down nine from the previous year and 28 from his spectacular first season with the Golden Knights.

The center is well aware of that. He’s not thrilled about it, either, and it appears he’s dead set on changing that based on his performance in the first week of training camp.

Karlsson and linemates Jonathan Marchessault and Reilly Smith have been three of the team’s top performers in scrimmages. That’s crucial, because Karlsson might be more important than ever to the Knights this season.

“I want to be better than I was last year,” Karlsson said. “So hopefully …”

He paused before correcting himself.

“Not hopefully,” he said. “I will be better this year.”

Last season was unique for every player but especially for Karlsson. He began the season taking few faceoffs because of a “little issue,” according to former coach Gerard Gallant. He also missed eight games because of an upper-body injury that coach Pete DeBoer later said was a broken finger. The ailment snapped his streak of 234 consecutive games played, which included the first 213 regular-season games in Knights history.

The circumstances affected his production. Karlsson, two years removed from finishing third in the NHL with 43 goals, didn’t score until his ninth game and had additional goal droughts of 10 and 20 games.

DeBoer on Thursday was quick to say he didn’t care about that. Karlsson still scored more points per game last season (0.73) than he did the previous one (0.68). He played his usual stellar defense. He was excellent on the penalty kill. And he handled most of the tough five-on-five matchups during the regular season and postseason.

“We all believe he’s capable of sticking a few more pucks in the net with the opportunities he creates for himself,” DeBoer said. “But, for me, his value lies in much more than just the stat line.”

The Knights need Karlsson to maintain that all-around game, too. With Paul Stastny now in Winnipeg, Karlsson is the only proven top-six center on the roster. He scored 46 points last season, almost more than the other three centers in the projected lineup — Chandler Stephenson, Cody Glass and Tomas Nosek — had combined (49).

That puts pressure on him, Marchessault and Smith to produce. So it’s a good sign early in camp that they are showing the same chemistry that made them so effective in the Knights’ first three seasons.

“We know where we’re going to be at every moment,” Marchessault said. “It’s pretty fun to play hockey without thinking. That’s how it is playing with Reilly and (Karlsson). You don’t think. You just go.”

They just have to carry over that connection into the regular season. If they do, Karlsson will have a chance to make good on his word.

“When you talk about William Karlsson, it’s never for lack of effort,” DeBoer said. “He’s a 200-foot centerman that you can play against anybody in the league. He does so many things well and consistently well every night. He’s hard on himself, but that’s what great players are.”