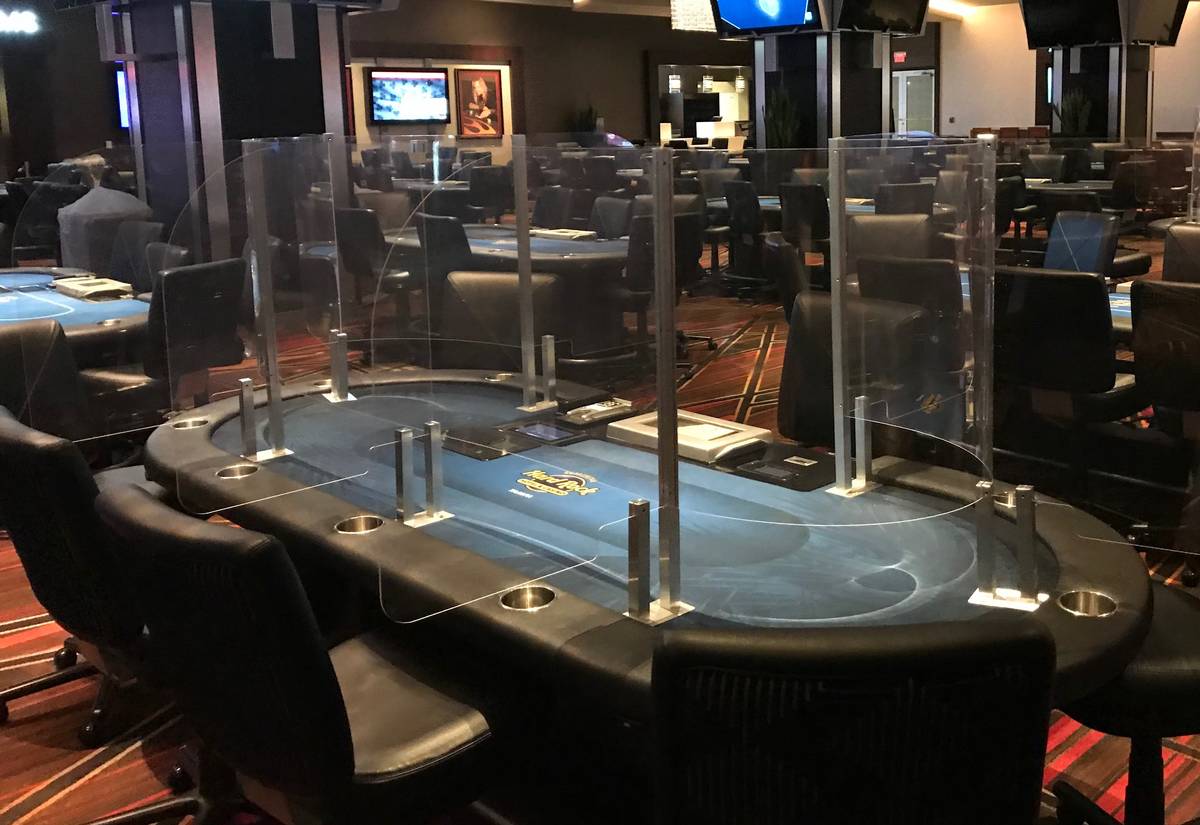 Poker tables with plexiglass dividers are being used at the Seminole Hard Rock casino in Tampa, Florida. (@SHRTampa Twitter) 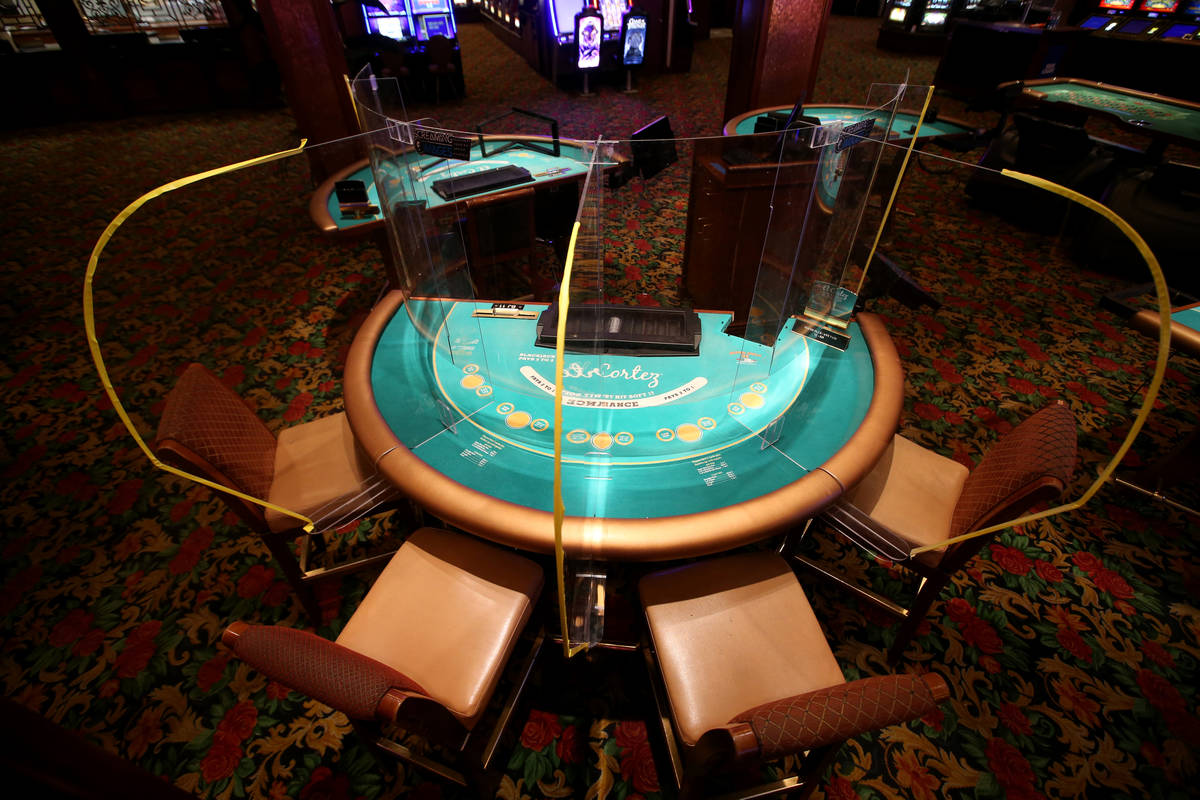 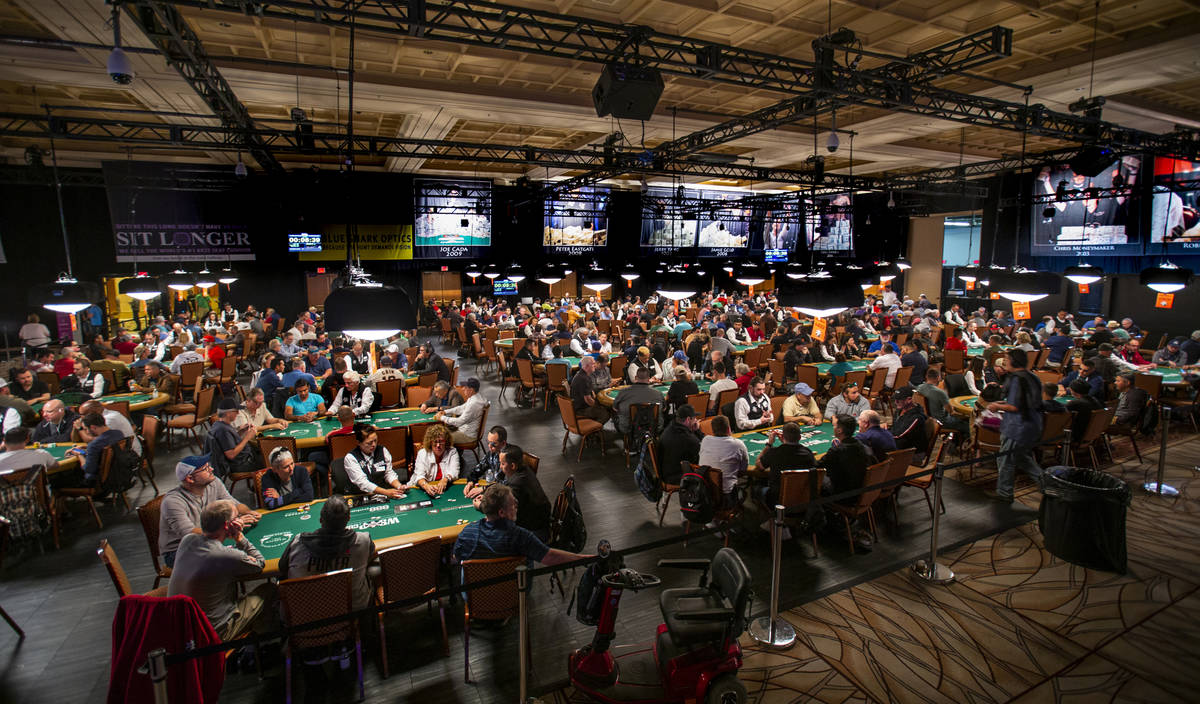 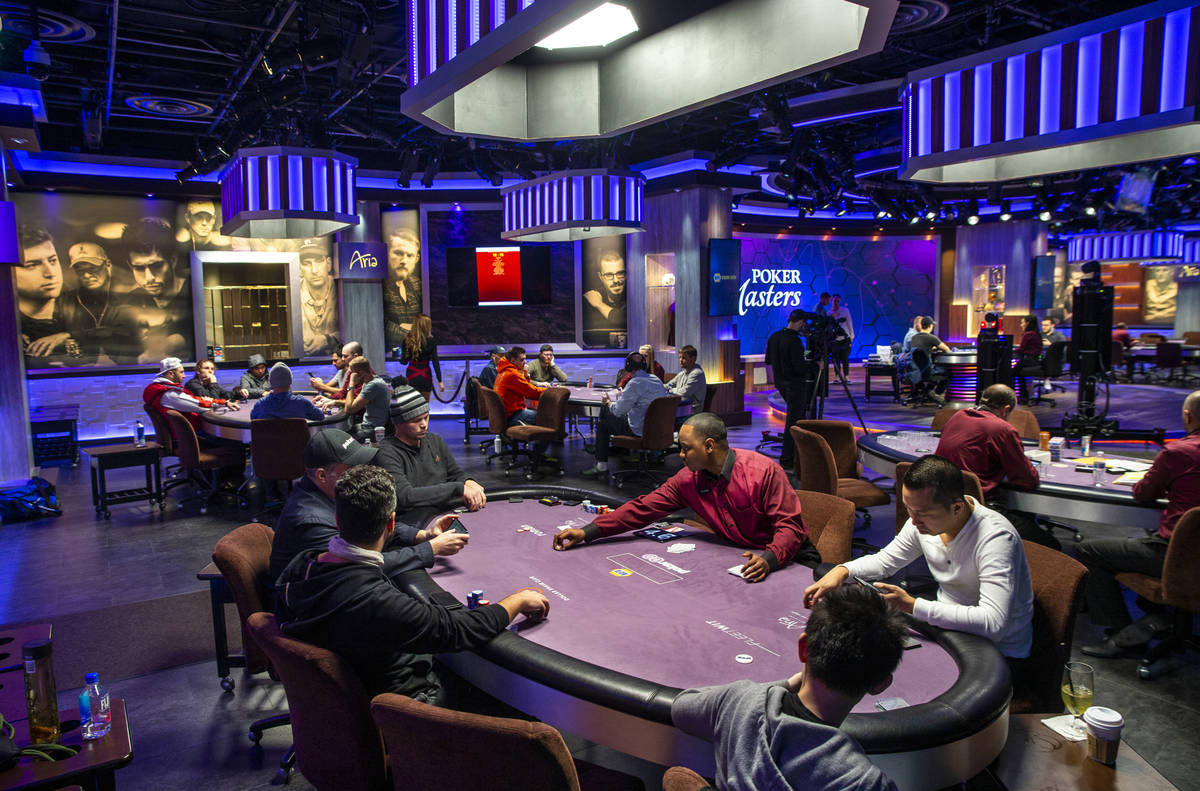 Play continues on sides as well as the main table during the Poker Masters 2019 broadcast in the PokerGO Studio at the Aria on Monday, Nov. 11, 2019, in Las Vegas. (L.E. Baskow/Las Vegas Review-Journal) @Left_Eye_Images

The way people interact at a poker table would seemingly make it one of the last activities to reopen in casinos amid the coronavirus pandemic.

Casinos know this and are crafting guidelines to make games safer. But can a “socially distant” poker game attract enough players to make it viable?

Several professional players have their doubts and say they are unlikely to jump back into the fray immediately if Las Vegas poker rooms start back up. Instead of preparing to play in the World Series of Poker, which had been scheduled to start Tuesday before the pandemic, they’re wondering how long it will take for the live poker scene to return to something resembling normal.

The state Gaming Control Board issued guidelines earlier this month that call for poker to be played with only four players at the table.

It is uncertain which poker rooms will reopen when allowed. The Venetian confirmed Friday that it planned to reopen its room June 5, as long as Gov. Steve Sisolak approves. Station Casinos has said its rooms will not reopen for the time being. Other casino companies have not confirmed their plans.

A Venetian spokeswoman said opening the poker room, even with the restrictions, was an “effort to provide guests with gaming options.”

Savage said he didn’t think four-handed games worked for either side of the equation.

“It’s not only that people wouldn’t want to play,” he said. “It will be very hard for a poker room to be profitable.”

Savage and the players agreed that six-handed games had a much better chance at viability. Poker pro Andrew Neeme of Las Vegas pointed out that six-player games are very popular online and would offer a greater sense of normalcy to most players.

“Every player that you add (to the table) will encourage some incremental number of players to want to play,” he said.

The players said they would be taking a wait-and-see approach to the reopening of rooms. If recreational players were showing up and there was no spike in COVID-19 infections, then they would likely return to the tables, especially if restrictions were loosened to allow at least six players.

“Clearly the biggest issue is, are they safe to play in,” poker pro Brad Golomb of Las Vegas said. “I just don’t see recreational players jumping back into the live poker scene. … Playing in a casino is so low on the priority list for most people.”

The strength of online games during the pandemic makes it easier to stay home, the players said. G0lomb said that if the online games continued at their current pace, he could see not playing live for 12 to 16 months, if needed, for safety.

They have 18 tables in action right now pic.twitter.com/KsUx7tzgIl

The Bravo Poker app, which tracks games at casinos around the country, showed 18 tables in action, and more than 100 players on the waiting list.

“You can definitely see pent-up demand,” he said. “There’s going to be some percentage of people who will be eager to play. We’ll see.”