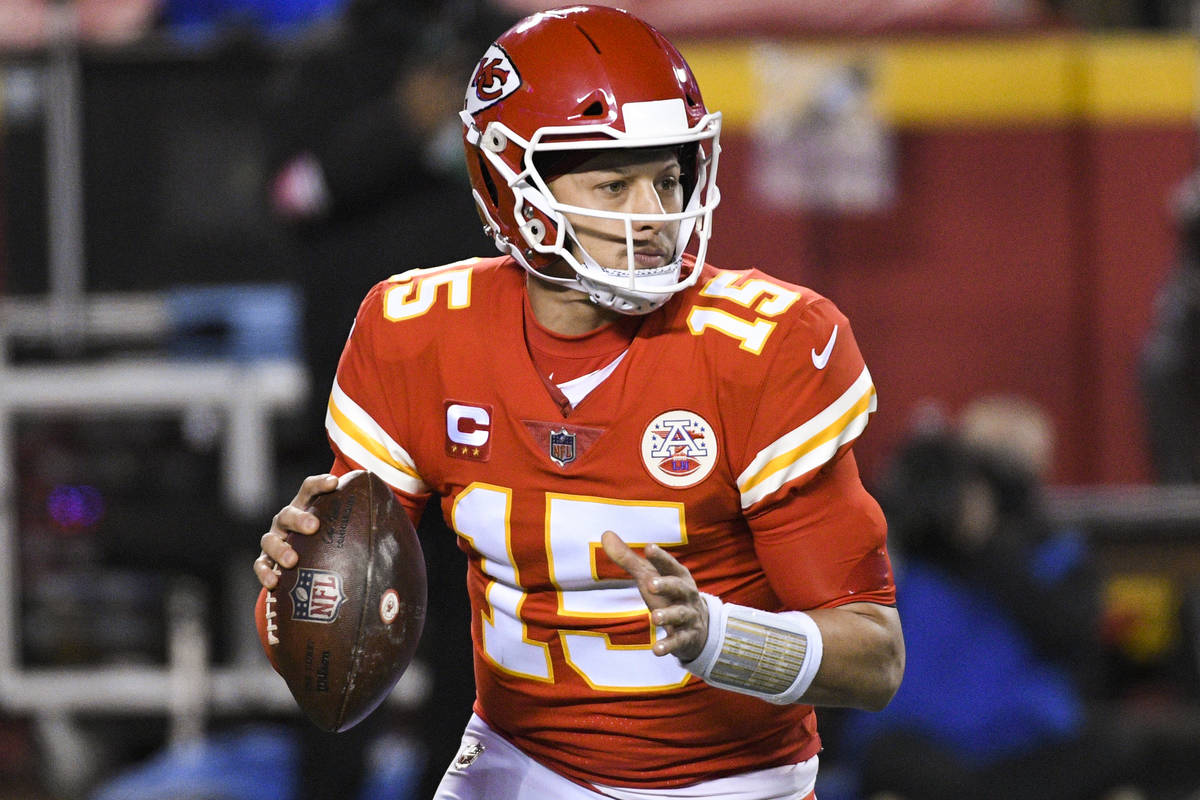 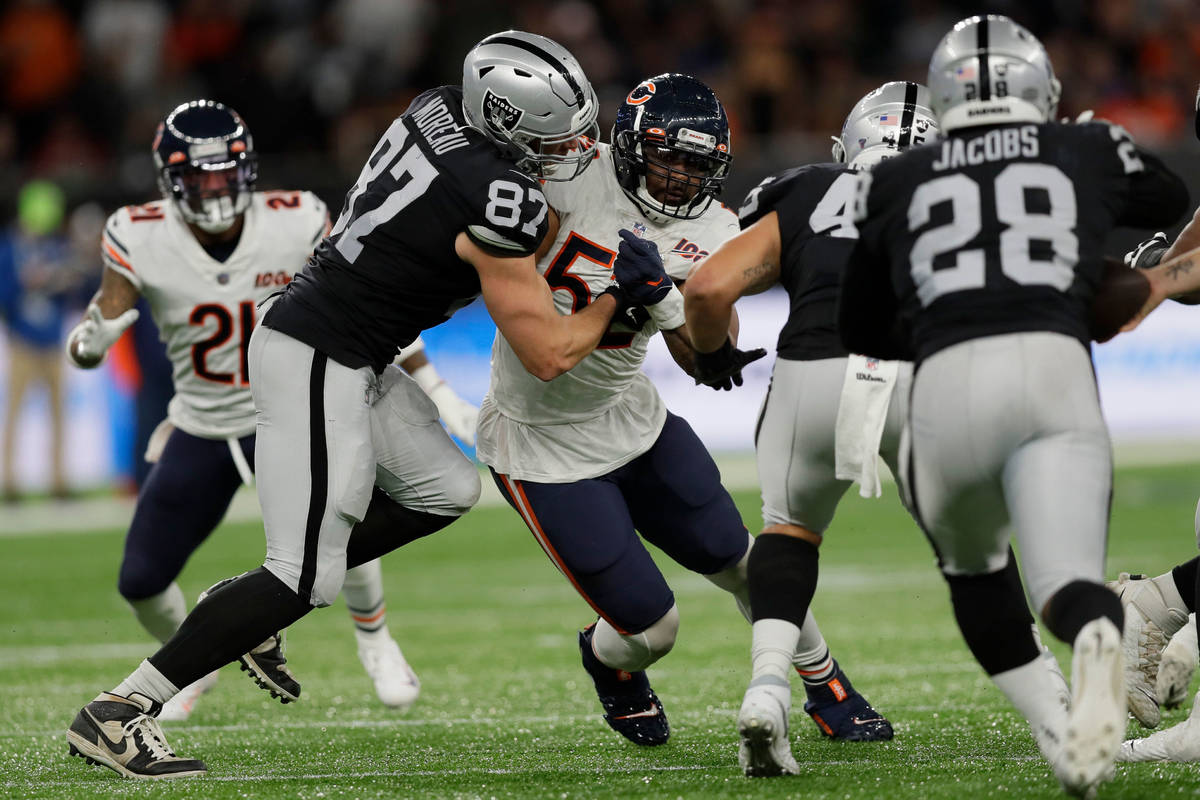 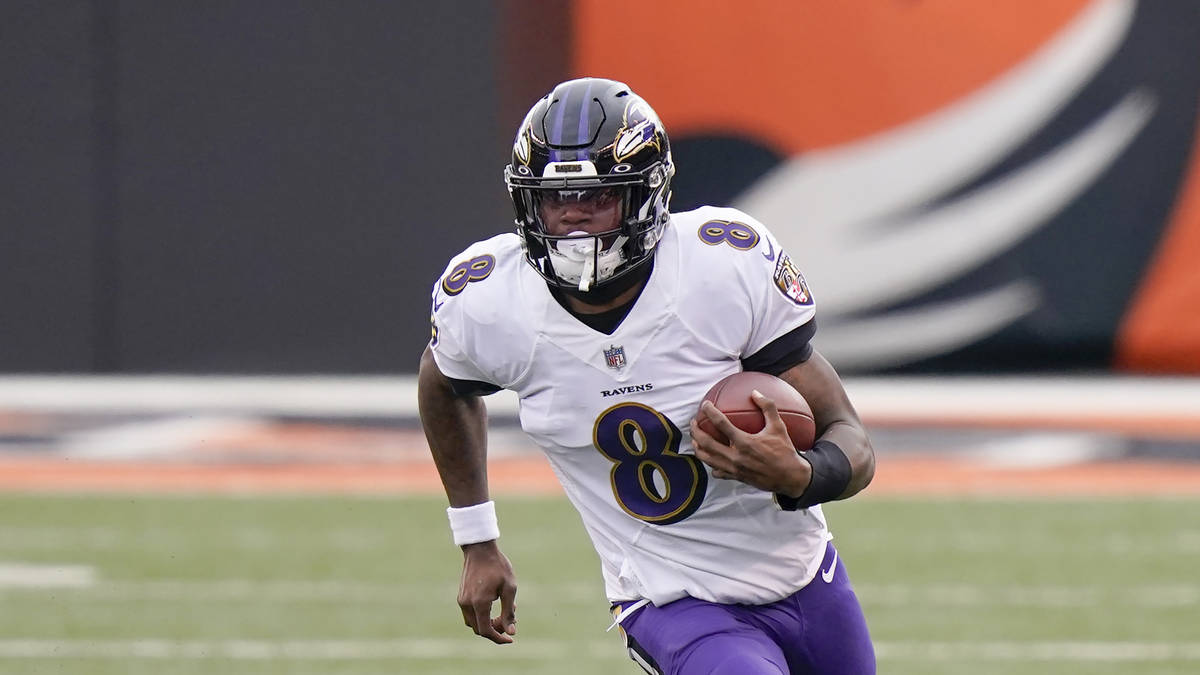 As the Raiders analyze the recently released 17-game schedule, looking for the necessary wins to get them to the playoffs, the key will be getting off to as fast a start as possible and then managing the back end of a rigorous slate of games.

But it won’t be easy playing a schedule that, based on their opponents’ projected win totals by BetMGM, is the second toughest in the NFL behind the Pittsburgh Steelers.

Here is an opponent-by-opponent look at what the Raiders are facing.

■ Lowdown: The Ravens are one of the most physical teams in the NFL and present problems on both sides of the ball. In many ways, this is either a perfect matchup for the Raiders’ offensive and defensive lines — both of which underwent major changes since last season — or the worst possible scenario.

On one hand, the Raiders get an immediate opportunity to gauge where they are along both lines. On the other, putting both groups to the test so early could be problematic.

■ Lowdown: It’s never an easy task making the long trip to Pittsburgh to play the typically physical Steelers. The Raiders were 6-2 on the road last year, but remember, that was while playing in front of mostly empty stadiums because of COVID-19. Getting re-acclimated to playing in front of a hostile crowd must happen ASAP.

■ Lowdown: The Raiders are still smarting over last year’s meeting, which ended up being one of their most devastating losses in years. No doubt, the Raiders have redemption in mind. On paper, this is a winnable game. The Raiders simply can’t afford to squander any chances to beat the teams they are capable of beating.

■ Lowdown: It will be interesting to see what SoFi Stadium looks like on Monday night, as the Southern California arm of Raider Nation is expected to make it a takeover situation. Don’t be surprised if that season finale on Jan. 9 turns out to be a winner-goes-to-the-playoffs situation. Given the home-crowd advantage the Raiders will have in both games, a sweep could be in order.

■ Lowdown: It’s the return of Khalil Mack, although the bigger questions are whether Justin Fields is the answer at quarterback for the Bears and can the rebuilt offensive line of the Raiders keep Derek Carr clean enough to move the ball against what is typically a fierce defense?

■ Lowdown: The Broncos’ quarterback situation is unsettled at the moment, but that could change if Aaron Rodgers makes his way to Colorado. Short of that, the Raiders are the better team and should be expected to take care of business.

■ Lowdown: Playing nondivision and nonconference opponents can be dicey, this year in particular, as the Eagles welcome in a new coaching staff and presumably hand the quarterback reins to second-year player Jalen Hurts. The unfamiliarity factor is lessened because the Raiders will have six games of film from which to get a handle on the Eagles.

■ Lowdown: The Raiders have lost their past four games after the bye week, including three straight under Jon Gruden. The good news is the long trip to New York comes off a long layoff, so fatigue should not be an issue. In a season of litmus tests, finding a way to prevail off the bye week ranks way up there, especially with the Chiefs looming the following week.

■ Lowdown: The Raiders will find out soon enough whether their rebuilt defensive line and revamped secondary will be up to the challenge of slowing Patrick Mahomes. The Raiders need to at least break even against Kansas City. The key will be taking advantage of the home-field advantage in the first meeting.

■ Lowdown: On one hand, this has the potential to be a trap game pitting the Raiders against an obviously beatable team in between big matchups against the Chiefs and Dallas Cowboys. But that can’t be the excuse for playing poorly in a game the Raiders would be best served by wrapping up quickly to preserve energy for the Cowboys matchup four days later.

■ Lowdown: The Raiders end the November phase of their schedule with a Thanksgiving Day trip to Dallas on a short week. Physical fitness will play a huge role here, which is why it will be important that the Raiders take care of business relatively early against the Bengals in the game preceding this matchup.

■ Lowdown: Certain games on a schedule are must wins. The translation being, the Raiders have no excuses against a WFT club making the long trip west, especially with the Raiders coming off an extended 10-day break.

■ Lowdown: This could be a sneaky taxing situation as the Raiders host the Chiefs the previous week on Sunday night. So, if the NFL opts to make this a Saturday game, the Raiders will have a short work week ahead of a long trip.

■ Lowdown: Another long trip east for an early kickoff, a week ahead of what could be shaping up as a big finale against the Chargers. It will be interesting to see if Carson Wentz still has hold of the Colts’ quarterback job.