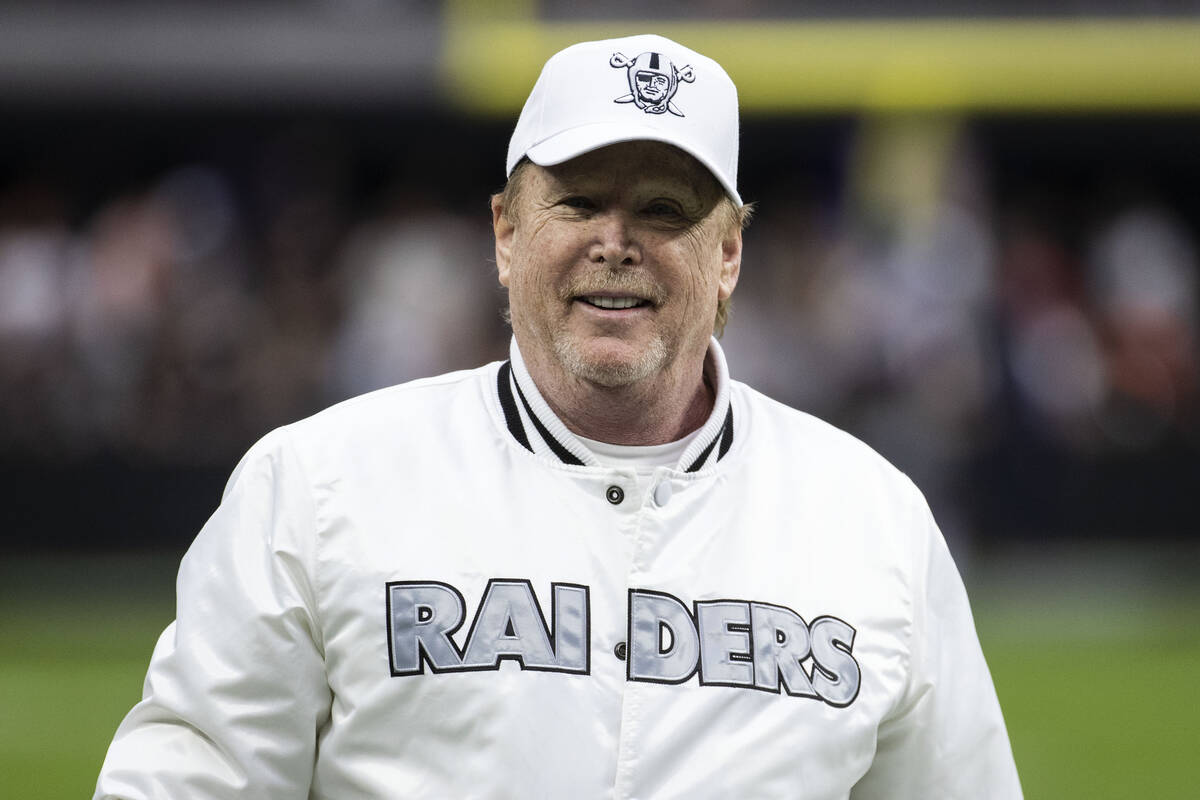 Mark Davis, owner of the Raiders, walks to the field before an NFL football game between the Chicago Bears and the Raiders, on Sunday, Oct. 10, 2021, at Allegiant Stadium in Las Vegas. (Bizuayehu Tesfaye/Las Vegas Review-Journal) @bizutesfaye 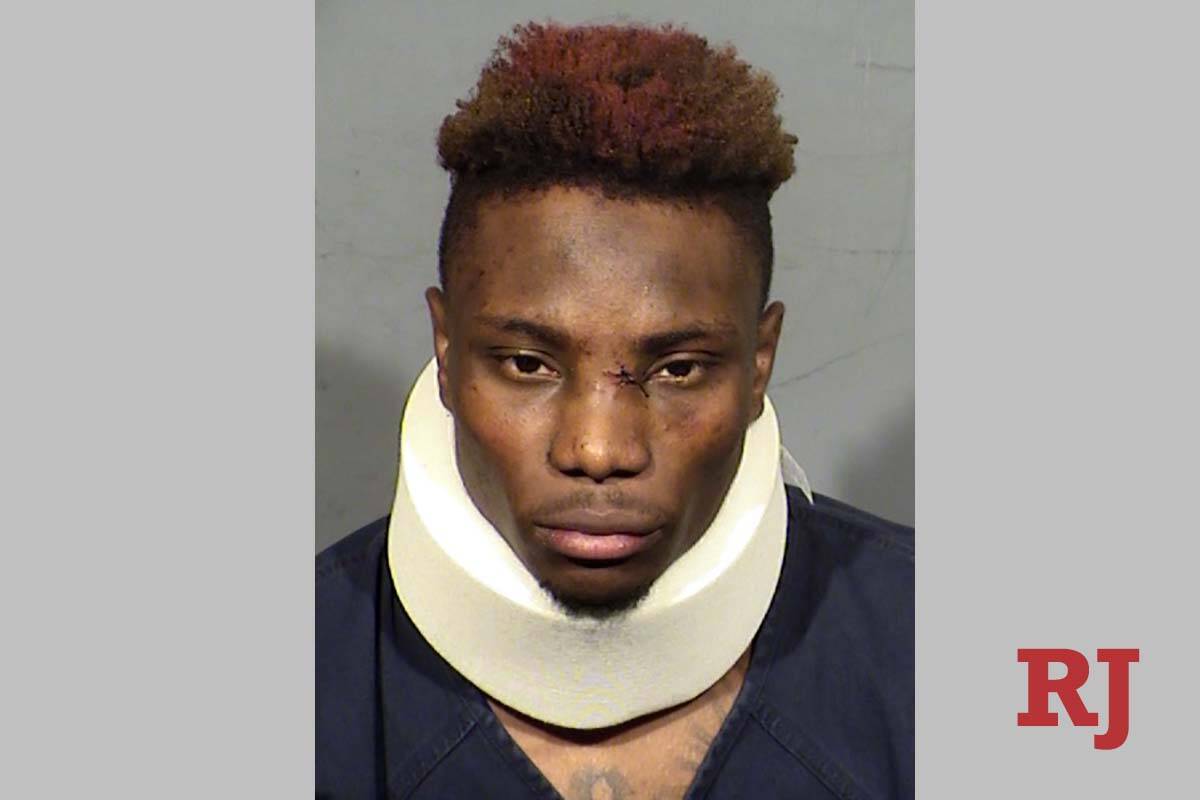 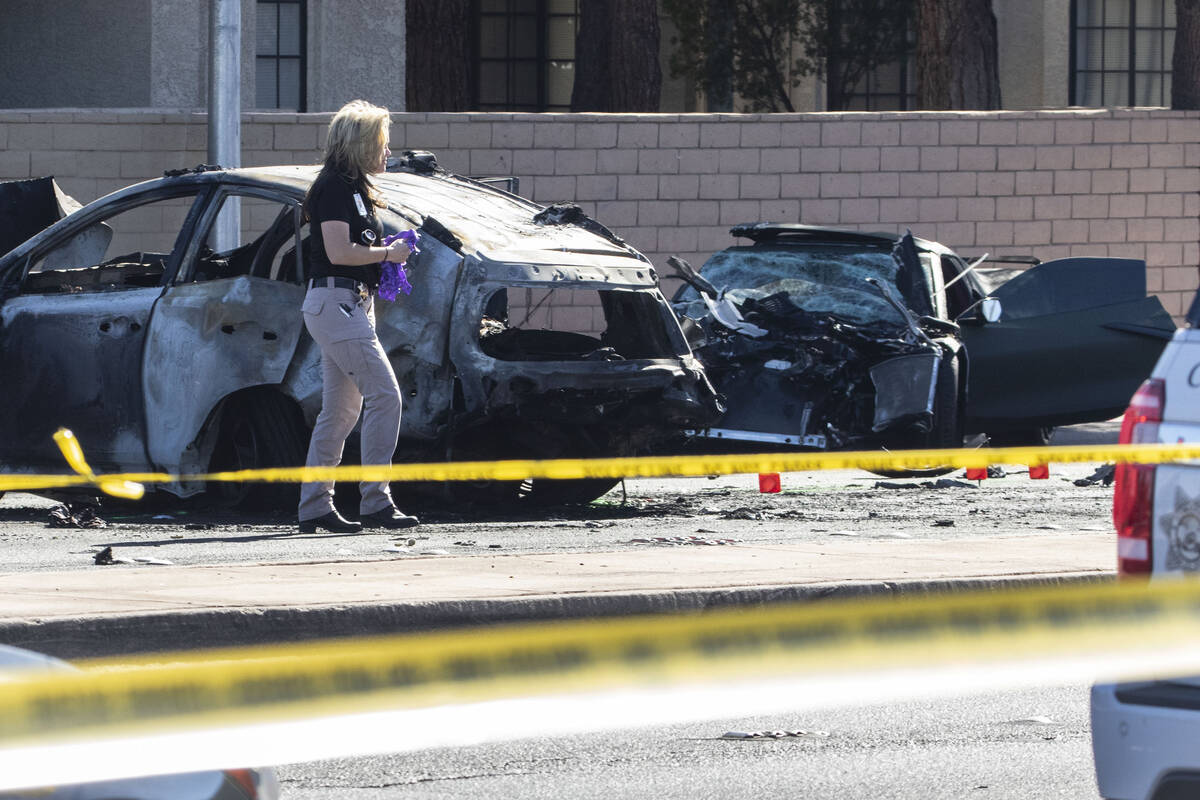 “It’s devastating,” Davis said, fighting back tears in his first public comments since the tragedy. “Obviously a loss of life … it’s just a tragedy.”

Ruggs is facing charges of DUI resulting in death and reckless driving after the fiery crash. The Raiders released the second-year player late Tuesday night.

But Davis made it clear the organization will not turn its back on Ruggs, who had quickly become one of his favorite players for the dynamic speed he brought to the Raiders’ offense and his kind-hearted demeanor.

“We released Henry Ruggs the football player,” Davis said. “Henry Ruggs is still a human being and Raider alumni and somebody that we want to help. We’ll be there for him.”

Davis said he got a call early Tuesday informing him a crash had occurred involving Ruggs, then spent the rest of the morning sorting through the sketchy details of what had happened. By Tuesday night, when details began emerging, moving on from Ruggs was the only option.

In drafting Ruggs 12th overall last year, the Raiders envisioned him developing into the type of player who stretched the field with his speed and opened things up for the rest of the offense.

Ruggs was developing into exactly that. Despite the decision to release him, Davis reiterated that the Raiders are “not going to abandon him. He’s part of our family.”

It is a sentiment shared by others in the organization as the Raiders continue to express sorrow for the victim but also support for the 22-year-old Ruggs.

“Again, the Tintor family, I just can’t fathom that,” said Raiders offensive coordinator Greg Olson. “But I also know that Henry Ruggs is not a monster. Henry Ruggs is a good person who made a succession of poor decisions that led to a horrific result.”

In the meantime, Davis’ Raiders football team is left to pick up the pieces. That includes preparing to make a cross-country trip to New Jersey to play the New York Giants on Sunday.

It will be the second time in less than a month that the Raiders will have to overcome an emotional and gut-wrenching situation. Last month, Raiders head coach Jon Gruden had to resign after a slew of derogatory emails he sent became public. Now comes the Ruggs tragedy.

The Raiders are in first place in the AFC West and a half-game out of the top spot in the AFC. There are goals within reach, and the Raiders have tried to remain focused on those aspirations.

“We’ll see,” Davis said when asked how he believes his team will respond. “That’s what we’ve got to see. “It’s tough on these kids. They’ve lost their head coach. They’ve lost one of their best teammates and players. They lost the president of the organization. There’s been a lot of upheaval around here.”

Longtime team president Marc Badain, the face of the organization during their relocation process to Las Vegas, resigned suddenly in July after 30 seasons with the Raiders.

The Raiders won two straight games after the resignation of Gruden on October 12.

“They’ve risen to the occasion,” Davis said. “That goes to the leadership and the players on this team. It’s maturing and I’m proud of them.”

“He’s really stepped up the last month or so as the leader of this team,” Davis said. “His maturity is beginning to show.” 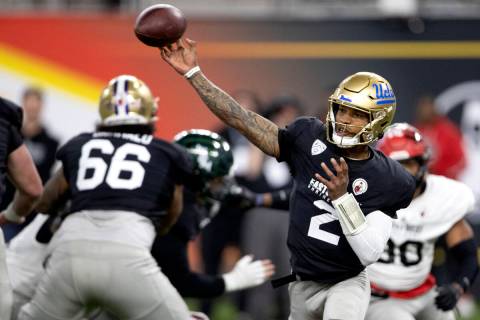