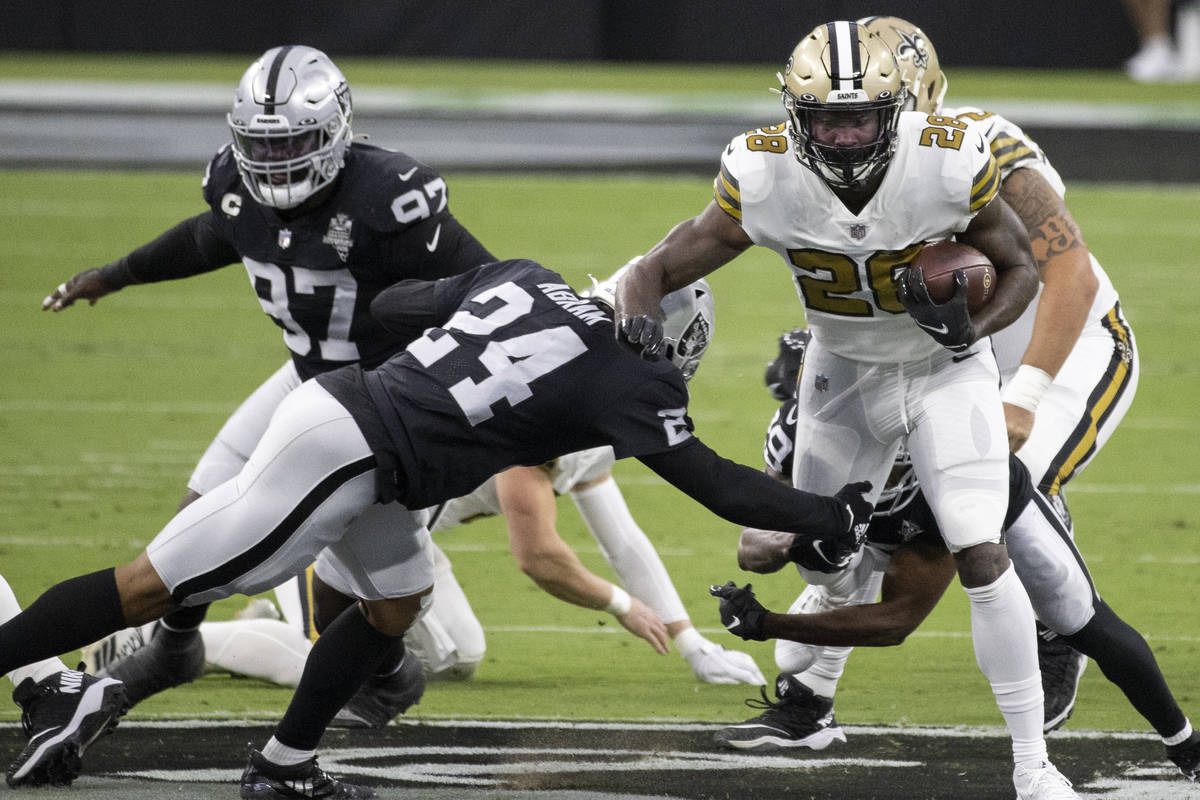 Las Vegans flocked to their TV screens to watch the first NFL game played in the city and the debut of Allegiant Stadium.

Monday night’s game between the Raiders and New Orleans Saints drew a 22.1 overnight rating in Las Vegas, meaning 22.1 percent of local households with TVs tuned in. The Raiders defeated the Saints 34-24.

That was by far the highest rating of the 44 overnight markets. San Francisco finished second with a 16.2 local rating, followed by San Diego at 15.6. Ratings in New Orleans won’t be available until Wednesday.

According to ESPN, it was the most-watched “Monday Night Football” game among Las Vegans in a decade.

The numbers include viewers across all platforms on ESPN’s MegaCast, which spanned ABC, ESPN, ESPN2 and ESPN Deportes.

“Monday Night Football” carried ESPN and ABC to the No. 1 and No. 2 spots in prime time on Monday across all households and in all key male and overall demos.