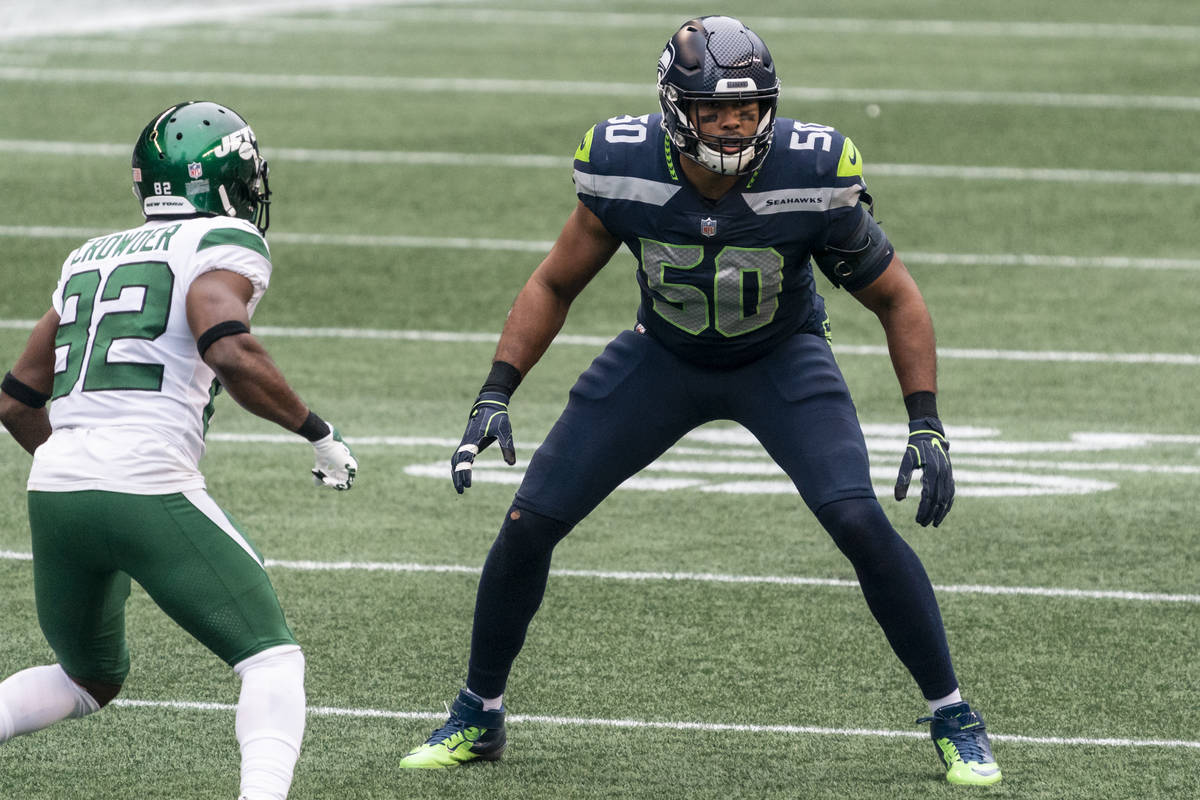 In this Sunday, Dec. 13, 2020, file photo, Seattle Seahawks linebacker K.J. Wright plays a snap in the first half of an NFL football game against the New York Jets, in Seattle. (AP Photo/Stephen Brashear, File) 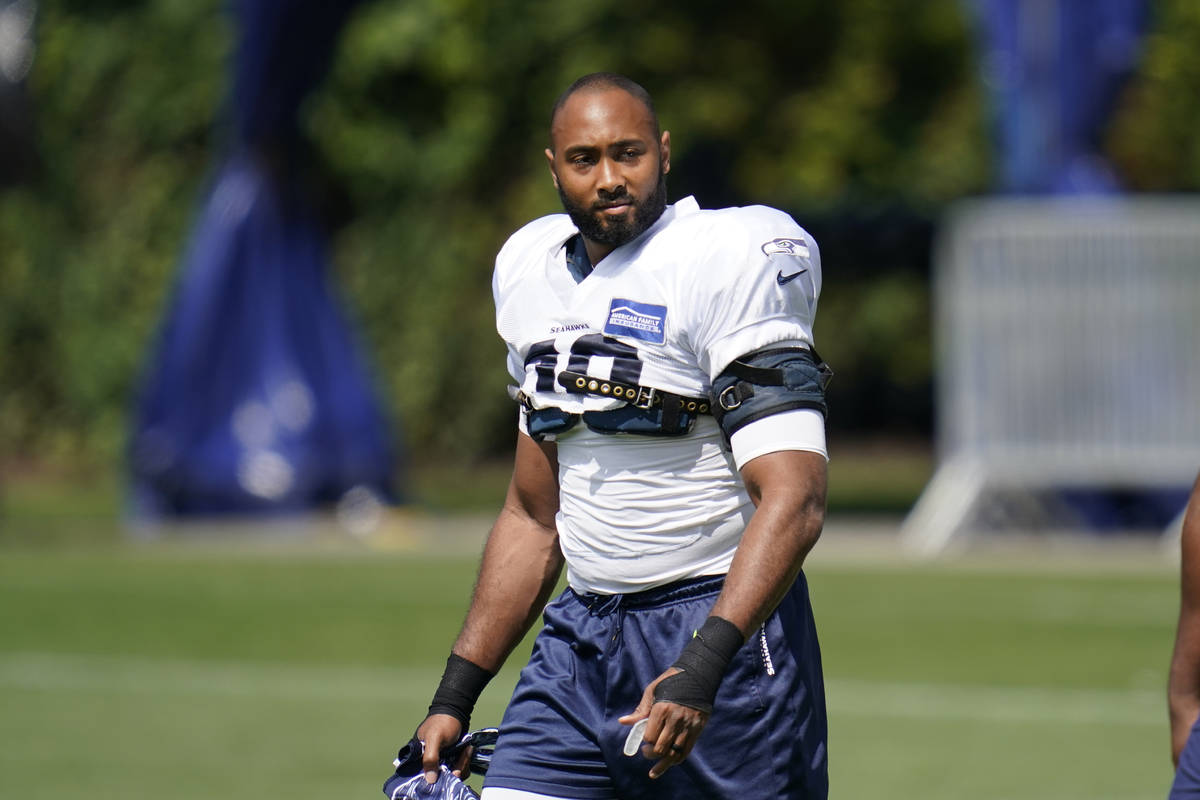 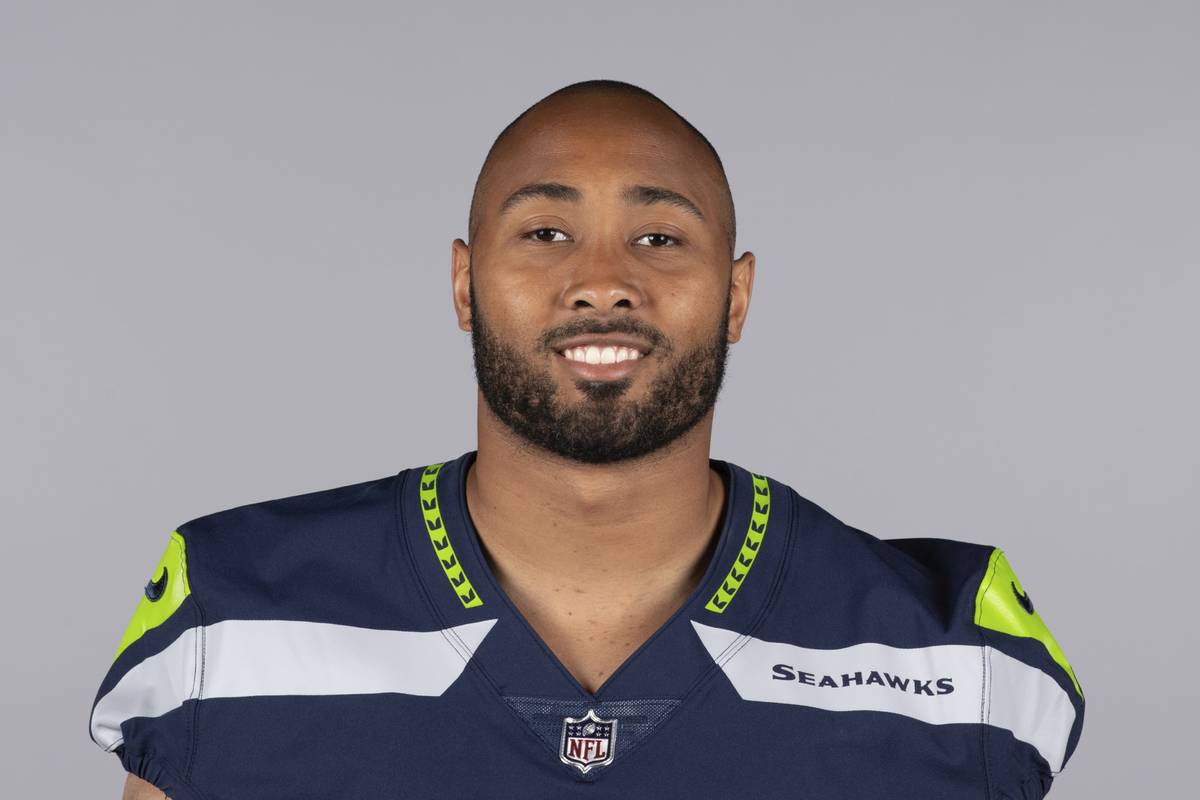 After spending a beneficial week in Los Angeles, culminating with a win over the Rams in their second preseason game Saturday, the Raiders returned to Las Vegas with a much thinner linebacking corps than when they left.

And it could mean them checking in again with veteran free agent K.J. Wright, the longtime Seattle Seahawks standout linebacker who visited the Raiders two weeks ago.

It also means a crash course for rookie Divine Deablo, who was recently cleared for practice after spending most of training camp on the physically unable to perform list with a knee injury. Deablo is practicing this week and will get a long look as a possible answer to the depth problem.

A foot injury to starter Nicholas Morrow and a leg injury to emerging second-year linebacker Javin White of UNLV will sideline both players for extended periods, pushing the depth chart to its limit.

And while the expected returns of Nick Kwiatkoski and Darron Lee to practice this week will help, the Raiders might have to look beyond their building if the absences of Morrow and White are deemed prolonged.

Wright is a logical target given his relationship with defensive coordinator Gus Bradley, for whom he played two years in Seattle. The Raiders are clearly interested, now more than ever given the injuries.

But while the 10-year veteran makes sense, a person with knowledge of the situation indicated money is a factor in terms of Wright’s asking price and the Raiders’ spending comfort.

The Raiders have the NFL’s seventh-highest payroll and just over $2.2 million in cap space.

For a deal to work, it will require both sides to make adjustments.

In the meantime, the Raiders will try to bridge the injury gaps with their current group, with Kwiatkoski probably moving back to a starting role, Lee getting a fair chance to carve out a role, and younger players such as Deablo and Tanner Muse potentially being asked to take on more responsibility.

Asmar Bilal and Te’von Coney also are on the roster.

Muse, who missed last season with a toe injury, is listed as the starting strongside linebacker in the base defense. He has had a strong camp and played reasonably well in the two preseason games while showing playmaking ability off the edge. He had a deflected pass while rushing the quarterback against the Seahawks and came up with a sack against the Rams.

“If that’s what I got to do, I’m gonna do it,” Muse said. “I’m coming straight forward, and my mindset is nobody’s going to stop me getting to that quarterback. When my number’s called, it’s time to go,”

Provided Deablo stays on a healthy path, he’s expected to get a good look this week in practice and against the 49ers on Sunday in the final preseason game.