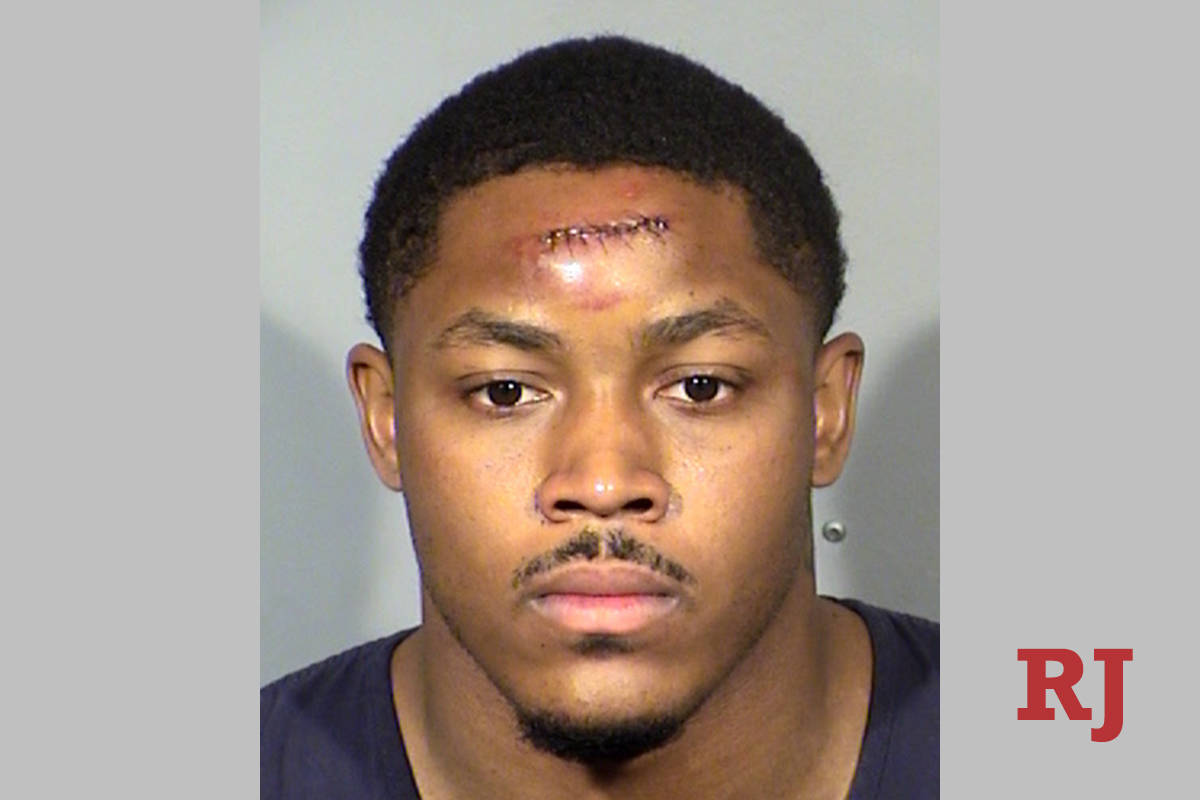 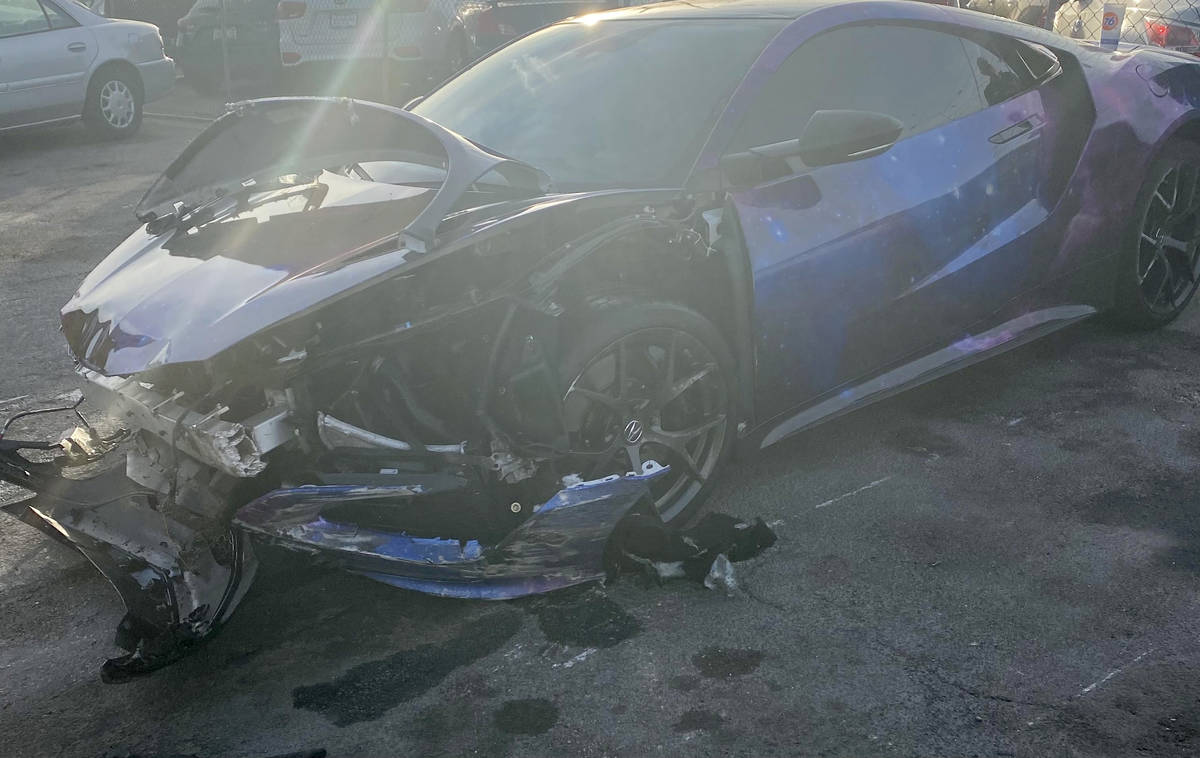 A photo provided to the Review-Journal shows the car Josh Jacobs was driving when he was arrested on suspicion of DUI in Las Vegas on Jan. 4, 2021. (Courtesy)

Raiders running back Josh Jacobs suffered a large laceration to his forehead in a suspected DUI crash early Monday, according to a Las Vegas police arrest report and a booking mugshot.

Police said Jacobs, 22, was found behind the wheel of a 2019 Acura NSX that crashed in the tunnel connector at McCarran International Airport at 4:42 a.m., the newly released report states.

“Jacobs had a large laceration across his forehead and (an officer) observed blood on the airbag which was deployed from the steering wheel,” police said. “(The officer) stated he observed a moderate odor of an unknown alcoholic beverage coming from Jacobs as he spoke.”

Jacobs told police he was driving and believed he fell asleep. He was taken to a local hospital where blood tests were drawn. He was later booked at the Clark County Detention Center on suspicion of driving while impaired.

Jacobs is scheduled to appear in Las Vegas Justice Court in March.