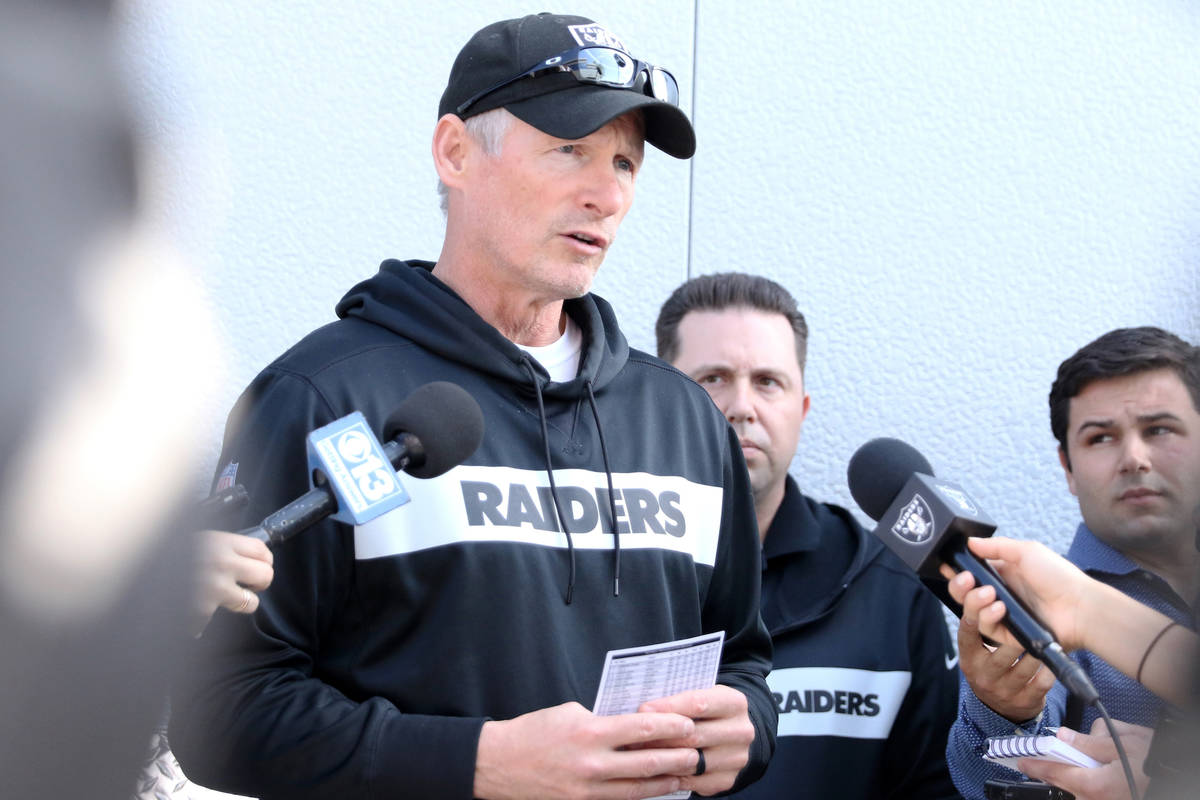 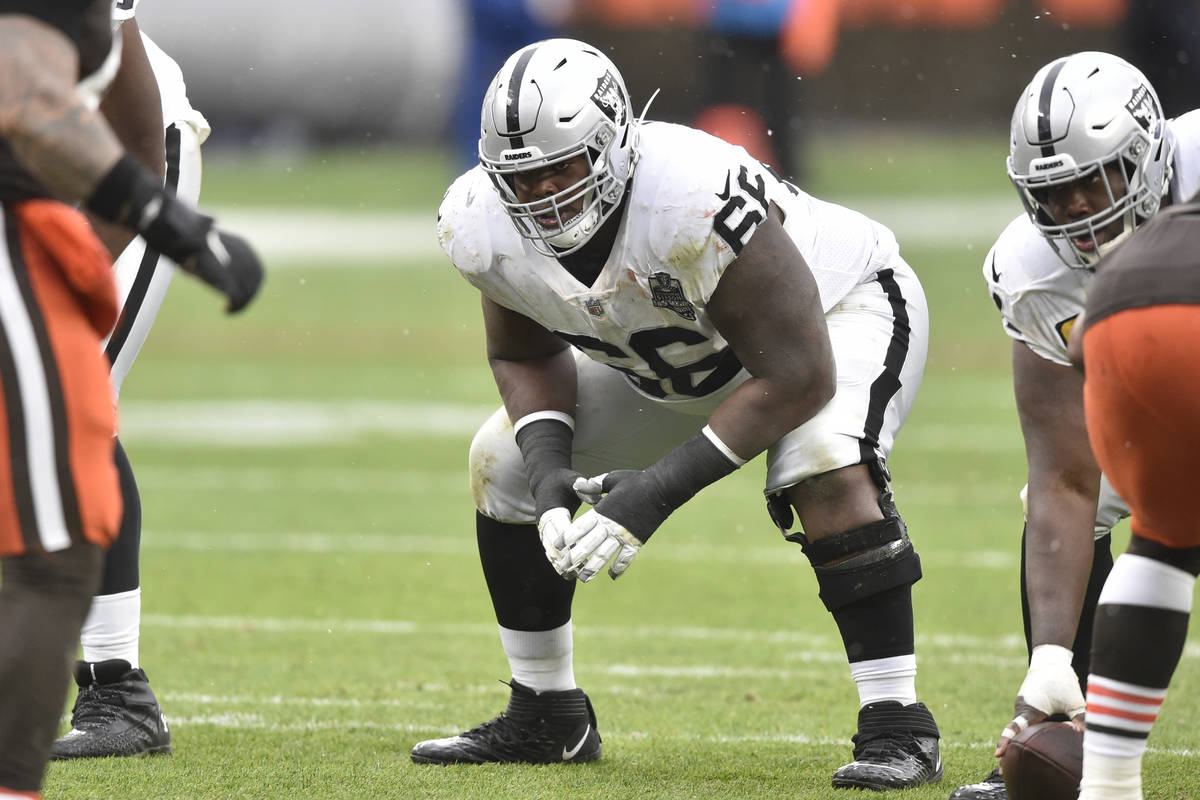 Change appears to be coming on the Raiders’ offensive line, and it might mean a completely new tandem at right guard and right tackle.

While Raiders general manager Mike Mayock would not confirm reports that veteran right guard Gabe Jackson will soon be released, he also didn’t deny them. The expectation is Jackson will be cut in a cost-saving move that creates $9.6 million in salary cap relief.

Meanwhile, Mayock said the “jury is still out” on the 2021 status of right tackle Trent Brown, who is on the books next season for $14 million. But after making just four starts last year, his availability is a major concern.

The Raiders have paid in full the $36.25 million guaranteed portion of Brown’s four-year, $66-million contract, which means they can walk away from him without penalty via trade or release and recoup the $14 million in salary cap relief.

“We believe in the talent of that player,” Mayock said. “There would be nothing finer than to have Trent Brown at right tackle protecting Derek Carr next year, Week 1. But the jury is still out. We need to make some decisions on our roster in general.”

The leaves open the possibility of trying to restructure Brown’s salary to keep him in Las Vegas at a reduced cost, or trying to work out a trade for him in which the Raiders at least get back an asset.

That is the case for a slew of Raiders players left vulnerable by a salary cap that will decrease for the first time in more than a decade. With the salary cap floor set at $180 million — or $18 million less than last year — the Raiders have work to do over the next week or so to create sufficient salary-cap space to be active when free agency opens on March 17.

Based on their current 2021 commitments, the Raiders are at approximately $193 million in salary. If the cap does not increase from the $180-million floor, they would have to shave $13 million just to get even and significantly more to address major needs in free agency. As a result, expect a number of moves. Mayock mentioned the possibility of restructuring contracts, trades and out-right releasing players.

“The way I look at it, it’s kind of a big jigsaw puzzle and there’s no one finite answer,” Mayock said. “But congruently you have to put it all together and make it make sense both economically and put the best and most competitive football team on the field.”

The problem is two-fold given that just two years ago — or before COVID-19 reared its ugly head and cut deeply into the NFL’s projected revenue — the Raiders would be preparing for a cap that could have been in the $220 million-plus range.

The $40 million shift in the opposite direction has created uncertainty across the league. With teams having to deal with a reduced cap, it’s left veteran players at risk of losing their jobs for cost-cutting purposes.

Among the Raiders at risk are Jackson, Brown, back-up quarterback Marcus Mariota and slot cornerback Lamarcus Joyner. In addition, the Raiders have made official the release of veteran wide receiver Tyrell Williams. Combined, they represent $43.05 million in cap relief.

“The reality is every team is going through conversations like never before as far as what’s the best composition of your locker room, where do we have to make moves, how do we make those moves,” Mayock said.