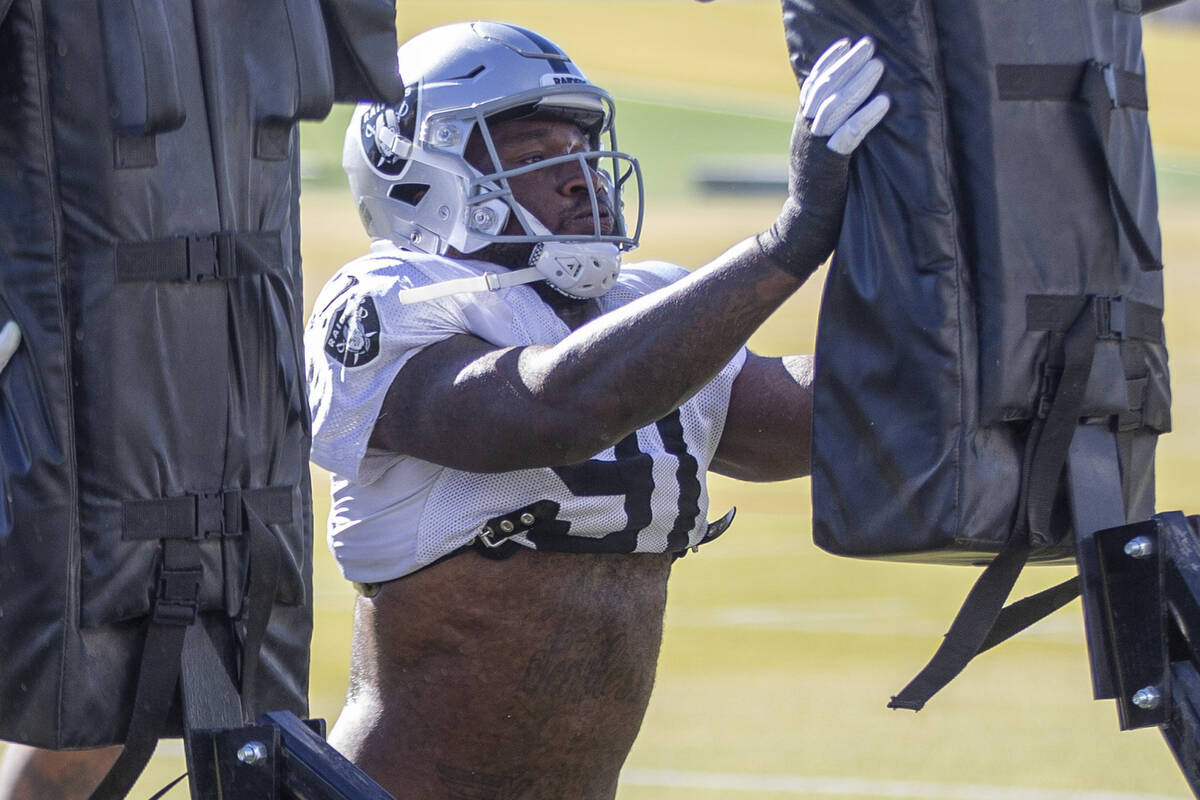 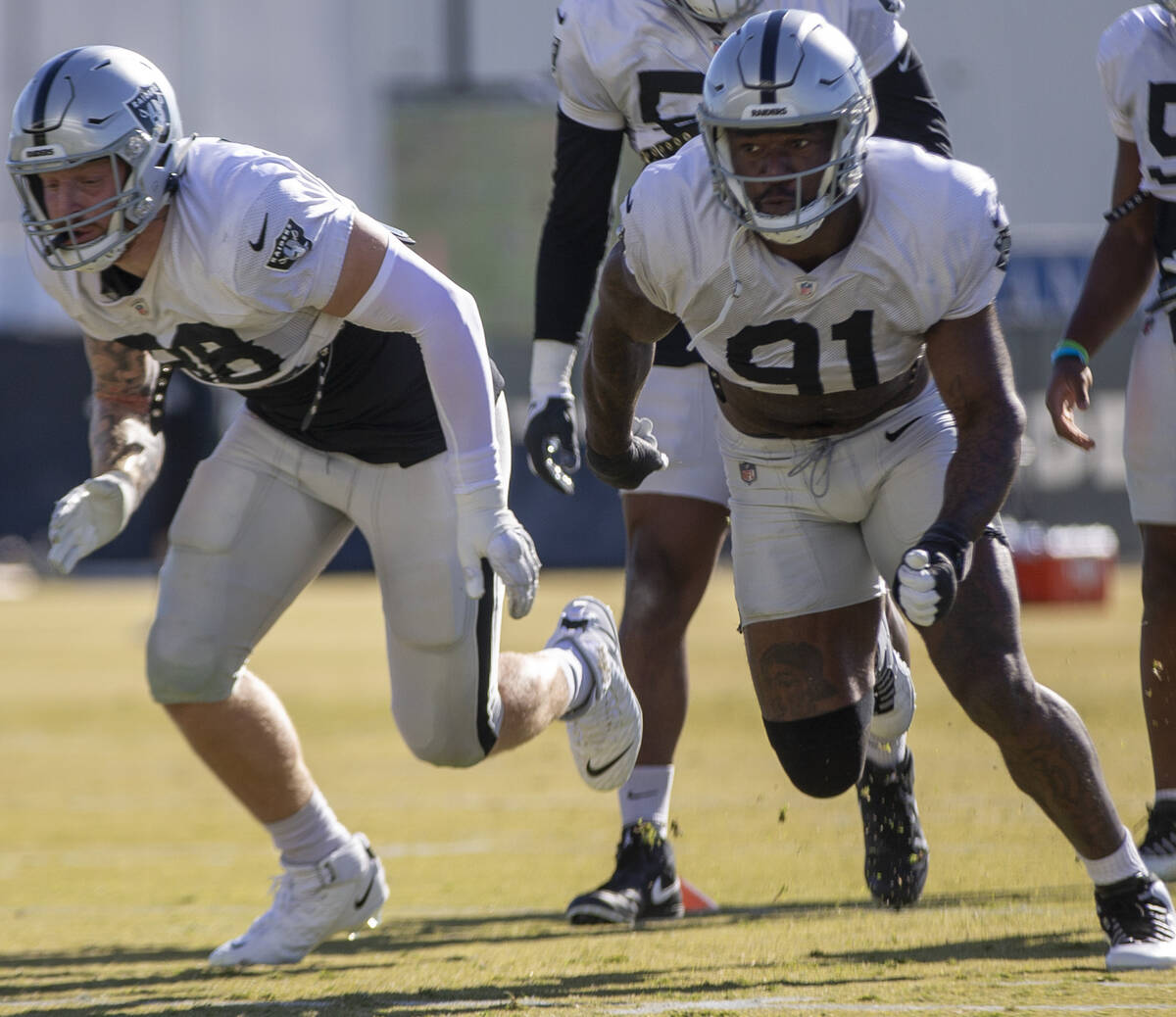 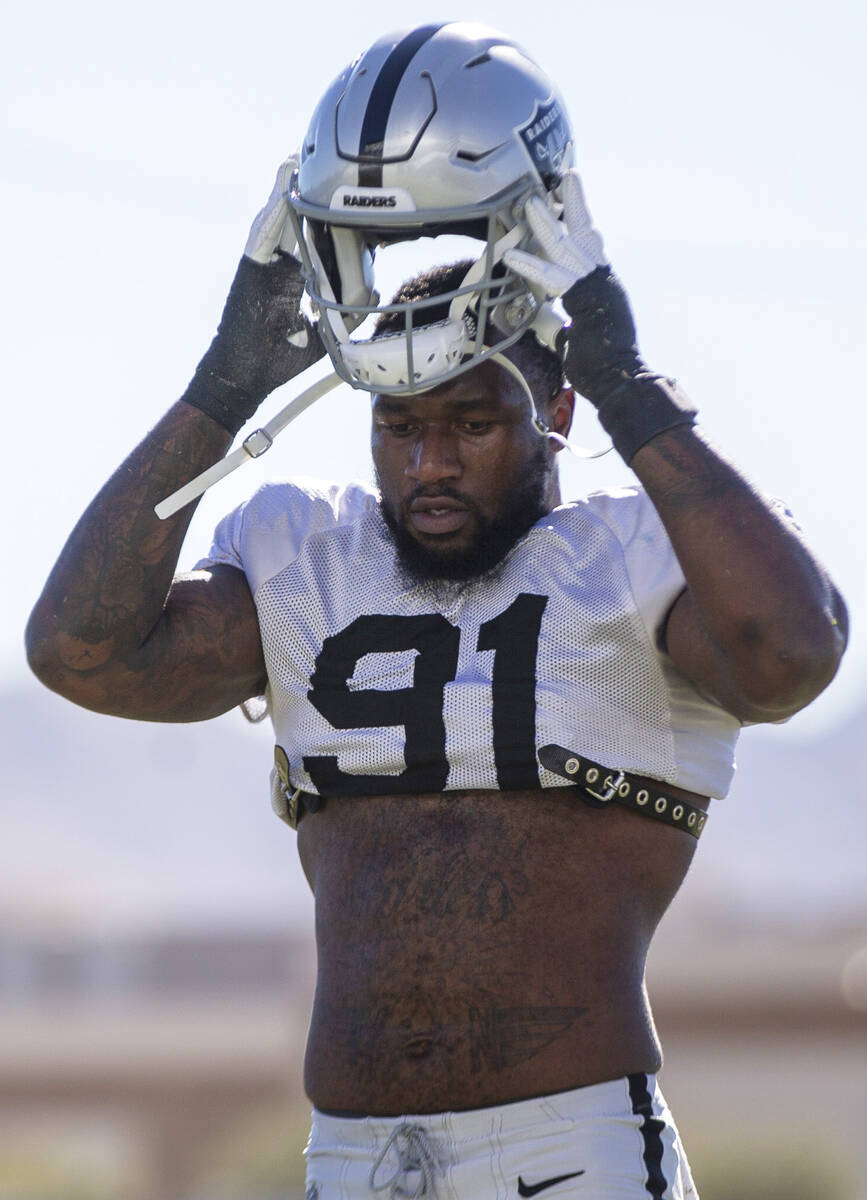 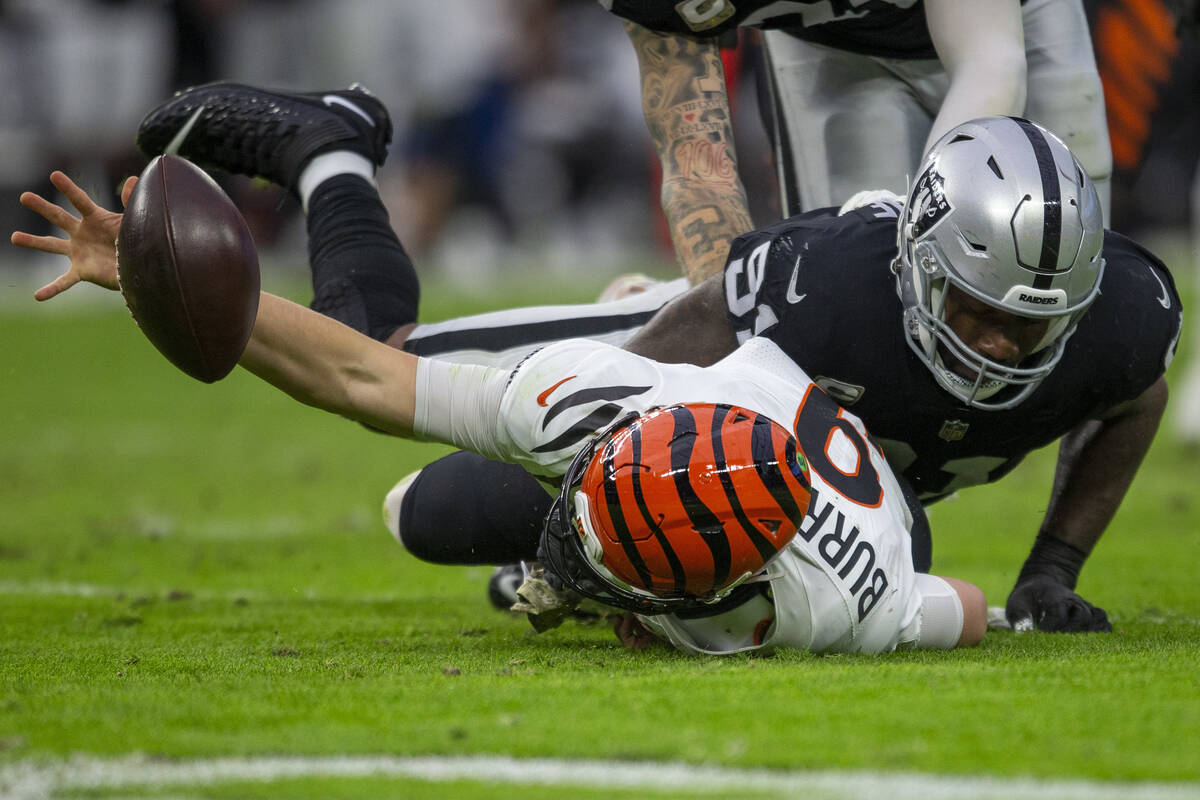 Yannick Ngakoue was embroiled in a contract dispute. In a trade request. What he referred to as the first kind of “major adversity” he’d faced during his football career.

He didn’t want to play for the Jacksonville Jaguars anymore, and he made sure they knew it. Problem was, he made sure Twitter knew it, too.

“#FREEYANN,” he tweeted on April 20, 2020, and “Tired of the back and forth @Jaguars. Let’s get this (expletive) done,” before engaging in a public squabble with Jaguars owner Shad Khan.

“If I could go back and take something back, just not bringing my business to social media. I would have definitely have taken that back,” Ngakoue says. “I was young, man. There’s a certain way you’ve got to go about things to get things done. I know about those things now.”

Ngakoue (En-gah-kway) understands that now, having found a home in Las Vegas with the Raiders, for whom he has a team-high eight sacks through his first 11 games for the franchise. The 26-year-old defensive end was in limbo last season, playing without the security of a long-term contract — and with three other teams, including the Jaguars who finally accommodated his request last August.

He signed with the Raiders as a free agent in March and recorded his eighth sack of the season in a Thanksgiving Day victory over the Cowboys, making him the fifth NFL player since 1982 to tally at least that many in each of his first six seasons.

His presence on the edge has helped their Raiders revitalize their pass rush. His presence in Las Vegas has helped him find a personal sense of peace.

“He’s happy,” said Ngakoue’s mother, Marlene Chantelly. “I feel relieved. I feel better. I’m not worried like I used to be last season. Not at all. I told him ‘You’re far. You’re far from me. But I feel like you’re in a better place because you’re happy.’ That’s all that matters.”

He volunteers at summer camps and speaks to the players who hope to one day follow his lead.

Chantelly raised him as a single mother and had trepidation about the physical consequences of football as information about brain trauma trickled into the mainstream. But Ngakoue pleaded with her to play. She finally relented when he was 12, so long as he complied with one simple request.

Ngakoue flourished at the prep level, garnering four-star recruiting status and scholarship offers from top programs across the country. He opted to play at nearby Maryland, knowing its campus was a simple 20-minute drive from his mother’s house.

He was a pass-rush specialist as a freshman in 2013 before emerging in 2014 as an NFL prospect with six sacks and 13.5 tackles for loss. He transitioned between his sophomore and junior seasons from a standup linebacker into a more traditional defensive end — capping his college career in 2015 with 13 sacks and another 14.5 tackles for loss.

“I liked being in the room with him every day because I knew he was going to work,” said his former defensive line coach, Chad Wilt, now the defensive line coach at the University of Minnesota. “We could have conversations and dialogue. (Ngakoue) was smart enough as a football player that you could have those dialogues with him.”

Ngakoue was almost obsessive about improvement. He would study various offensive linemen to learn how they’d set up blocks before tinkering with his technique. He’d also study other elite pass rushers and trained privately with renowned pass rush coach Chuck Smith, a former All-Pro with the Atlanta Falcons.

“I learned so much from being a Jaguar. About the business. About being a ballplayer,” Ngakoue said. “I’m super, super appreciative and always thankful that I was able to get that opportunity for those guys to be able to jumpstart my career.”

Nagkoue says that now. But he was ready last year to leave. He’d outperformed his rookie scale contract and played like one of the best pass rushers in the NFL. But the Jaguars did not meet his contractual demands, prompting a trade in August to the Minnesota Vikings.

They, too, traded him. Albeit midway through the season and to the Baltimore Ravens, who play about an hour away from where he grew up. But there was nothing sentimental about the de facto homecoming, save for the proximity to his friends and family.

“It’s no secret the little battle I had with the place that I was drafted to, but things happen at the end of the day,” Ngakoue said. “Both places that I was at, they really didn’t fit my style of play that I was used to. It was weird.”

Ngakoue and the Ravens parted ways upon the conclusion of the 2020 season, making him a free agent for the first time in his career. He indicated that free agency didn’t go particularly well because of the “bad talk in the air” resulting from his departure in Jacksonville.

“It turned people the wrong way a little bit. I understand. I was super, super young. I was immature at that point,” Ngakoue said. “But at the end of the day, I’m just super thankful that I did get a deal done with this great organization.”

To that point, Ngakoue and the Raiders agreed to a two-year deal in March worth $26 million. He can become a free agent again when he’s 28, but said “I plan on being a Raider for life. … This deal was supposed to get done the first time I got traded.

“I always wanted to be a Raider,” he said, noting that he did not consider other destinations in free agency.

With Ngakoue aboard, the Raiders have 25 sacks compared to the 21 they had in 2020. He has had eight in the last seven games, signaling additional comfort with his new team.

“There’s a lot of things that have to happen right for a defensive lineman to get a sack, but he’s got some God-given ability,” defensive coordinator Gus Bradley said. “He’s very talented and his get-off has been really well. I think he’s tweaked some things the last few weeks that have benefited him.”

Ngakoue finally feels valued and mentioned that it’s “a great feeling” being a captain for the first time in his career. He’s still competitive, driven and focused. But he’s not as emotional. Not as angry.

A testament to his maturity.

His mother preached patience amid his struggles last season, and, well, patience finally paid off.

“Sometimes you have to go through some difficult times to realize that you can’t take life for granted,” Chantelly said. “He’s not the kid (he was) when he was drafted in 2016. He’s not the same person. He’s different. I’m happy for him.”

2
Raiders’ options at quarterback not limited to Tom Brady 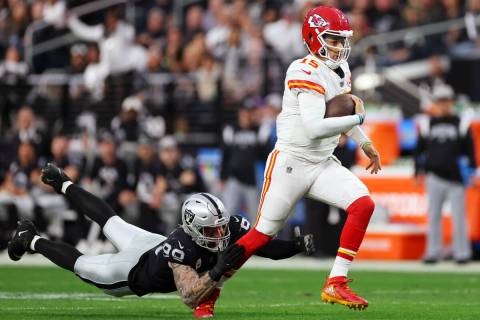 In the wake of a 6-11 season, Raiders Pro Bowl edge rusher Maxx Crosby said “it’s unacceptable … everything needs to be re-evaluated from everybody.”

Yes, believe it or not, Raiders still have path to playoffs