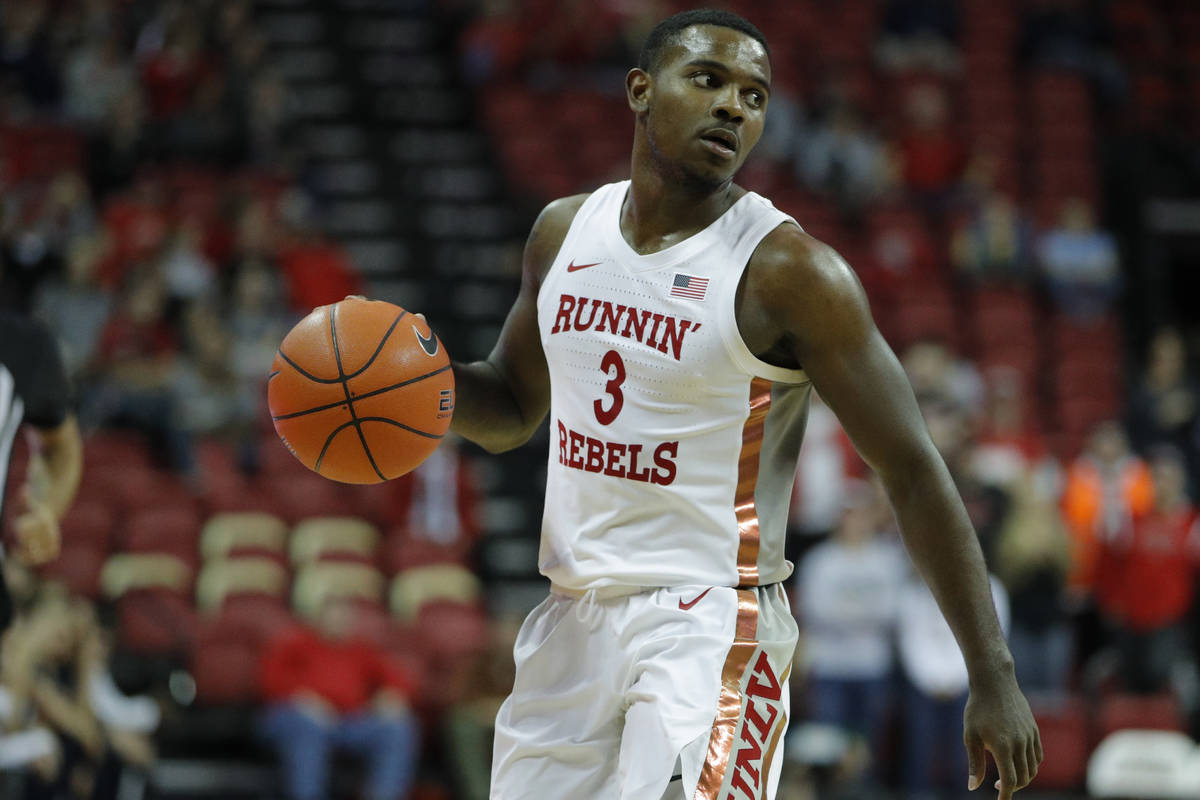 Amauri Hardy wanted to return to UNLV for his senior season, his father said Thursday, but didn’t “think he was in the plans for next year.” So Hardy, a third-team All-Mountain West selection, has entered the NCAA transfer portal.

Ramsey Hardy said his son already has received calls from more than 15 schools, including some Power Five teams, but declined to name them.

“There were a lot of factors,” Ramsey Hardy said of his son’s decision to transfer. “He met with the coaches last week. It wasn’t a fit for them. He’s trying to get to the next level. I don’t think the plans were mutual.”

Hardy is the third player to transfer, and junior forward Cheickna Dembele, who has dealt with a series of injuries, was ruled physically unable to play next season.

Their departures mean UNLV is one player over the scholarship limit. The Rebels have eight members in the current recruiting class and three scholarship seniors.

Hardy was one player last year who gave then-new coach Otzelberger a real boost by announcing he would play for the Rebels and taking his name out of the transfer portal. He was coming off a season in which he averaged 13.1 points and made 34.1 percent of his 3-point attempts.

He played mostly two guard. Ramsey Hardy said his son thought he would be the starting point guard.

“He was still able to deal with (shooting guard) this season, but it’s not his natural position,” Ramsey Hardy said.

Now Hardy hopes to find a school where he can be the starting point guard. His father said hewould like to play next season rather than sit out a year. The NCAA might pass a rule that four-year transfers no longer have to sit out a season.

Hardy’s brother, Jaden, is a junior five-star guard at Coronado High School and will make his decision independent of which school Amauri chooses.

As far as turning pro, his dad said that isn’t an option for this year.

“He needs to showcase his talent,” Ramsey Hardy said. “Teams need to see him at point. He needs a whole year of doing it.”