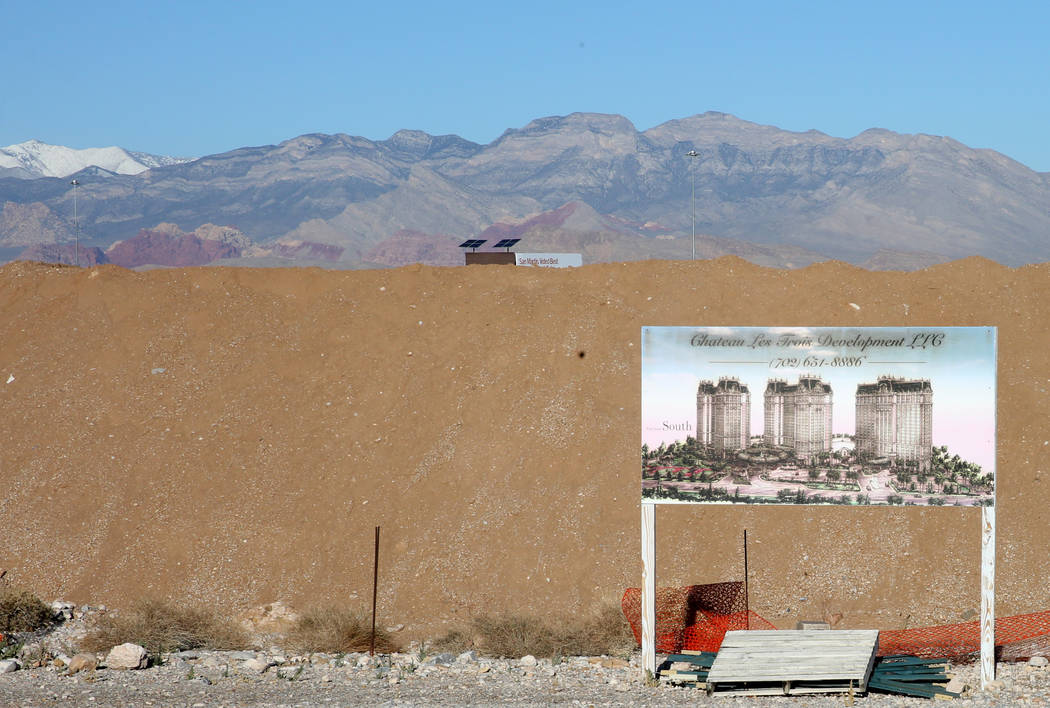 A rendering of a high-rise residential complex is seen near the Buffalo Drive-215 Beltway interchange in the southwest Las Vegas Valley on Thursday, Dec. 5, 2019. (Bizuayehu Tesfaye/Las Vegas Review-Journal) @bizutesfaye 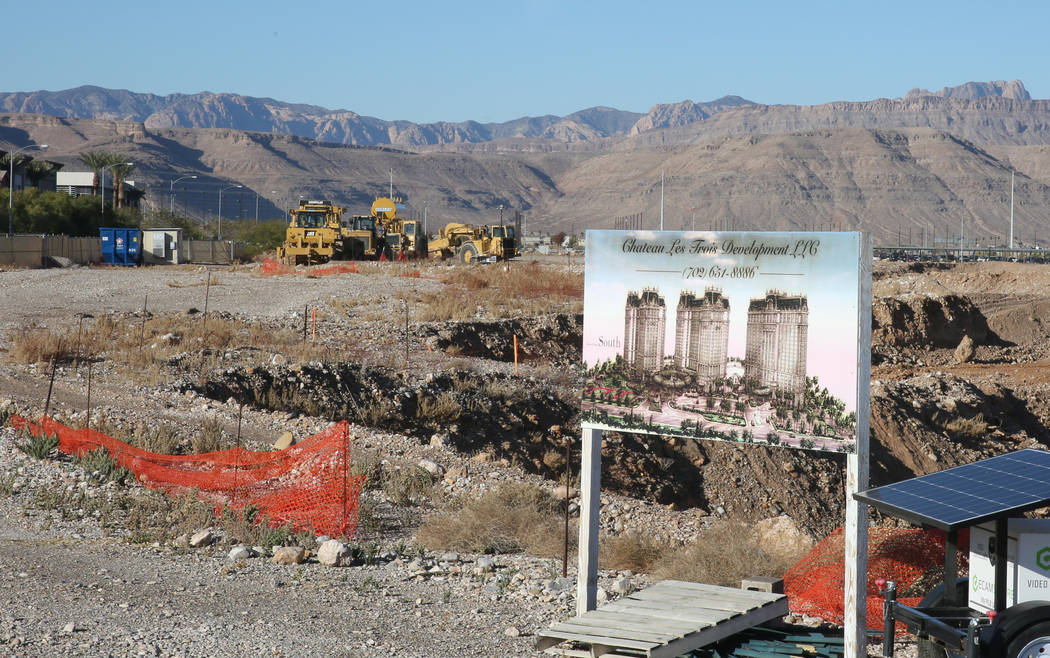 Construction equipment and a rendering of a high-rise residential complex are seen near the Buffalo Drive-215 Beltway interchange in the southwest Las Vegas Valley on Thursday, Dec. 5, 2019. (Bizuayehu Tesfaye/Las Vegas Review-Journal) @bizutesfaye 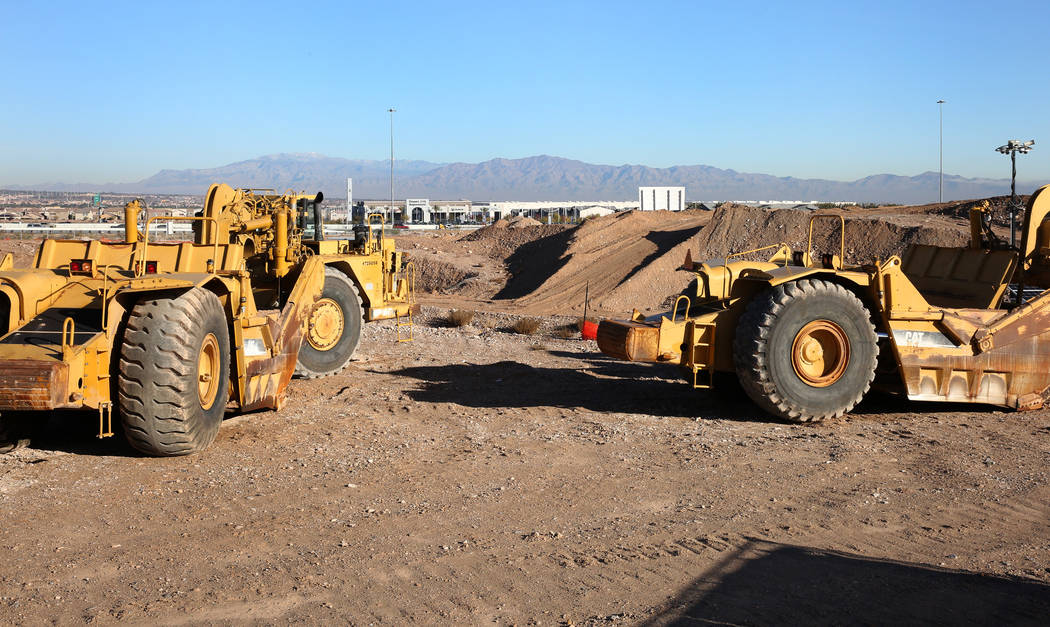 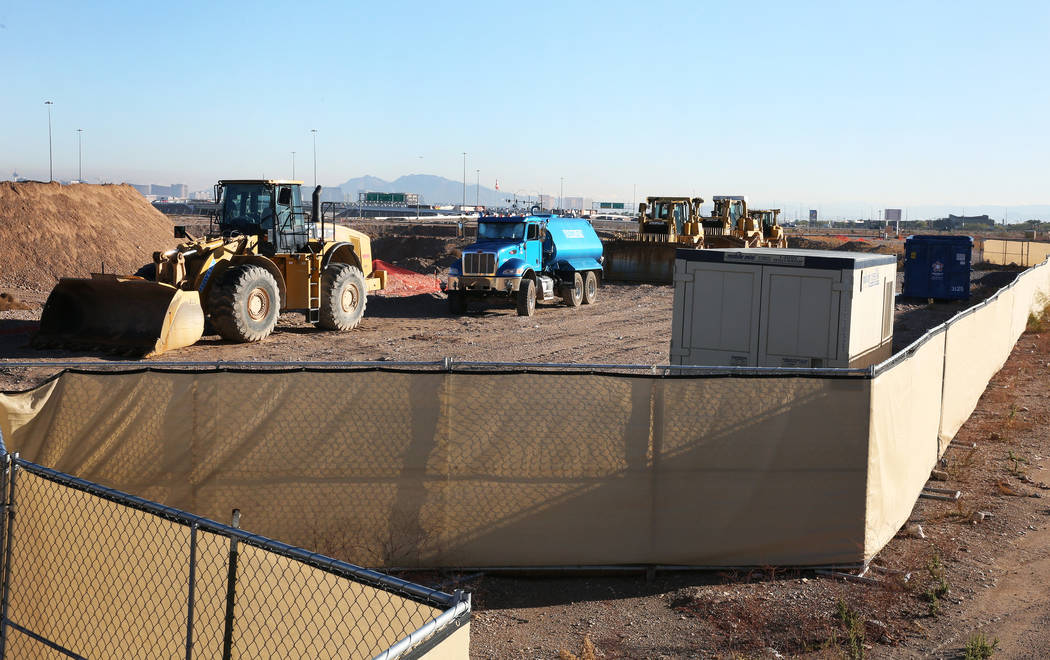 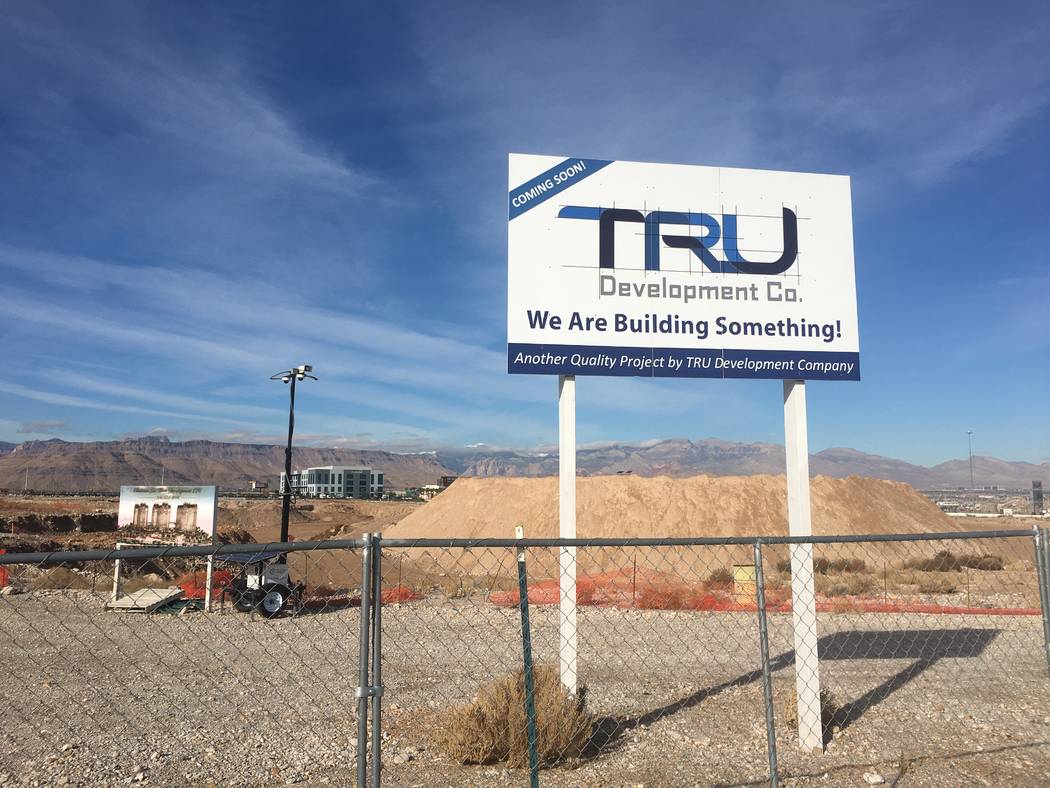 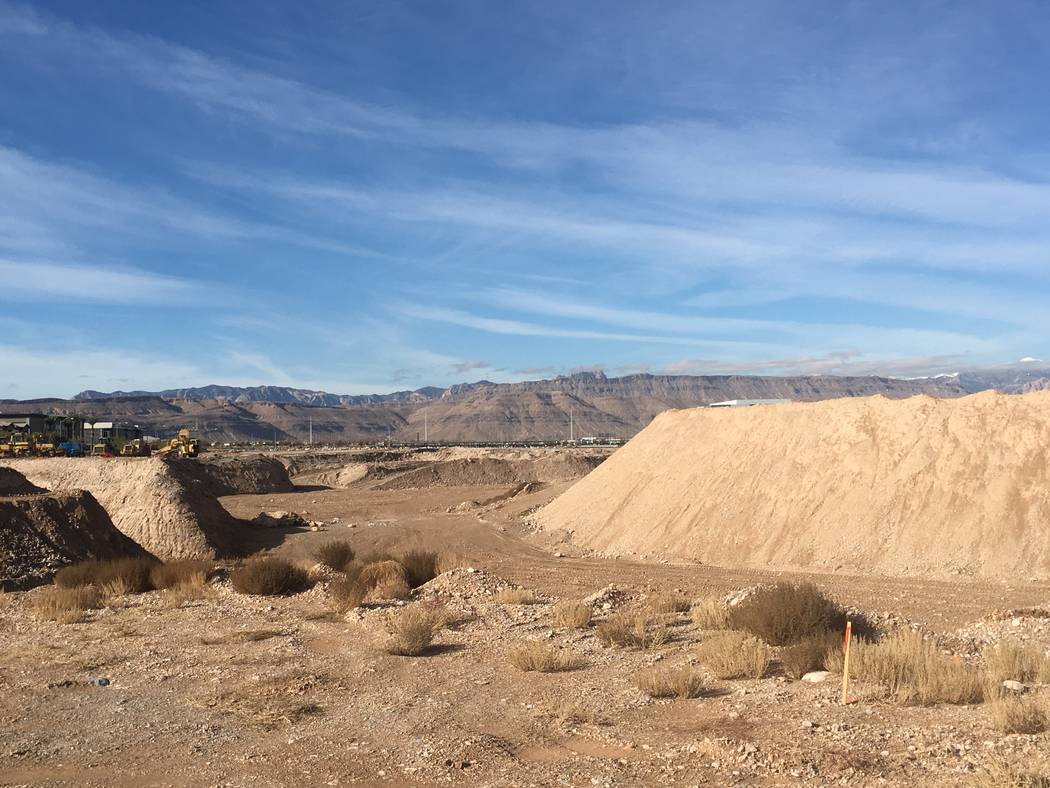 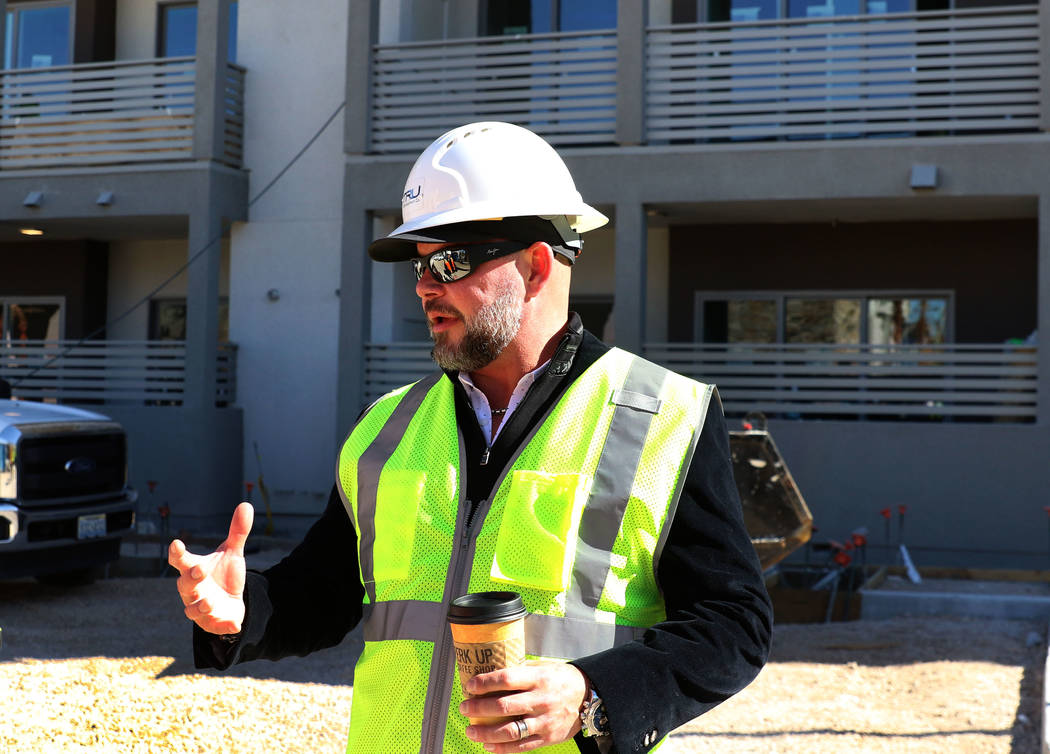 When a fitness chain bought Las Vegas’ Sullivan Square site last month, it put the giant hole in the ground on the path to development.

But the land wasn’t the only bubble-era crater left behind in the valley after the market crashed. It wasn’t even the only one in the neighborhood.

A mile or so away, the former Spanish View Tower condo site also ended up a massive hole in the southwest valley. It was supposed to have high-rises, but by the summer of 2016 it merely had some abandoned construction trailers and, down in the 40- to 50-foot pit, a partially built garage that was streaked with rust and covered with graffiti.

Both projects were part of the mid-2000s high-rise craze dubbed the “Manhattanization” of Las Vegas. Most of the towering proposals never left the drawing board, but as far as I can tell, these neighboring failures were the only ones left as gaping reminders of Las Vegas’ wild real estate boom and devastating crash.

Today, the sites are in a fast-growing part of town and expected to be developed, though it’s unclear when the projects would open.

Minnesota-based Life Time, which bought the Sullivan Square site, has not announced its plans for the property at the southeast corner of Durango Drive and Sunset Road, across from Ikea.

The once-abandoned garage has been demolished, and heavy equipment is on site. But the property was quiet Friday morning — there were no signs of workers — and I didn’t see any new buildings taking shape.

Tru Development Co. said on its website that its project there, KAKTUSlife @the curve, will feature 614 residential units and 2,500 square feet of retail space.

Efforts to get an update on the project from Tru founder Tim Deters were unsuccessful.

Sullivan Square was supposed to have 1,380 residential units, 45,000 square feet of retail space and 272,000 square feet of offices. But lawsuits started flying, and the multi-tower proposal by Irish and Las Vegas developers was never built.

Spanish View Tower was slated to feature three 18-story condo towers and be “the foundation for high-rise living” in the Western U.S., the developer said in 2006. But creditors filed court papers the next year to push the project into bankruptcy, claiming they were owed more than $36 million combined.

They alleged in court papers the developer made payments through the project’s holding company for his 7,200-square-foot house in Las Vegas, luxury cars and a captain for his 55-foot boat called Squirt the Dirt in Tampa, Florida.

Las Vegas is getting plenty of construction nowadays, though no one has built a residential high-rise for several years. They are expensive to build, and developers can’t fetch high-enough rents or sales prices to make a tower work financially, industry pros have said.

Plus, you can’t blame them for not risking it on a high-rise. You only have to drive to the suburbs to see what can happen.