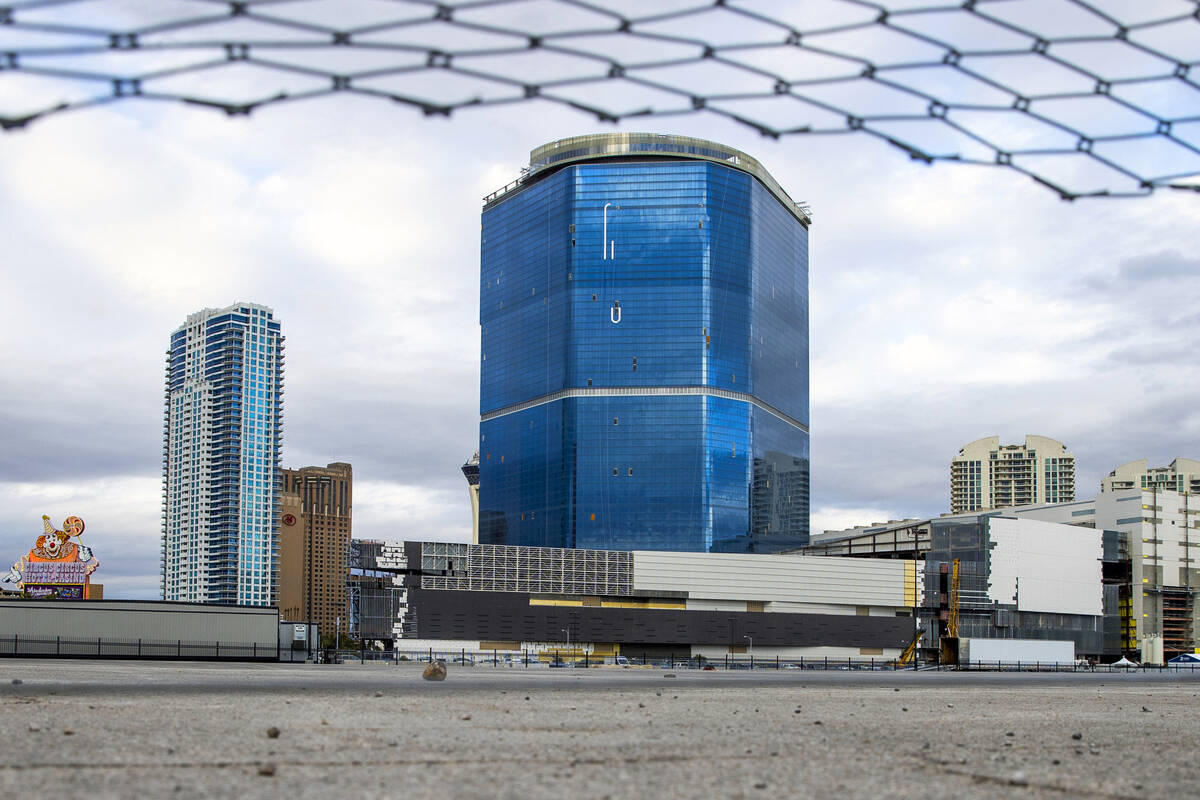 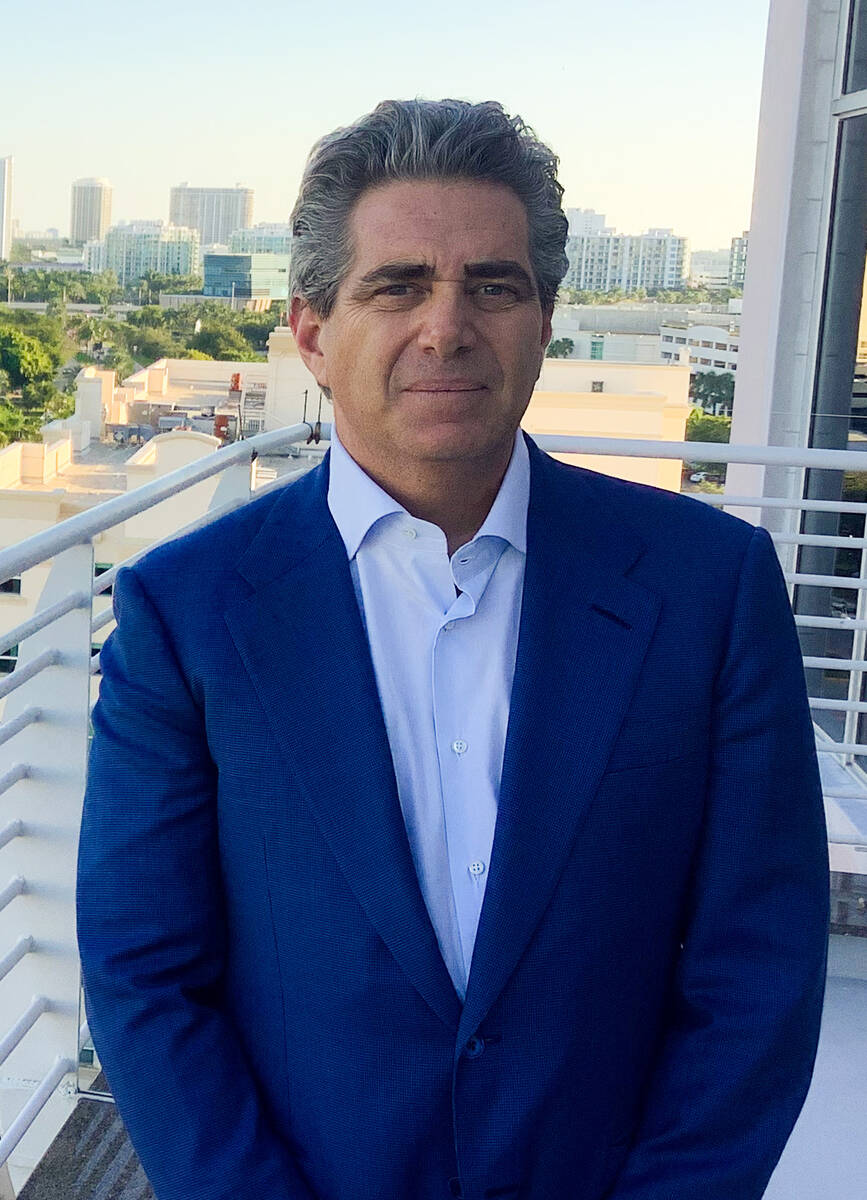 Developer Jeffrey Soffer, owner of Fontainebleau Development, poses for a photo on the balcony outside his office in Aventura, Florida, on Tuesday, Dec. 7, 2021. (Eli Segall/Las Vegas Review-Journal) 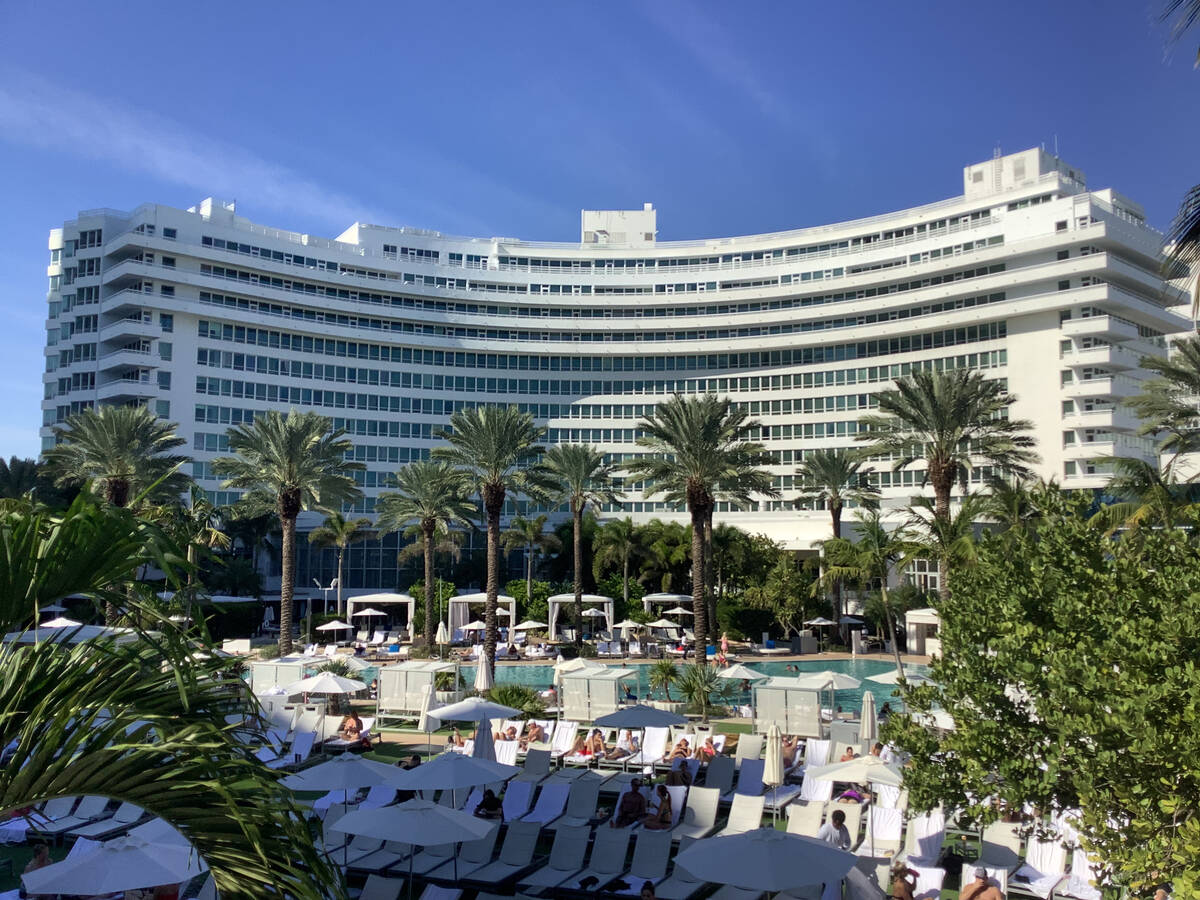 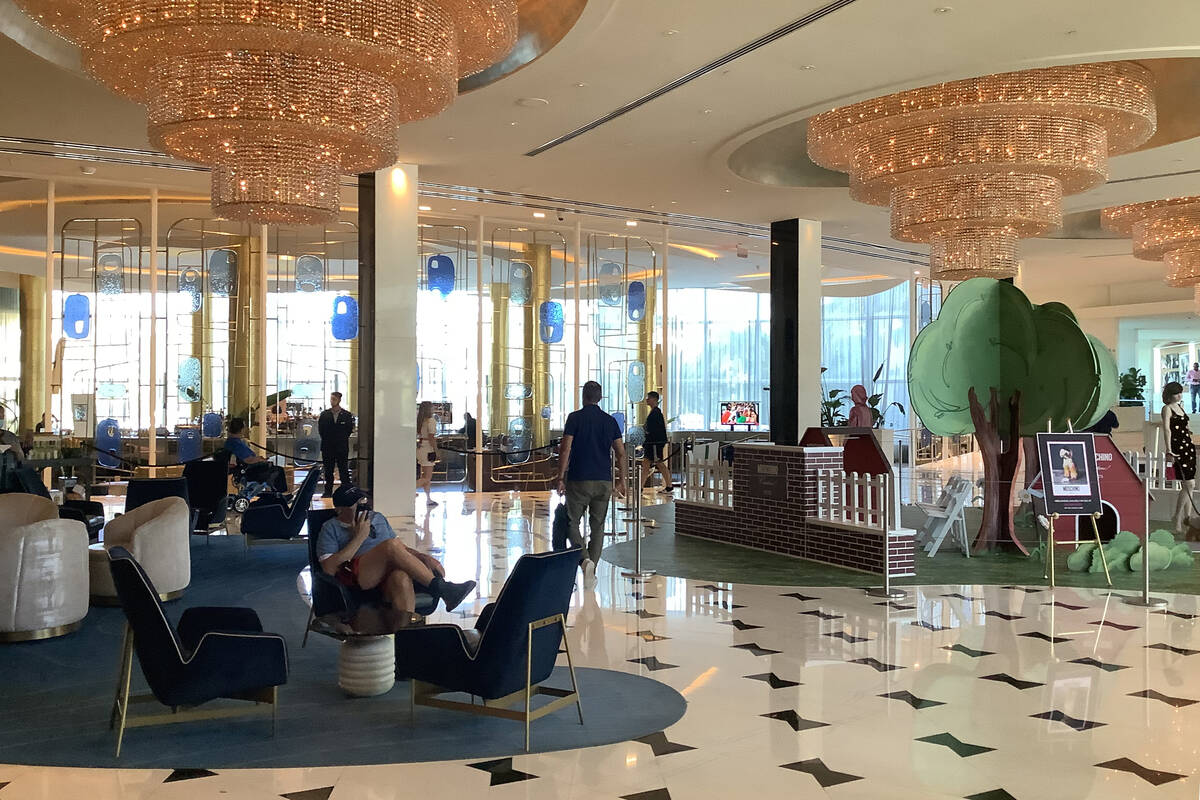 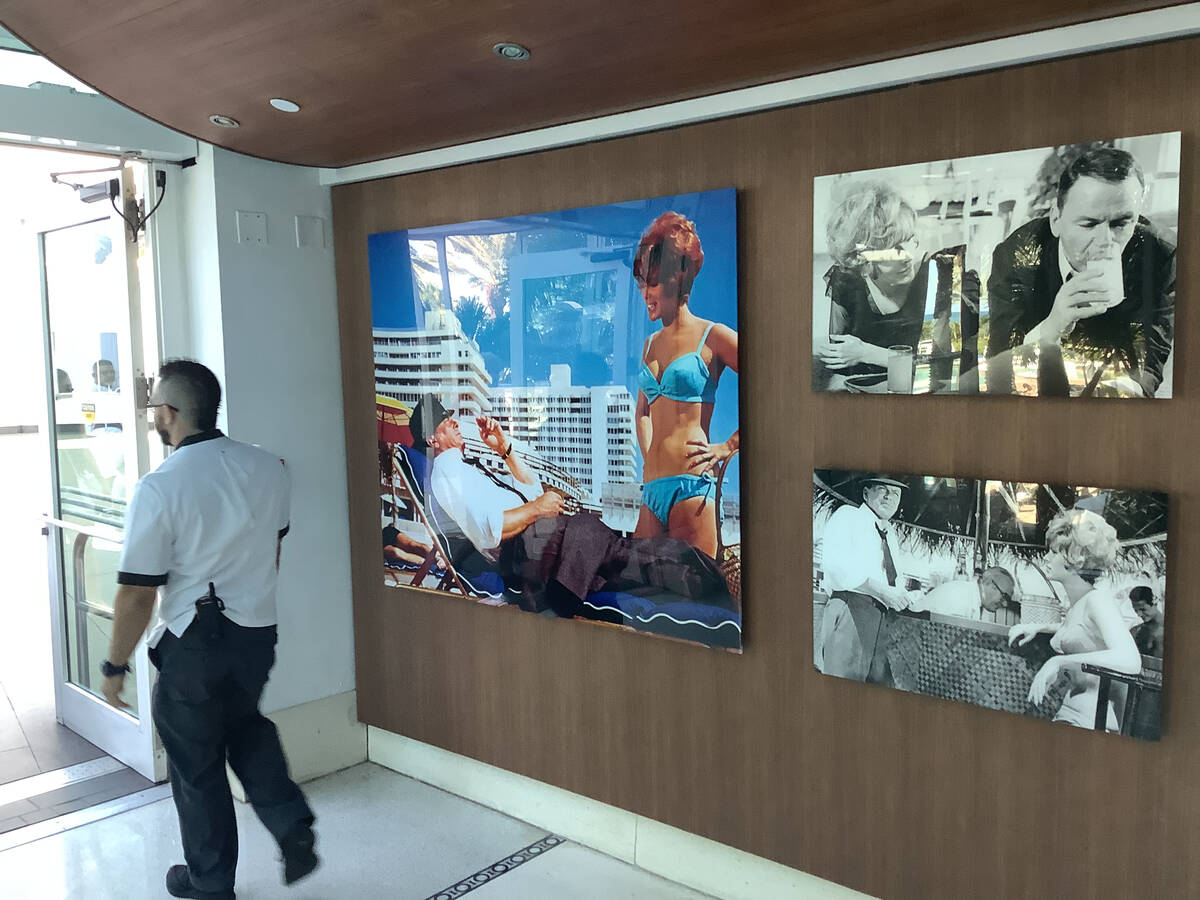 A corridor with pictures of Frank Sinatra at the Fontainebleau Miami Beach hotel in Florida is seen Tuesday, Dec. 7, 2021. (Eli Segall/Las Vegas Review-Journal) 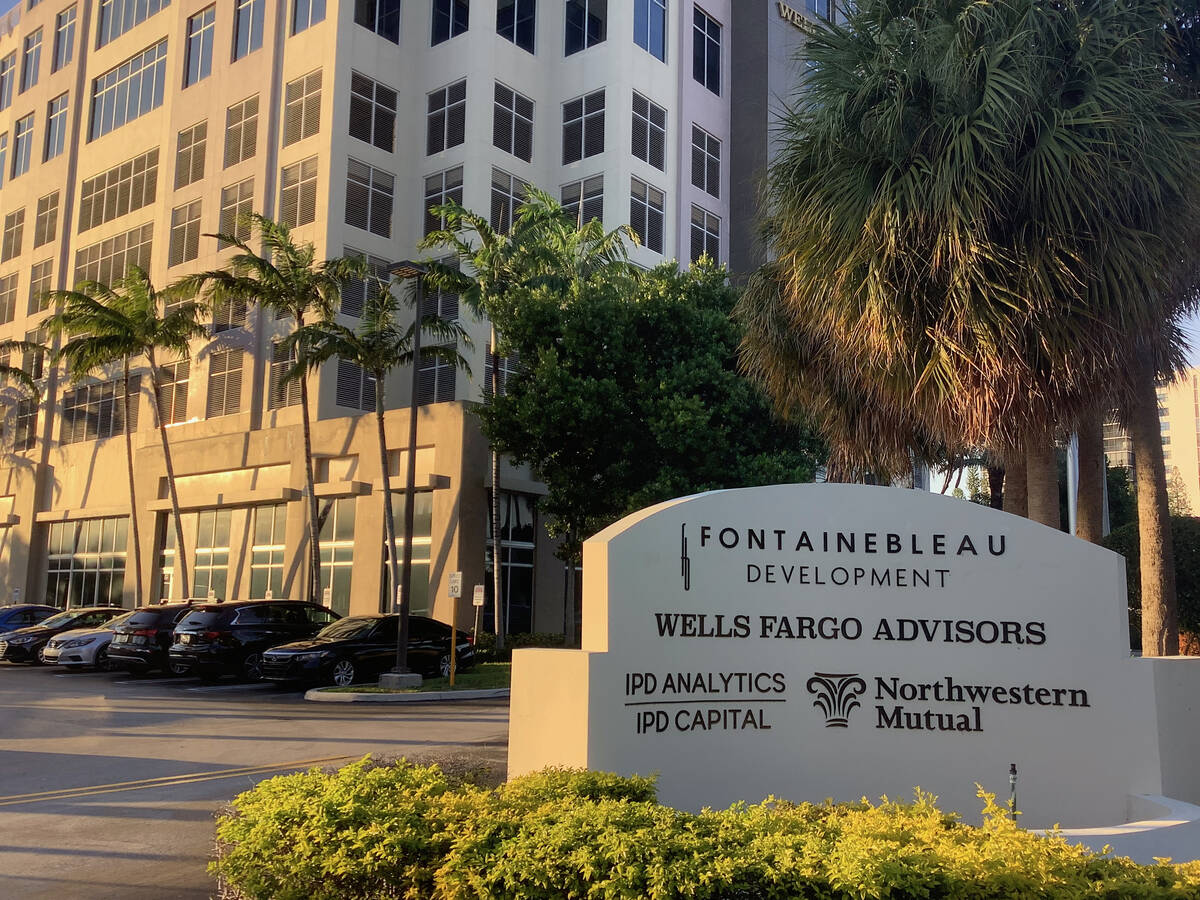 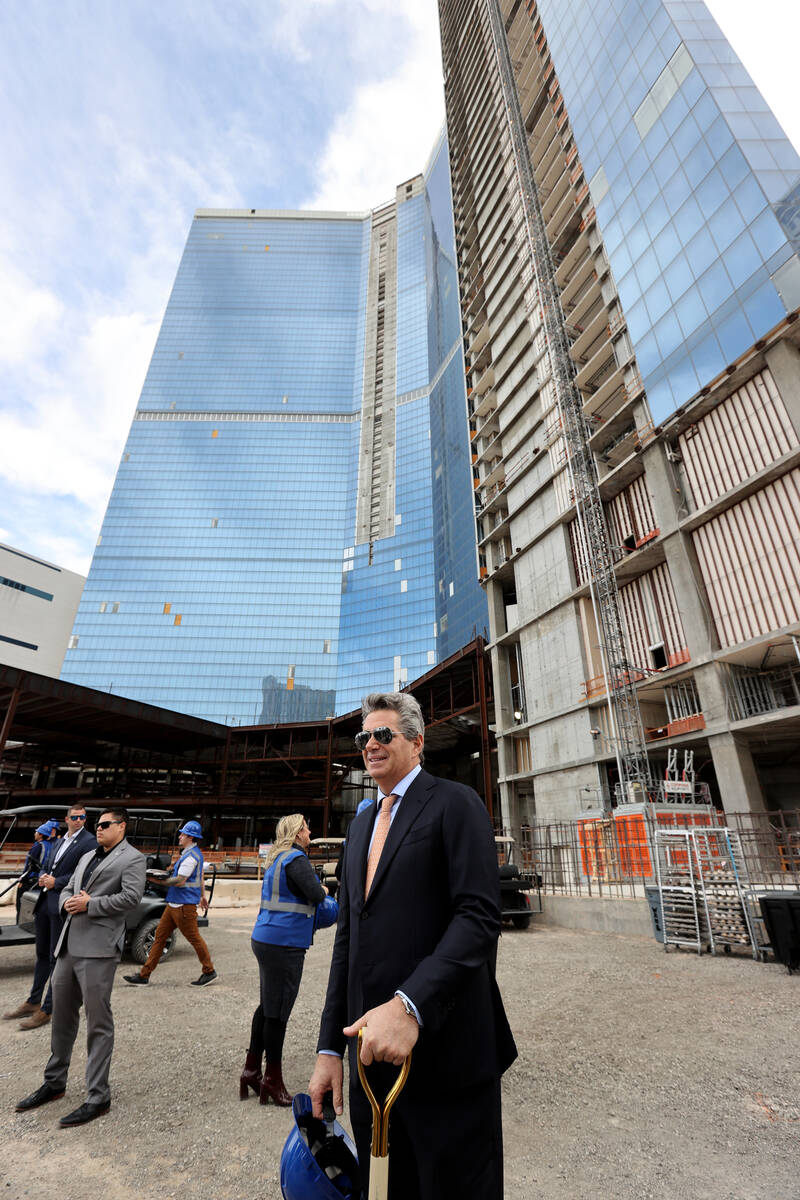 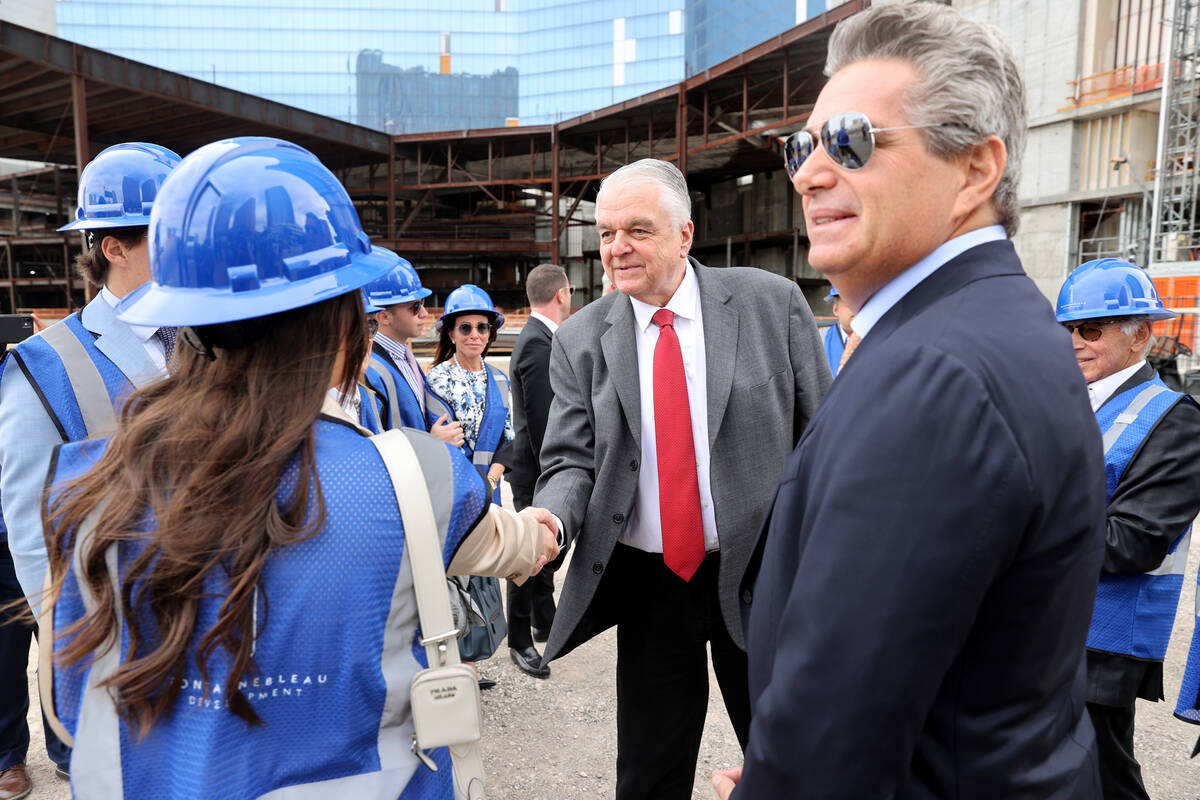 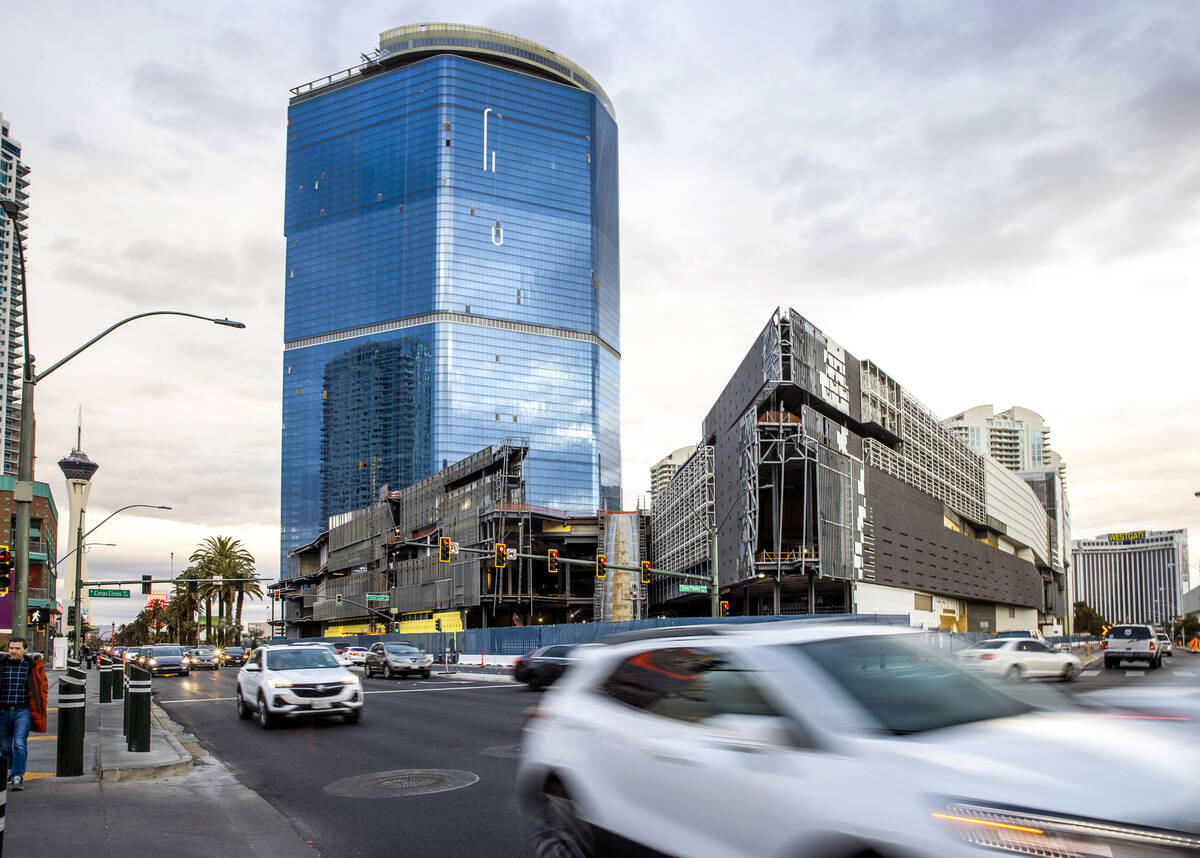 AVENTURA, Fla. — After Jeffrey Soffer reacquired the Fontainebleau, he walked through the long-unfinished Las Vegas project for the first time in more than a decade.

And, he recalled, it looked like nothing had changed.

“It was just the same way we left it,” he said recently.

The 60-plus-story high-rise, one of Las Vegas’ tallest buildings, is a product of the mid-2000s real estate frenzy but has never opened — a towering reminder of the boom days, the devastating crash that followed and, more recently, the pandemic’s severe economic fallout.

But in a full-circle moment, Soffer, the Fontainebleau’s original developer, teamed with the real estate wing of Kansas conglomerate Koch Industries to acquire the hotel-casino project nearly a year ago.

Construction has resumed, and they aim to open the 3,700-plus-room Fontainebleau Las Vegas in the fourth quarter of 2023.

According to the owners, the resort was already 75 percent finished.

“The nice thing about this is that the hard part’s done because the structure is up. … Now you’re just filling in the pieces,” said Soffer, owner of real estate firm Fontainebleau Development.

Needless to say, the journey there has been a long one, involving bankruptcy proceedings, halted construction, different sets of owners, and years of not knowing what would happen with the partially built skyscraper towering over Las Vegas Boulevard.

“Ultimately, it ended up back in my hands,” Soffer said, “which was crazy, but it did.”

‘High end of the market’

Soffer, whose portfolio includes the iconic Fontainebleau Miami Beach hotel, said in a Dec. 7 interview with the Review-Journal at his corporate offices in Aventura, Florida, that the partners behind the north Strip project are “very well-funded.”

He indicated they are not hunting for money and said privately held Koch — which, according to Forbes magazine, booked an estimated $115 billion in revenue in 2020 — is “probably bigger than all the Strip companies combined.”

The developers also aim to establish the resort as a luxury destination competing with the likes of Wynn Las Vegas.

He added that its location across from the Las Vegas Convention Center’s newly built West Hall gives the resort a “huge competitive advantage,” and that the firm has already fielded calls from groups that want to book conferences at the Fontainebleau.

Mufson, who also worked on the project under prior owner Steve Witkoff, doesn’t believe a developer would try to construct a Fontainebleau-sized resort from the ground up in Las Vegas nowadays, saying, “It’s just too expensive to build.”

Soffer hasn’t disclosed the estimated price to finish the Fontainebleau but figured it would cost upward of $6 billion to build the resort from scratch.

“We wouldn’t be buying this place if it was just a piece of land,” Soffer said.

Soffer acquired the 1950s-era Fontainebleau in Miami Beach in 2005 and unveiled plans for the one on Las Vegas Boulevard that same year, teaming with former Las Vegas casino executive Glenn Schaeffer on the project.

They broke ground in 2007. But soon enough, the roaring real estate market crashed, the economy imploded, and the Fontainebleau’s developers sued several banks in spring 2009, alleging the “unscrupulous” lenders backed out of their commitment to finance construction of the multibillion-dollar resort.

Without the additional funds, the project “cannot be finished and will never open,” the developers warned.

Las Vegas’ Fontainebleau went bankrupt in mid-2009 — one of countless real estate projects in the valley to get derailed after the bubble burst — and billionaire Carl Icahn acquired it in 2010 for around $150 million.

After leaving it largely untouched, Icahn sold the property in 2017 for $600 million — quadruple his purchase price — to Witkoff and partners.

The sale started another chapter for a stalled project that resulted in a new name and scheduled opening but, in the end, left the project still standing unfinished.

In early 2018, Witkoff and Marriott International unveiled the resort’s new name, Drew Las Vegas; plans for two Marriott brands there; and an expected opening in late 2020.

Witkoff, who later pushed the debut to 2022, said in early 2020 that he was close to obtaining a roughly $2 billion construction loan for the project.

But in March 2020, as Las Vegas rapidly shut down over fears of the coronavirus outbreak, he suspended construction.

Soffer and Koch announced their acquisition on Feb. 11. According to Clark County records, the new owners acquired debt on the project Feb. 11 and, the same day, gained ownership of the property from Witkoff through a “deed in lieu of foreclosure.”

Las Vegas real estate broker Michael Parks, a hotel-casino specialist with CBRE Group, said at the time that a deed in lieu is typically undertaken because a property is in financial distress, and such transactions are “more prevalent in times of economic turmoil.”

According to Mufson and Clark County records, the property sold for $350 million.

‘I built everything that’s sitting there’

As recently as July, Marriott’s website said the resort would open in October 2023. But in October, the hotel chain confirmed that it had “recently reached an amicable settlement with the hotel’s owner that has resulted in Marriott exiting the project.”

Soffer told the Review-Journal that he has a “great” relationship with Marriott — his portfolio includes a JW Marriott resort in Aventura that boasts two golf courses and a water park — but that its deal on the Las Vegas Strip was with the former owner.

Instead, Soffer wanted the Fontainebleau brand for the project.

“We were not at odds; we just sat down, worked it out,” he said.

Soffer, who unveiled the property’s name and expected opening in November, said he’s been told that more than 3,000 construction workers will be on-site daily by the end of March.

All told, he said the deal to reacquire the Fontainebleau made “a lot of sense” and noted he “knew everything” about the property.

“Obviously, I’m very familiar with the asset. … I built everything that’s sitting there today,” he said.