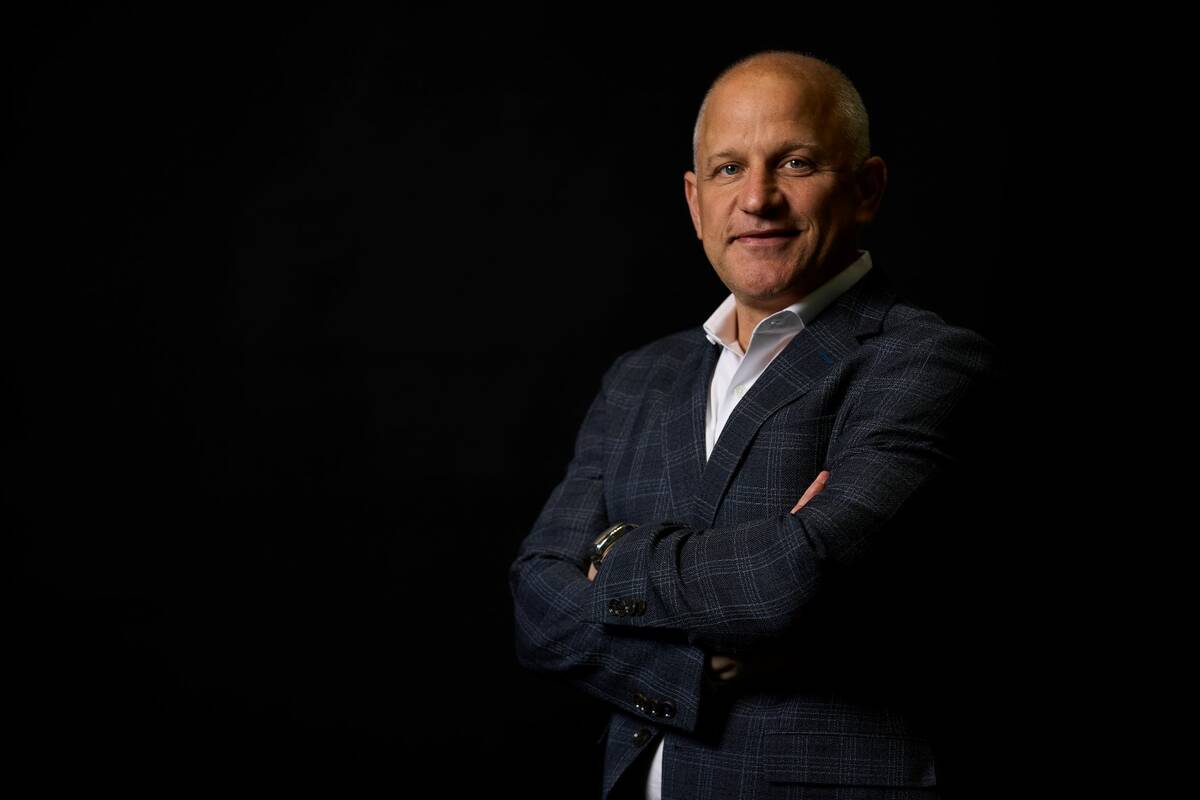 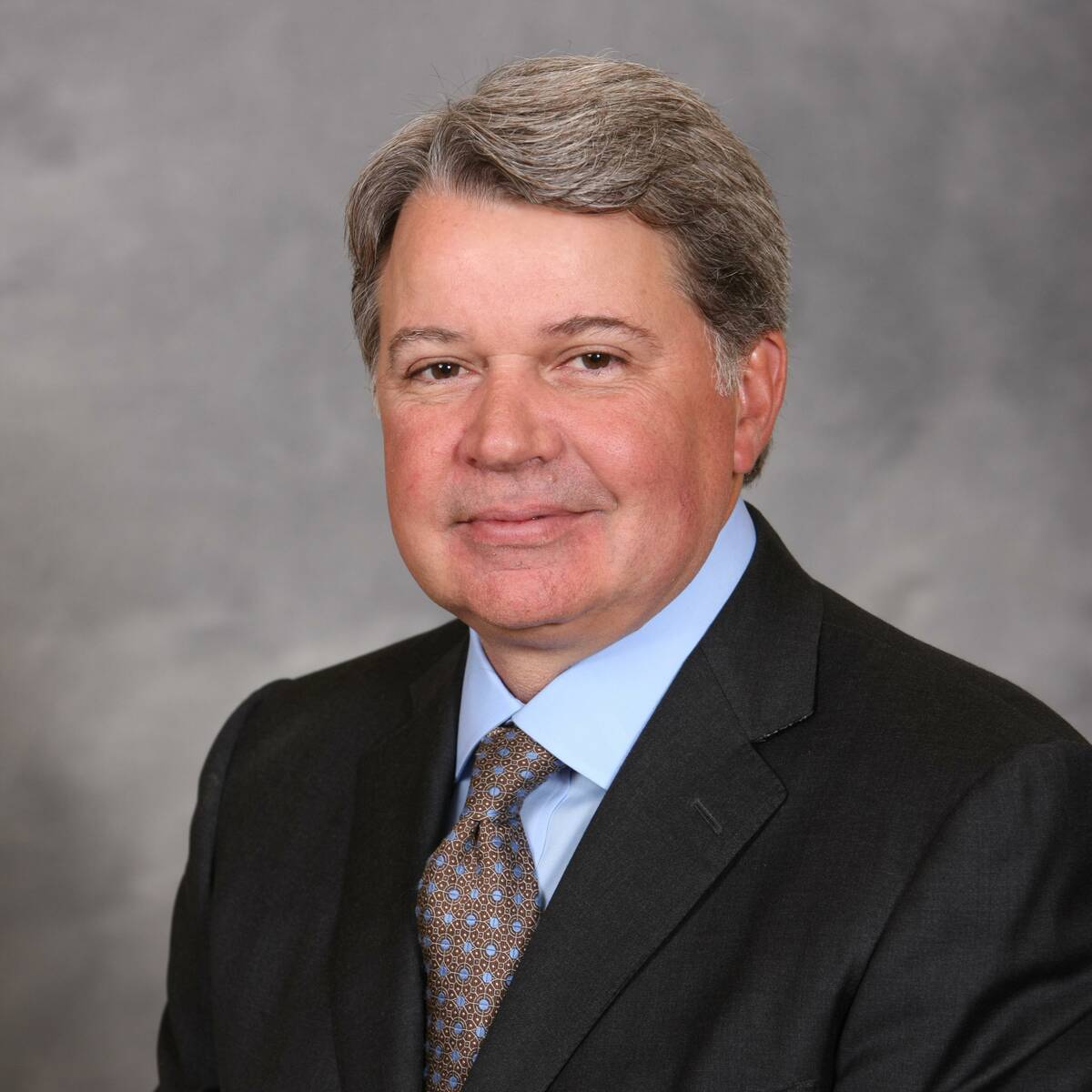 One of the co-CEOs of Vegas Golden Knights owner William Foley’s Foley Entertainment Group has left the company to oversee a new casino and arena project on Las Vegas Boulevard with the former president of the Las Vegas Raiders.

Randy Morton, who joined Foley nearly a year ago and previously spent 20 years as Bellagio executive, is now president of OVG Las Vegas Hotel & Casino with Oak View Group, which plans to build a $3 billion entertainment complex around a $1 billion, 20,000-seat arena at Las Vegas Boulevard and Blue Diamond Road.

He joins Marc Badain, one of the Raiders executives responsible for relocating the team from Oakland and a key figure in building $2 billion Allegiant Stadium where the Raiders play.

Badain had earlier agreed to be a consultant to the project but has since been named president of OVG Las Vegas Sports & Entertainment.

The Oak View project was announced in late March and is expected to be completed no later than 2026.

Oak View on Tuesday announced teaming Morton and Badain along with former Wynn Macau Senior Vice President of Finance Patrick Crockett, who will serve as the project’s financial consultant.

“I’m thrilled to join the team at Oak View Group and work alongside Marc,” said Morton. “As soon as (Oak View Group CEO) Tim (Leiweke) shared his vision for the Las Vegas luxury boutique hotel and casino with me, not only did I know it was going to be big, but I knew I wanted to be involved.”

Morton will be able to tap his experience as Bellagio president and chief operating officer. He joined what was then known as MGM Mirage in 2000 as vice president of hotel operations for Bellagio, where he led the property to receive the AAA Five Diamond Award from 2002 to the present.

Under his direction, Bellagio became the first Las Vegas casino-hotel and the largest hotel ever to receive the award.

Prior to Bellagio, as president of Monte Carlo Resort, now Park MGM, Morton successfully managed several enhancements to the property. He began his career with Four Seasons Hotels & Resorts where he held executive positions at several properties across the continental United States, Hawaii and Canada. A trustee of the Vegas Golden Knights Alumni Association working alongside organization President Deryk Engelland. Morton is a graduate of George Brown College in Toronto, Ontario.

“Adding Randy to the team continues to show the commitment that (Leiweke) and Oak View Group have made to this transformative project,” Badain said.

Badain joins the company from the Raiders where he oversaw the club’s business operations including its relocation from Oakland to Las Vegas.

A native of Rochester, New York, Badain earned his bachelor’s degree in economics from Emory University and received his MBA from the University of California’s Walter A. Haas School of Business in 2001. Badain is a member of the board of directors of the Biletnikoff Foundation, the University of Nevada Sports Management Executive Board, the Las Vegas Bowl Committee, Gridiron Greats and Opportunity Village.

Before joining OVG, Crockett most recently served as senior vice president of finance at the Wynn Macau resort in China, where he worked since 2013. Prior to that, Crockett worked in various finance leadership roles with MGM Mirage at CityCenter, Bellagio and The Mirage. Crockett holds two bachelor’s degrees in corporate finance and accounting from UNLV.

“Our Las Vegas project represents a critical first step for OVG in seamlessly integrating the greatest in new and innovative hotel and casino offerings with the best in arena development and live entertainment,” Tim Leiweke said. “This unprecedented project is an industry game-changer, but to do it right, that means putting the best team in place.”

Added Francesca Bodie, president of business development for the Oak View Group: “Marc, Randy, and Patrick’s leadership, robust experience, and proven track records will be instrumental in helping bring our vision to life. Each understands what it takes to develop, build and open a world-class entertainment destination and we couldn’t be more delighted to welcome them aboard.”

The three appointments come on the heels of OVG’s recent opening of Moody Center, its $375 million, 15,000-seat venue at the University of Texas in Austin; the launch of its newest division, OVG Canada; and the groundbreaking of the city-owned Baltimore Arena, a $200 million privately funded, 12-month redevelopment project of the 60-year-old arena, formerly known as the Baltimore Civic Center and Royal Farms Arena.

But the OVG project in Las Vegas is the company’s biggest investment yet.

The departure of Morton, who was co-CEO with Kerry Bubolz at Foley Entertainment Group, was bittersweet for the Golden Knights owner.

“Randy has been instrumental in the early-stage success of Foley Entertainment Group and has positioned us extremely well for future growth and expansion,” Foley said in an emailed statement. “We wish him nothing but the best moving forward as he pursues this truly unique opportunity.”

Morton’s move is resulting in a shuffle among Foley executives, according to a memorandum he shared with employees earlier this month.

“As we transition with Randy’s departure, Warren Nocon (managing director of Hotel Californian in Santa Barbara) will assume a larger role in our hospitality operations and acquisition explorations while Eric Tosi will be taking on more of Randy’s responsibilities in the overall day-to-day FEG operations,” Foley said. “Heather Clayton will be elevated to chief financial officer of all of FEG including VGK (Vegas Golden Knights).”

Oak View Group, a sports entertainment venue development, advisory and investment firm, plans to break ground next year on the project, slated to be built on 25 acres. Executives expect it to take 30 months to complete.

The land is part of 66 acres purchased in February by Blue Diamond Acquisition RE 2022 LLC for almost $99 million, according to Clark County records. Oak View Group is not in control of the other 41 acres.

In addition to the arena and entertainment district, the project plans include a hotel, casino, an amphitheater and a convention facility. Morton said he expected the arena would also host conventions. Oak View Group would be responsible for operating the arena and it would bring in a gaming partner to operate the planned hotel-casino.

“South of the Las Vegas Strip represents one of the few areas of potential future growth of the gaming and entertainment corridor,” Leiweke said at the time of the March announcement. “This unprecedented project is an industry game-changer, and we will usher in the evolution of Las Vegas as the new entertainment and sports capital of the world.”

The site of the planned arena project is adjacent to the planned train station for Brightline’s high-speed rail that would eventually link Las Vegas and Southern California. A group led by billionaire Wes Edens, co-CEO of Fortress Investment Group, which owns Brightline, is also looking at possibly building a Major League Soccer stadium on vacant land adjacent to the proposed train station.

“If those two projects happen, I think it’s phenomenal,” Leiweke said at the time. “We’re excited because it really builds something dynamic as a live entertainment zone that is connected directly to Southern California. Just a huge boon for not only Las Vegas and Nevada, obviously for our campus as well.”