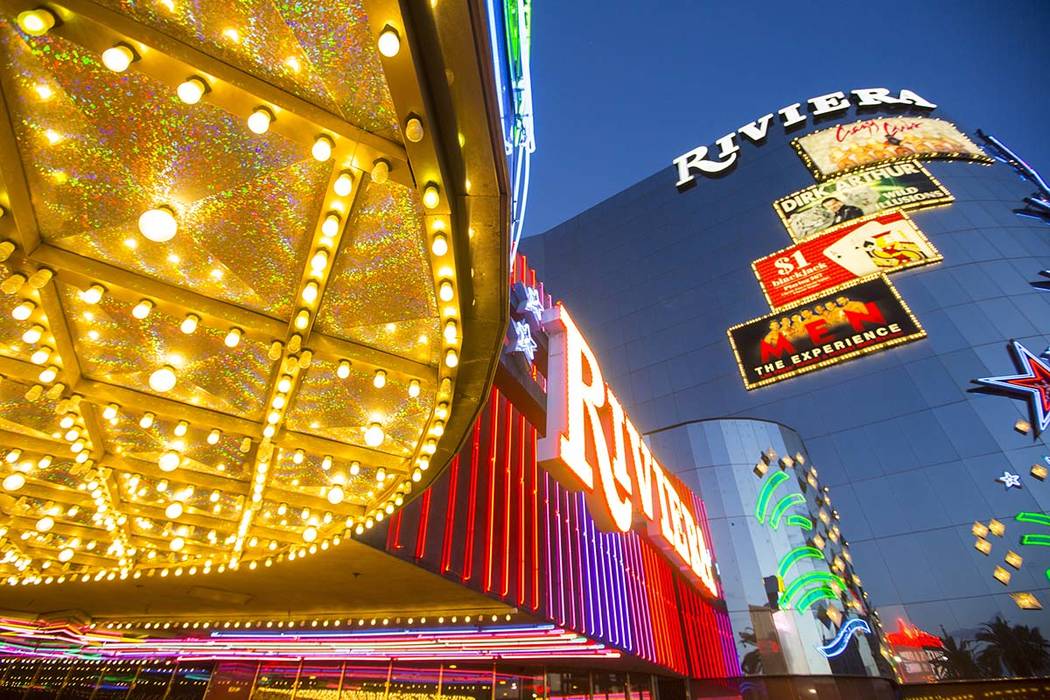 Las Vegas’ tourism agency has put a chunk of the former Riviera site up for sale.

No asking price was given for the parcel, at the southeast corner of Las Vegas and Elvis Presley boulevards on the north Strip, but the agency’s chief executive has said that it may be the most valuable government-owned property ever sold.

The sales effort comes as this long-sleepy stretch of Las Vegas’ famed casino corridor is viewed with high hopes for a turnaround in coming years with the expected openings of two megaresorts — Resorts World Las Vegas and The Drew — and an expanded Las Vegas Convention Center nearby.

But sales of vacant land on the Strip have been sluggish for years, and values are nowhere near what sellers fetched before the economy crashed.

Michael Parks of CBRE, one of the listing brokers, said the property would be shopped around to developers and will be the Strip’s “gateway” to a bigger convention center.

He said the parcel was originally slated to be used for outdoor exhibit space. But the LVCVA acquired additional property last year along Convention Center Drive that is closer to the convention center and, according to Parks, will be used for open-air exhibit space instead.

The listing is not a surprise.

Last month, Hill told a breakfast meeting of NAIOP, a commercial real estate association, that the LVCVA would look to sell about 10 acres of the former Riviera site along Las Vegas Boulevard.

In an interview that day with the Las Vegas Review-Journal, he did not offer an estimate on how much the north Strip parcel could be worth, and he said agency officials were just starting to think about how to shop it around.

But he thought it would fetch a high price.

“It may be the most valuable piece of property that a government agency has ever sold,” Hill said at the time.

The LVCVA, under then-chief Rossi Ralenkotter, bought the Riviera in 2015 for $182.5 million. It acquired the 26-acre site for convention center expansion space and imploded the resort.