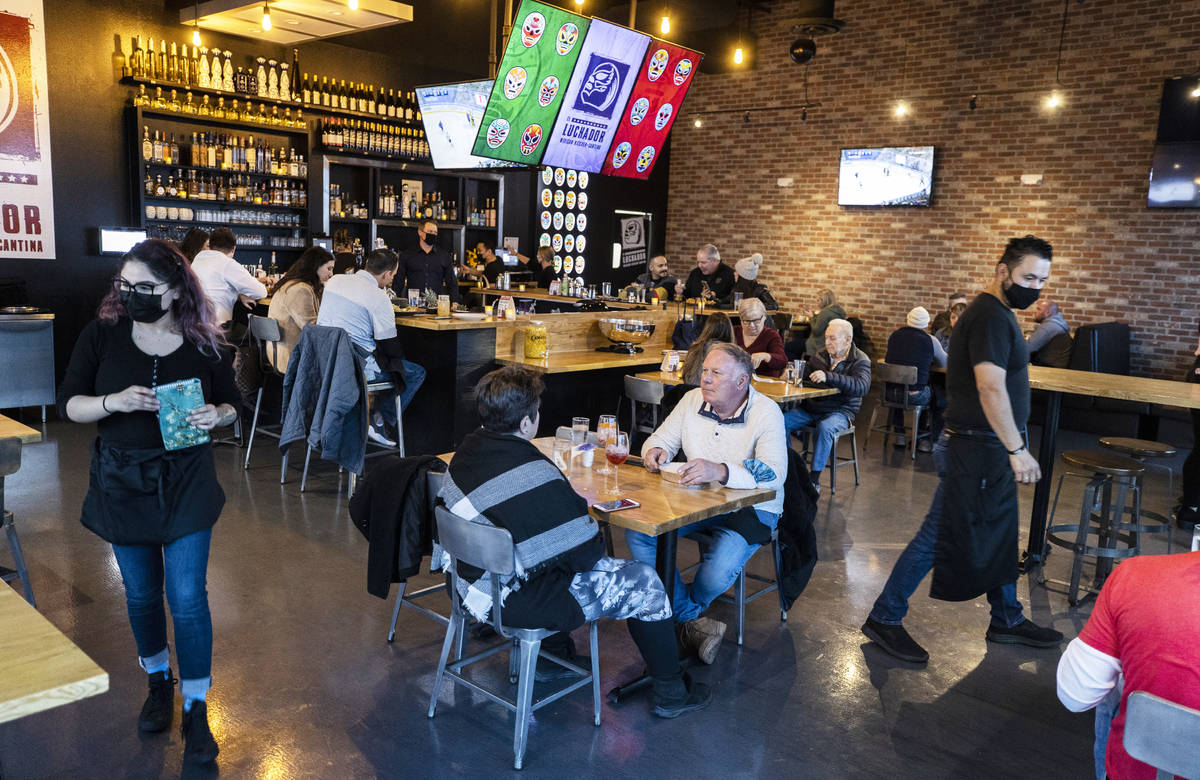 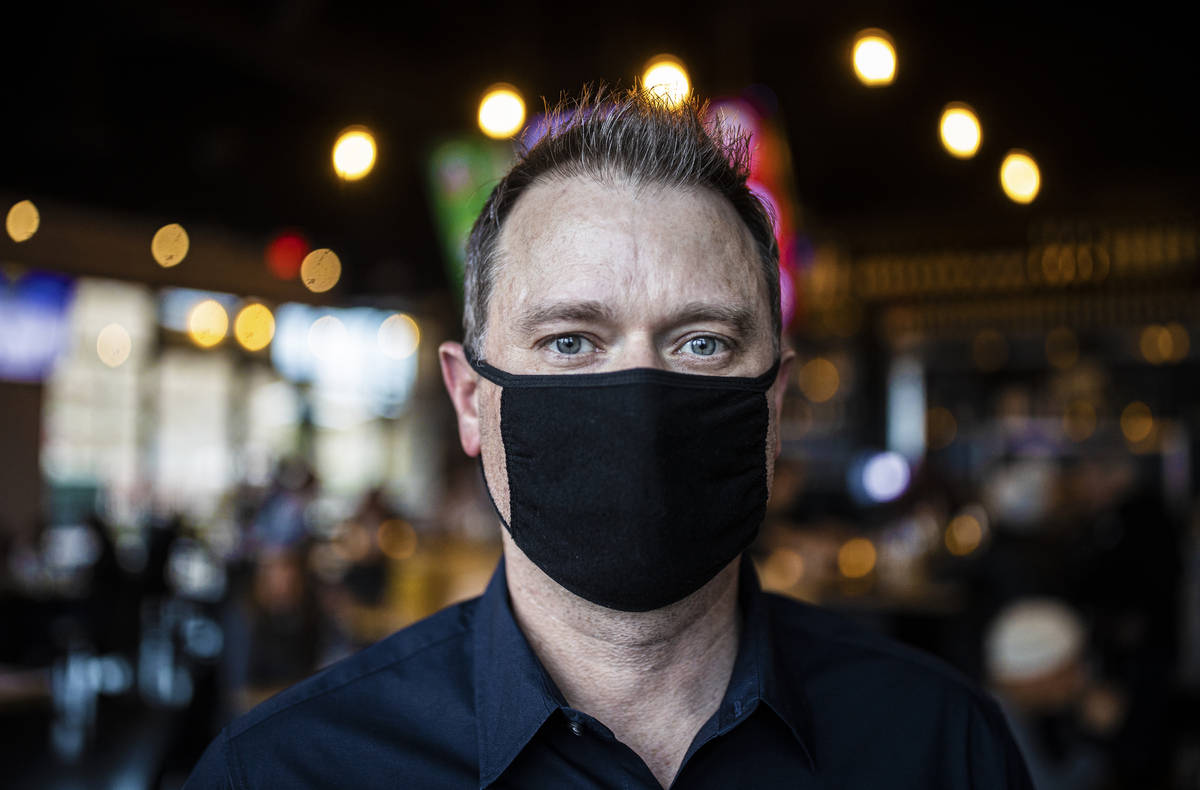 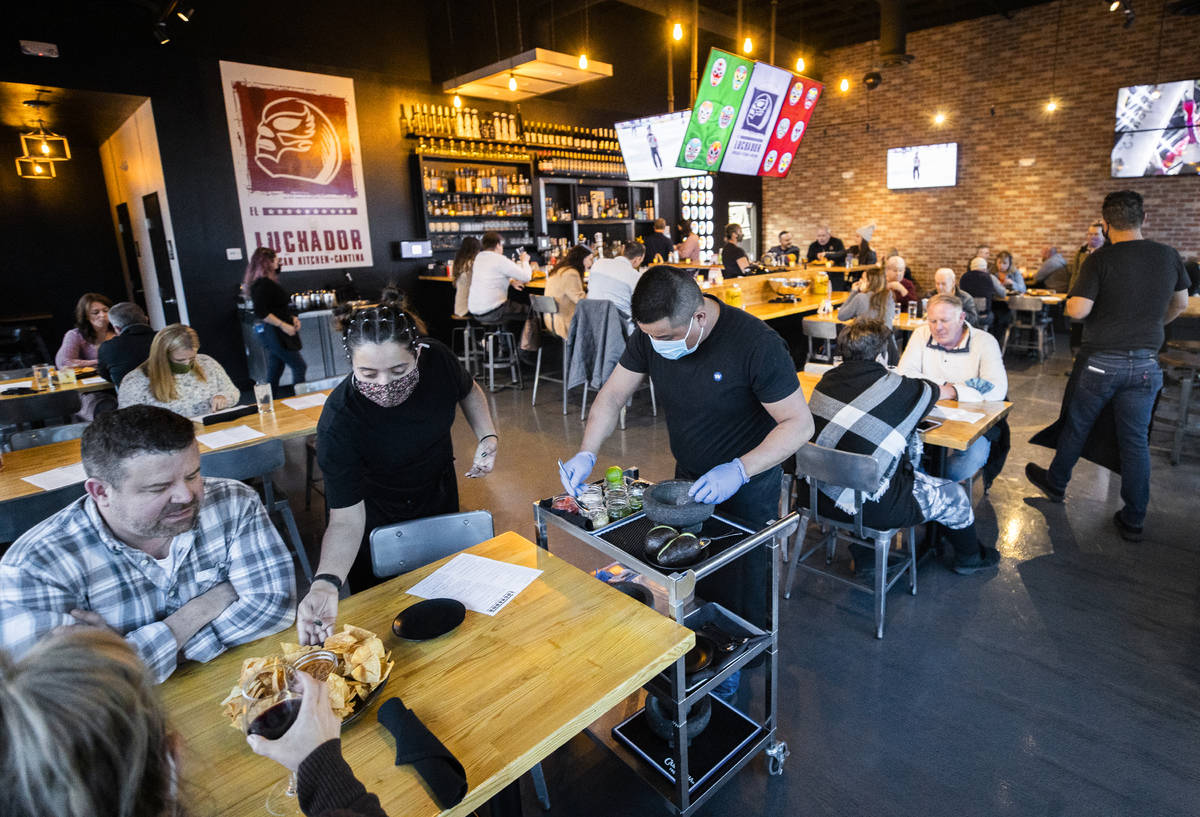 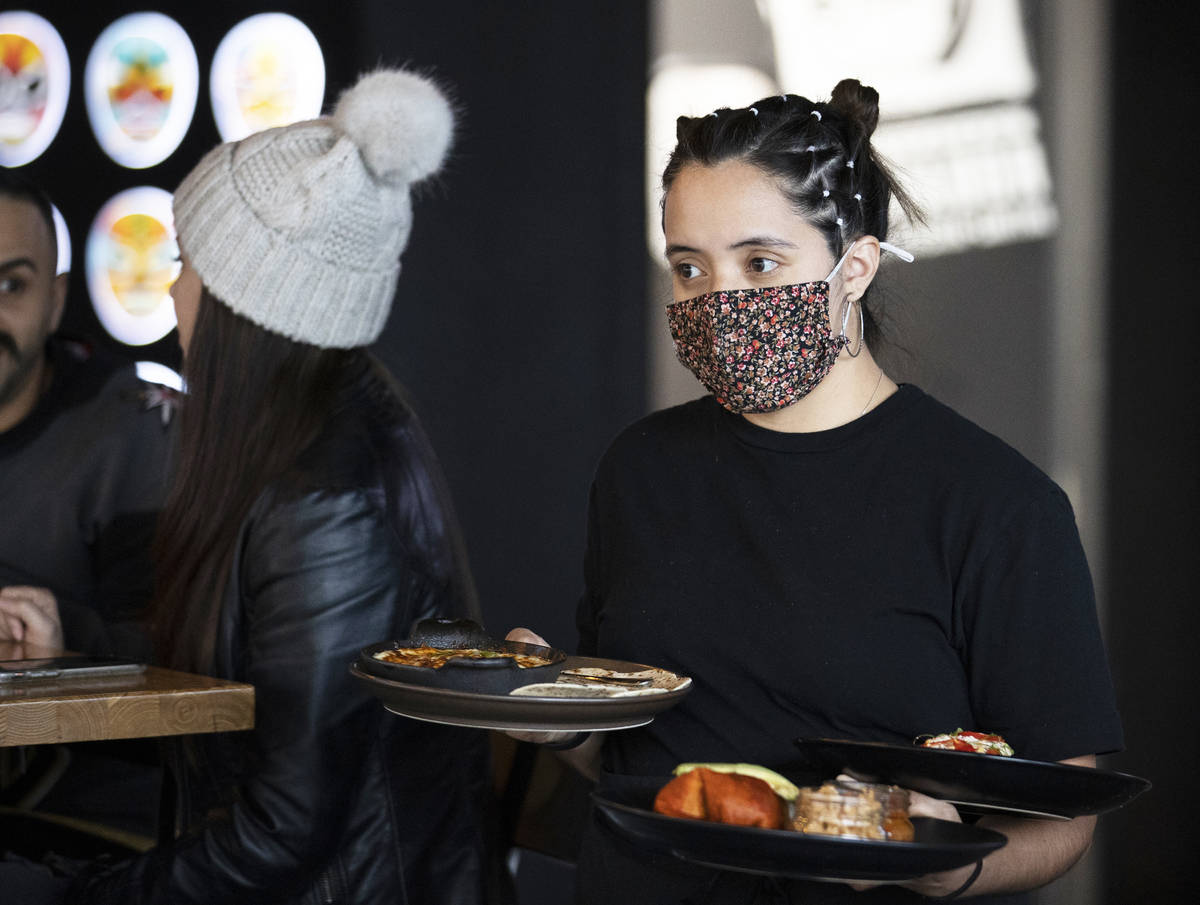 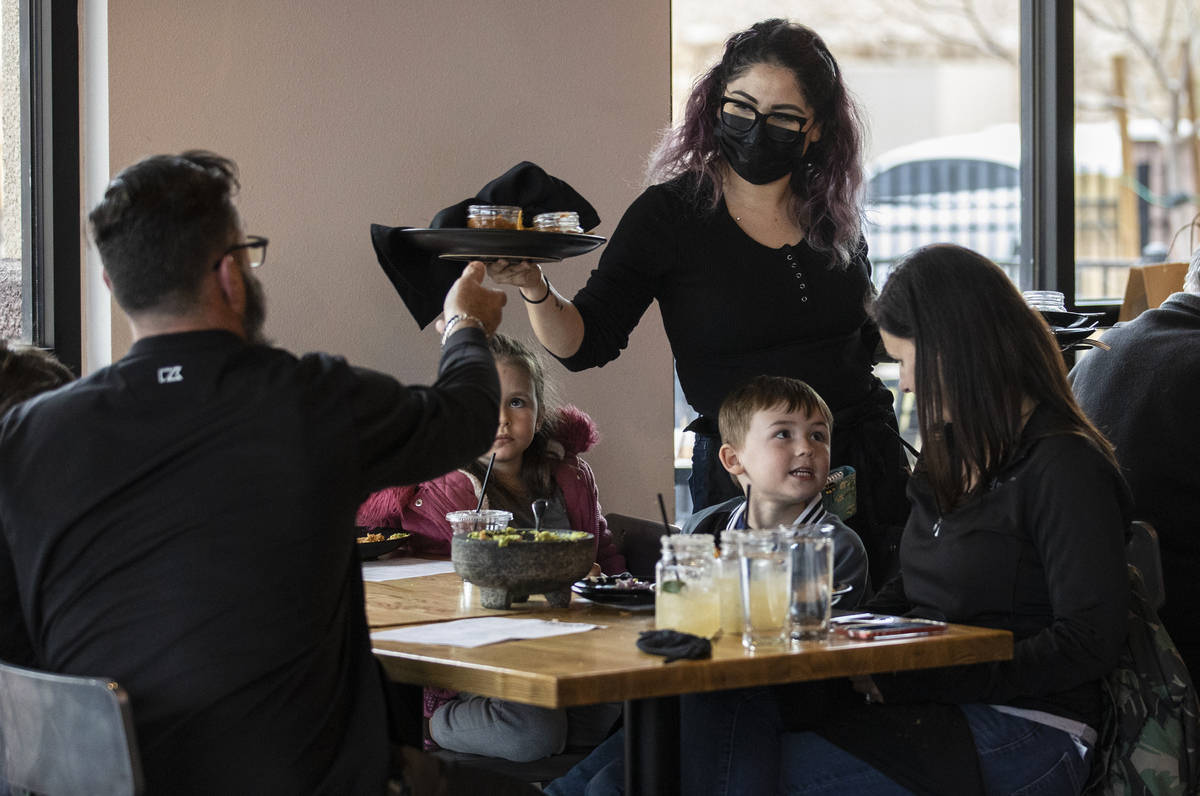 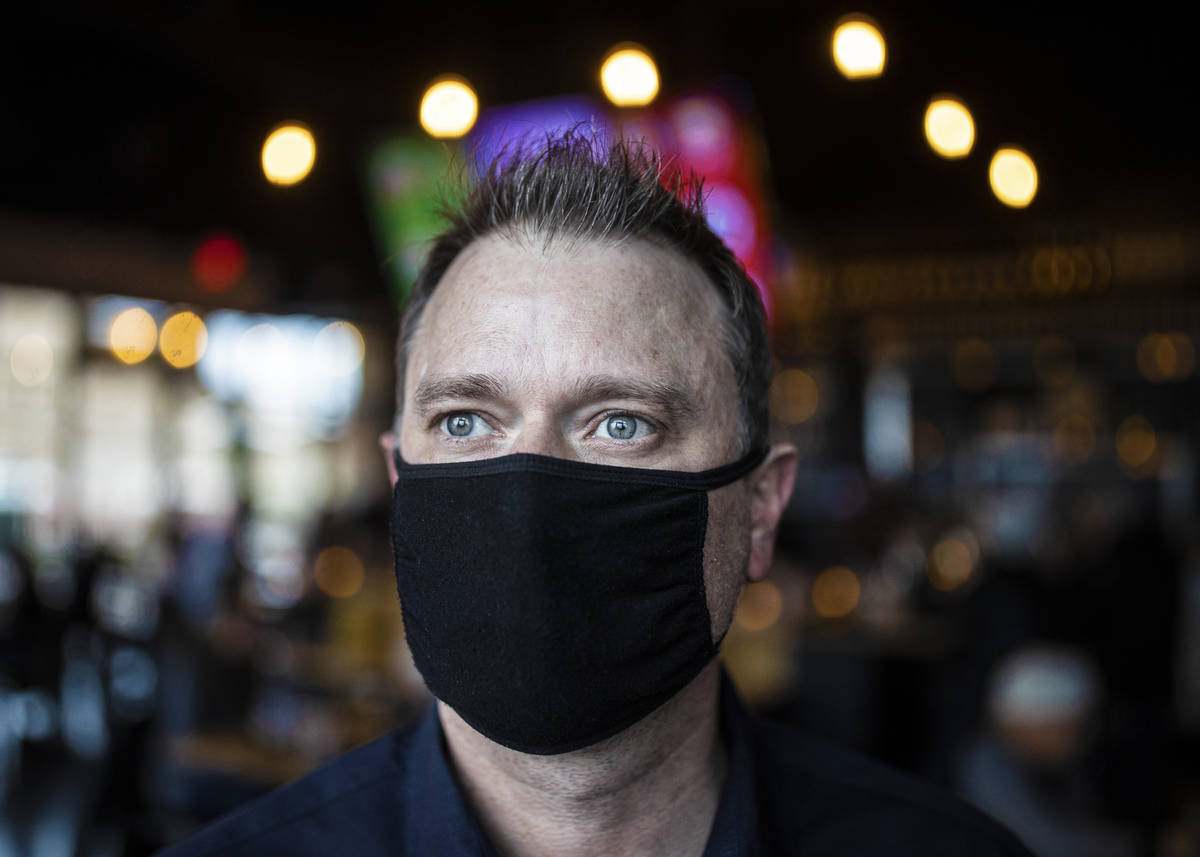 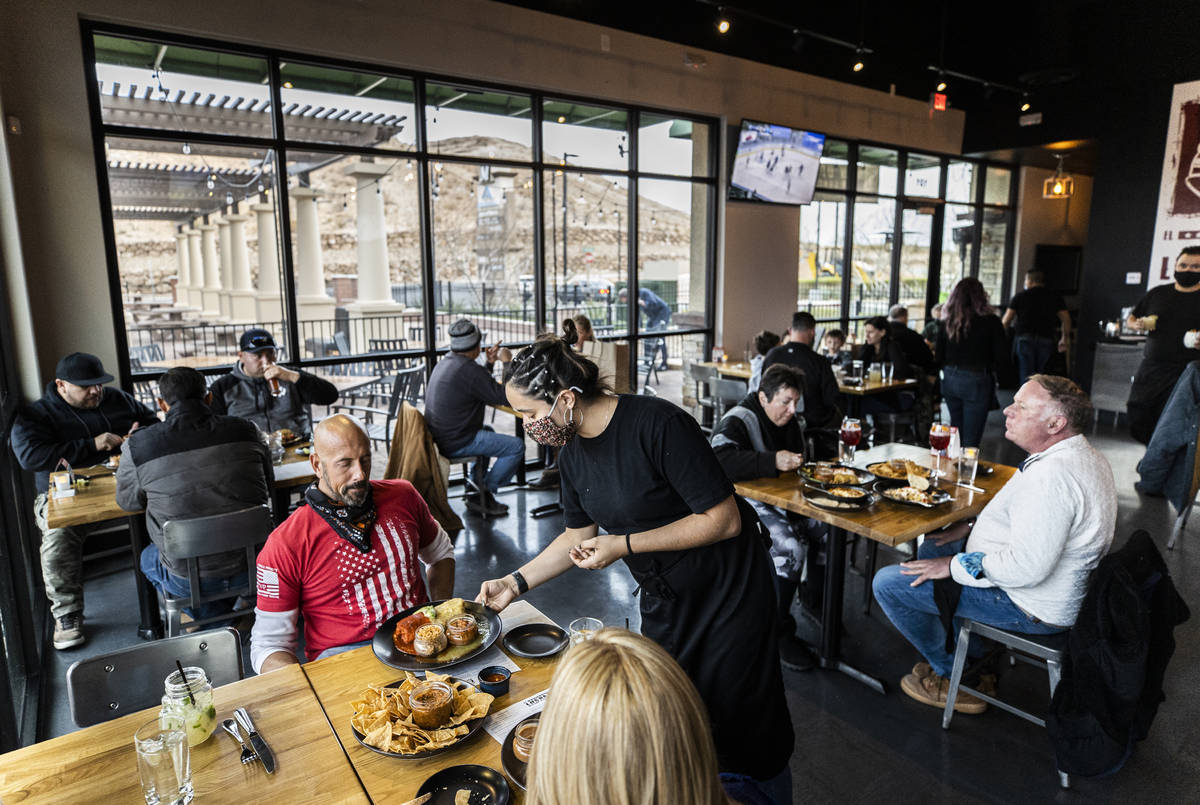 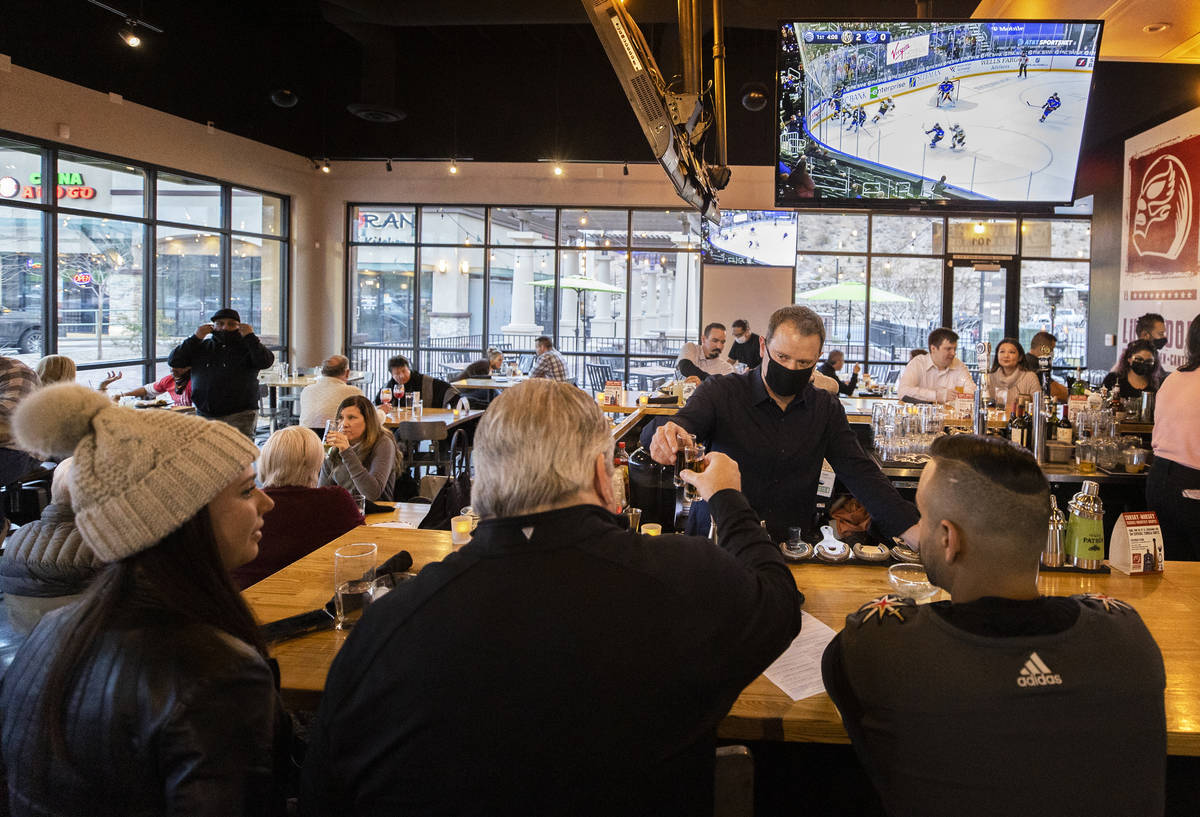 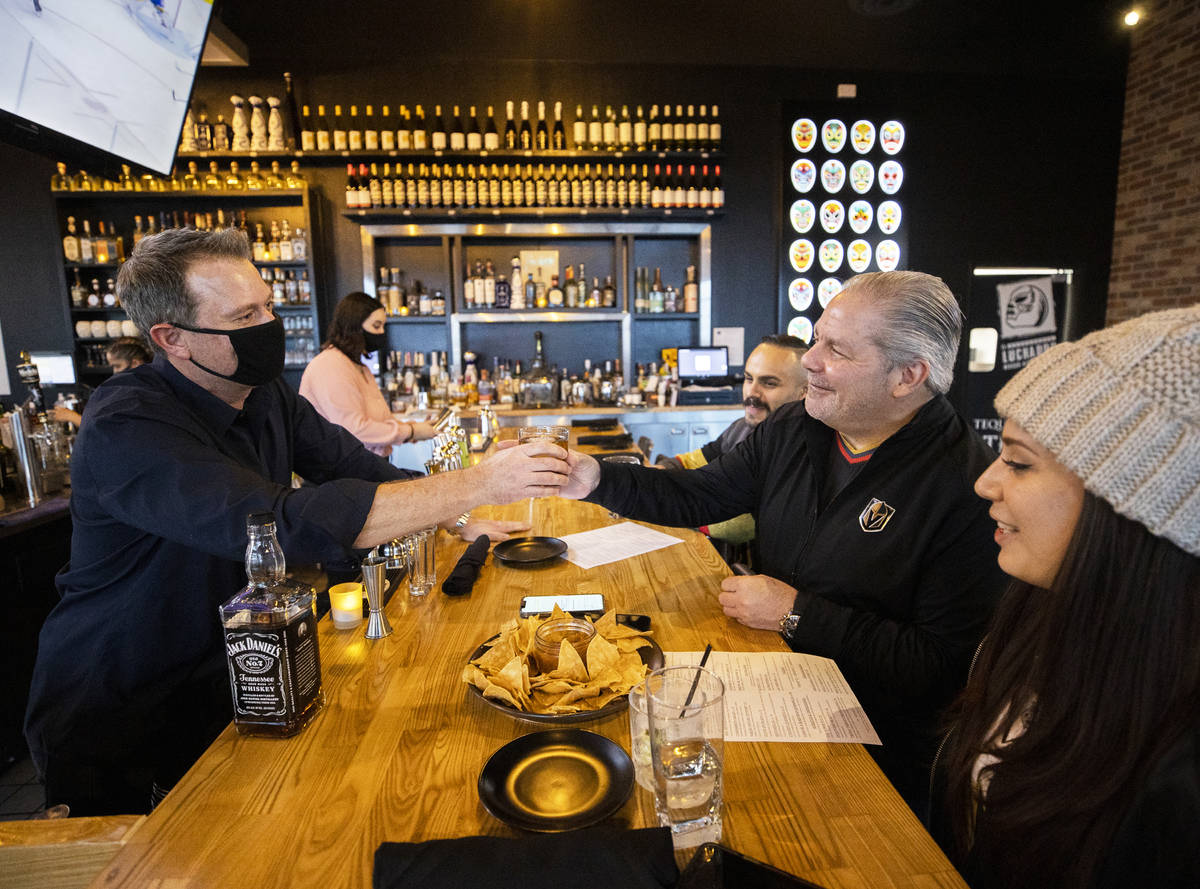 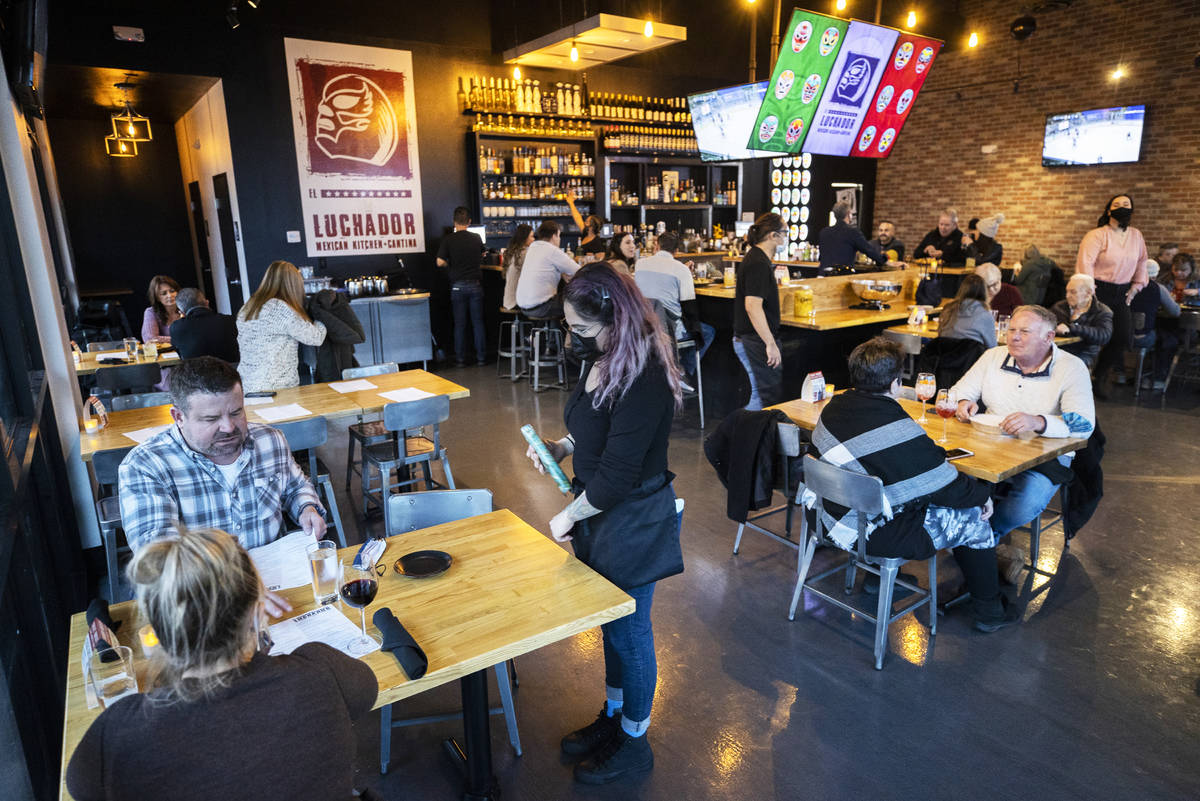 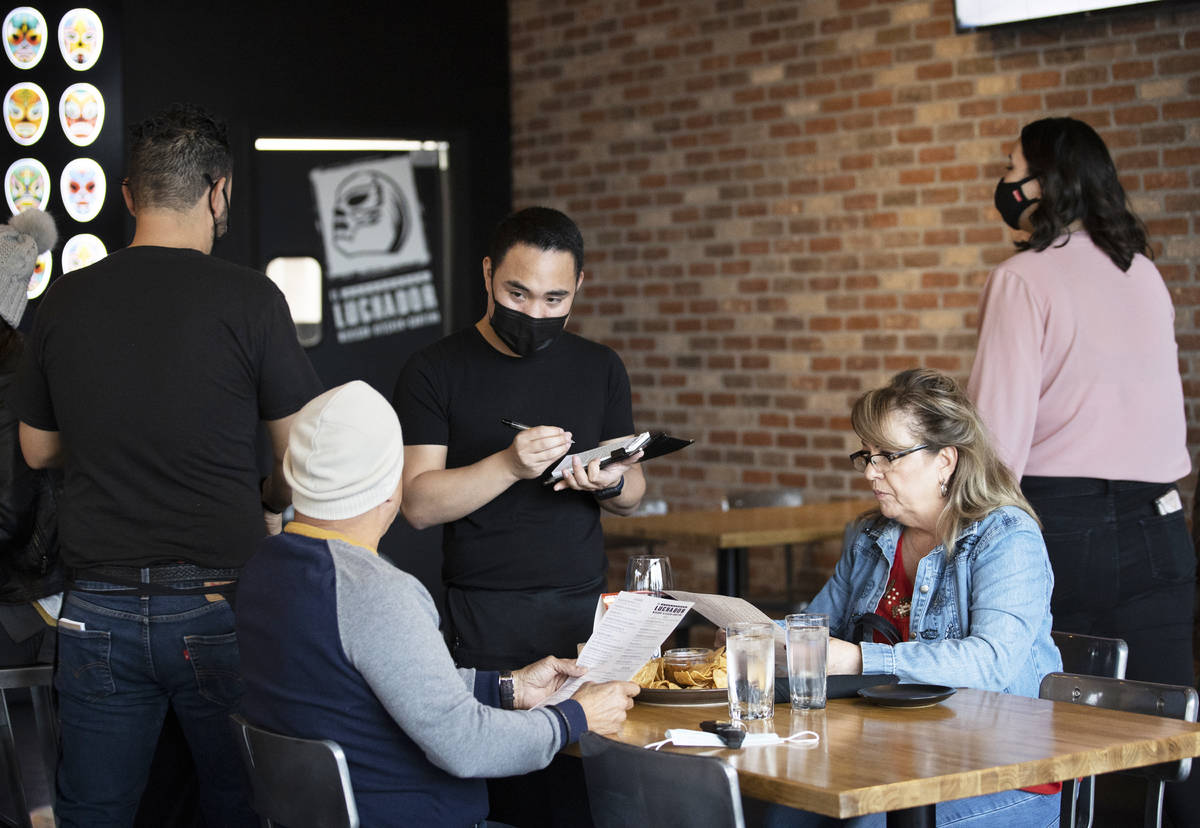 Casinos and restaurants will see their capacities bumped up to 50 percent of their occupancy levels on Monday, while another development could provide additional help: Customers may have more money in their pockets when they arrive.

A month ago, Gov. Steve Sisolak allowed capacity at businesses to increase from 25 percent of their buildings’ fire-code limits to 35 percent on March 1 and said that, barring any setbacks, it could rise to 50 percent effective March 15.

By happenstance, Congress narrowly approved and President Joe Biden signed into law a nearly $2 trillion stimulus package that will put an additional $1,400 in many Americans’ pockets in time for the higher capacity. Federal leaders said they expected the first stimulus checks would land in bank accounts over this past weekend.

That means restaurants, retailers and casinos could see more spending flowing through their cash registers when capacity broadens. It could also mean more visitors coming in from out of state and offer hope that things are going to get better for both consumers and business operators.

“The continued increase in capacity continues to show that Las Vegas is beginning to reopen,” said Brendan Bussmann, director of government affairs for Global Market Advisors. “It is a welcome number that has not been seen since last fall when capacity was cut by 50 percent by the governor. The hope is that this trend continues by reopening the economy and should so that we can continue the recovery that was started last June.”

Restaurant operators will likely be positively affected the most.

Andy Hooper, owner of Locale Italian Kitchen and El Luchador Mexican Kitchen + Cantina in Mountain’s Edge, expects the boost to business to come more from the messaging than any increase in capacity.

“It won’t affect us as a whole for getting more people into the restaurant because of the distance rules,” Hooper says. “But it is a psychological thing. I think that people will feel more relaxed. I think that the times that we do have available for guests to come in to dine are going to be extended.”

Hooper was referring to the 6-foot social distancing rules that will still be in place despite the rise in capacity.

Amy Vandermark, marketing manager for the Remedy’s Tavern and Distill Bar chains, says that she and her team are “so excited” about the increase in capacity, which she expects will mean more people in their 11 valley locations.

“In the past few months, as capacity has gone from 25 percent to 35 percent, we did hit capacity, and we did have to tell (some) guests that we weren’t going to be able to welcome them in the building just yet. We did have wait lists.”

Vandermark believes that the increase in business will be “an opportunity to welcome back some team members and hire new individuals from the community.”

“The No. 1 thing that 50 percent does for us is the mentality,” says Saunders. “When the governor raised the capacity from 25 to 35 percent, we saw a huge increase in reservations. So I think what it does is it sends out a signal to the public that ‘Hey, it’s OK to start coming out to restaurants. So come on out and enjoy yourself, kind of like the old days.’ The second part for us is, yeah, 50 percent does mean a lot, because it gives us 15 percent more capacity.”

“Of course it’s awesome,” said Peggy Orth, general manager of the Peppermill on the Strip. “I want it to be 100 (percent), but it’s a huge, huge help. We’re getting a lot of people back full time. We’ve been really fortunate because the company has been taking care of insurance needs when we weren’t up to hours. And now we can take walk-ins and not just reservations; that’s a huge help.”

Elizabeth Blau, whose restaurants include Honey Salt in Summerlin and Buddy V’s Ristorante at the Grand Canal Shoppes on the Strip, had expressed displeasure a few weeks ago when capacity limits were moved to 35 percent.

“I will not criticize 50; that’s what we should have gone to last time,” she said Thursday. She noted that some states were raising capacity limits to 100 percent, but requiring 6 feet of social distancing.

“Here’s the thing,” Blau said. “You can’t have 100 percent at 6 feet unless your restaurant is on a football field. Fifty percent is fine. We want to keep our 6-foot spacing. I think that people are still dipping a toe back into indoor dining, especially at Buddy V’s, where they’re coming from all over the country.”

Nehme Abouzeid, president and founder of LaunchVegas LLC, said the new capacity level “won’t have earth-shattering effects on hotel and casino because few were hitting their limits there.

“But increasing capacity for retail, dining, entertainment and events is critical to Vegas getting its groove back,” he said. “A vacation is not a Vegas vacation until it includes all of the things that we excel at, like headliner shows, luxury shopping, and over-the-top gourmet dinners.”

Abouzeid said restaurateurs will still have to play musical chairs for a while, but with positivity rates trending downward and more vaccines becoming available, especially for hospitality workers, people won’t have to feel as though they are putting their lives on the line for their livelihoods.

“That welcoming spirit that resides in Las Vegas will come roaring back,” he said.

Casino capacity is a little different.

While representatives of casino companies declined to comment, analysts and observers who follow the industry carefully say consumer confidence may be the biggest beneficiary in the capacity increase.

“I think the increased capacity will help both consumer confidence and the bottom line,” said UNLV Assistant Professor of Hospitality Amanda Belarmino. “Guests will feel more comfortable and confident; therefore, they will be more likely to travel. The ability to have more guests on the floor at any one time should also help increase revenue by having more machines and tables open.

“Finally, I think the casinos will have a modified version of the procedures they have in place (such as having slot machines shut down), but I think they will be largely similar to what they are doing now,” she said.

Abouzeid said increasing capacity drives more trips to Southern Nevada and raises revenue overall because word will get out that vacations aren’t being ruined by closed amenities or places the public couldn’t get into. He said it’s important both in a practical sense and for optics.

“And procedurally, the casino industry has already invested in the many safeguards to protect their businesses, so I expect them to roll out these new limits pretty easily,” he said.

Bussmann agreed that the combination of more people being vaccinated and health and safety procedures remaining in place will help bring more tourists to the city.

He said the key to recovery is fully opening up the destination — and the increased floor and restaurant capacity limits start that process.

“The key though will be the return of meetings and conventions and other amenities,” Bussmann said. “While other destinations have started to fill that void, the sooner the destination can get back to hosting these events, the better it will be for its long-term recovery.”