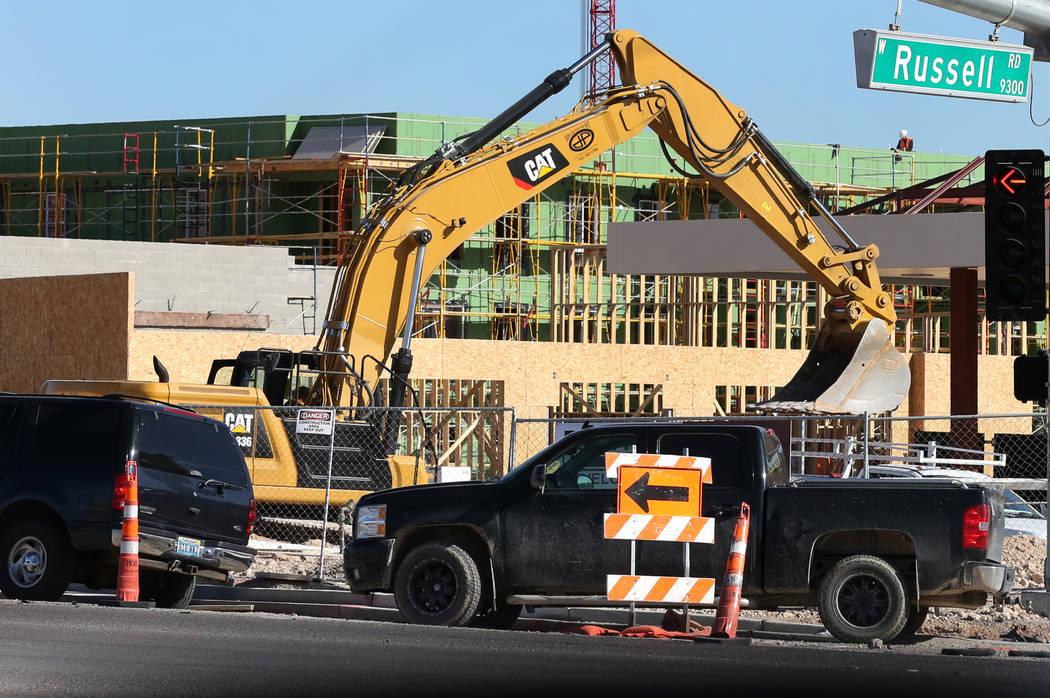 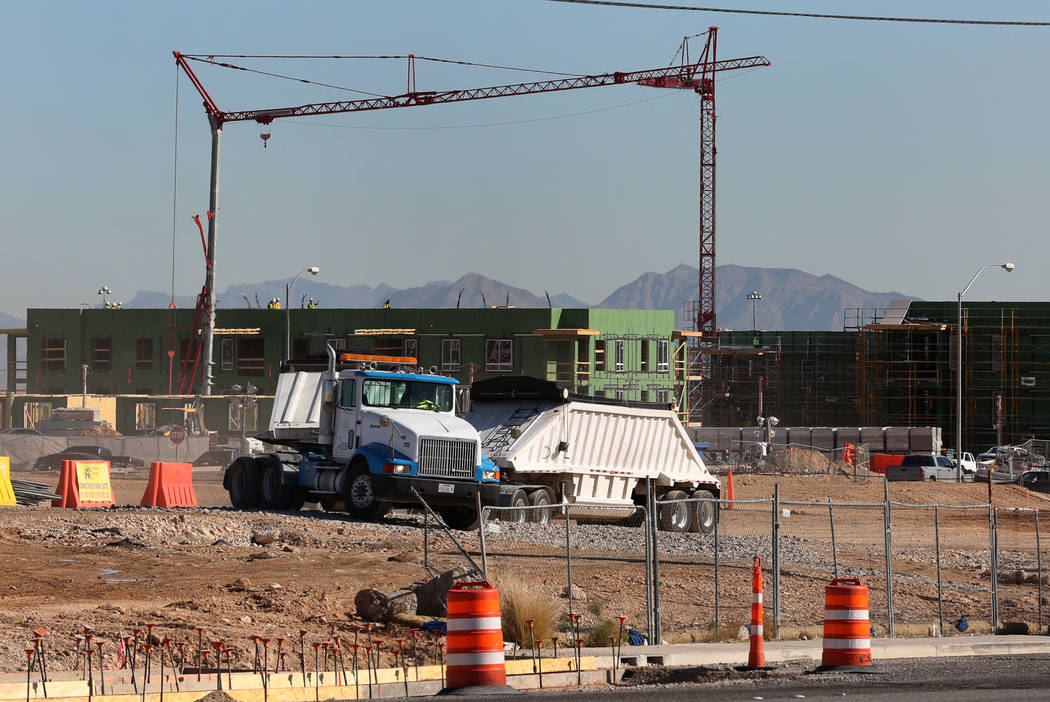 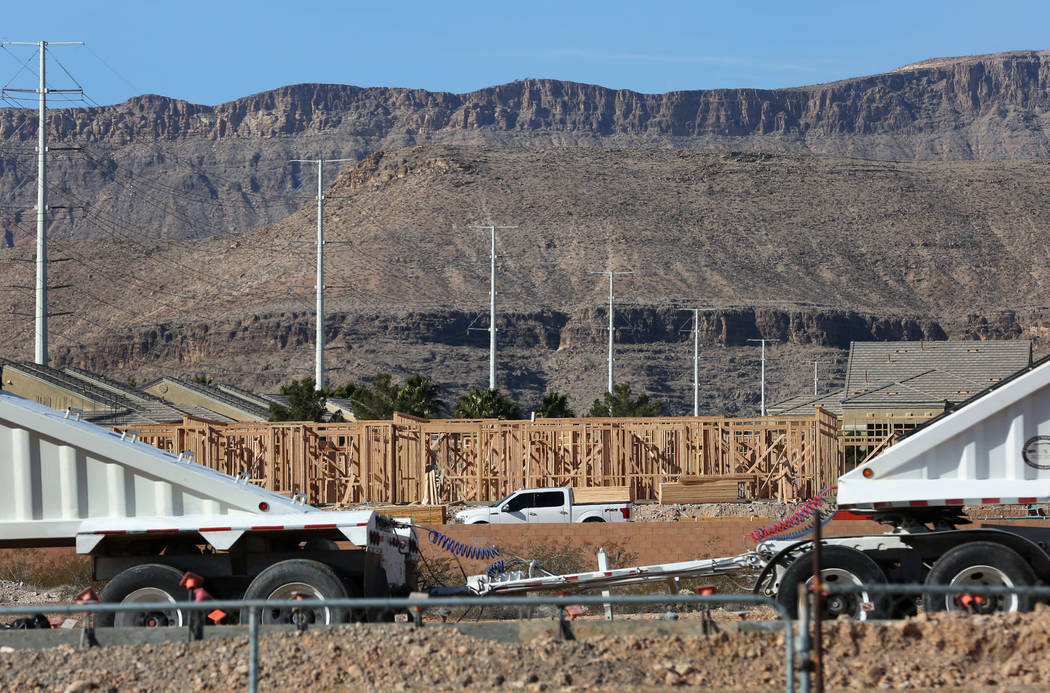 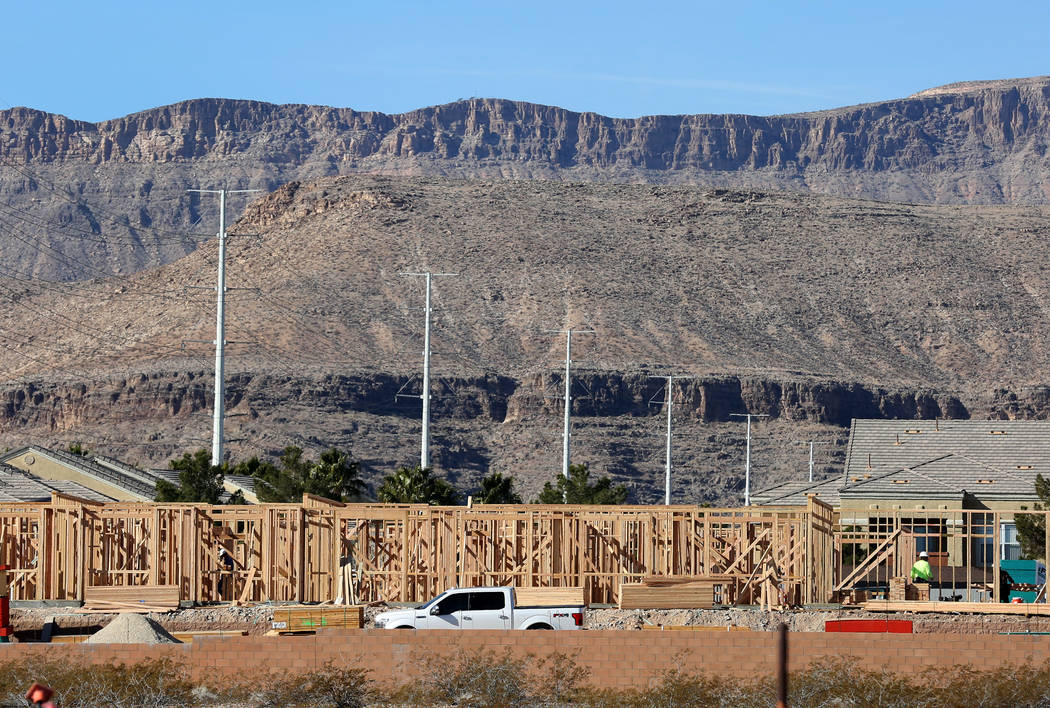 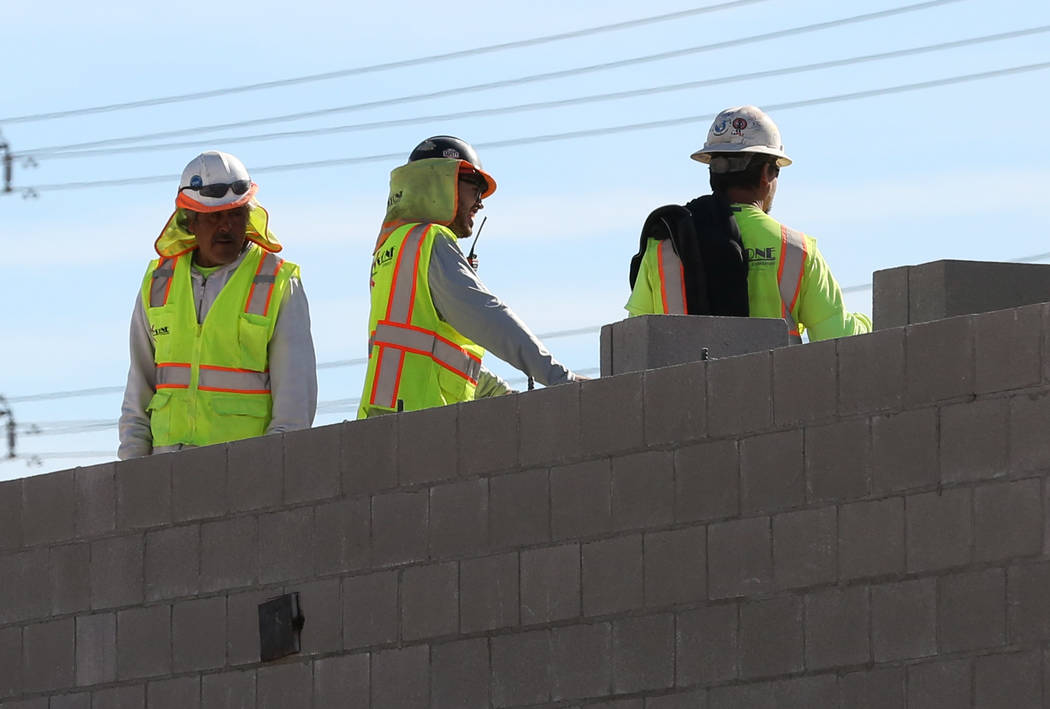 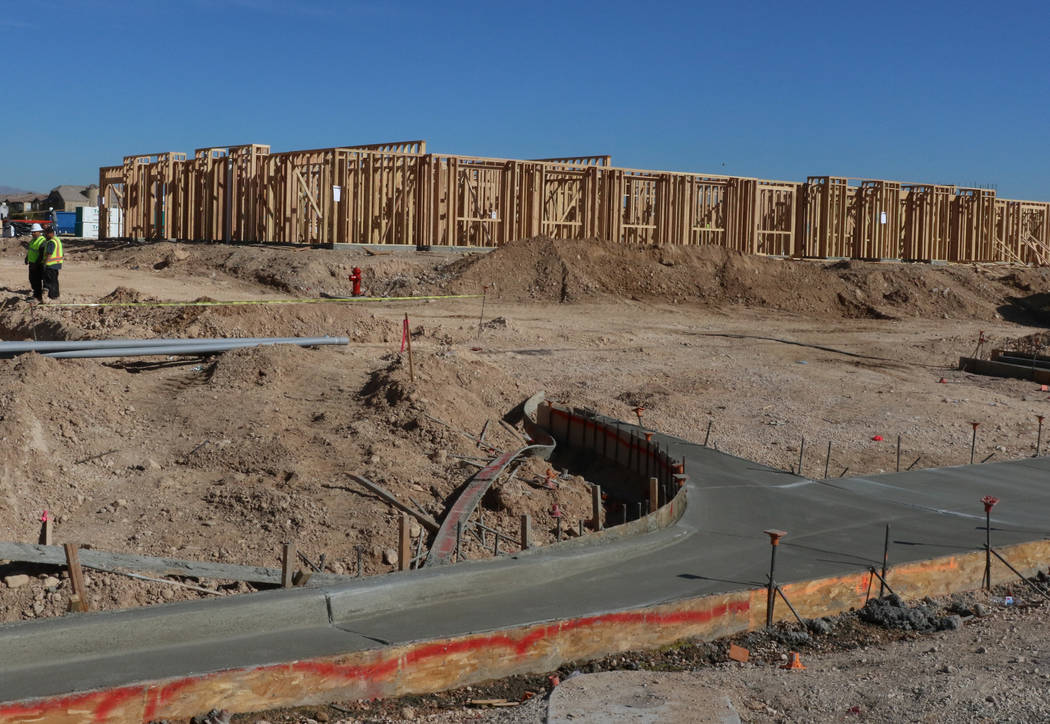 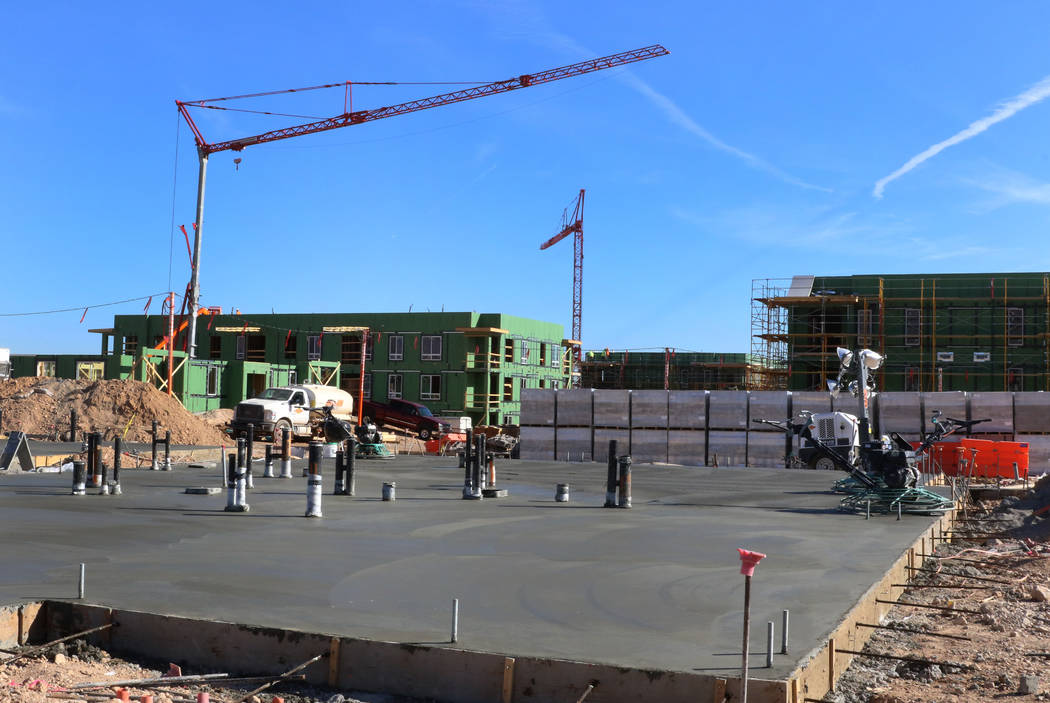 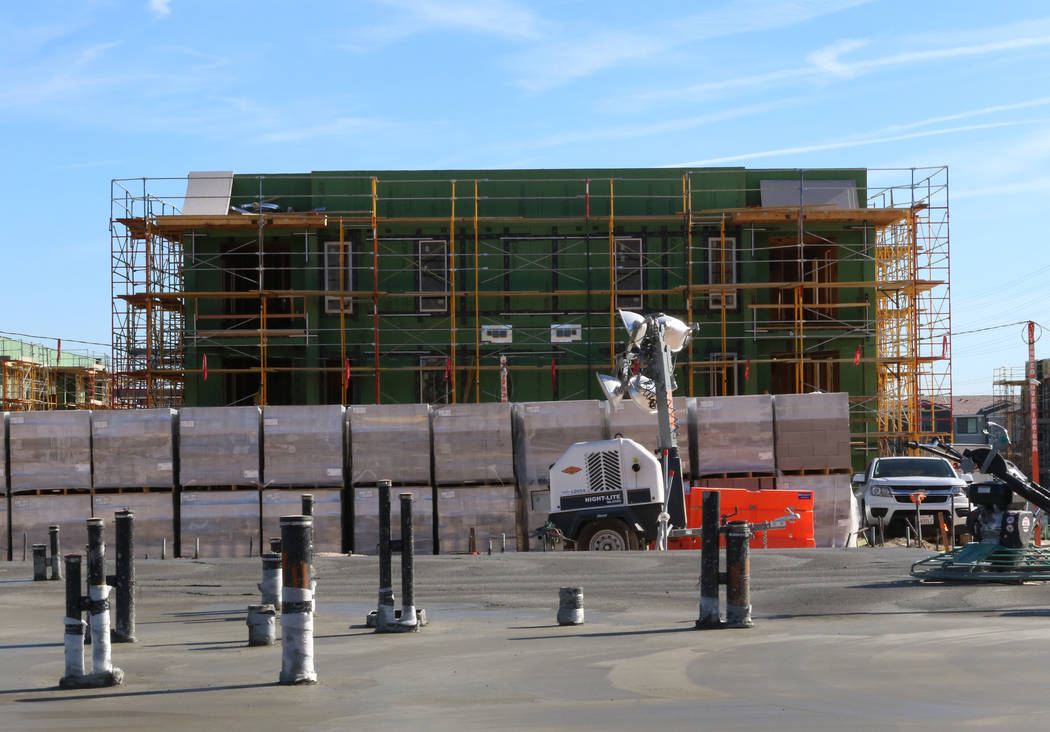 With builders putting up an NFL stadium, housing tracts and other projects in Las Vegas, local construction employment grew last year at more than double the national rate, a new report shows.

Some 67,900 people worked in the Las Vegas-area construction industry in December, up 8.8 percent from a year earlier, according to a report Tuesday from the Associated General Contractors of America.

Nationally, construction employment grew 4 percent over the past year, the AGC previously reported this month.

Las Vegas’ growth rate, when rounded up to 9 percent, was tied for 58th among the 358 metro areas listed, the association reported.

The trade group reports employment data from the federal Bureau of Labor Statistics, and the numbers are subject to being revised by the agency, AGC spokesman Brian Turmail said.

Contractors locally and nationally have been dealing with a labor shortage, and employment likely would have grown more if companies “had been able to find qualified workers,” AGC chief economist Ken Simonson said in a statement.

“As welcome as the job gains were, many firms would likely have added even more workers if labor market conditions were not so tight,” he said.

In Southern Nevada, construction employment has nearly doubled since the depths of the recession but remains far below the peaks of the mid-2000s bubble, when Las Vegas was awash in easy money and residential and commercial development went into hyper-drive.

Locally, around 112,000 people worked in construction in mid-2006. But after the economy crashed and the real estate market was all but wiped out, Las Vegas construction employment plunged to 34,800 by early 2012, according to AGC data.

Despite the labor shortage, construction is on the rebound. Southern Nevada homebuilders last year closed the most sales in more than a decade as buyers paid record prices — although sales totals remain a fraction of their pre-recession peak — and developers are putting up apartments, retail buildings and warehouses around the valley.

A handful of projects are also underway that will cost nearly $1 billion or more each, including Project Neon, the state’s highway widening project around the Spaghetti Bowl; the 65,000-seat Raiders football stadium; the 3,400-room Resorts World Las Vegas; and the Las Vegas Convention Center’s expansion and renovation.