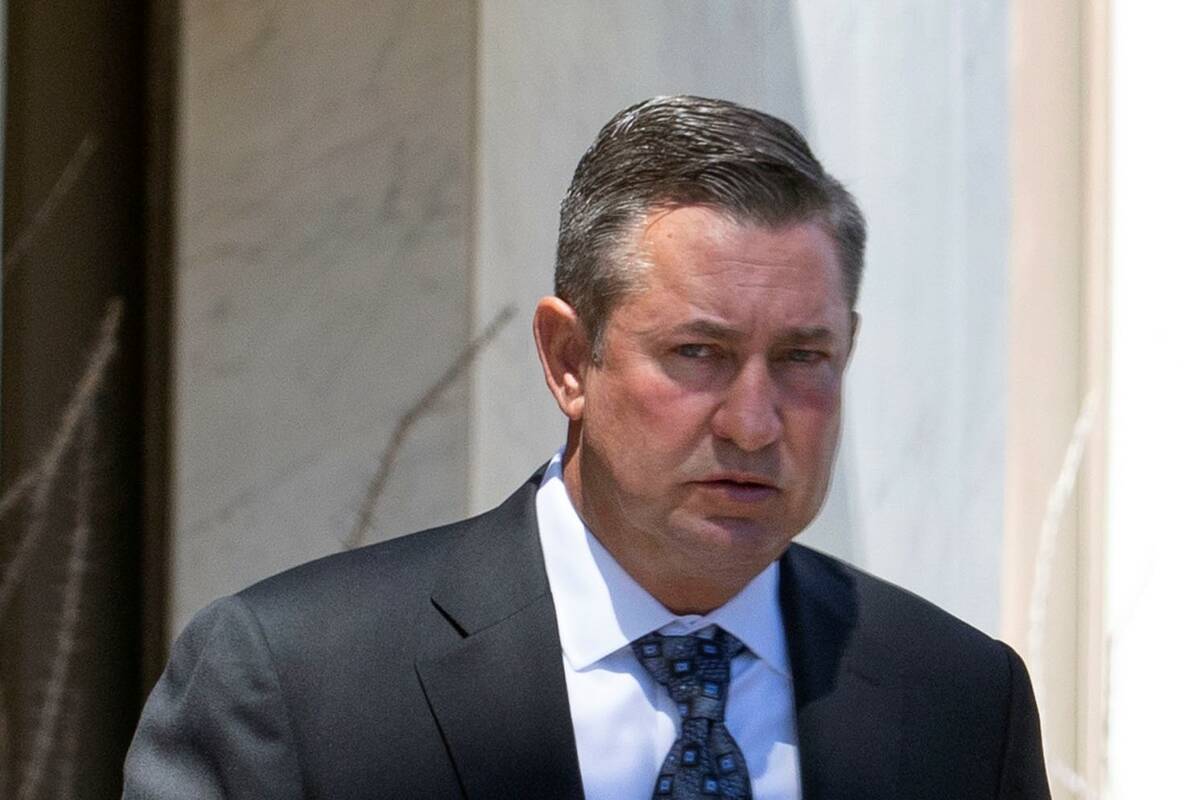 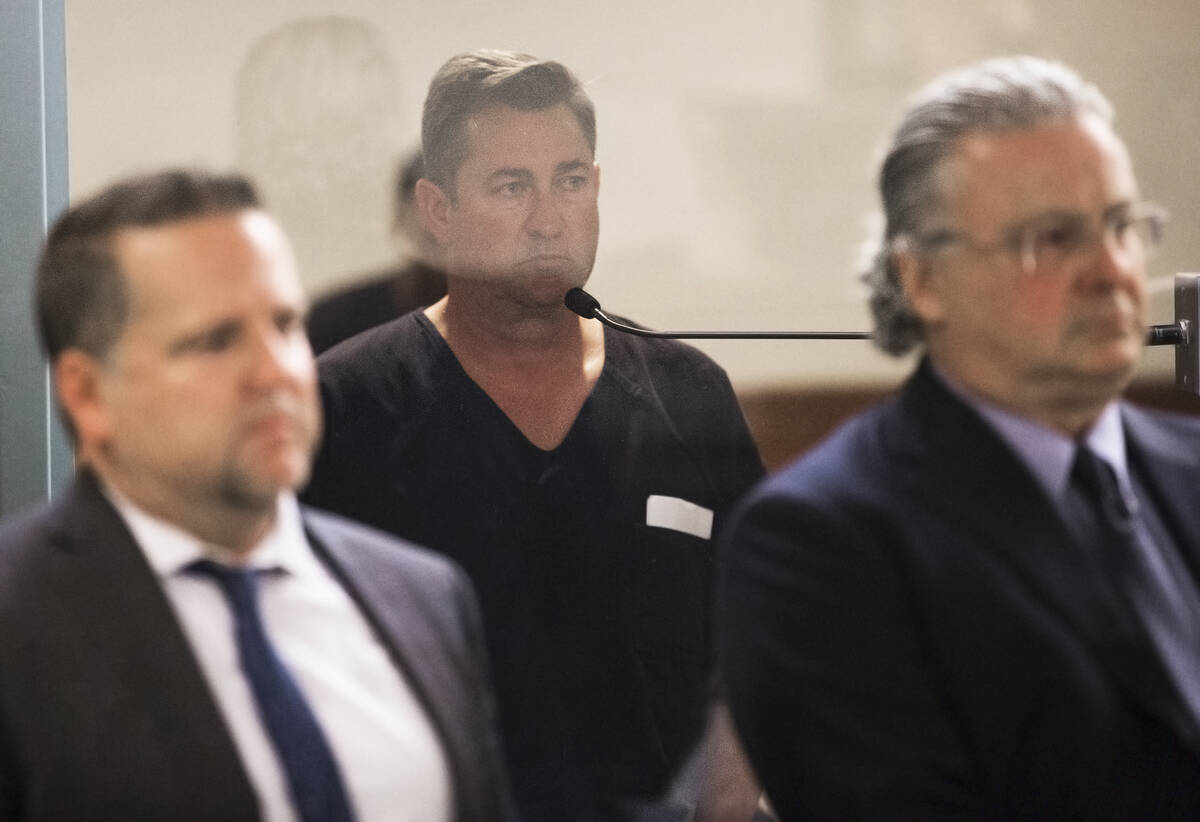 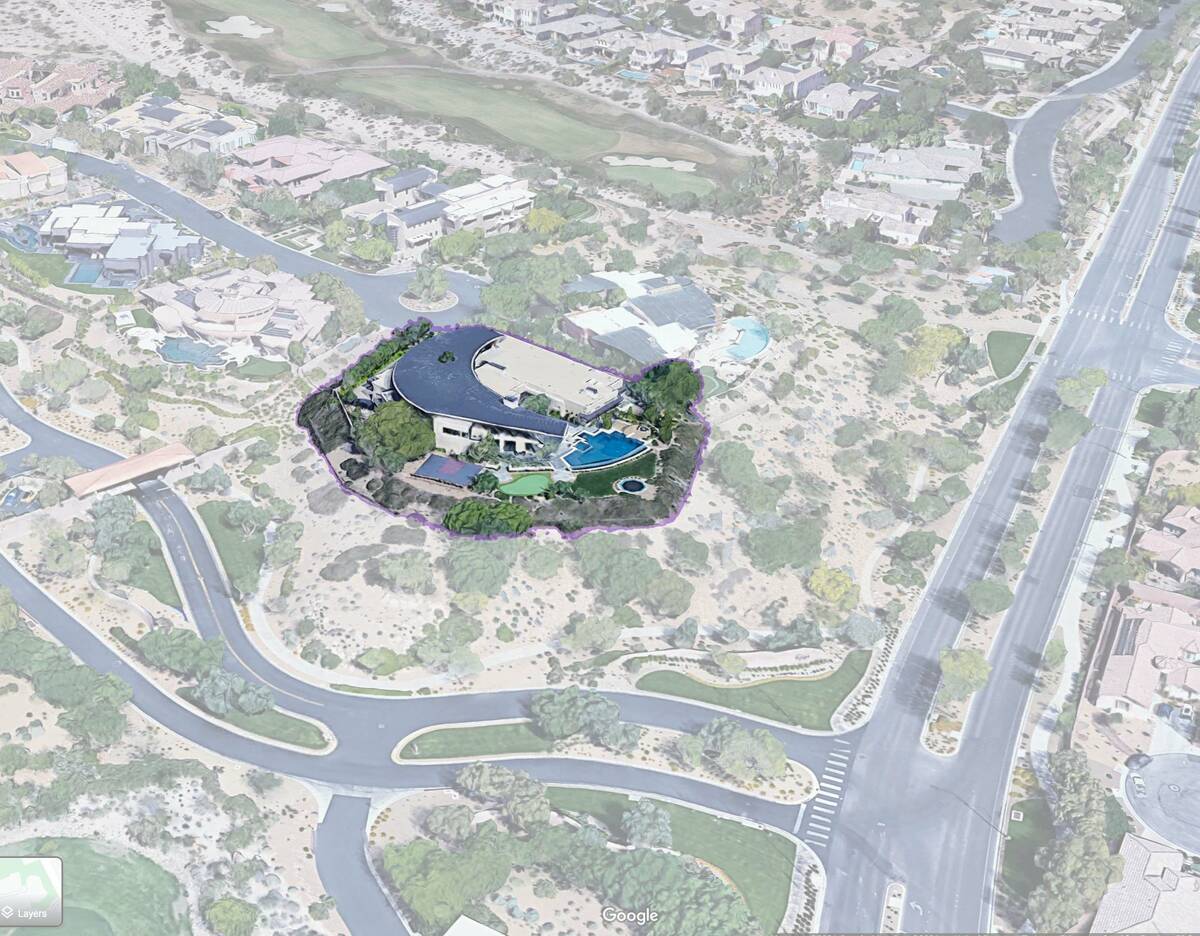 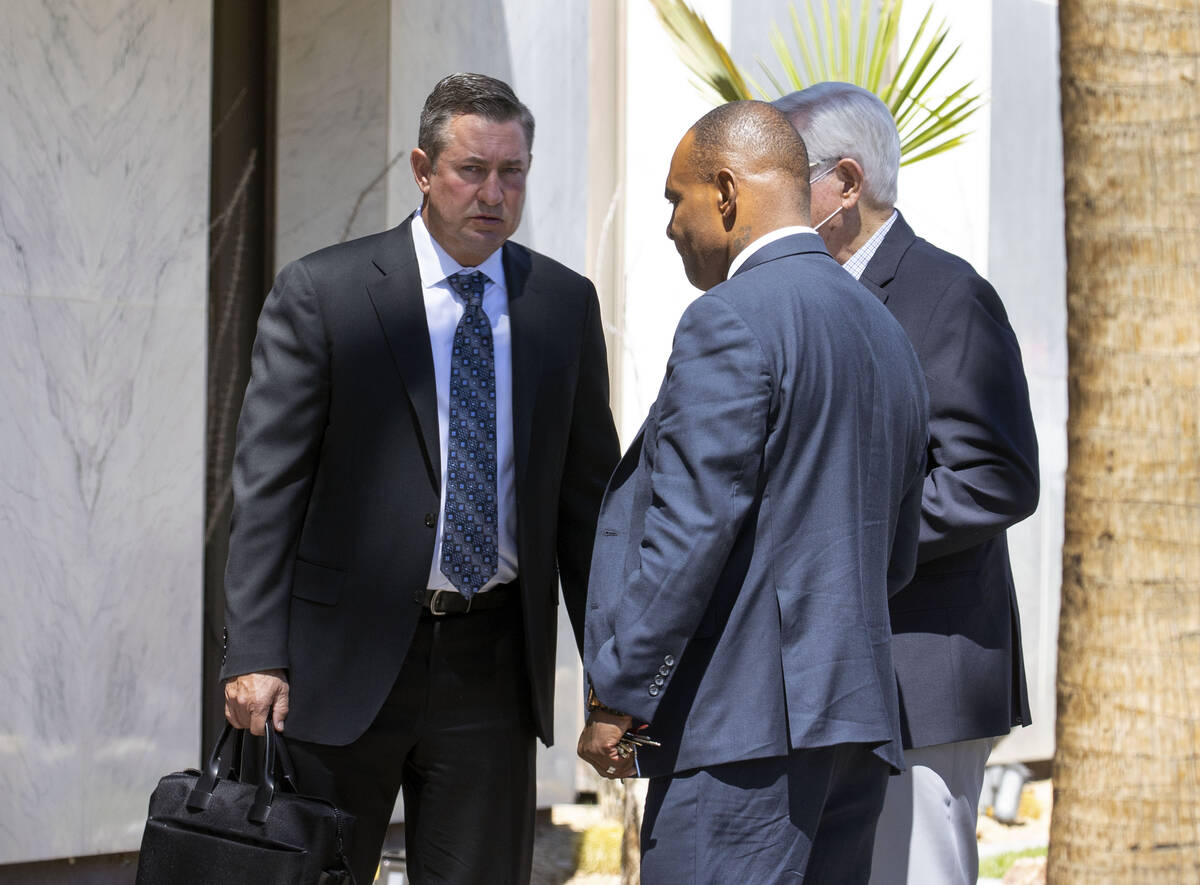 Scott Gragson, left, a high-profile real estate broker who pleaded guilty in a DUI crash that left a mother of three dead, leaves his attorney's office after being sentenced to prison on Friday, Sept. 4, 2020, in Las Vegas. (Bizuayehu Tesfaye/Las Vegas Review-Journal) @bizutesfaye 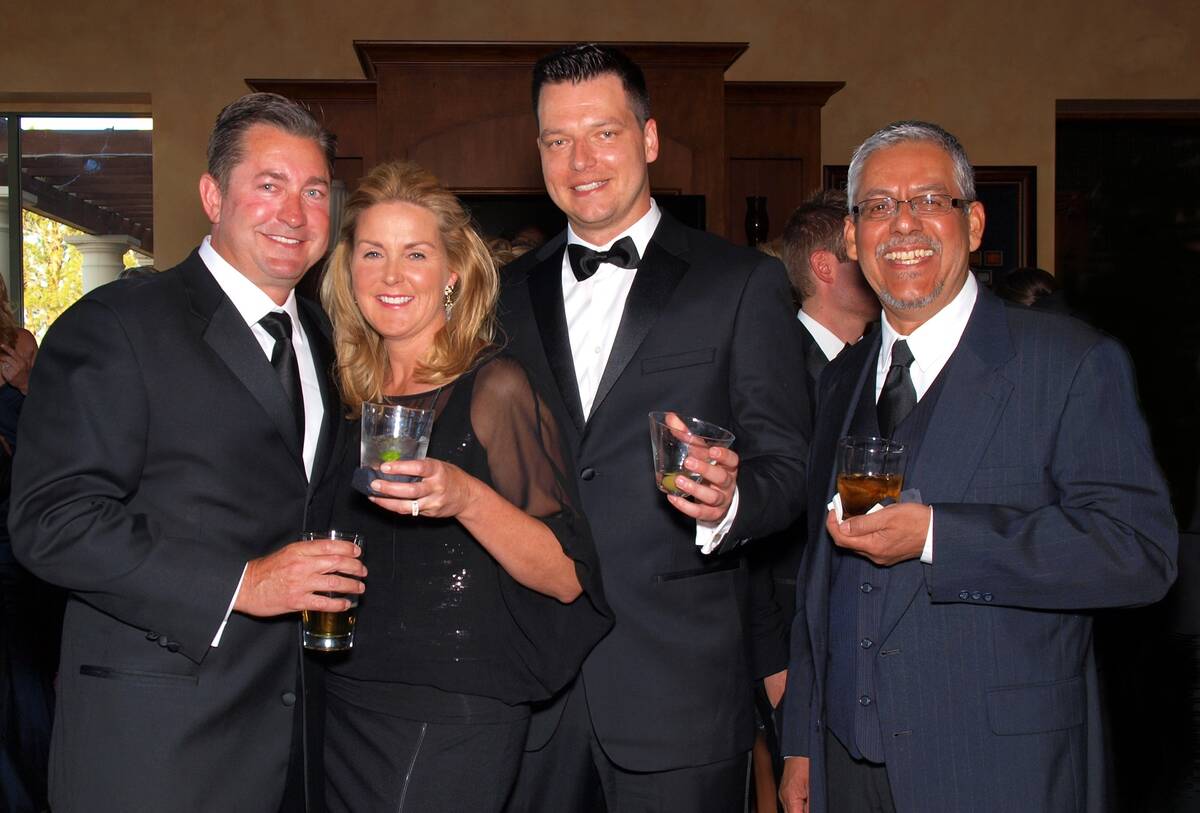 After he was sent to prison for a fatal drunk-driving crash, Las Vegas real estate broker Scott Gragson’s mansion is now listed for rent.

As seen on listing sites, the 10,621-square-foot home at 5 Promontory Ridge Drive in The Ridges, a wealthy enclave in Las Vegas’ Summerlin community, is up for rent at a price that amounts to buying a new luxury car every four weeks.

The six-bedroom, fully furnished house is described in listing materials as a “desert contemporary masterpiece” with “exemplary” interior and exterior design. It features unobstructed views of the Strip, a private movie room, a guest house, a gym and a basketball court.

It also promises privacy and security with a guard-gated entry and a second gated entrance.

Its address was listed as Gragson’s in his 2019 arrest report, and Clark County records show the house has been owned for more than a decade through a limited liability company called Gragson Nevada Management, which, in state records, names Scott Gragson as a manager.

The ultra-high-priced offering comes amid a heated housing market and after Gragson reached a settlement last year that called for him to pay out $21 million to the family of Melissa Newton, a 36-year-old mother of three who was killed in the car wreck in The Ridges.

Court documents stated that Gragson’s insurance company would pay $8.2 million to Newton’s family, while he would pay $12.8 million.

Gragson also reached settlements with passengers Greg Tassi and Christie Cobbett. The terms have not been disclosed.

Passenger Christopher Bentley’s civil lawsuit against Gragson is set for trial in November.

Gragson, now 55, was a prominent land broker and investor in Southern Nevada. He was arrested May 30, 2019, after he crashed his Range Rover following a charity golf tournament called Links for Life.

The SUV hit multiple large trees, causing a rear door to get ripped off, his arrest report stated. Everyone in the car worked in commercial real estate.

According to the arrest report, Gragson told police that he had consumed four to five mixed drinks and Coors beer and that he had started drinking at 9 a.m. and stopped at 2 p.m.

“I have the utmost sorrow, empathy and compassion toward the family of Melissa Newton as well as the other families involved,” he said, before District Judge Michael Villani handed down the sentence. “I have accepted the reality that I am going to the one place on earth that I have always feared, and that is prison.”

According to the Nevada Department of Corrections, Gragson is incarcerated at Stewart Conservation Camp, a facility in Carson City that houses inmates in dormitory-type units.

Trade association Las Vegas Realtors confirmed to the Review-Journal that the house at 5 Promontory Ridge was put up for rent through its listing service in July and that the offering was still active as of Monday.

Despite its sky-high price, the house isn’t even the most expensive rental on the market. According to Las Vegas Realtors, this distinction belongs to a Henderson mega-mansion that spans 23,554 square feet and has an asking rent of $75,000 per month.

Listing agent Isaac “Ike” Moore, of Synergy Sotheby’s International Realty, said his client is open to both selling or renting the massive house in the MacDonald Highlands community.

After Gragson’s car crash, some real estate brokers and golf course workers told the Review-Journal that corporate and charity golf events in the Las Vegas Valley can have a reputation for serving plenty of shots, beer and other alcohol to players.

Bentley, a passenger who suffered serious injuries in the crash, alleged in a lawsuit that alcohol was served at “numerous locations” at the Links for Life event and that it was available at each hole of the golf course.

Mike Mixer, chairman of Colliers’ Las Vegas office, declined to comment after the Review-Journal asked him Monday whether Links for Life is still being held, and, if so, whether it would still serve alcohol to attendees.