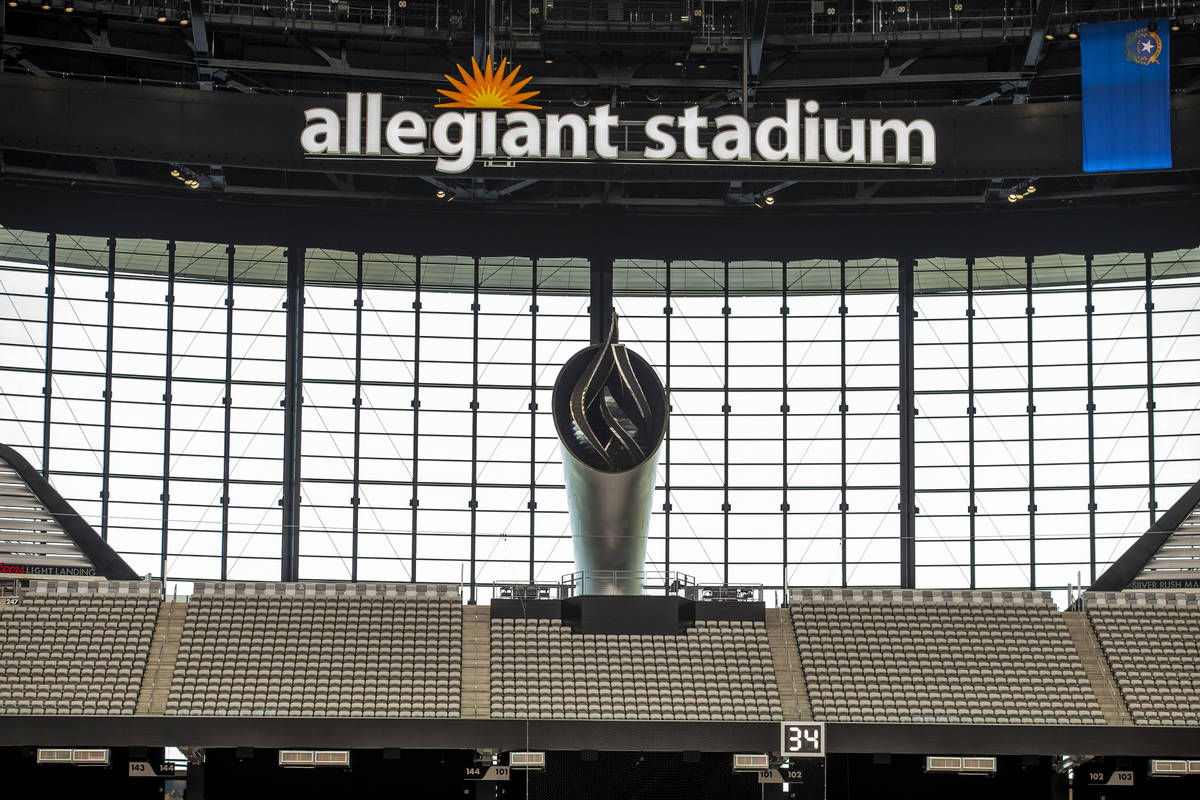 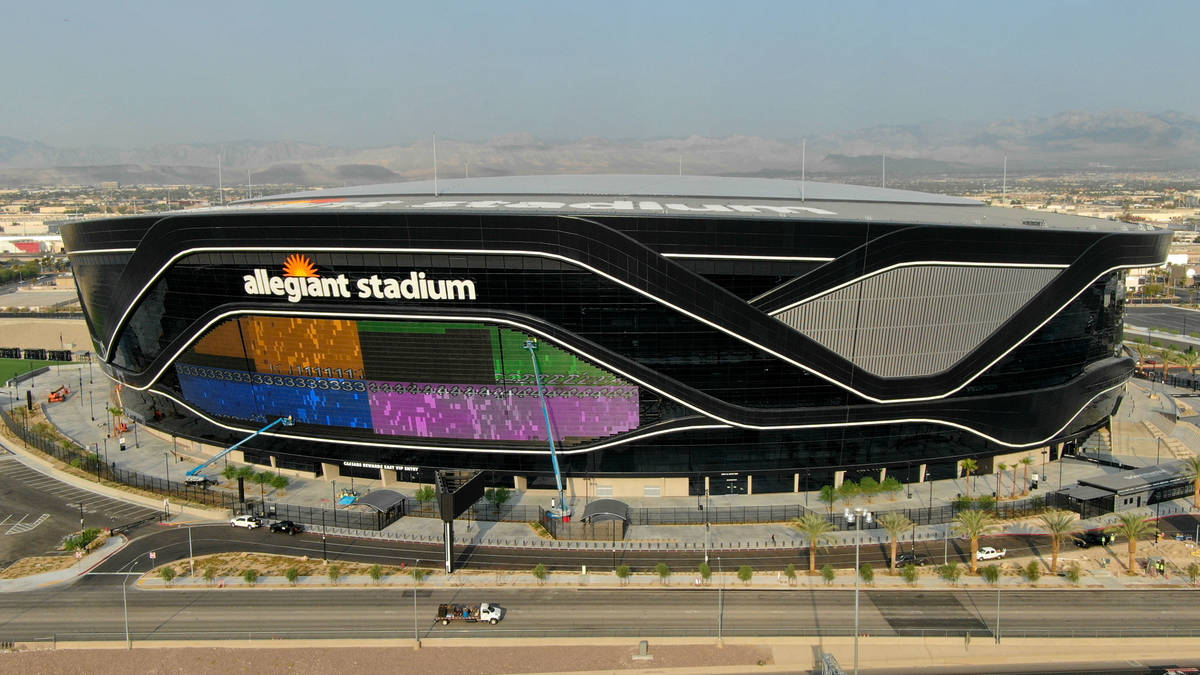 The massive 27,600-square-foot video board lights up with color on side of Allegiant Stadium that faces Interstate 15 on Tuesday, Sept. 15, 2020. (Michael Quine/Las Vegas Review-Journal) @Vegas88s 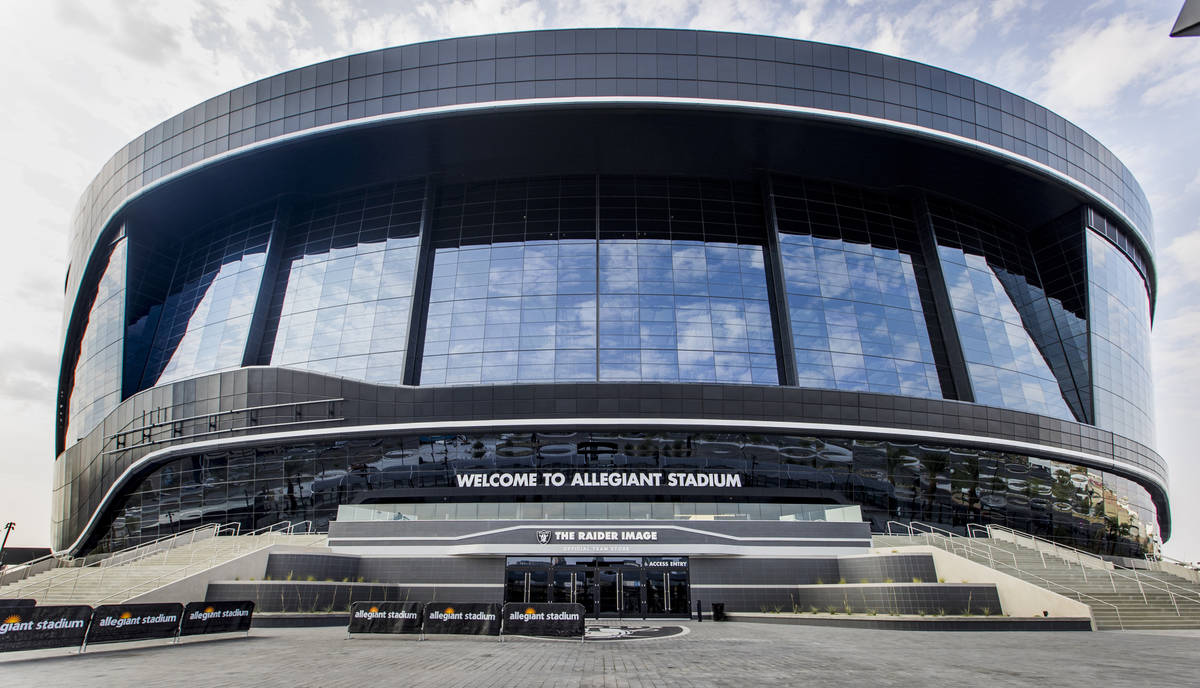 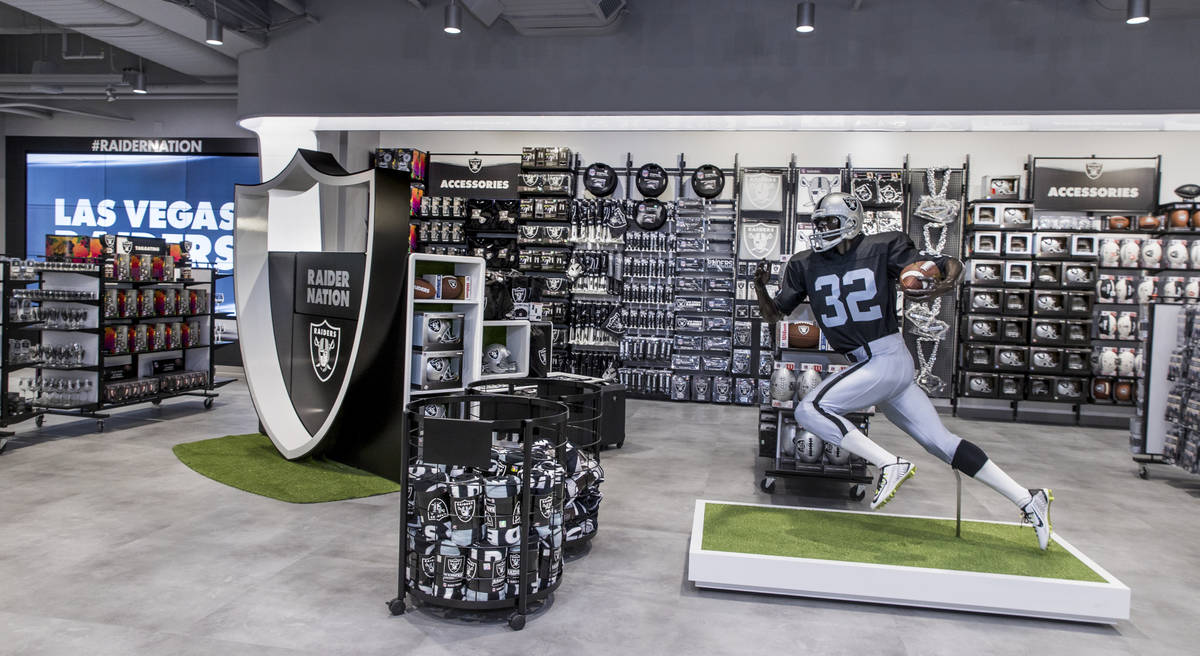 A variety of merchandise can be purchased at The Raider Image official team store inside of Allegiant Stadium on Tuesday, Sept. 15, 2020, in Las Vegas. (L.E. Baskow/Las Vegas Review-Journal) @Left_Eye_Images 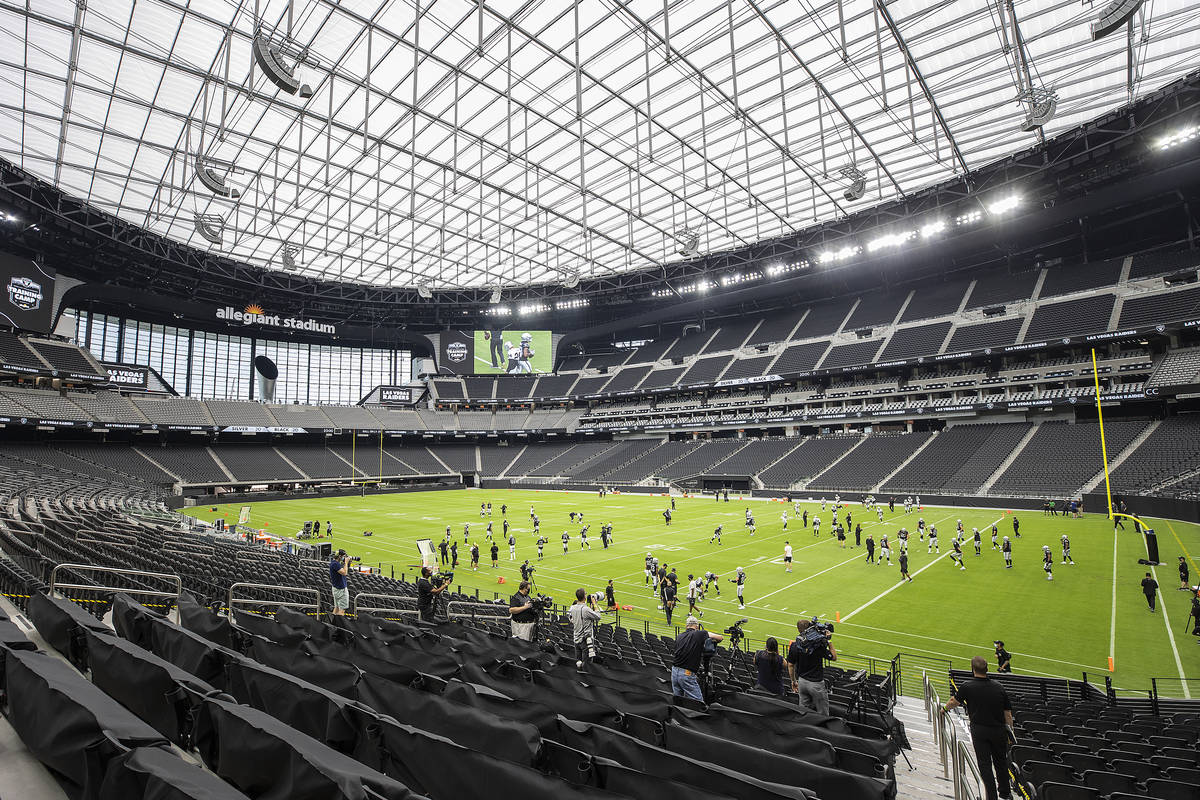 Allegiant Stadium is finally ready for its debut as the Las Vegas Raiders are set to play the New Orleans Saints on “Monday Night Football.”

Sitting on Russell Road and Polaris Drive, the stadium is located just south of the Las Vegas Strip, separated from it by Interstate 15.

The stadium is home to both the Raiders and UNLV, who will play NCAA football games in the stadium after playing at Sam Boyd Stadium since 1971.

The stadium can host large events such as football games or major concerts to smaller, private events, with the 10 events spaces located inside.

Fans can get all things Silver and Black at the 18,500-square-foot flagship team store, The Raider Image, located on the ground floor on the north end of the stadium.

The retail store might be the only way fans can step inside the stadium this year, as the Raiders announced no fans would be allowed to attend games this season.

Here’s everything you need to know about the 1.75-million-square-foot facility that was substantially completed July 31.

After fans began coining the phrase on social media as the stadium’s dark exterior curtain wall began to take shape, “The Death Star” of Star Wars fame was adopted early on as the most popular nickname for the stadium. The name caught on as team owner Mark Davis, president Marc Badain and various players gave the nickname their stamp of approval.

The 4-foot-tall field tray that holds the Raiders’ grass field weighs 19 million pounds and is moved in-and-out of the stadium via 76 motors on 13 rails in one hour.

UNLV football plays on artificial turf. The tray sits outside on non-Raiders game days and is moved inside 48 hours ahead of kickoff.

Twenty gallons of paint is used to paint the Bermuda grass for game day.

The centerpiece of the interior of the stadium is the area surrounding the massive operable lanai doors on the north end of the facility.

When opened, the 80-foot-tall by 200-foot-wide opening provides a view of the Las Vegas Strip to the north.

It takes about 10 minutes to open and close the lanai doors.

At the center of the 55,000-square-foot club sits the 93-foot-tall Al Davis Memorial Torch. Hailed as the largest 3D-printed object in the world, the torch spans multiple levels of the stadium, with a bar surrounding the torch in the club area.

The Raiders opted to use translucent ETFE roof panels instead of transparent ones as SoFi Stadium in Los Angeles did, to allow natural lighting in, but not subject fans to the sweltering desert summer heat.

With the surrounding glass, the lanai doors coupled with the translucent roof, fans get an outdoor feel in the comfort of a temperature-controlled environment.