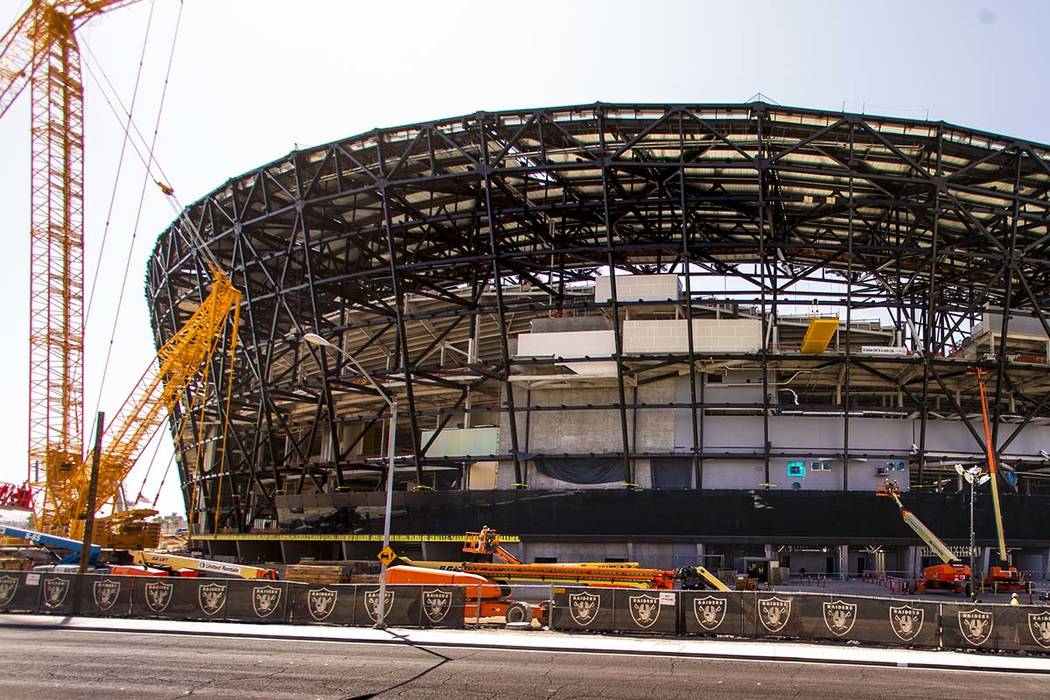 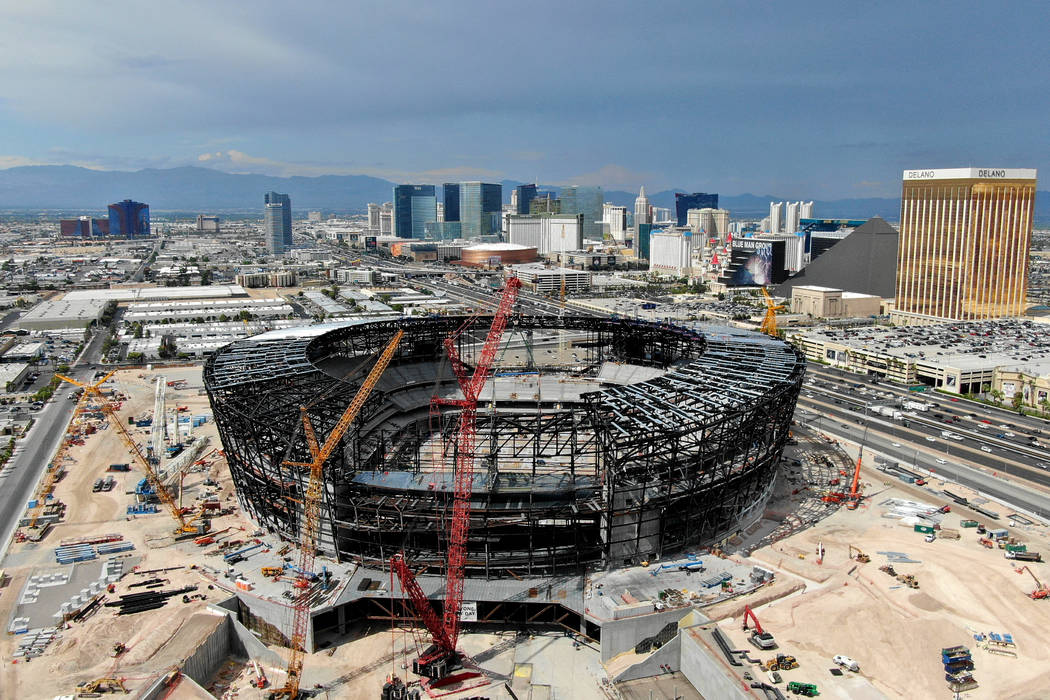 The Raiders have acquired several future parking sites for Allegiant Stadium for just over $28 million.

The Raiders picked up several parking lots and commercial buildings along or near Valley View Boulevard between Tropicana and Reno avenues. All are within a mile or so of the nearly $2 billion, 65,000-seat stadium at Russell Road and Interstate 15, west of the Strip.

John Mowbray, a trustee for the family trust that owned Frias Transportation, confirmed that the former longtime taxi company sold the parcels to the Raiders.

Obtaining as many parking spots as possible within walking distance of the stadium is key for the Raiders, as only 2,725 spaces will be available on-site.

The newly acquired parcels open up around 2,700 additional spots, according to Raiders President Marc Badain.

“It’s half a mile away at its closest point,” Badain said. “You can walk from that site pretty easily. We’ll have shuttle service available at the site, but I think most people will park and walk.”

Badain previously stated the team had agreements in place to park 9,000 vehicles within walking distance of the stadium.

The bulk purchase comes on the heels of Clark County approving a pair of two-year leases with the Raiders, at $1.1 million annually, for two plots owned by the county’s Department of Aviation. One is located at Warm Springs Road and Las Vegas Boulevard. The other is at Wynn and Russell roads.

MGM Resorts International announced last month that it plans to use the Las Vegas Village — site of the Route 91 Harvest festival shooting — for stadium parking. That is the “near term” use planned for the 15-acre property across from Luxor, according to the casino operator, which plans to build a community and athletic center there along with a memorial for victims of the Oct. 1, 2017, shooting.

Raiders senior vice president Don Webb, who is overseeing construction of the stadium, said the continued rollout of parking and transportation plans is evidence of work being done behind the scenes, with an eye on the overall stadium experience.

“The game day experience begins when they make their ticket selection on the internet, when they leave their house and how smooth their transportation to the stadium is,” Webb said.

Mowbray said a four-story garage that was included in the Frias deal was designed with ceilings high enough to accommodate shuttles.

Some of the buildings that were on the Frias sites have already been demolished, but the Raiders’ plans for the new land have not been finalized.

“We’ve got almost 20 acres to play with,” Badain said. “It gives you a couple of different options for people to tailgate.”

The domed football stadium, slated to open next year, has sparked a surge of interest in the mostly industrial surrounding area. Plenty of locals have figured developers will want to put up projects there to feed off the venue.

Two parcels across the street from Allegiant Stadium sold for big prices after the Raiders bought their land in the spring of 2017, and brokers and buyers have called nearby landlords to see if they would sell.

There hasn’t been a barrage of real estate sales in the area so far, but the Raiders’ bulk purchase wasn’t the first.

A broker on the deal previously said TA figured the location would offer “very favorable rent growth” given the proximity to the stadium, but it does not have Raiders-related redevelopment plans.