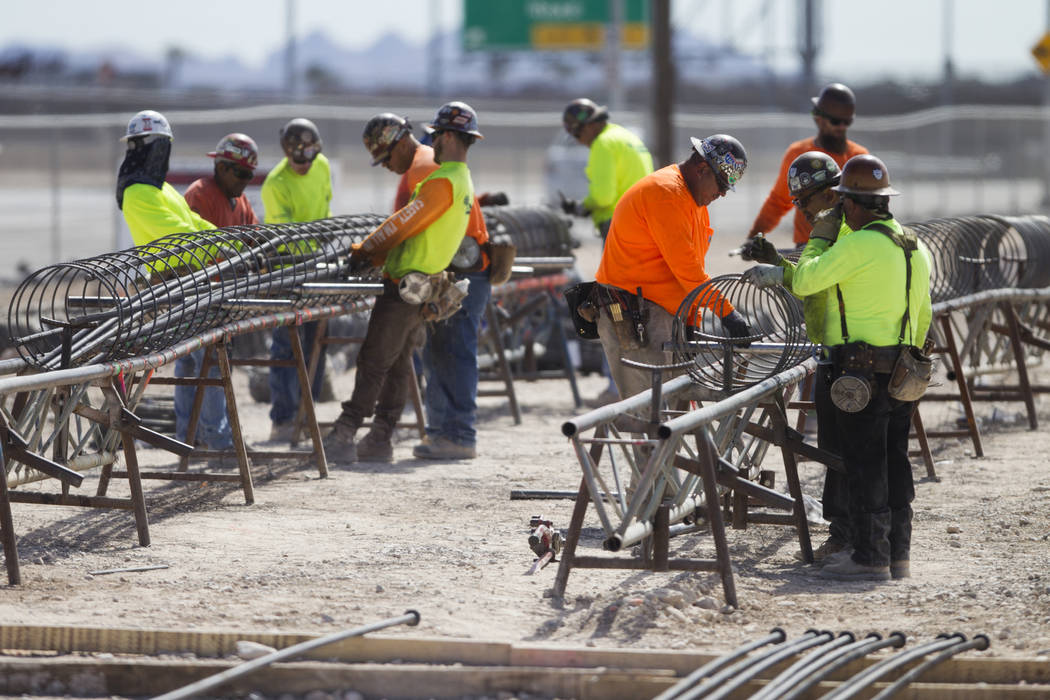 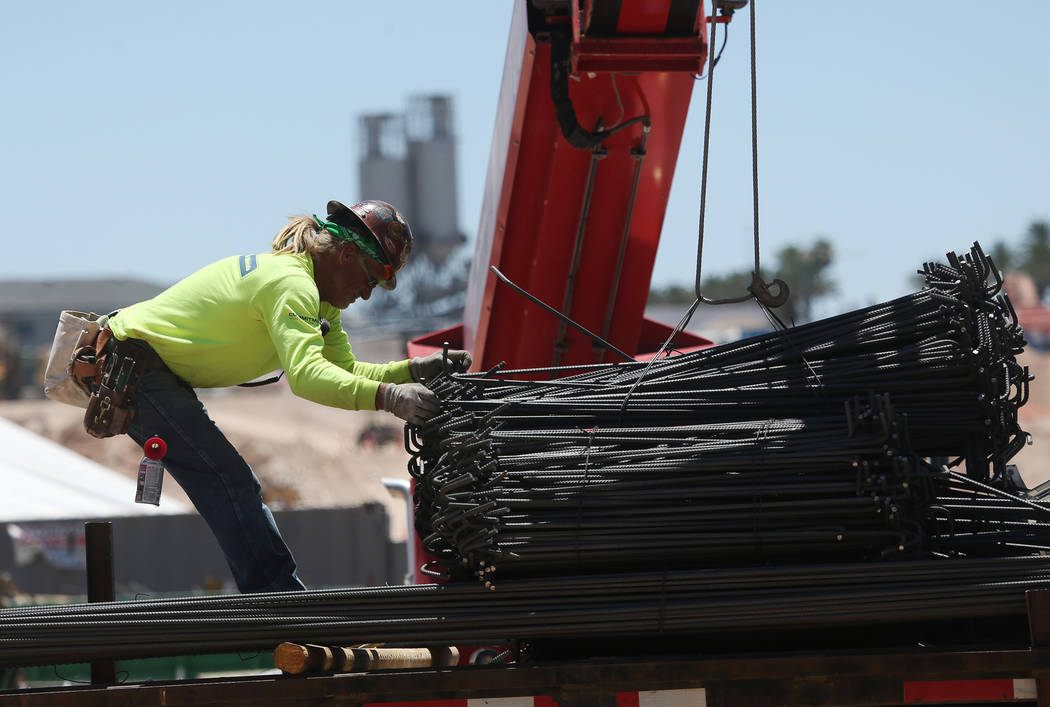 Las Vegas stadium work crews are putting the equivalent of about $4 million a day into work at the site, and the project is on time and on budget, Las Vegas Stadium Authority officials said Thursday.

Precast steel is arriving at the site at Interstate 15 and Russell Road this week, and the last grade-level concrete slabs are scheduled to be poured later this month.

Stadium authority officials and Raiders executives also reported that sales of personal seat licenses — contracts with fans that give them access to purchasing season tickets for Raiders games for 30 years — are going better than expected.

Raiders President Marc Badain said after the meeting that the team is in the second of three phases of PSL sales, with Oakland season ticket holders getting the first crack at mid-level PSLs through mid-August. Las Vegas fans who have placed deposits will be invited to participate next.

Club-level and VIP seat PSLs — the most expensive at between $20,000 and $75,000 per seat — were sold between March and May. About 73 percent of those sales went to fans with Nevada addresses. Badain wouldn’t predict what percentage of buyers would be from Nevada in the current sale.

A third tier of sales will occur later in the year for the last PSLs and season tickets.

Stadium Authority Chairman Steve Hill said the successful sales are reflective of the popularity of the team and Las Vegas.

“The combination of the Raiders and Las Vegas is pretty hard to beat,” Hill said after the meeting. “The (Vegas) Golden Knights are giving us a run for our money, and that’s a great thing, too. The Raiders have one of the world’s greatest football brands, and Las Vegas obviously is a brand in and of itself and when you combine those two things, we’re seeing that in the interest in the stadium and sales.”

Hill said he expected PSL sales to be strong.

“I think prices that are out there is what we expected them to be,” Hill said. “We had some conversations both at the (Southern Nevada) Tourism Infrastructure Committee and throughout the Stadium Authority board process where those prices were in alignment of what they are at other stadiums, and the demand is there.”

Board members on Thursday formally approved the Raiders’ PSL marketing plan. Technically, the Stadium Authority is in charge of PSL sales, but it assigned that work to the Raiders, which subcontracted it to Legends Global Sales.

In other business, Hill said the format of the authority’s monthly room tax revenue summary has been revised to compare collection amounts to the same month of the previous year now that collections have occurred for 16 months.

Revenue for April was 3.9 percent ahead of the same month in 2017, and May revenue was 5.4 percent ahead. But March collections were 7 percent below the $5 million collected in March 2017. Hill explained that was because the massive ConExpo-Con/Agg construction industry trade show in Las Vegas every three years was in town last year, producing a tough comparison.

The total amount of tax revenue collected, $61.9 million, is 2.4 percent ahead of authority projections.

Hill also introduced Scott Nielson as the newest member of the authority’s board of directors. Nielson, president of Nielson Consulting and a former Station Casinos executive, replaces Dallas Haun on the board.

Hill gave no details about why Haun resigned, and he could not be contacted.