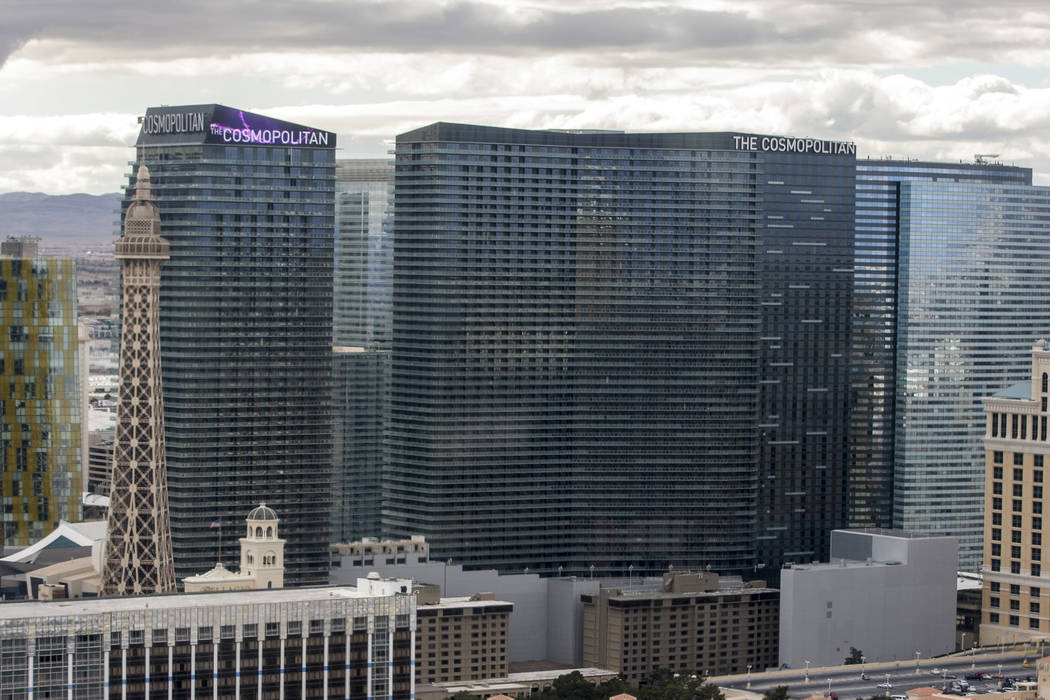 The Cosmopolitan of Las Vegas, seen in 2018. (Las Vegas Review-Journal)

The Cosmopolitan of Las Vegas is no longer looking to leave NV Energy.

A filing with the Nevada Public Utilities Commission shows the resort casino has withdrawn its application to use an alternative energy provider, which was submitted in February.

“Both energy efficiency and environmental stewardship has remained a prominent pillar of our business,” Nichols said in a statement via email. “With these shared interests, The Cosmopolitan will remain a fully bundled customer of NV Energy.”

The Cosmopolitan isn’t the only property to change its mind in recent months. On Wednesday, South Point announced that it was withdrawing its application to leave NV Energy. The Las Vegas Convention and Visitors Authority, Golden Entertainment and Las Vegas Sands Corp. have also announced agreements with NV Energy. In April, two properties in Northern Nevada — Atlantis Casino Resort and the Grand Sierra Resort — also said they’d remain with NV Energy.

Six companies have departed the utility since 2016 to pursue more renewable options and cheaper rates.

Doug Cannon, president and CEO of NV Energy, said the utility was pleased it was given the chance to meet The Cosmopolitan’s business and sustainability goals.

“In the interactions we have with our customers like The Cosmopolitan, we appreciate coming to understand how we can add value and advance their business interests — whether that be through more renewable energy, unique pricing solutions or energy efficiency products and services,” he said in a statement via email.