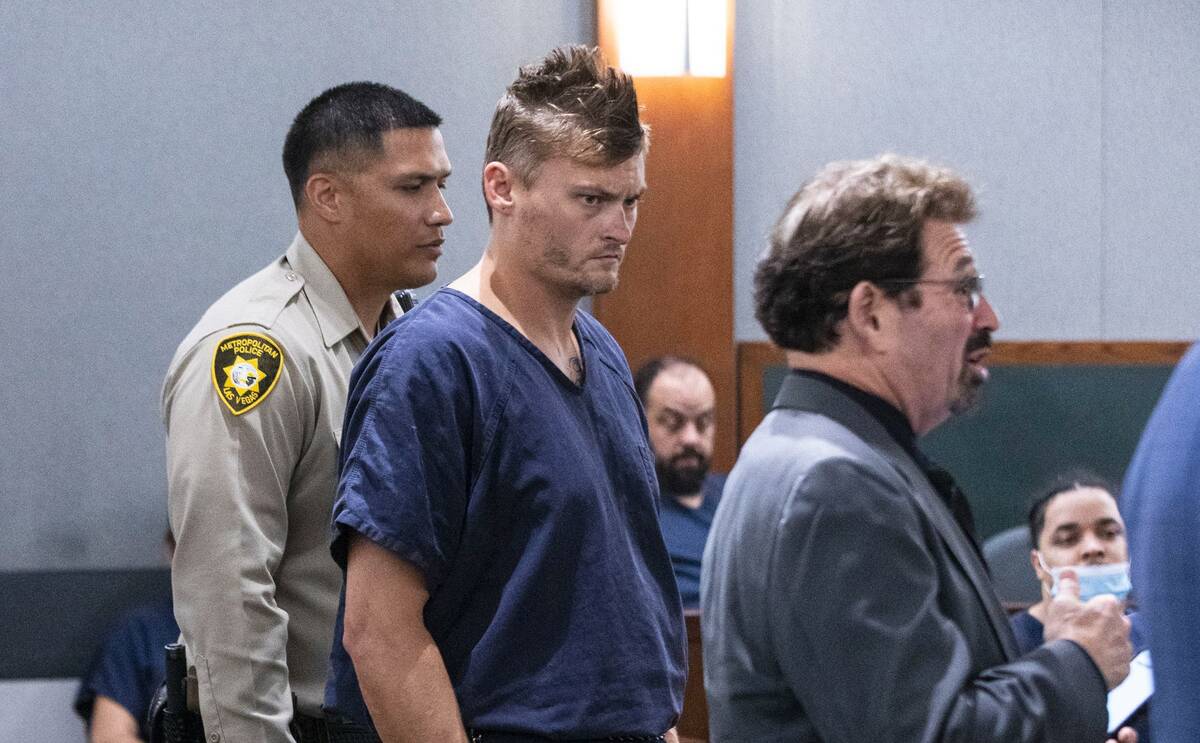 Christopher Martell, center, appears in court with his attorney, Mace Yampolsky, during a hearing at the Regional Justice Center on Thursday, Sept. 29, 2022, in Las Vegas. (Bizuayehu Tesfaye/Las Vegas Review-Journal)

Las Vegas police on Monday linked the stabbing death of a homeless man near UNLV to a man already accused of stabbing four other people, killing two of them.

Christopher Martell, 33, was initially charged in September with two counts of open murder and two counts of attempted murder in the stabbings of four people near UNLV that resulted in the deaths of two of those people.

The Metropolitan Police Department said Monday that Martell faces a third open murder charge in connection with the death of Jeffrey Philip Pridgen, 43.

Police were called around 7:30 a.m. in mid February after someone found Pridgen’s body on a sidewalk at the intersection of University Avenue and Escondido Street.

Authorities said Martell also was tied to the deaths of 57-year-old Jody Devries and 70-year-old Mary Susan Miller. They were both stabbed to death near UNLV, and both suffered from homelessness. The two victims who survived the attacks were also homeless, police said.

Martell was found mentally incompetent to stand trail in early November, and he was being held without bail in the Clark County Detention Center until he is transferred to the Lake’s Crossing Center in Sparks for treatment.