RJ App
Vegas News, Alerts, ePaper
OPEN
Samanta Arjune had an extra ticket to the Route 91 Harvest festival country music concert on the Strip Oct. 1, and invited her brother. They thought the gunfire was fireworks. When they realized it was gunfire, they started to run. (Michael Quine/Las Vegas Review-Journal)
By Rio Lacanlale / Las Vegas Review-Journal
September 17, 2020 - 10:27 am 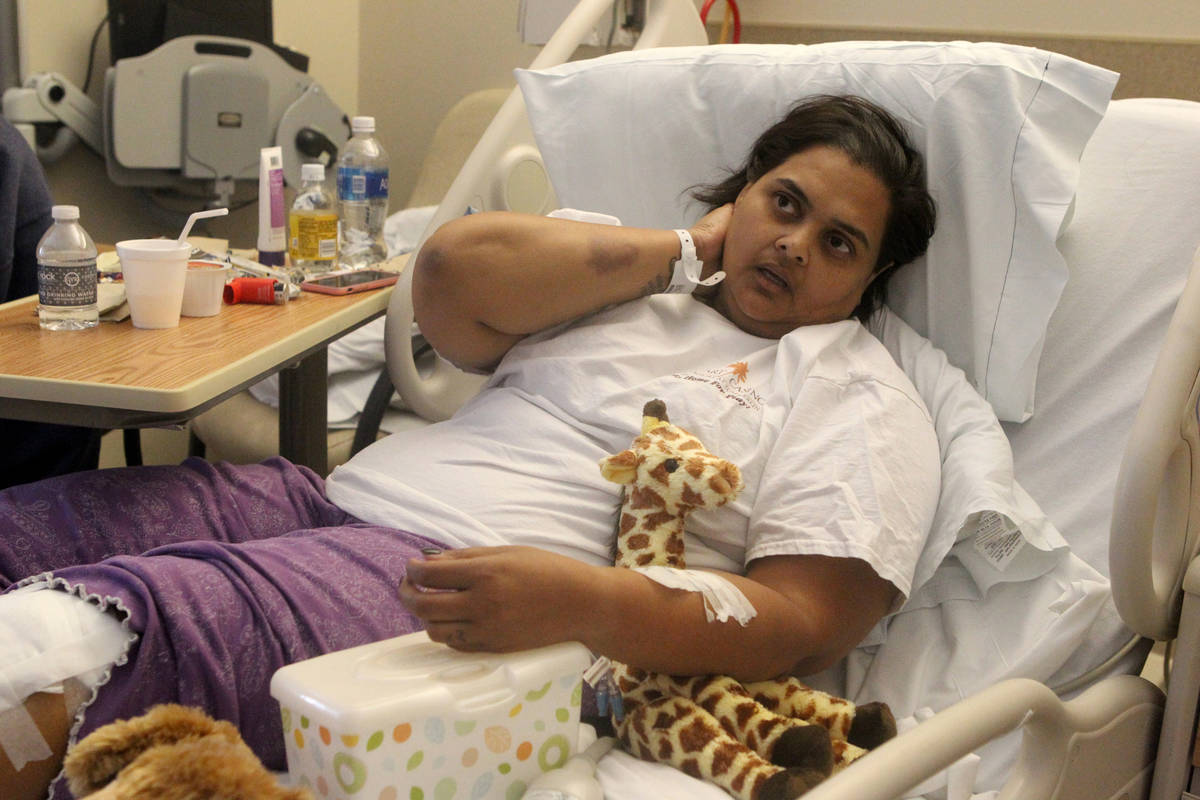 Samanta Arjune, who was shot during the Route 91 Harvest festival on Oct. 1, 2017, tells her story during an interview at University Medical Center on Oct. 9, 2017. She died from her injuries on May 26, 2020, making her the shooting's 60th victim. K.M. Cannon Las Vegas Review-Journal @KMCannonPhoto 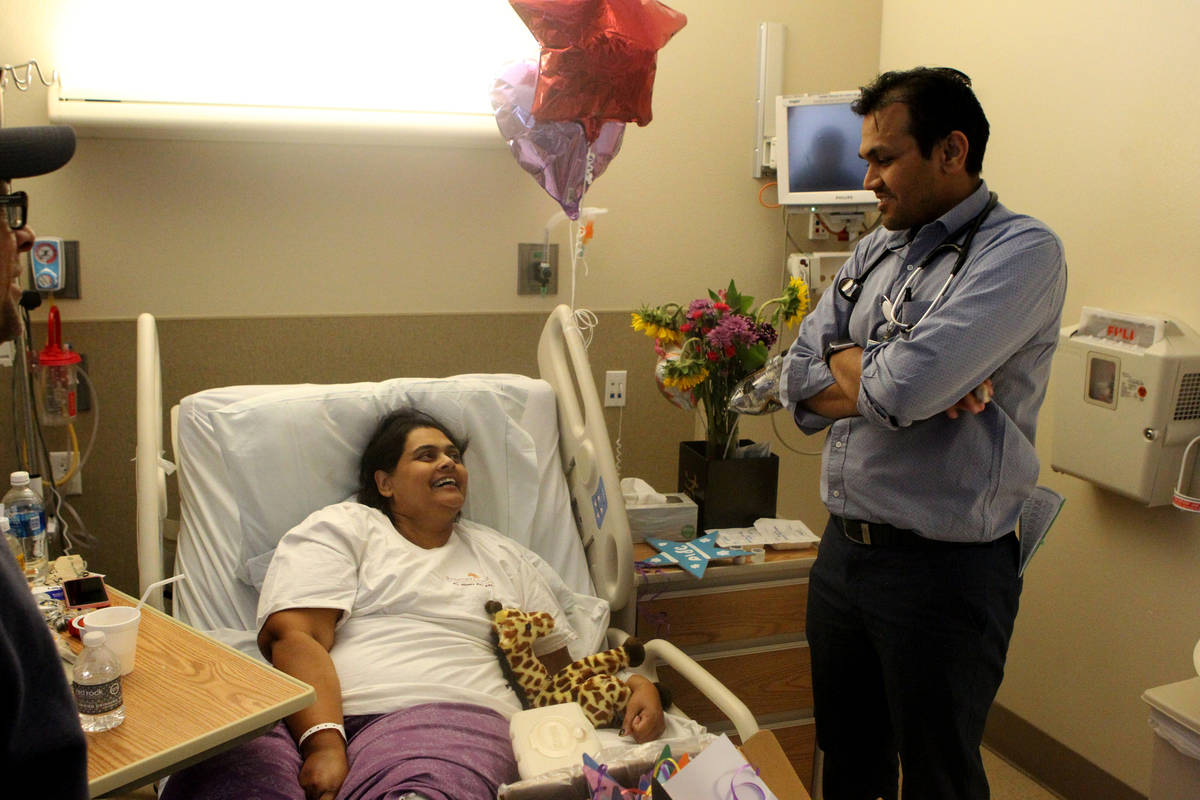 A Las Vegas woman has become the 60th known victim of the Route 91 Harvest festival shooting on the Strip in 2017 — the deadliest mass shooting in modern American history.

Samanta Arjune, 49, died in Las Vegas on the afternoon of May 26 from complications of the gunshot wound to her left leg that she suffered nearly three years earlier in the attack, according to the Clark County coroner’s office. It marked the second death of a survivor in less than a year, yet the mass shooting’s official death toll will not be increased, the Metropolitan Police Department confirmed Thursday.

“They say if the bullet’s taken out, it could do too much damage to my leg,” Arjune, then 46, said a week after the shooting in a bedside interview with the Las Vegas Review-Journal at University Medical Center.

Arjune was told she would walk again following extensive reconstructive surgery on her leg but spent the next two years in and out of hospitals.

“She suffered and suffered with pain and pain and pain,” her father, Rudolph, said during a memorial service, which was livestreamed due to the COVID-19 pandemic. “Go in peace, my child. You haven’t done anything wrong in this world. You always made me and your mother extremely proud of you.”

The mass shooting unfolded on Oct. 1, 2017, the final night of Route 91, a three-day country music festival that drew 22,000 people to the southern end of the Strip. Fifty-eight people initially were killed, and hundreds more were injured.

Arjune’s death, which, before Thursday, had not been reported by a major news outlet, brings the total number of Nevada victims to eight — five Las Vegas residents, two Henderson residents and one Reno resident.

According to redacted coroner autopsy reports, the last of the initial 58 victims was pronounced dead on Oct. 3, 2017. The death toll has not been raised since.

Neither Clark County Sheriff Joe Lombardo nor the Police Department has provided a public explanation for its decision regarding the death toll.

The 59th known victim, Kimberly Gervais, died a half year before Arjune in San Bernardino County, California, from complications of the spinal injuries she had suffered in the mass shooting. The coroner’s division of the San Bernardino County Sheriff’s Department ruled her death a homicide last month.

Arjune, the office manager for Las Vegas business magazine Exhibit City News, attended the country music festival with her brother Malcolm Bissember. He could not be reached Thursday.

The siblings were about 50 feet from the stage when the first volley of gunfire erupted from a 32nd-floor Mandalay Bay suite.

Hand in hand, the two began to run. Then Arjune suddenly collapsed.

“I got hit,” she told her brother. A single bullet entered her calf and lodged just below her knee, shattering her bones.

As gunfire erupted again and again, Bissember used his own body to shield his sister from bullets, until a stranger arrived with a large garbage can on wheels.

Together, Bissember and the man slid Arjune into the can and rolled her to safety, away from the concert grounds, where they flagged down another stranger who drove them to the hospital.

The next morning, doctors performed exploratory surgery and found that the bullet in her leg, entwined in nerves, could not be removed. But, according to a GoFundMe campaign created by a family friend in the immediate aftermath, the bullet eventually resurfaced on its own, causing “extreme” pain for Arjune that was likely to last “the rest of her life.”

Arjune was buried in Las Vegas on May 31.