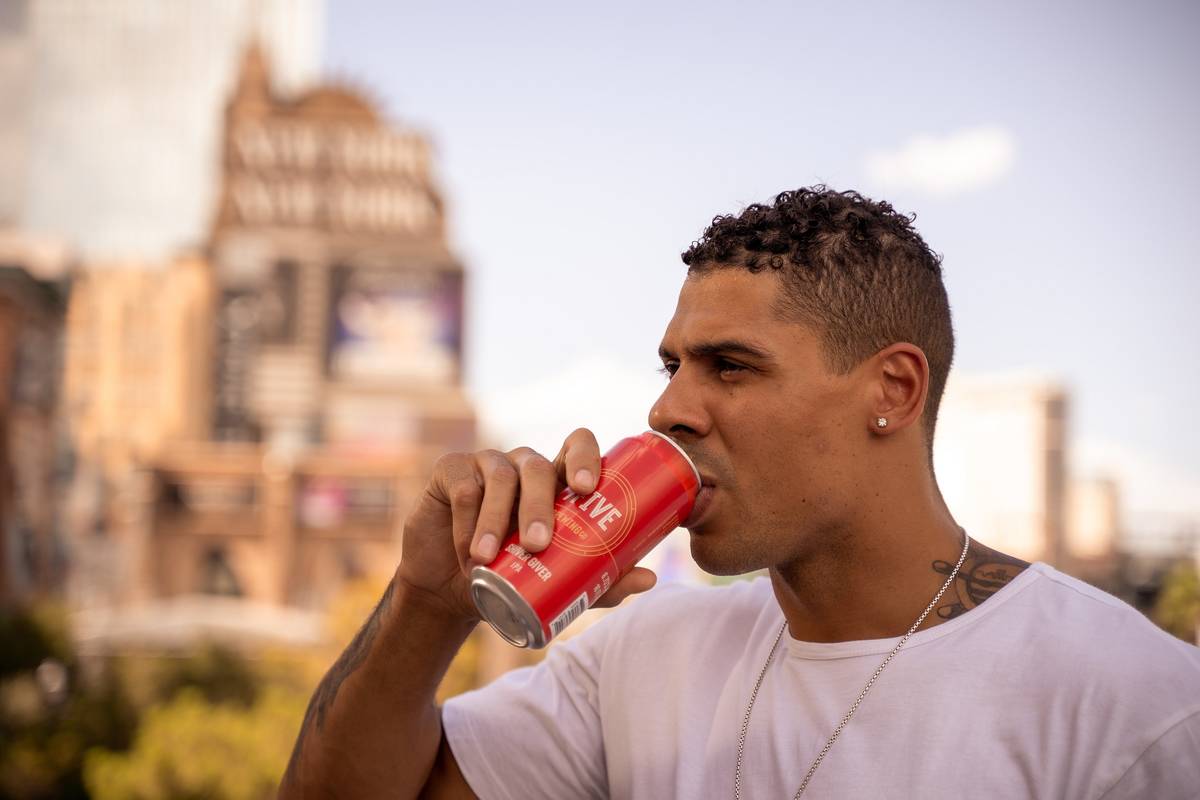 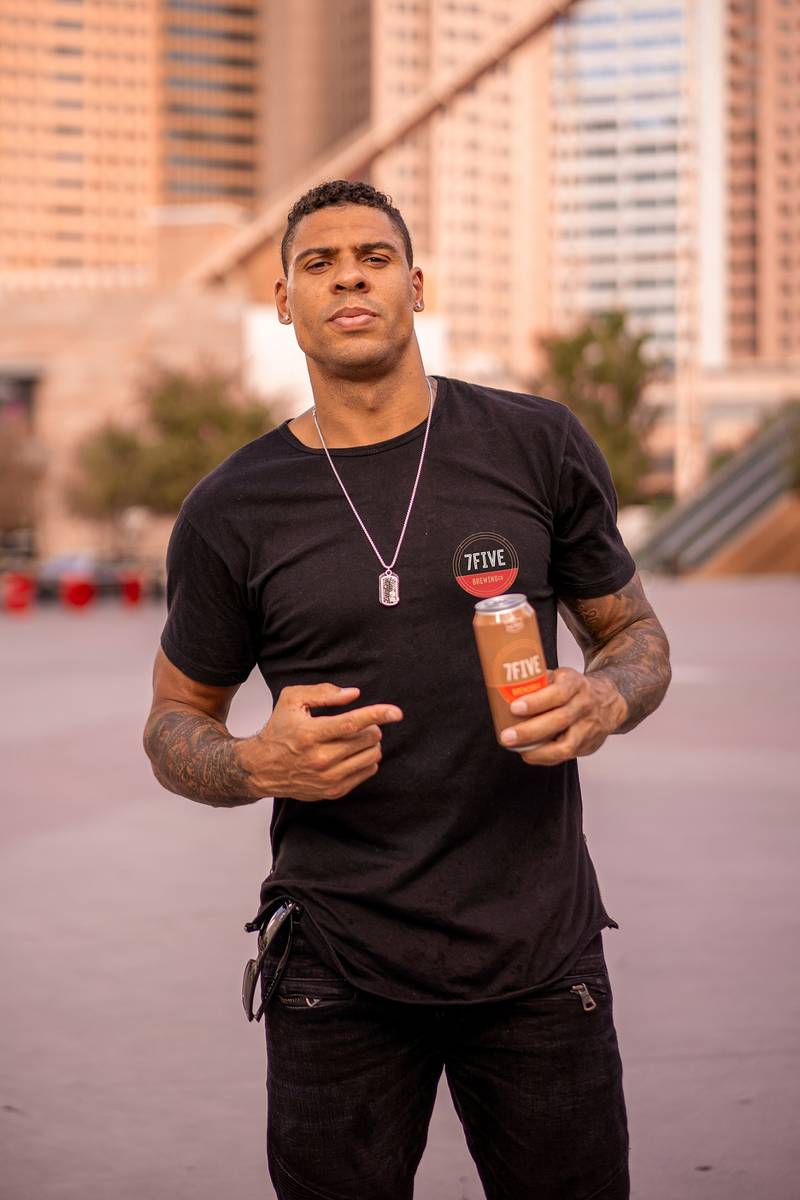 Ryan Reaves became one of the most popular players with the Vegas Golden Knights. (7Five Brewing Co.) 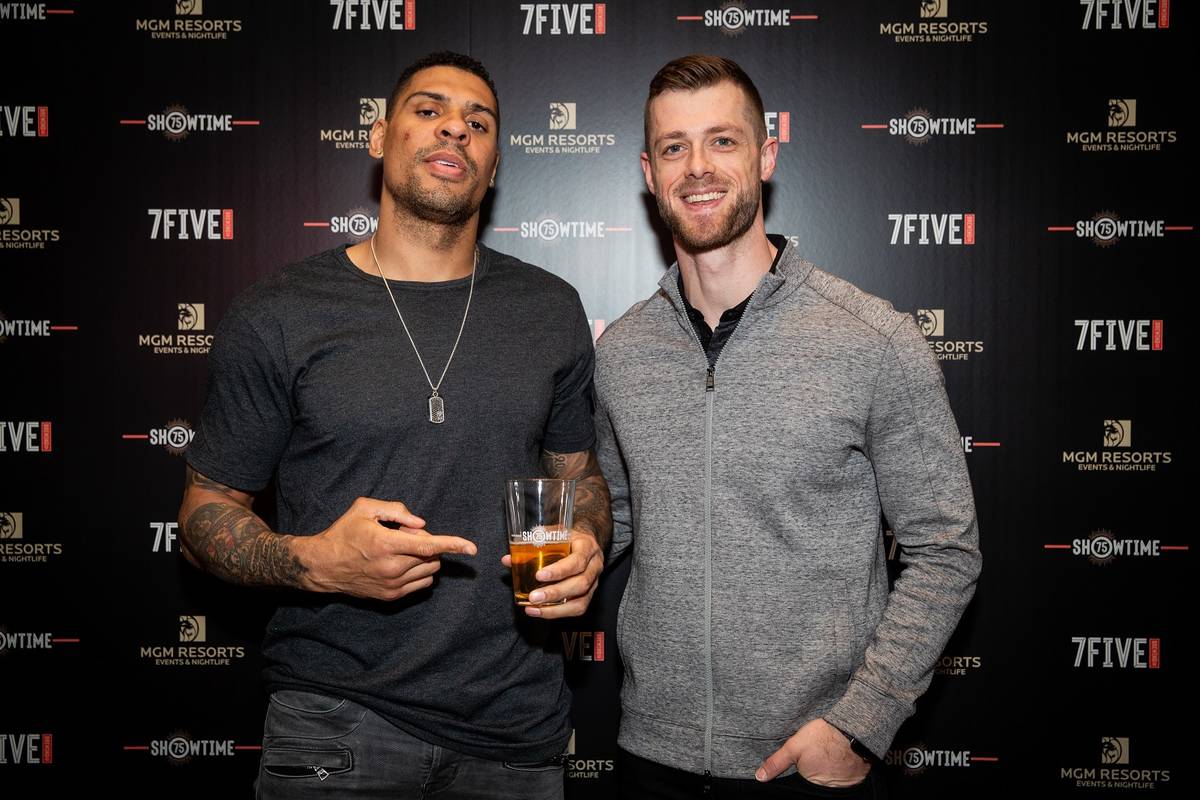 Ryan Reaves may be leaving Las Vegas, but his beer isn’t going anywhere.

The tough-talking right wing for the Golden Knights, who has become immensely popular with Knights fans and across the community, has been traded to the New York Rangers, the Knights announced Thursday. But 7Five Brewing Co., named for Reaves’ number, will stay right here in Las Vegas, where it’s made in collaboration with Able Baker Brewing Co.

“We’re full-steam ahead in every way,” said 7Five co-founder Adam Coates, who was vacationing in Canada. “Right from the start we knew Ryan’s a professional athlete and change is a big part of that business. We’re disappointed that he couldn’t finish his career there because he loves Vegas so much, but the brand and what we’re trying to do in the city remains. Vegas is his home; he’s going to retire there when he leaves hockey.”

“We’re looking at expanding to other markets, like St. Louis and potentially New York” as well as Reno, he said. “It’s really important for Ryan and myself and 7Five that we’re entirely committed to Las Vegas and so appreciative for the support that we’ve gotten from our partners and the community, and we plan on keeping that going — continuing to give back and being a big part of it for a long time.”