The predominant coronavirus strain circulating in Nevada has a mutation that may make it more contagious, UNR scientists have found.

The mutation is “associated with the possibility of more infections” but not greater lethality, said Mark Pandori, director of the Nevada State Public Health Laboratory at the University of Nevada, Reno.

Early findings of UNR’s research indicate that the genetic makeup of the strain includes a mutation that originated in Europe that may make it more contagious than the original strain out of Wuhan, China. It is this strain with the mutation that is now predominant globally, including in Europe, North America, Russia and most of Africa.

Three-quarters of the Nevada cases studied so far have been of the strain with this mutation, which migrated from Europe to New York.

“This strain appears to be more transmissible, and we know that it changes one amino acid of the spike protein,” said Richard Tillett, of UNR’s Nevada Center for Bioinformatics.

These are the same crownlike spikes depicted in images of the virus.

“This spike protein is the lock-pick the coronavirus uses to break into cells and begin infection,” Tillett said. “So it may be that this lock-pick is more effective at breaking into our cells, though we can’t rule out other, less direct possibilities.”

There is no consensus yet among scientists that the strain with the mutation is more contagious. Discussion continues on whether it is “more transmissible as opposed to now being the dominant strain by chance, emerging early on in the pandemic,” said Paul Hartley, director of the Nevada Genomics Center at UNR.

Within this strain, there is a subgroup with a mutation first detected in several southwestern states, the UNR research shows. Beyond Nevada, “it has only been seen rarely in Utah, Arizona and Texas,” Tillett said.

The other quarter of the Nevada samples do not have the mutation on their spike protein.

“Around 14 of the samples share a handful of different mutations in different genes which were first seen in the U.S. in samples from Washington state but of origin in Asia,” Tillett said.

“This mix indicates that there were multiple introductions of the virus into our state across both the Pacific and Atlantic routes” he said.

The new coronavirus is actually “quite stable as far as viruses go,” Tillett said, with the Nevada samples showing an average of seven mutations when compared with the original Wuhan samples.

As they work to develop vaccines for the new coronavirus, scientists around the globe will take into account the strain with the protein spike mutation.

“The fact that it has become predominant in Europe and the United States means it will not be ignored in vaccine development,” Pandori said. “Whether it affects vaccine efficacy is not known.”

There may be other health implications surrounding the biology of the different strains, “but we do not know enough about the virus yet to know,” he said.

Pandori said the UNR research is not connected with a study announced in April by the state of Nevada’s COVID-19 Response, Relief and Recovery Task Force.

The task force announced a “long-term scientific collaboration” and an “innovative genomic study” with the United Arab Emirates, which donated 200,000 COVID-19 test kits worth millions of dollars to the task force.

“The UAE provided the opportunity to participate in an innovative genomic study of the COVID-19 coronavirus using technology created by G42, a leading technology company in Abu Dhabi,” according to a news release with the announcement.

“I’ve not heard of it, and I don’t know what that technology is,” Pandori said.

Jim Murren, who chairs the task force and brokered the state’s discussions with the UAE, said there is no such study underway.

“The original idea was to do one, but we did not have basic testing capacity to make a study worthwhile,” said Murren, the former chairman and CEO of MGM Resorts International, which has had business partnerships with UAE interests.

“Now that we are testing at scale, we would like to help (University Medical Center) and Dr. Pandori scale research, but we haven’t addressed that yet,” Murren said.

News website Buzzfeed reported last week, citing reporting by the New York Times, that G42 owns an app, ToTok, that may have been secretly used by the regime of the United Arab Emirates to spy on people.

Murren said, “We have not done any business to date with G42.” 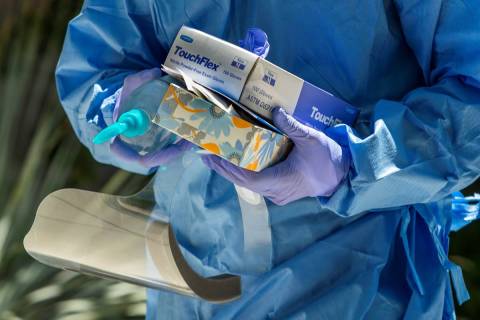 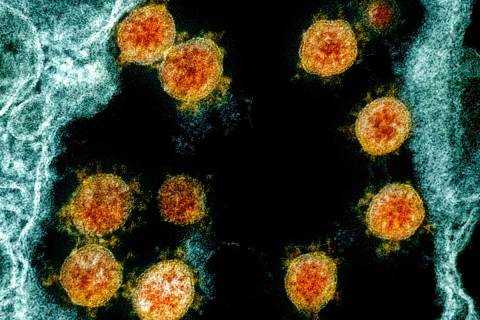 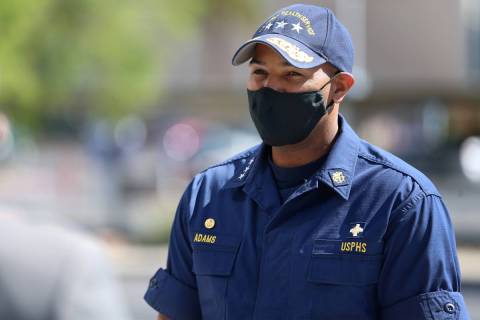 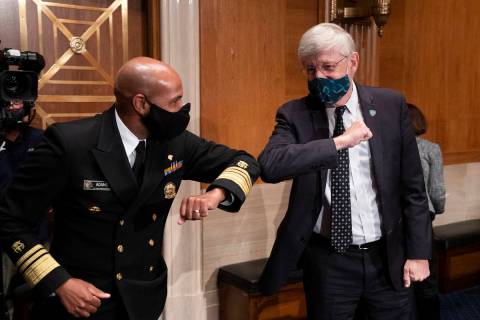