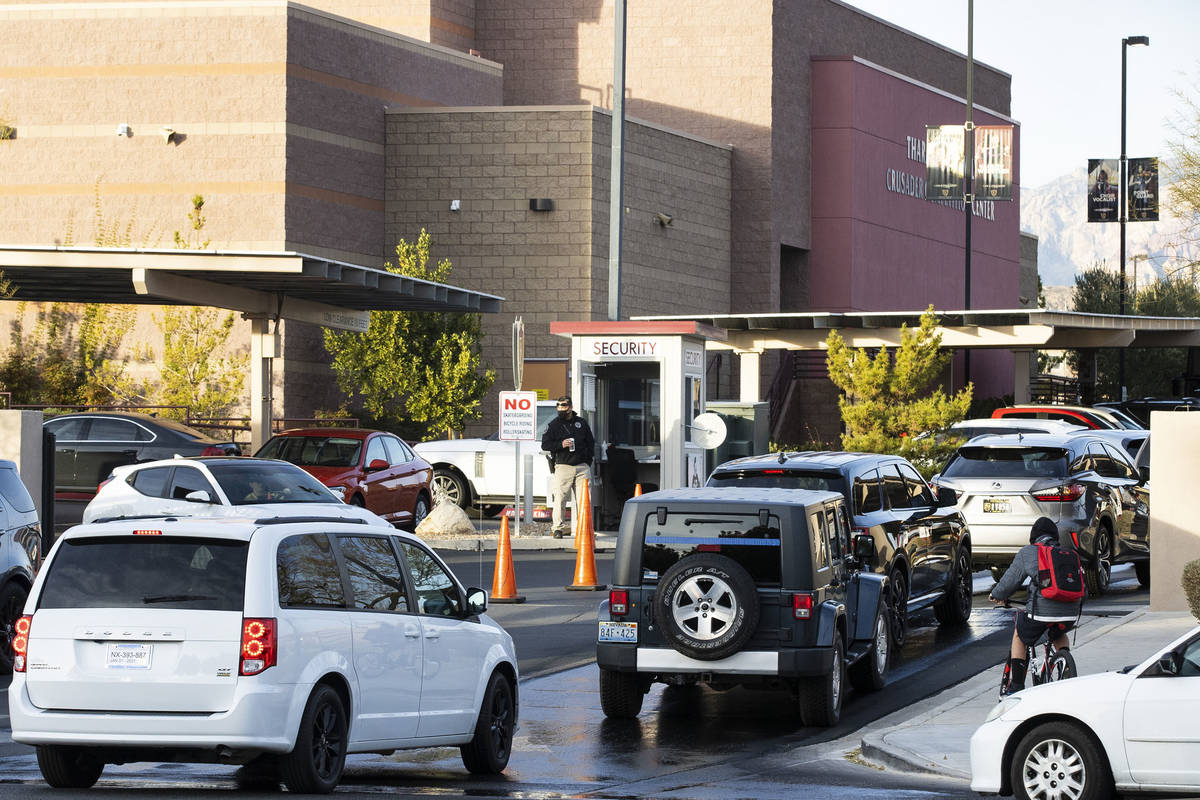 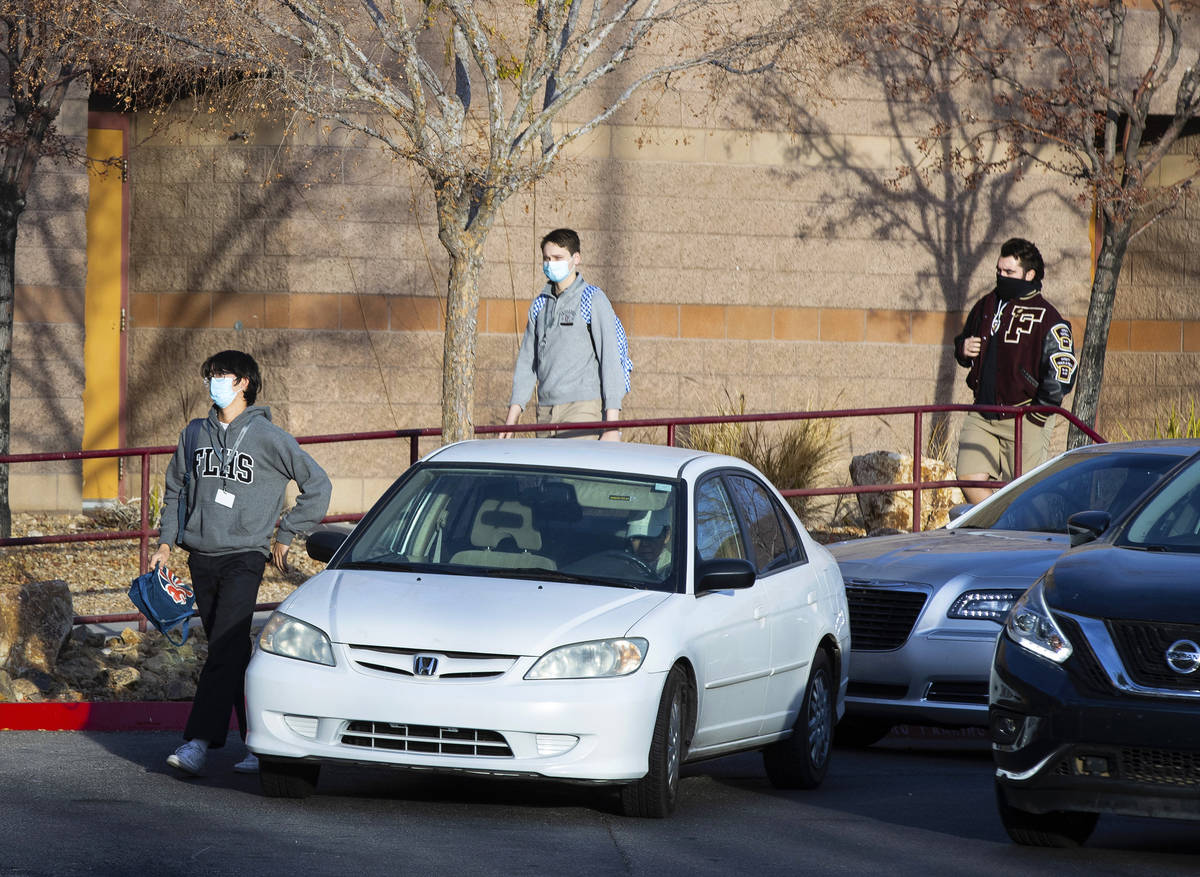 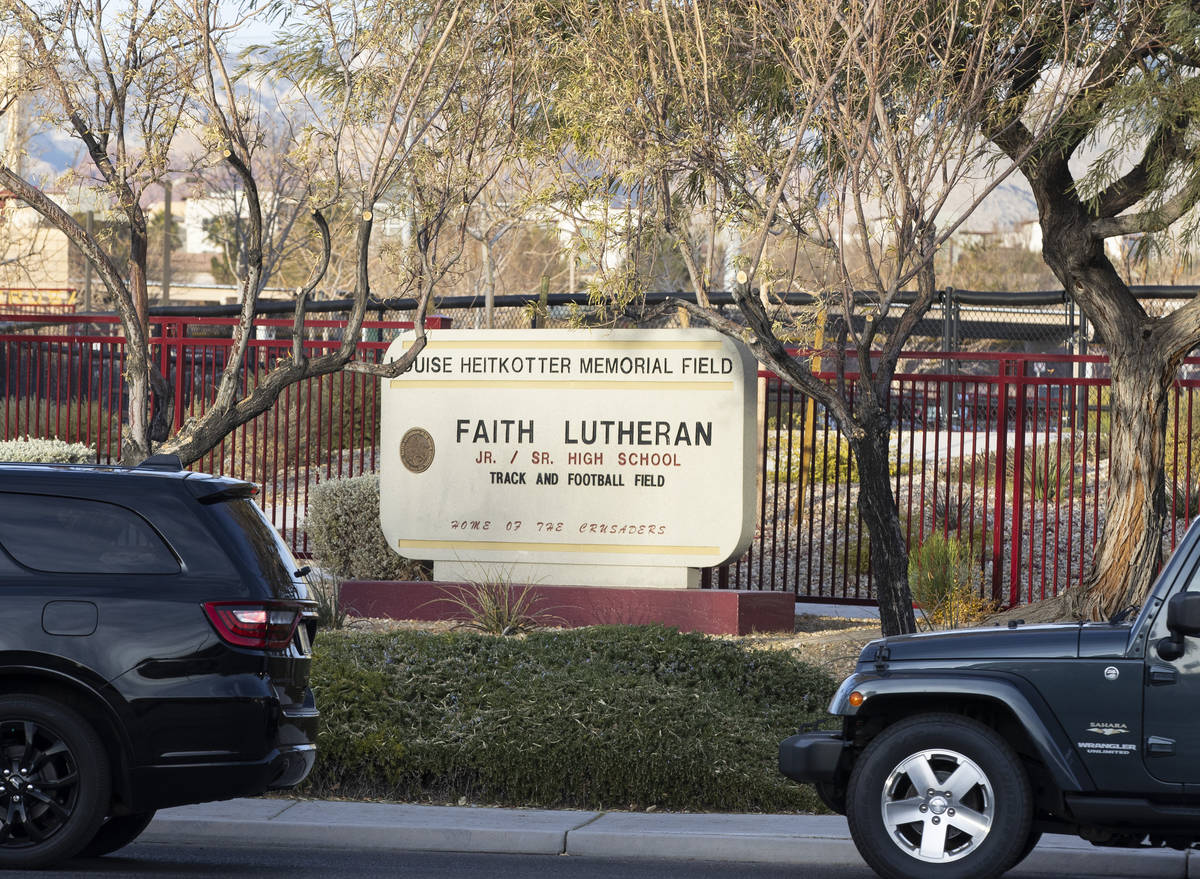 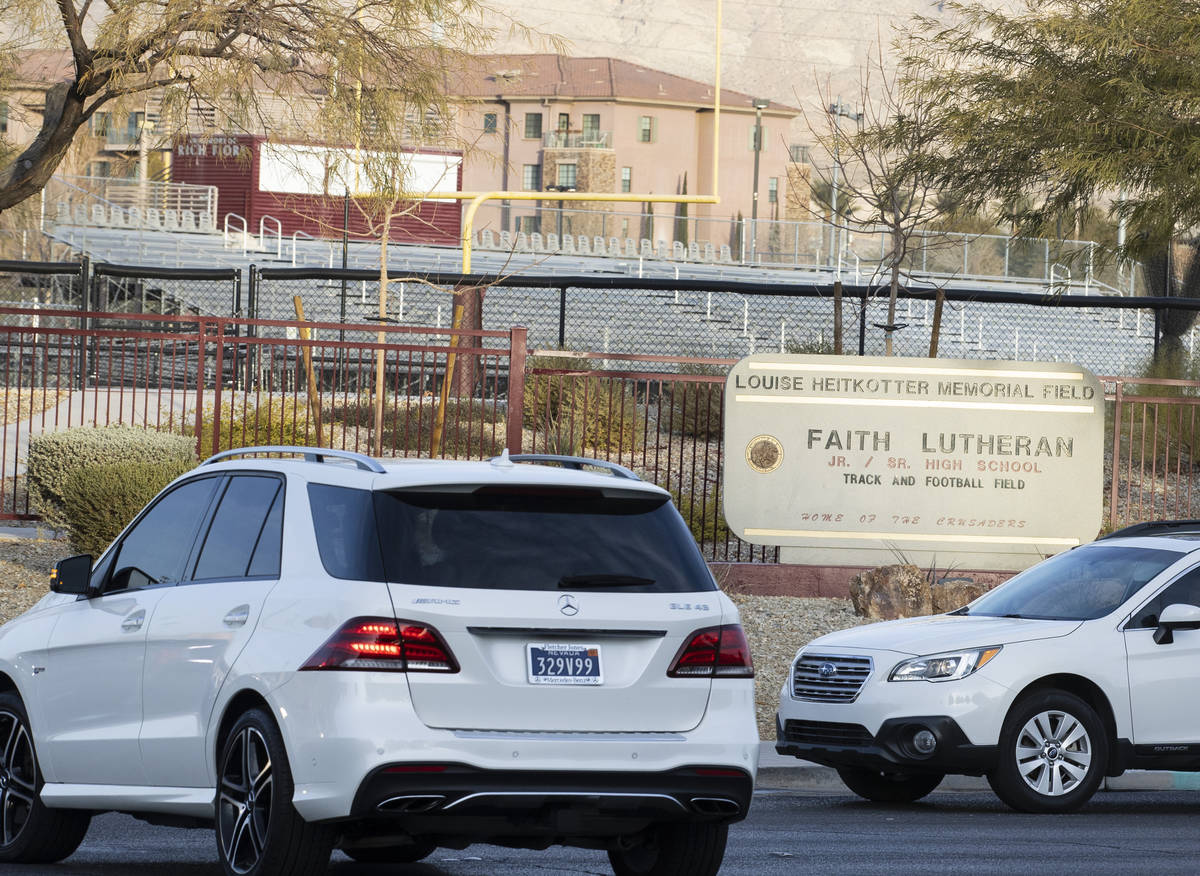 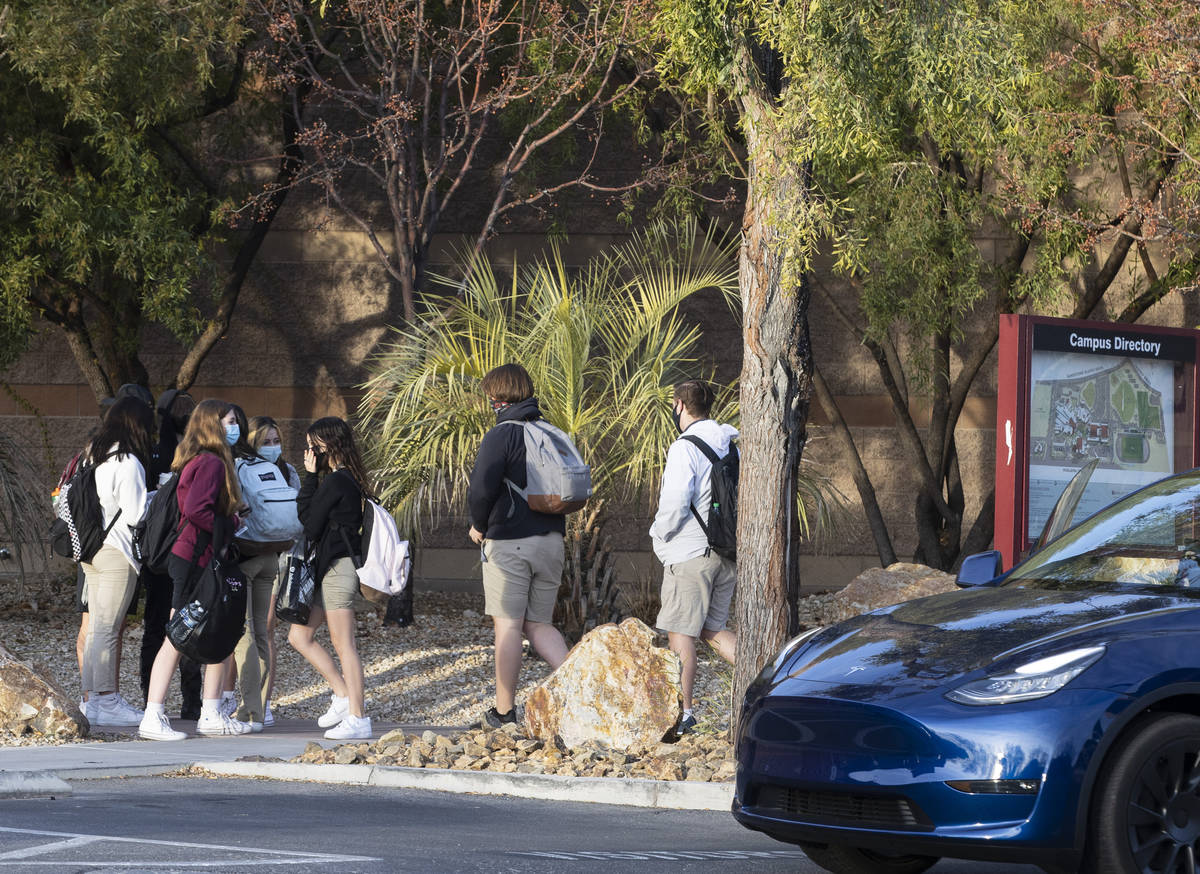 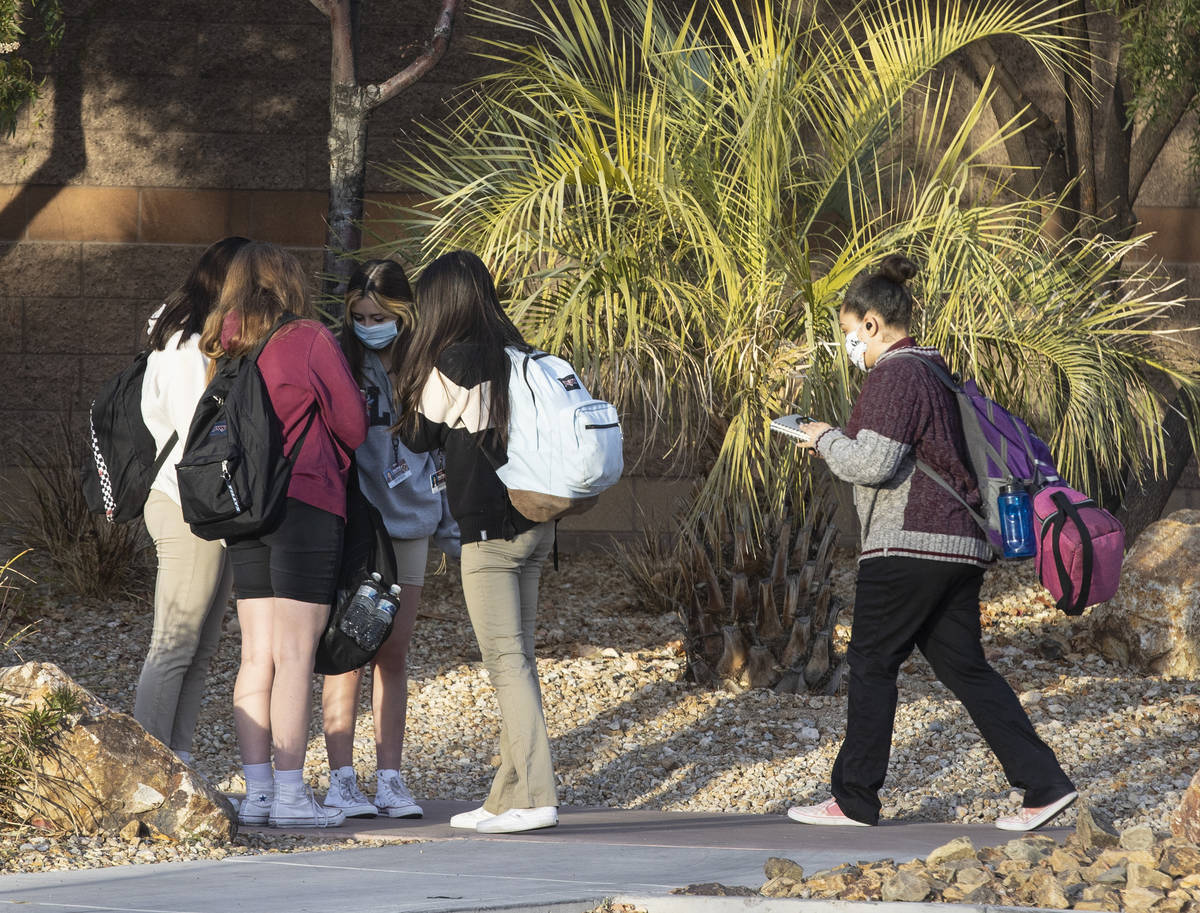 After operating for more than four months with a mix of in-person and distance learning, the largest private school in Nevada welcomed most of its students back to its Las Vegas campus full time early this month after receiving a waiver from certain COVID-19 restrictions from the state.

Eighty-seven percent of Faith Lutheran Middle School & High School’s roughly 1,900 students are back in classes five days a week after the school began bringing students back to full-time in person instruction in phases on Jan. 4, the start of second semester. The other 13 percent opted for full-time distance education, CEO Steve Buuck told the Review-Journal.

Faith Lutheran started the school year in mid-August with a hybrid learning system, with two cohorts of students alternating coming to campus two days a week for in-person classes and participating in distance learning for two days, and a full distance education option. The school’s 202 employees have been working from campus full time since late July.

The return to in-person instruction for most students stands in stark contrast to the Clark County School District, which has operated under 100 percent distance learning since mid-March. On Thursday, the School Board took its first small step toward reopening, approving a limited return to the classroom for in-person intervention with small groups of students identified as needing more support. No timetable has been set.

Most other Las Vegas Valley private schools have operated with full-time in-person classes since August. And some local public charter schools brought up to 40 percent of their students back to campuses beginning in October, although some later switched back to distance learning.

The return of most of Faith Lutheran’s students to the classroom required a “variance” approval from the state allowing the school to operate at 75 percent occupancy in each classroom while maintaining 3 feet of social distancing for every student, Buuck said.

The waiver means the school does not need to comply with certain provisions of two emergency directives for schools issued by Gov. Steve Sisolak in June and July requiring 6 feet of social distancing for high school students and all staff and capping attendance at 50 percent of the listed fire code capacity in school buildings. Younger students are only required to maintain 3-feet of social distancing under the directive.

“While the school’s plan has been approved, the school will continue to be monitored for adherence to mitigation measures, positive COVID-19 cases and potential outbreaks,” Litz said.

But Southern Nevada Health District spokeswoman Stephanie Bethel said in an email that the agency does not have any role in determining whether schools open or close.

“The health district is not the authority that approves individual schools — public or private — to reopen for in-classroom learning,” she said. “These decisions are made on an individual basis by the school itself or the school district in consultation with Nevada Department of Education.”

Todtman would not say whether the state had granted additional waivers to other schools, directing a reporter to file a request under state open records laws.

Buuck said that Faith Lutheran did not return to full-time in-classroom teaching immediately after receiving the waiver because the hybrid education system it had in place was functioning well.

“Our faculty felt they were finally in a groove doing hybrid and wanted to finish the semester that way, so we honored their wise input,” he said via email to the Review-Journal. “That also gave us time to listen to our parents and students via weekly surveys and make changes to several other operational issues to make sure we were ready for … the start of second semester.”

Sisolak’s directive allows schools to receive a variance from “certain health and safety protocols in areas where community COVID-19 transmission rates are sufficiently low, and it is determined the variance will not endanger students or staff,” the Education Department said in a July 28 news release.

But most COVID-19 metrics remain at or near record highs in Clark County, particularly numbers of hospitalizations and deaths.

On Monday, Sisolak announced a statewide “pause” originally enacted in late November will remain in effect until mid-February.

The “pause,” which does not apply to schools, limited public gatherings to 50 people and capped private gatherings at 10 people. Many facilities — including restaurants, bars, gaming establishments, gyms, libraries and museums — are restricted to 25 percent occupancy, though retail stores can operate at 50 percent.

“At the time I announced these measures, I called it a “pause,” because I truly hoped they would only have to last for a short period,” Sisolak said at a Monday news conference. “However, we remain at an all-time high, and due to Christmas and New Year’s, our case numbers are likely to increase over the coming weeks.”

In the first 19 weeks of school under hybrid education, Faith Lutheran reported an average of 2.1 COVID-19 cases per week out of a combined total of 2,100 students and employees. Contact tracing indicated that none of the infections was believed to have occurred at the school, Buuck said.

In an undated COVID-19 video update posted last month, Buuck said the school was wrapping up the 17th week of classes and 20th week with employees back on campus. At that point, a total of 11 employees and 34 students had tested positive for COVID-19 — “thankfully, a very small percentage of the Faith family.”

Buuck said other measures designed to mitigate the spread of the coronavirus being enforced at the school include daily temperature checks; the mandatory use of face masks; one-way hallways during passing periods; staggered class dismissal times to avoid overcrowding in halls; and serving lunch in four different locations, several of them outside. Additionally, desks are wiped down with a disinfectant after every class period; janitorial staff cleanse door handles and other frequently touched surfaces daily; water fountains are disabled; nonessential visitors are limited; and large gatherings are prohibited.

The Review-Journal is owned by the Adelson family, founders of the Adelson Educational Campus. 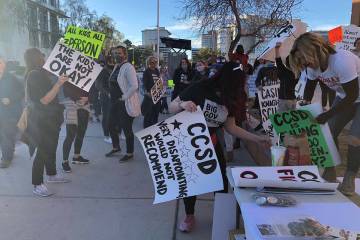 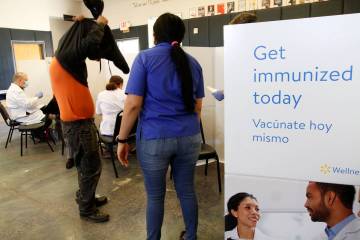 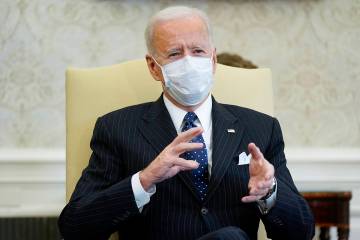