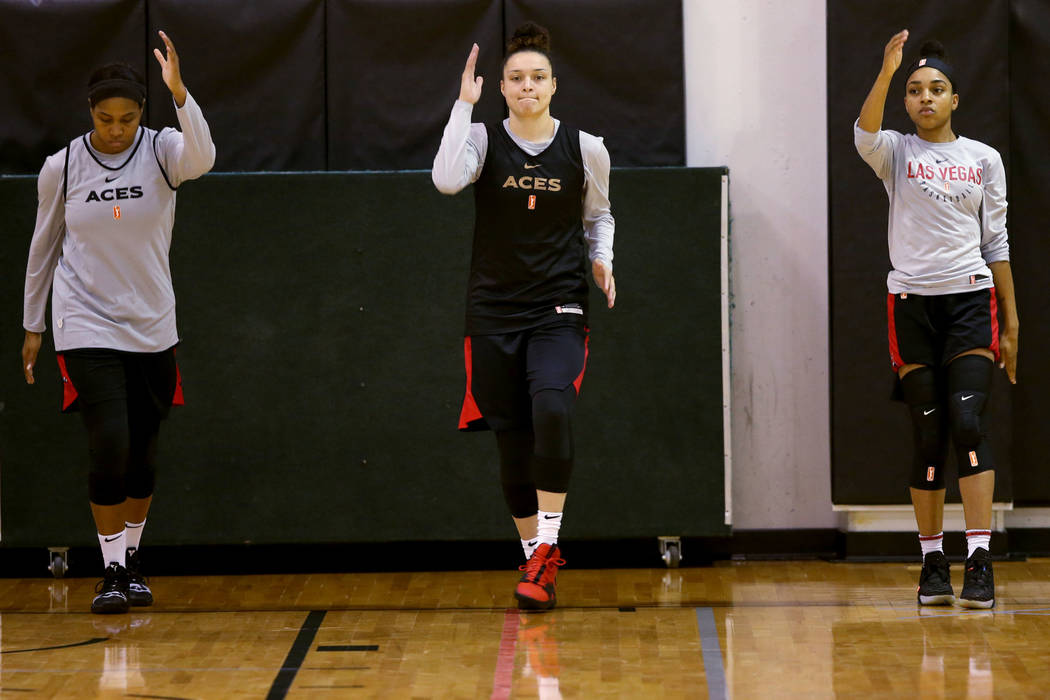 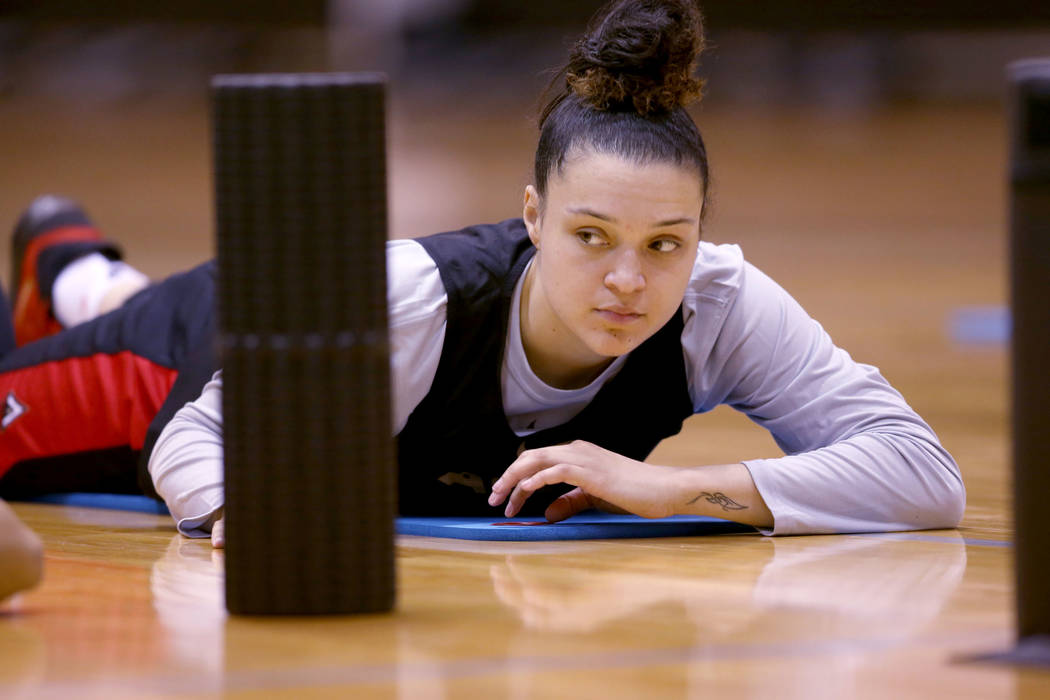 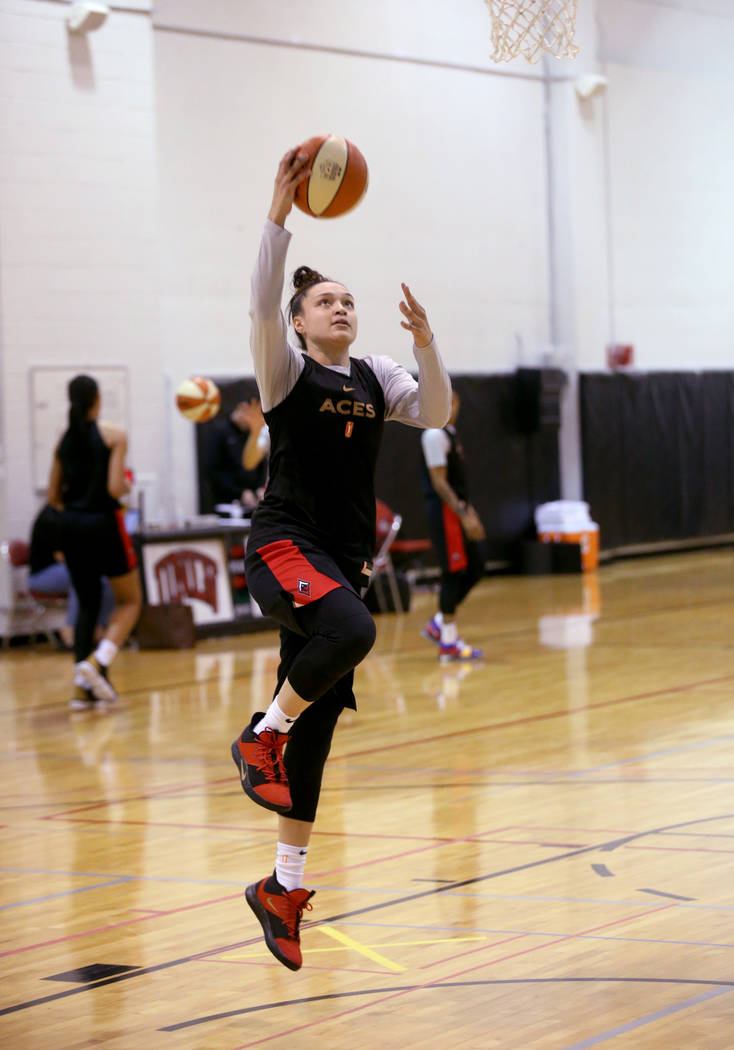 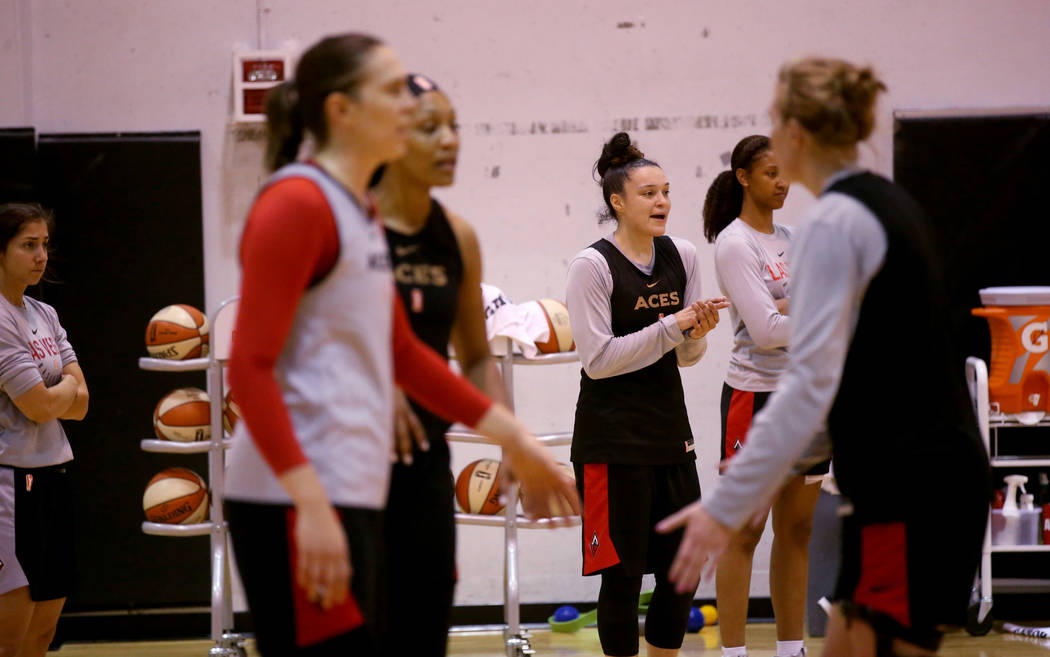 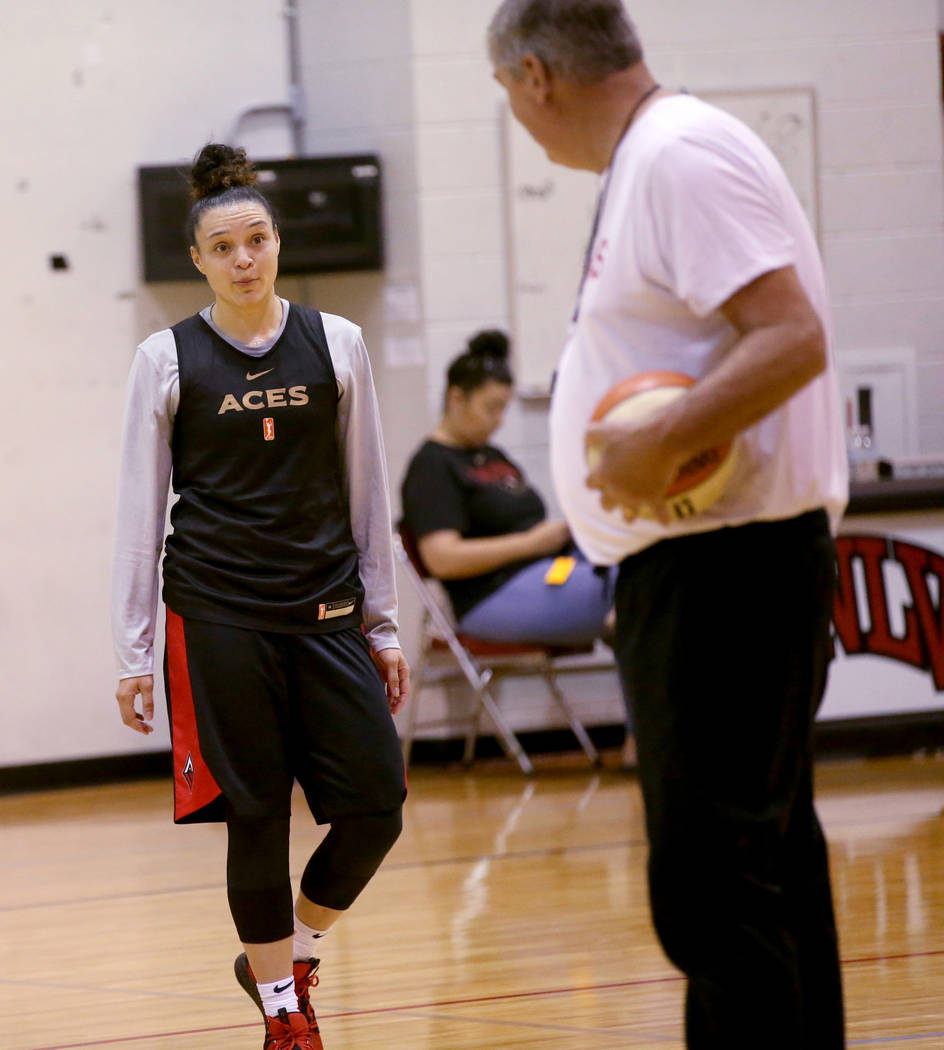 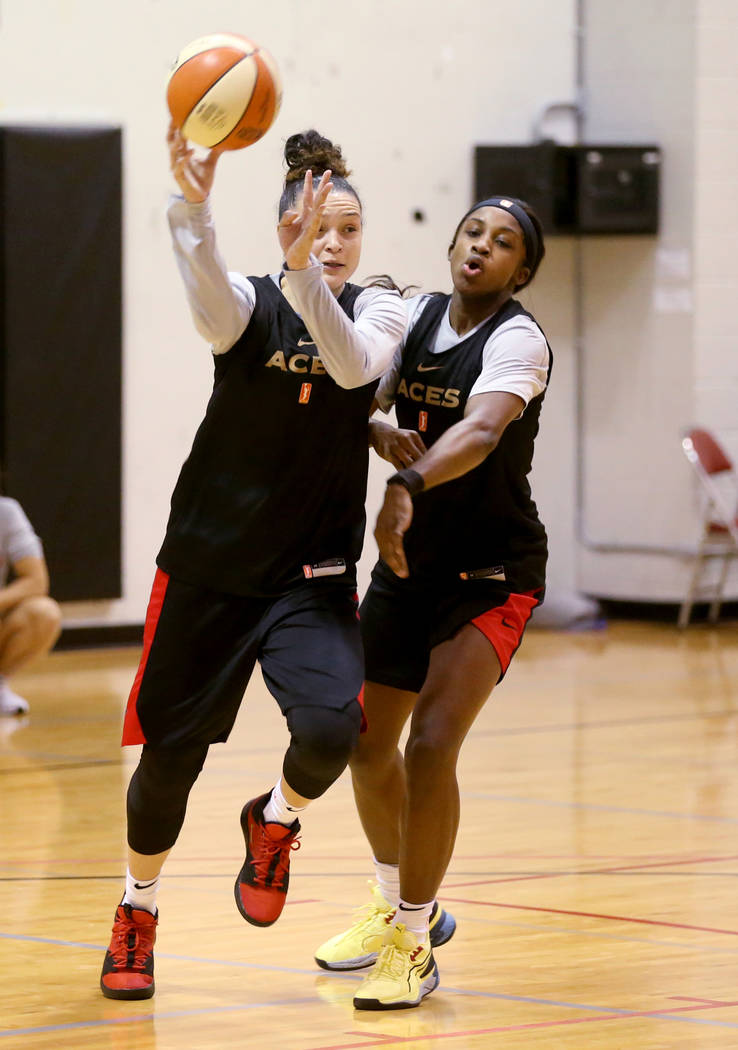 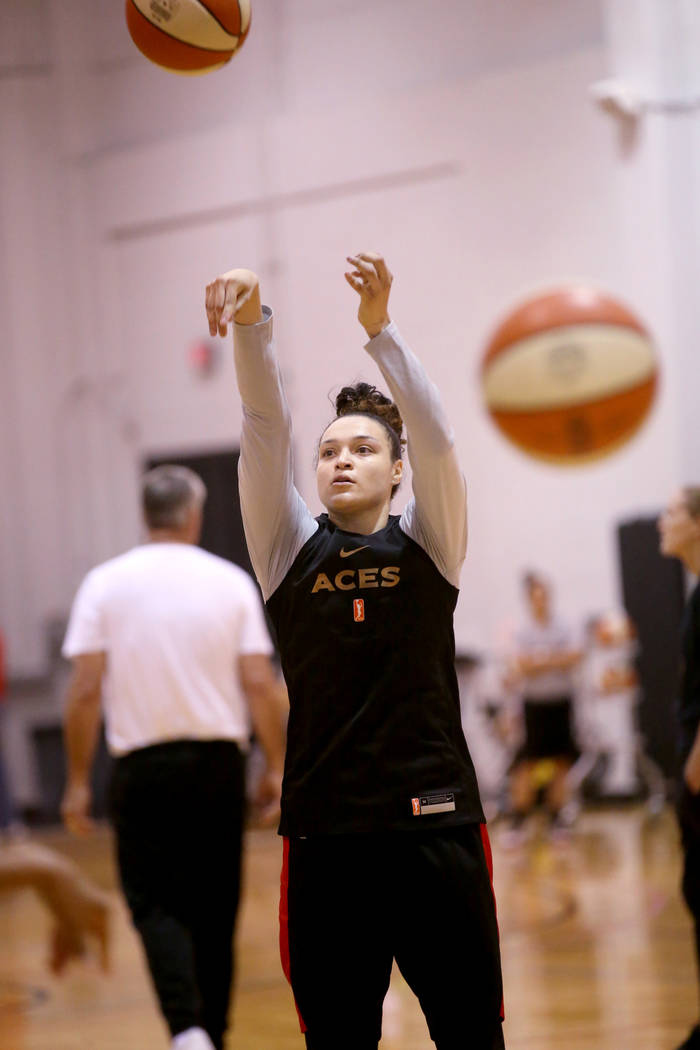 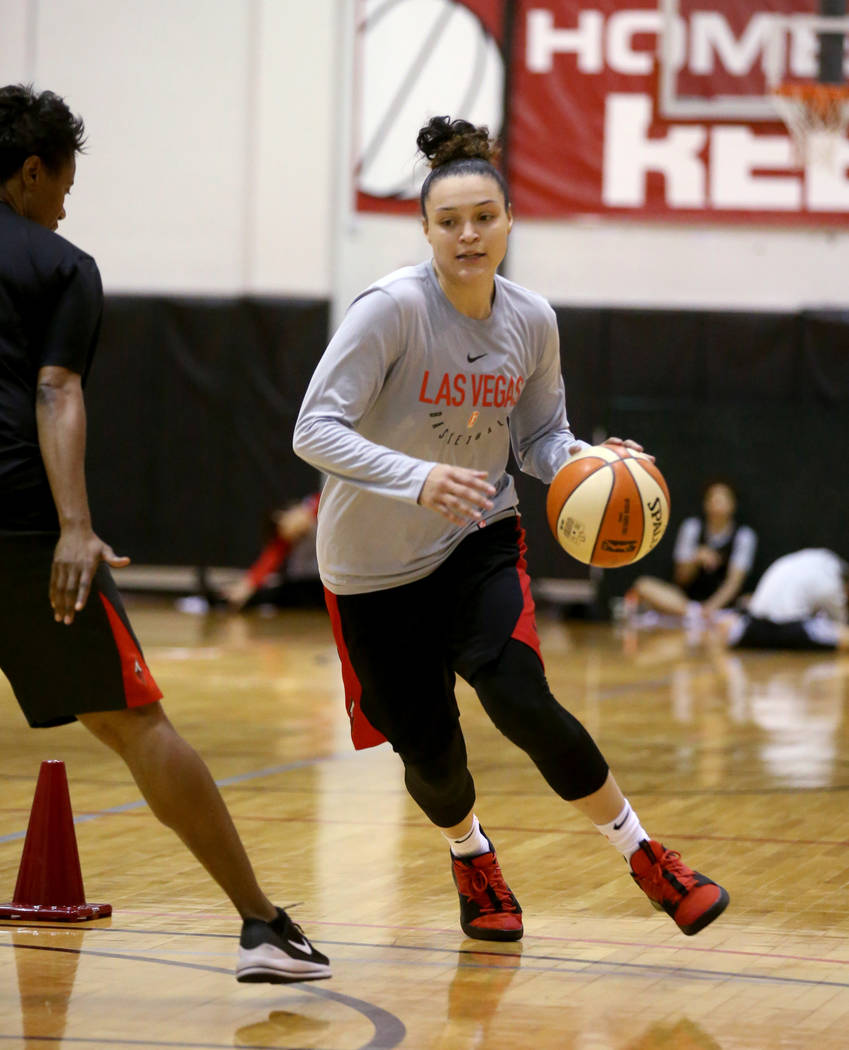 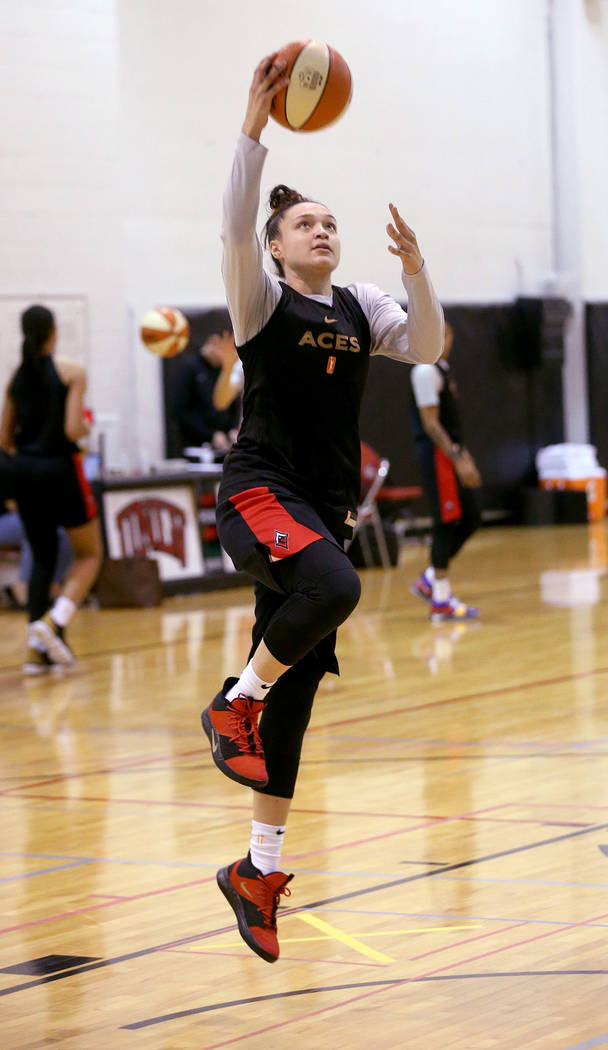 Aces coach Bill Laimbeer told WNBA All-Star Kayla McBride that she might not score as much as she did last season.

And McBride said she was OK with that. Whatever it takes to win.

The 5-foot-10-inch guard returned home to Erie, Pennsylvania, on May 1 to spend time with family before arriving in Las Vegas on Tuesday for her first training camp since her rookie season in 2014.

“As great as she is with individual accolades and achieving those things, I can truly say that the team and whatever the team needs is what her focal point is,” said Breen Weeks, McBride’s longtime trainer. “She was determined to get back to the winning aspect, feeling what that is … continuously winning and bringing that to the city of Las Vegas.”

Entering her sixth season in the WNBA, McBride already has proven that she’s an elite player. In the franchise’s first year in Las Vegas, she averaged a career-high 18.2 points on 44.2 percent shooting, including 39.3 percent from 3-point range, while helping the team win six more games than in 2017 when it played in San Antonio.

But the Aces missed the playoffs with a 14-20 record, and McBride, fatigued from months of competition, was leaning toward staying stateside to recover after the WNBA season.

Until UMMC Ekaterinburg contacted her in late September.

“It was a choice I made for my career, and it paid off,” said the 26-year-old, who had missed the past four training camps because of her commitment overseas.

In Russia, McBride teamed with fellow WNBA All-Stars Brittney Griner and Courtney Vandersloot to help UMMC Ekaterinburg to a 40-2 aggregate record and titles in the Russian Premier League and the EuroLeague, regarded as the second-best league in the world.

McBride averaged 14.1 points on 47.5 percent shooting, shot 46.7 percent on 3-pointers in EuroLeague play and assimilated to the club’s championship culture alongside other great players.

All while fulfilling one of her lifelong goals.

“The fact that I was over there with great players and winning (championships) like that, it makes you want to come back and do the same thing over here,” said McBride, the EuroLeague scoring champion in 2018. “It’s not about being an All-Star, it’s about being the best player I can for the team.”

Laimbeer said he’s glad McBride played alongside other great players abroad and hopes that particular part of the experience benefits her.

Other Aces players are in line to produce more this season, and Laimbeer knows McBride’s offensive capabilities but hopes she continues to contribute in other intangible ways.

“Other people can (produce) also when you play with great players. Hopefully, she learned that,” he said. “This is now about winning, not about individual stats or just being competitive. Now it’s about trying to win basketball games.”

She’s a two-time WNBA All-Star. And a Russian Premier League and EuroLeague champion.

“I learned a lot, and I’m trying to bring what I learned over there and the winning mentality over there, here in Vegas,” McBride said. “Right now, it’s more mental. What mental toughness can I bring to this team? That’s what’s going to carry us into the playoffs.”