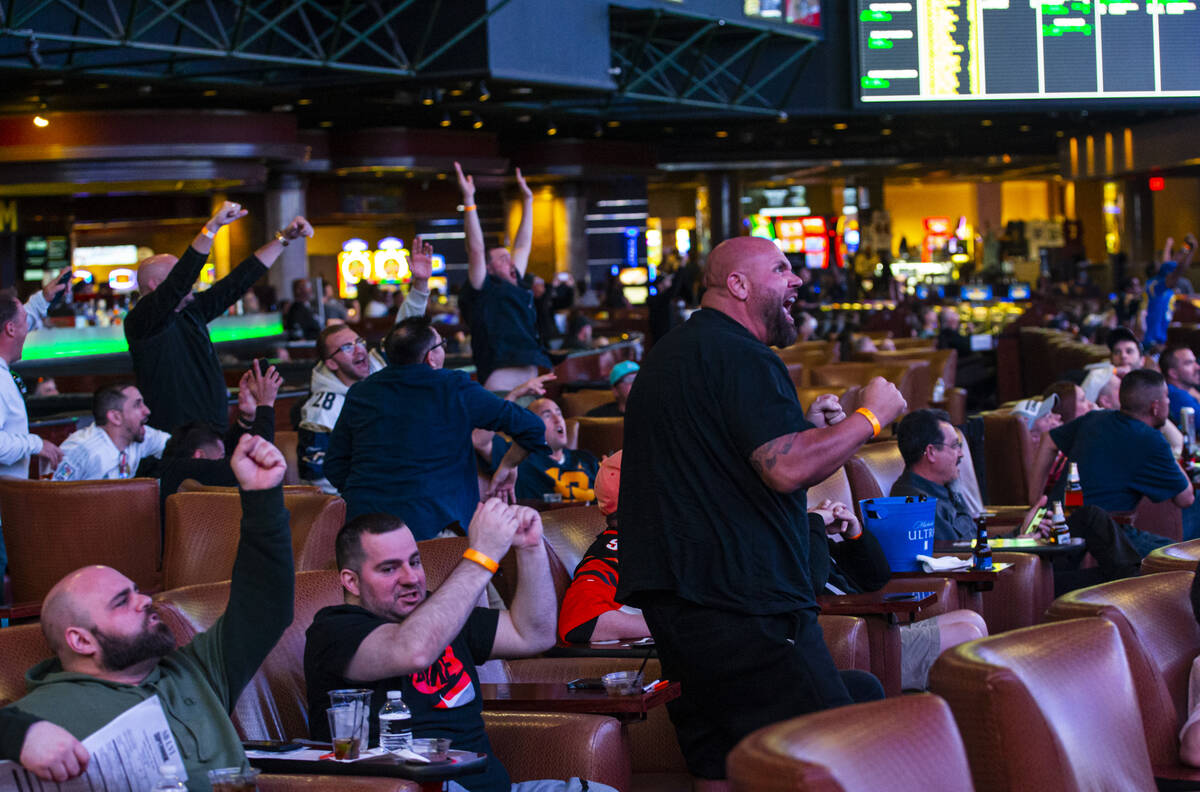 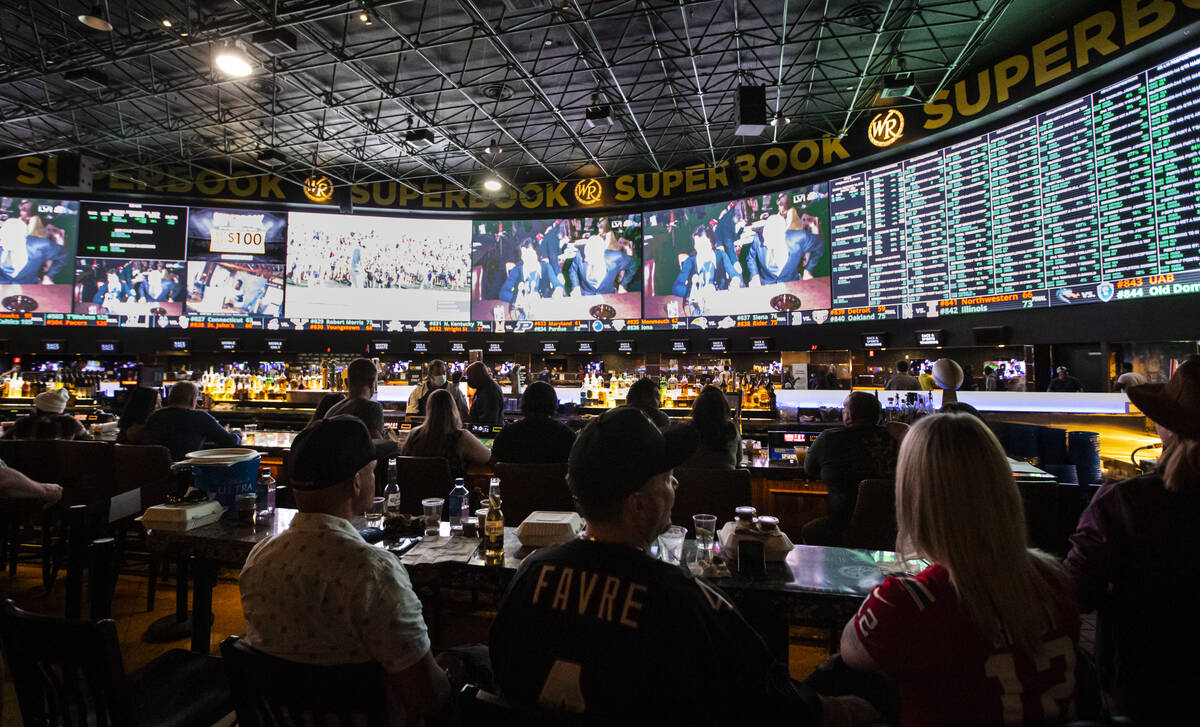 Attendees wait for the the Super Bowl to begin at a watch party at the Westgate SuperBook on Sunday, Feb. 13, 2022, in Las Vegas. (Chase Stevens Las Vegas Review-Journal) @csstevensphoto

The Los Angeles Rams rallied in Sunday’s 23-20 comeback win over the Cincinnati Bengals and so did Nevada sportsbooks, which shattered the state record for Super Bowl betting handle.

Red Rock Resort sportsbook director Chuck Esposito said a confluence of factors contributed to the surge in handle, or amount of money wagered.

“Overall, I think the general acceptance of sports wagering is a big part of it,” he said. “The increased volume on both in-play (betting) and props; the continued growth of mobile; the restrictions on masks lifted; the 100 percent occupancy compared to 50 percent last year; and the willingness industry-wide to take higher limits.”

Nevada set records for Super Bowl handle in three consecutive years from 2016 to 2018. But last year’s handle, which was intercepted by COVID-19, was the lowest since 2016.

“This year’s total continued the trends we have been witnessing in sports wagering during 2021, where the state saw three consecutive months of over $1 billion in wagers and an all-time annual record was established with $8.1 billion,” NGCB senior economic analyst Michael Lawton said in an email. “The catalysts for this year’s record was that (Sunday’s) game had two very distinct betting options for customers due to the spread being at -4½ and the money line wagers, which attracted healthy action on both sides.

“Furthermore, this year there was a normal Super Bowl party environment with COVID-19 restrictions, including mask requirements, being lifted. … in addition to the continued acceptance of mobile sports wagering by customers, which allow the books to offer a wider variety of betting options with proposition bets and increased in-play wagering.”

“Another factor is the rise in larger bets we’ve been seeing in recent years. We’ve seen an increase in million-dollar wagers across town.”

Nevada books broke the record without the $9.5 million in bets placed by Houston furniture store owner Jim “Mattress Mack” McIngvale, who made his wagers on the Caesars Sportsbook mobile app in Louisiana.

“Outside of the Raiders being in the Super Bowl, whenever a California team is a participant, Nevada will always see an astronomical handle,” he said. “If the Raiders ever make it, that will be the record I doubt we ever see beaten.”